Have started a new campaign with the full realse and oh boy does smithing suck. 5+ hours just to unlock the parts I wanted

Please make it so that parts you unlock for 1 weapon are also unlocked for others if shared between those weapons.
The best example of this is pommels, which often take up more than 50% of the unlocks for a weapon, they're the same for all weapons, and you have to unlock them all separately, for every single weapon.

I think the devs mean it to be hard. If it's not a serious grind it would be too powerful. Hard to balance.

fragonard said:
I think the devs mean it to be hard. If it's not a serious grind it would be too powerful. Hard to balance.
Click to expand...

It's not "hard", it's just extremly annoying and time consuming. Smithing being op is a sperate issue, of which the main culprit is the fact that some 500~ gold weapons(pugios,throwing daggers) in the shops give top tier metal when smelted.

Maybe this is a better alternative for you "smithing" addicts 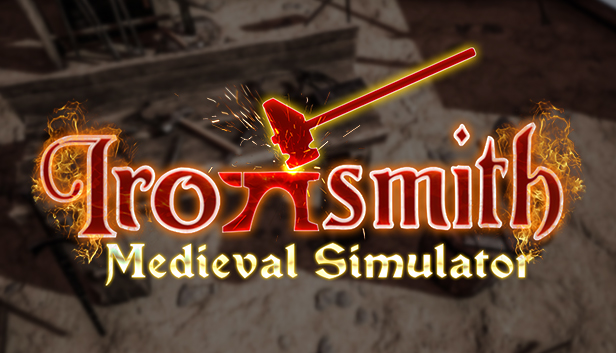 Save 90% on Ironsmith Medieval Simulator on Steam

Heroes are not born. They are forged in darkness. And who knows forging better than the ironsmith himself? Experience the hardship of making medieval weapons, armors and tools in a simulation taken with a grain of salt

Smithing in BL is a joke and/or cheat. Maybe that other game is less of a joke 😄

fragonard said:
I think the devs mean it to be hard. If it's not a serious grind it would be too powerful. Hard to balance.
Click to expand...

Smithing unlocks are tied to the cost of the weapon you smith and smelt, so they can just adjust the values. I agree that the values vary way too much, you can craft a 10k denar sword for the same material cost as a 600 denar spear.

Just to add on a thought to this topic, rather than making an entirely new thread; I love this game, but as OP stated, the current system for learning patterns is just... bad. The randomness of unlocks adds no value to the game, and with how many there are across so many item types, it just adds a massive time waster that doesn't feel good in any way as a player. It's rather punishing, frankly. An elegant solution to this, perhaps, would be to have in each part of the world, or maybe at blacksmith shops specifically, to add an NPC that would teach you smithing patterns/parts for money and time. I think it would be reasonable to have to travel to different parts of the world to learn how to make the local weapons, but at least that way, the time spent is to gain the knowledge that you actually seek in an active, intentional manner, instead of purely random, frustrating chance. One could even get the woodcarving shops in on this for teaching handles/shafts.

I can't help but feel like this would be a pretty easy to implement solution to the vanilla game.

I want a non-leathal blunt head for my 2H Mace!
I want to capture looters, forest bandits and sea raiders to make a bandit army!!!
Does anyone know how to unlock a non-leathal 2H Mace head?

The first blunt heads are T1 if I remember right, so you'll just have to craft and smelt (also look for low difficulty 2h mace orders) until you can unlock them.
You must log in or register to reply here.

i would like for these things to be addressed

Pommels have to be unlocked for all weapon categories