Skraelinga - North & Central America 1000AD ​
It has been 1000 years since the death of Jesus of Nazareth, and the world is in the midst of the Medieval Warm Period. Norse settlers are expanding across the Atlantic and founding settlements in "newly discovered" territories like Iceland, Greenland, Markland, Vinland and Helluland, clashing with the Innu, Dorset and Beothuk who greatly outnumber them... The Haida and their Salish, Tlingit and Chinook neighbors in the west are holding great potlatches, distributing all their wealth in a show of power, creating great artworks and weapons, and waging war for slaves, territory and revenge. In the East, two confederacies have united many tribes under a common banner. For now, the Haudenosaunee and Wabanaki Confederacies are peaceful neighbors. In the arid South, born from the ashes of the Olmec civilization, the Tjinn tribe holds a great length of the Eastern Coast, bordering the Yucateco to the east and the Mexica to the west. I probably mentioned less than half of the nations even going a bit longwinded

there are so many more even though I'm condensing entire culture groups into singular entities.

Planned Features to Add
​
Tribal Nation:
Maximum 3 clans (for example, the Tlingit one-clan-tribe could defect to Haida Nation and then Haida would have 3 clans: raven, eagle and tlingit)
The Chief wields even more power.
Bonuses:
Strong internal politics, relationship bonuses,?
Subtypes:
Potlatch: the leaders give all their money and some goods to everyone when they hold a feast.
If the player is a member of a potlatch society and does not give adequate gifts they will get ostracized FAST.

Confederacy:
Maximum 6 clans (For example, the Confederacies in the east will control territory equal to several states of the usa)
The Chief wields a great deal of power.
Bonuses:
Recruitment bonuses: lots of troops
Drawbacks:
Reduced taxation (Spread Thin)

Arctic Nation:
No clan limit
The king is essentially a figurehead, or the faction will have no leader if base game allows. Territories go based on votes between chiefs
Bonuses:
Significant taxation penalty to southerners who conquer it as the terrain is inhospitable and challenging to govern. (Norsemen, Innu, Dorset are meant to go at it back and forth.)

Norse Colony:
Maximum 5 Clans (4 at game start - one on ellesmere island (helluland) , two in greenland, one in iceland)
Huge emphasis on voting (The Allthingi)
Bonuses:
Charter a merchant ship to sail to Europe and sell ivory and rare furs. Big risk, big reward.

Faraway Land:
It's a dummy nation that you can't access so that places off-map can send caravans.
Only one planned right now is Britain (just represents british merchants) which imports ivory at high prices and might export weapons and armor at crazy gouged prices.

​
This mod is only in an early planning stage. I have worked out a lot of what I want it to look like, including plotting the locations of villages, towns and castles on Google Earth, but I have a lot of models and textures I want to complete before the mod tools even come out. Happy to develop alone but if anyone wants to be a part of it talk to me! Here's the 2 small models I've made so far,
it's just a couple Haida war clubs. I am learning as I go and my attempts at texturing were just awful so here they are untextured for now but I will learn!!! 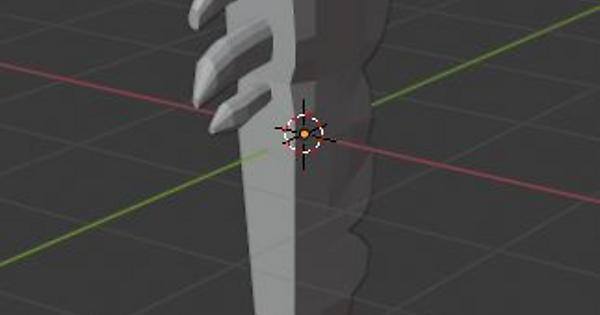 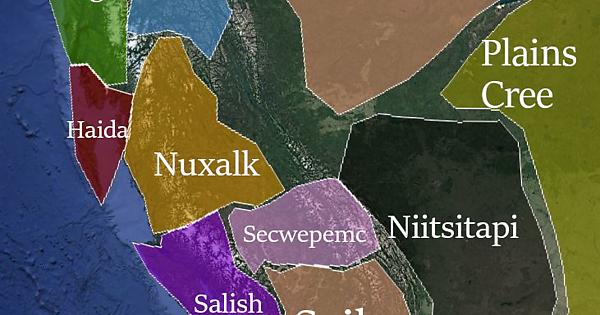 This mod is also going to involve a lot of historical filling-in-the-blanks - I can only find good data on the year 1000AD for the Haida (Who are easy because they've been on that island since before the first tree, literally!) Norse, Dorset, Tjinn and a few others. The vast majority of my maps are going to be based on the locations of cultures immediately before contact, or even in the early stages of european contact.

I salute your will and ambition to create a "First Nations" mod because it would be extremely interesting and fun. As a native myself, I wish to create a mod centered in NE America around 1642 AD. Don't know if it'll ever happen, it's so time consuming lol.

*I honestly think you have mistaken "Wabanaki" for "Wendat/Wyandot". Wendat and Haudenosaunee confederecies were both great rivals and practiced agriculture (the 3 sisters: corn, beans and squashes). If you were indeed speaking of those 2 nations, than you meant Wendat and not Wabanaki (whom are borthers of the North and did not practice such agriculture).

need lots of rivers on the map that can be boated

if you need sceners give me a shout
You must log in or register to reply here.

Help with the name of a Celtic march (British military music)

Deaths being added back?