We already have "Go the keep", "Go the arena", "Go to the tavern district", "Enter the smithy".
I suggest displaying this options directly on the exact location in the settlement model (like the image posted) as an addition or substituting the entries in the UI.

I also suggest that:
I think this goes in line with the TW decision of "unifying" the campaign map terrain with the battle map scenes, this is the next logical step in my opinion.
Also, this features would likely drive people into visiting settlement scenes more often and open ground for more in-scene gameplay experience both in native and for mods to explore. 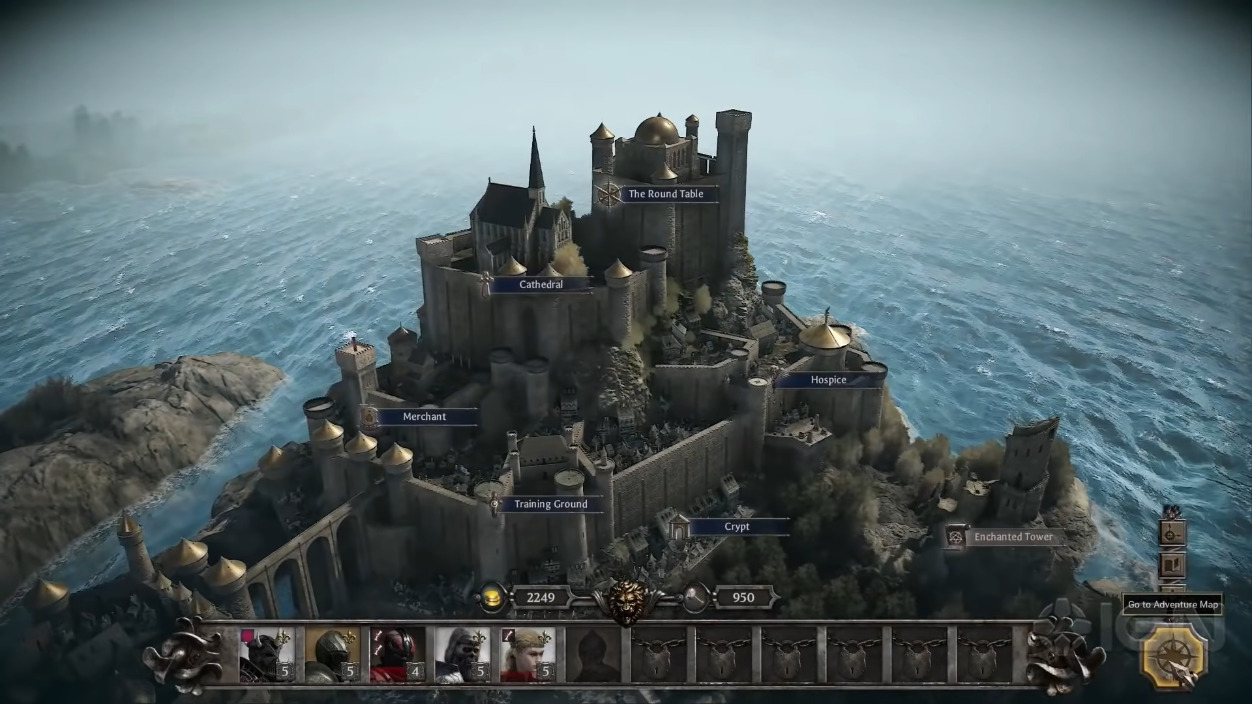 Not for me. It does nothing to encourage players to explore BL's great settlement scenes and increases the level of UI customisation to Calradia, which full conversion mods will have to replicate or unscramble.

NPC99 said:
and increases the level of UI customisation to Calradia, which full conversion mods will have to replicate or unscramble.
Click to expand...

I don't know if a system like this would create problems for modders, but that's something devs need to take into account.
Just some ideas tho, devs are more qualified to see the pros and cons, so I'll leave that to them now

Years ago we talked about something like this internally, but we realized it was going to take considerable amount of time and effort to make it happen, for very little in return. Effort and time that could be spent elsewhere. At this point it's a little late for changes like this.

So yeah, I agree with your general points and it makes sense but it's a little late at this point.

Can we have a display of Merit Score?

Personal comments about characters and settlements in the encyclopedia