CANTON said:
Yeah I dunno. On a similar note, I think that arguing about TW or whether the game is good isn't driving the conversation forwards. A cursory glance at your posting history would suggest that this is your "thing" on the forums (specifically defending TW). Me, on the other hand, I just troll. At the end of the day, neither of us are bringing new ideas to the table. Everyone is just recycling old talking points.

Imagine, alternatively, that the devs posted a video of the new combat changes. Maybe demonstrated through an FT7 duel or a small groupfight. We could talk about what we like and how we feel about the changes. Alternatively, if they posted cav gameplay then we would have something interesting to argue about. The onus is on the devs to facilitate that; I think that we should make that known.

As it becomes increasingly apparent that there's almost no topic which is undiscussed, people are posting less. At a certain point, I'll probably just take your advice and leave. Hopefully it doesn't come to that, as the forums are a great place for passionate players to offer feedback. Once again, that requires dev intervention, not ours. The forums today remind me of someone asking for feedback on an essay they haven't written.

Yeah.. I completely agree. That's a really good comment. I'm not really adding anything either anymore I agree - that's 100% true.


Craven4 said:
axios its not the critics fault for this, its the devs. cry out your frustrations at them and you'll become enlightened
Click to expand...

Yeah maybe you're right in a way... lets be very clear - this whole... thing has been one of the biggest disappointments of my entire life. Whether the game is good or not is irrelevant. The way TW & community have been for the last year or so has just made me miserable with the whole thing...

I waited 8 years for bannerlord. I wanted it to be an amazing experience and it's turned into this? I'm not even sure why I bother defending anymore; or who it is supposed to be in benefit of? Maybe myself? I don't want to feel like I've wasted all that time...

I enjoyed the game - but I loved the community... and that community just no longer exists in the way it used to - and I think that's what kills me.

AxiosXiphos said:
I'm not even sure why I bother defending anymore ... I don't want to feel like I've wasted all that time...
Click to expand...

Neither is anyone else. You did waste all that time.

More on topic, until I get 750; but it's so much of a chore; it's not a good relationship... it's like an abusive one where I can't leave.

Having a higher pop skirmish server would be good for both casual and competitive. Multiple clans all fighting in the same server and larger clans all being able to play together would bring some interest back in the game. There is no content to sustain a community except for tournaments so it's only tryhards left.

I say skirmish because it's more realistic to implement quickly and a mix between battle and deathmatch. 1 life battle mode was my favorite game mode on warband but I think the way things are balanced at the moment it just won't work out well.

I never said the game was unredeemable axios, all I’m saying is that there’s a defeatist attitude on the Na competitive discord and people have finally started abandoning the game 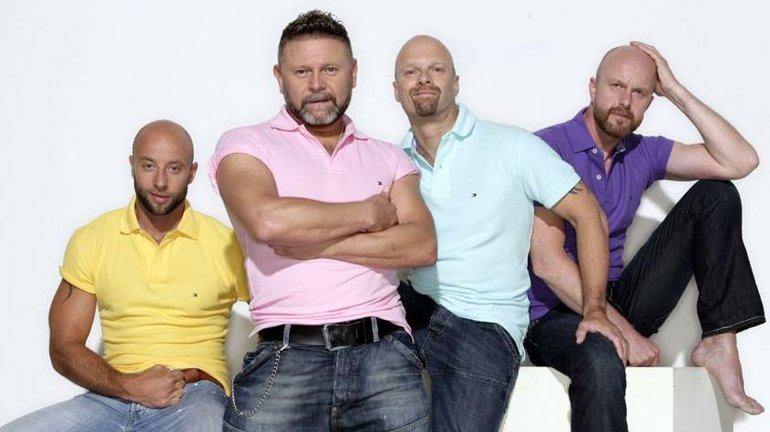 Bannerlord PW will be beyond sick, assuming TW can fix whatever nonsense is causing server crashes

EbdanianAdmiral said:
How many of you will continue playing after NABB/BEAST is over? If the next patch is further delayed, or if the features are just not in a good spot yet, do you think youll decide the game just isnt worth your time for a couple months? The game is already in such a fragile state that even 1 or 2 of the top clans saying "ok enough is enough" would completely devastate both the EU and NA populations and balance of power.

At the end of the day until siege and large scale linebattles are functional or no longer impossible there will be no new people picking up multiplayer. We are all thats left until something changes, and every time somebody puts the game down, thats a person who isnt getting replaced anytime soon.

The game might be screwed regardless of combat improvements unless the casual experience is completely overhauled and improved. At the moment the only "casual" experience for people who dont want to play psuedo-singleplayer is TDM, and without fixed spawns that mode is a chaotic hellhole which highlights the many combat issues, glitches, and imbalances currently present in the game. Not having a siege gamemode is honestly inexcusable. Without siege the multiplayer honestly should have stayed in closed beta until it was ready. Releasing it during the last week of the beta and just assuming there would be no issues was a giant oversight. As soon as we realized that siege was not functional, there needed to be an immediate pressing of the panic button from Taleworlds. The release probably should have been singleplayer only until siege was in a stable enough state that a single round could be completed without the server crashing.

The two most popular modes for Warband were siege and battle, in that order. When the game functionally lacks both it should come as absolutely 0 surprise that multiplayer is in shambles.

I stopped playing during the tournament. Devs were and are too stubborn to listen to the dedicated community. The death of the game started there. Damage has been done.

The class system only forces me to play outside of my playstyle to match the meta that it comes with. Stupid.

LEGION (potentially to be re-tagged to CL as the clan system will limit us to 4 letters smh) will be staying after NABB, I still have hope that the game will be good at one point but maybe I'm just a fool. Our activity has been down the past 2 weeks but that's because I haven't personally been there, but we will amp back up this Sunday for Siege which will now be hosted on the NA Custom Server so we can finally choose our own teams.

[LEGION] Octavius said:
LEGION (potentially to be re-tagged to CL as the clan system will limit us to 4 letters smh) will be staying after NABB, I still have hope that the game will be good at one point but maybe I'm just a fool. Our activity has been down the past 2 weeks but that's because I haven't personally been there, but we will amp back up this Sunday for Siege which will now be hosted on the NA Custom Server so we can finally choose our own teams.
Click to expand...

I might actually get to go this time I have no work on that day and see how siege improved finally. Hopefully it just crashes left.

I do not like this game probably never will. 8 years and we get a load of garbage.
Move on the game is ****

Take your own advice.

People will come back eventually if TW won't pull the plug on this.
If nothing else, modding tools and dedicated servers will elevate MP experience to some more enjoyable degree.
Although it seems that there is very little communication by TW (yet again), I am not really that surprised considering how large portion of discussion on this forum turned into cesspool of angry babies raging over topics that have been recycled over and over again.
You really have only 2 options, stick with the current state and wait for more content/patch or walk away and come back later.
Might be surprising but right now fate of Bannerlord does not rely on people here on forum dicussing how this game is doomed.
Then again, I might be wrong and Bannerlord is ultimately fuc*ed.
Who knows.

To address your original question my relationship with this game will be a lot like World of Warcraft where I will be effectively "raid logging". I will log on for clan skirmishes and maybe the weekly or monthly pick up, but as far as solo queuing or playing on the dedicated servers that will be a no for me. Trying to play skirmish as a solo player in its current form is the closest thing to self harm that the Internet currently provides. The game is broken, people are invisible, constantly at 100% CPU usage, etc.. When you do get a lobby after sitting in queue for 13 minutes it is only populated by 3 other people and then the game just starts anyways. I love Bannerlord and i would love to keep playing, but in its current form it would just be a waste of time.
You must log in or register to reply here.

Servers puking or just me?