This video shows the troops trees for the work-in-progress version of 2.51 a few days before the release.  I made a few minor changes to the troop equipment for the release version and the first patch (v. 2.51). 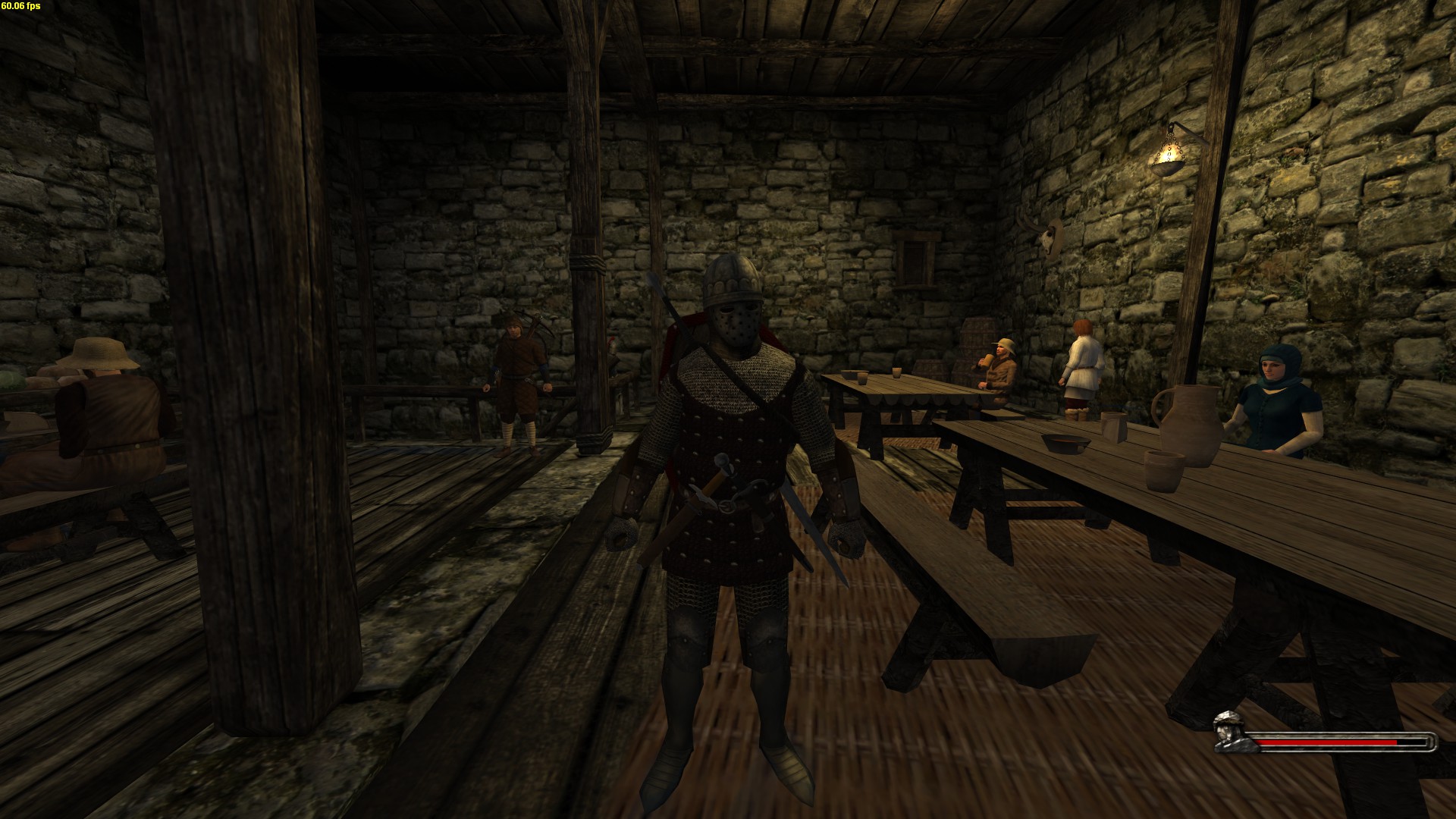 Some new or improved armors I have been working on since v2.5 release.  Click on the image to enlarge.

Some new armors that will be part of patch 2 for version 2.5.  Click on the images to enlarge.

Finally, a new warhorse for the Khergiz

Amazing as always. Keep up the good work.

Some new armors for the work-in-progress version 3.  The bottom two use an IgorBB mesh while the rest use a variety of native meshes.  All textures by me.  Click the thumbnails to enlarge.

A new klibanion for Eastern Province

As an older person, I am guessing that by "sick" you mean "cool."

Here are some more armors that you will find in the upcoming ver. 3.

Some new armors for ver. 3

An improved version of the Vaegir armor shown in previous post.

A mail coat for the Nords

A mail coat for the Keltons

A hauberk for the Geroians

A mail shirt using one of IgorBB's meshes

Can we have a preview of the Geroian troop tree?

Totenkopf900 said:
Can we have a preview of the Geroian troop tree?
Click to expand...

Yes- I posted these at ModDB

This is the commoner troop tree for Geroia

This is the professional (i.e., noble) troop tree for Geroia, except for the topmost two troops, which are the special manor troops.

This is the area in the eastern desert that the Duchy of Gerioa occupies.  I have since improved the desert map textures.  You can see that the Geroians hold 1 town, 4 castles, and 8 villages.  They have 10 lords (not including their leader).

The troops tree pics were taken some months ago.  I have since modified a few of the armors/weapons shown in the trees, but the images should give you an idea about the troops.

Looking good, it also seems that Swadia will not be the only faction to get ganked anymore since the Sarranids are surrounded by 2 minor factions.

Totenkopf900 said:
Looking good, it also seems that Swadia will not be the only faction to get ganked anymore since the Sarranids are surrounded by 2 minor factions.
Click to expand...

This is true. Adding the 3 new factions has its pros and cons.  I have tested perhaps 10 different characters and in each game, the outcomes after 2 years are different.  Different factions rise and fall in each game.

I have also modified the castles that are under dispute at game start so that there are fewer disputes spread across the large factions.  The 3 smaller factions have no starting dispute.  One thing I have noticed is that without having a built-in dispute, the 3 smaller factions start off the game at war with Swadia!  There must be some code somewhere that determines this but I have yet to find it.

Since I have added the new factions to the map margins, it has put more pressure on the Sarranids and Eastern Province.  I have found that the smaller factions seem to have less tendency to start a war but are certainly capable of taking and holding land so long as their enemy is also fighting another faction.

I had considered adding a final faction to the center of the map, with capitol in Dhirim.  The downside to this is that Swadia would lose a town and its associated villages, thus making it weaker.  Another consideration was adding a new faction into the snowy north east in that open land near the Vaegirs.  A final thought was to create an invading faction that would appear after 200 days or so.  So many ideas, so little time to execute them.

Some newish armors for version 3.0.  Several are improvements on previously made armors.

Thanks.  I also have a number of new cloth armors that I didn't post.  One of my objectives for version 3 is to "down-armor" the troops a bit to make it more in line with an earlier time period.  Only the nobles and top-tier troops will have the really heavy stuff like mail hauberk with scale or lamellar vest.

Nice new armoury.  Good to see some colour.
I have a problem trying to figure out what armours belong to what factions.
Any chance you could make a portfolio of the outfits after the 3.0 is released?
Also there seems to be a lot of plate armour accessories still in the leggings  sections in my game and gauntlets.

Any chance you can make all shields that you purchase that aren't embossed metal have the ability to change to your banner ?

Is it possible to send a caravan of goods from one castle chest to another in the same way you can transfer prisoners or troops?

In Progress [1.1.0 Beta] Your follower is indicated as "Killed" not "Wounded" after an alley fight, though, they're still alive

In Progress [1.1.0 Beta] Not all troops attack enemy when being ordered to do so