Look at my tests. It is 300 days 1.4.1 runs. As Bannerman Man noticed every single new town was owned by the ruler. Some of them have 7 towns. 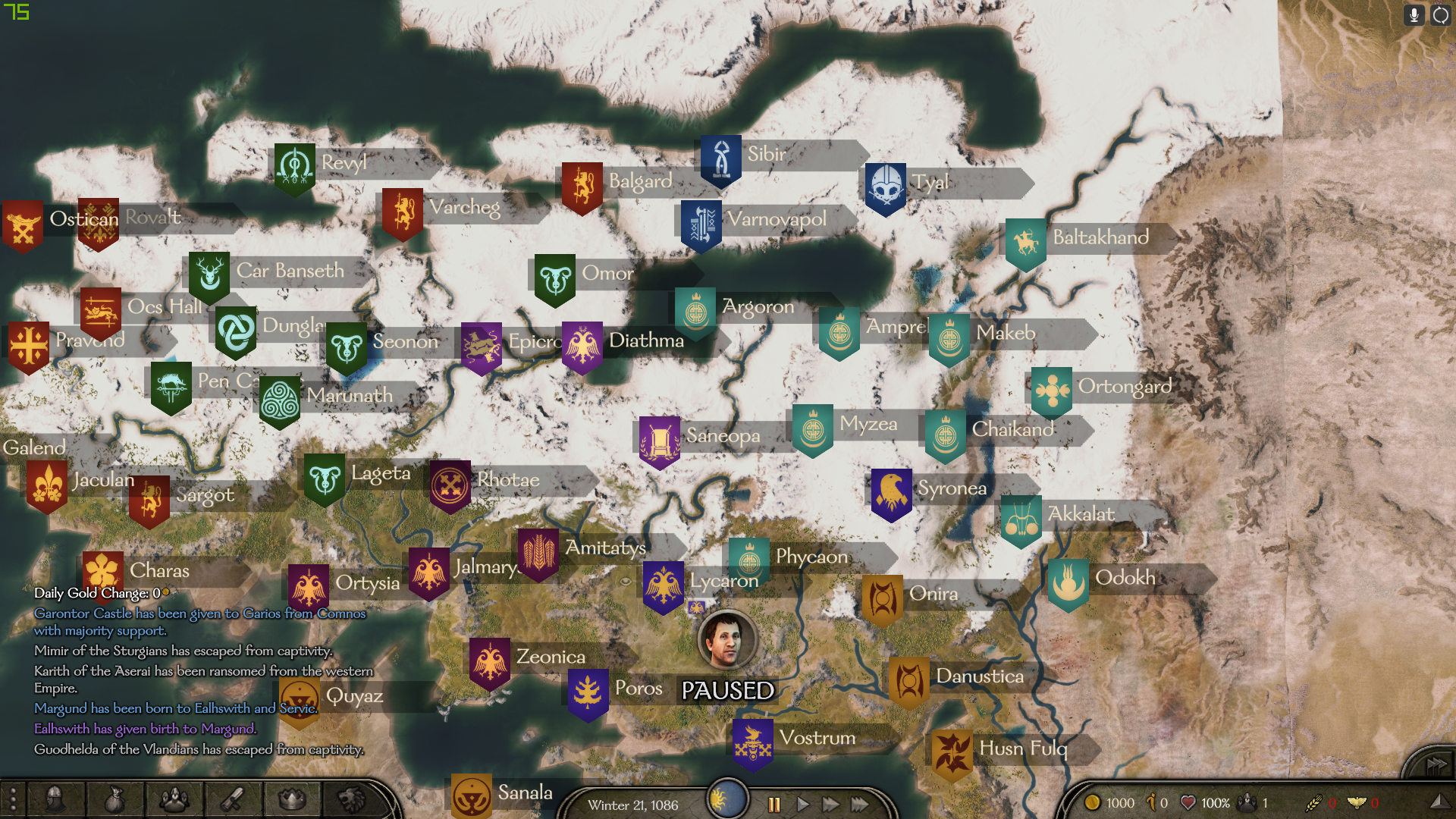 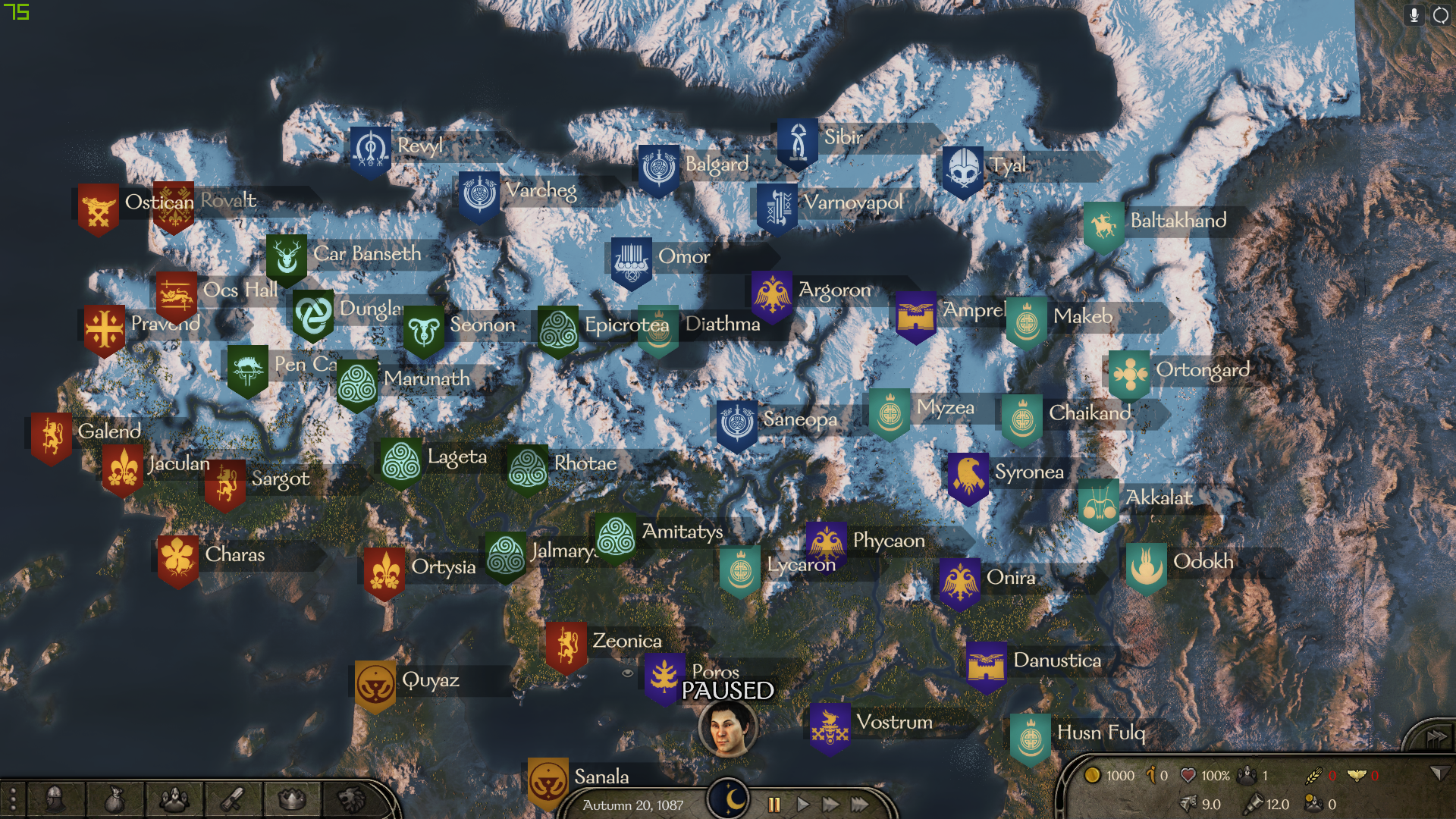 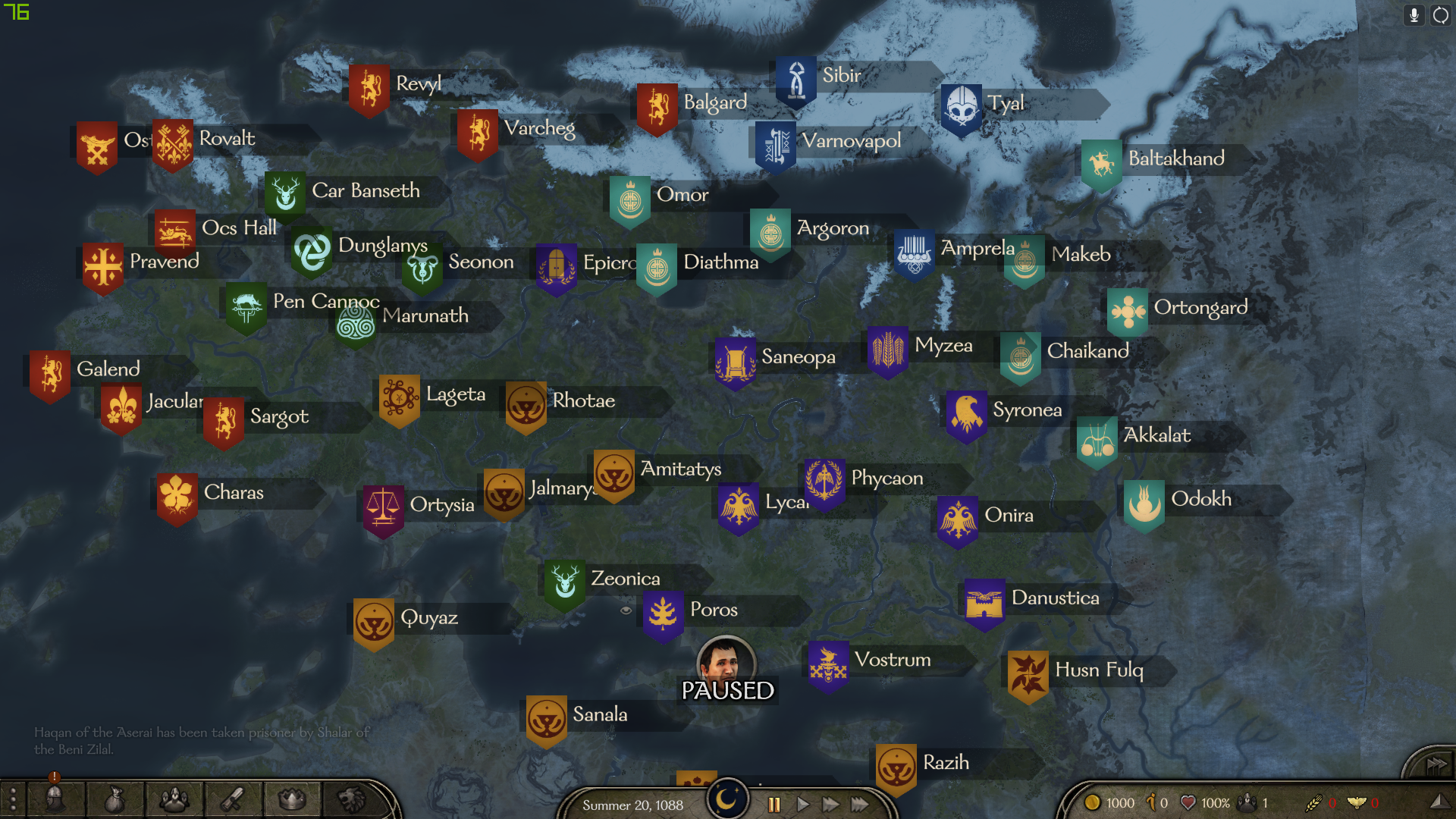 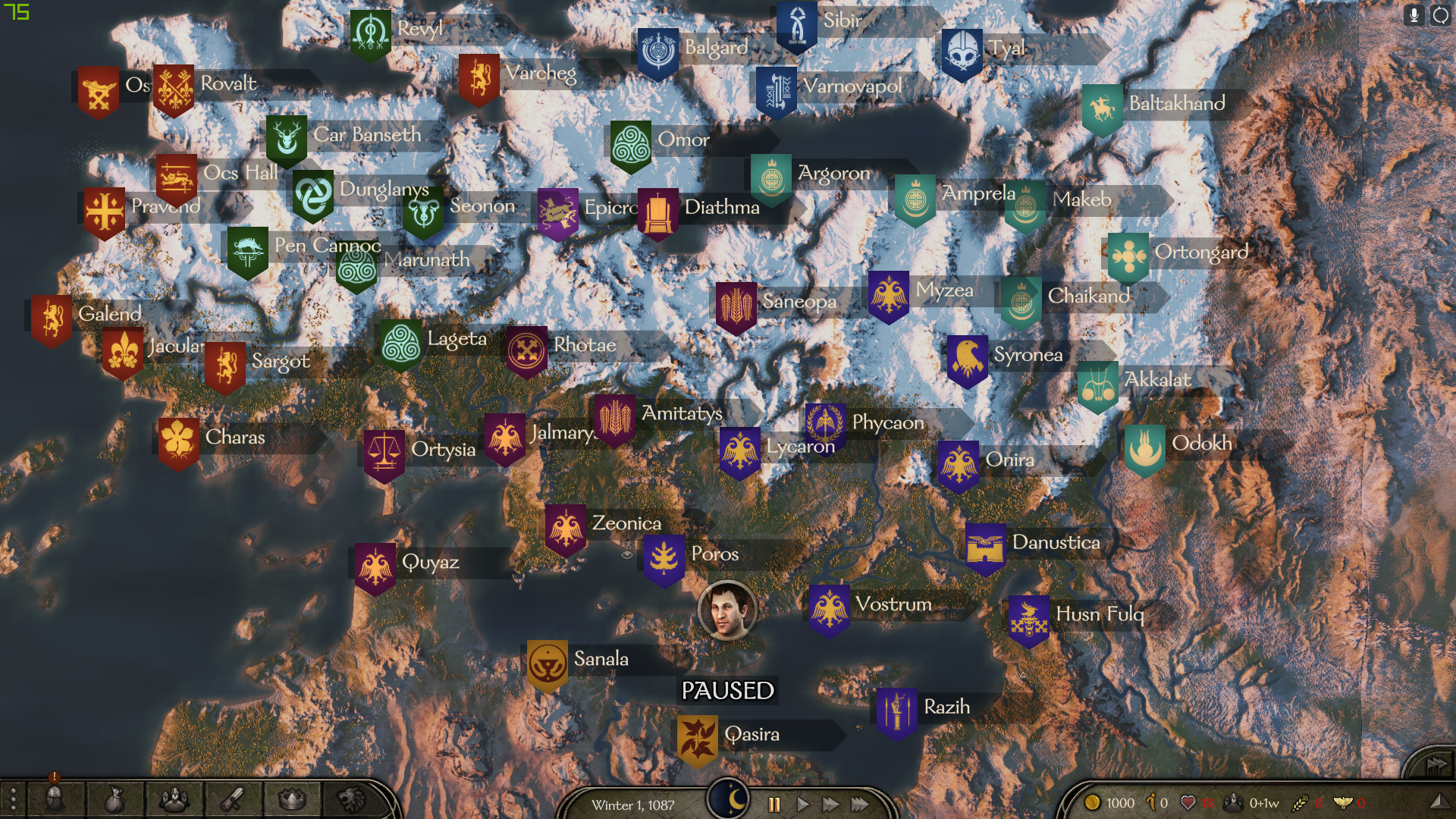 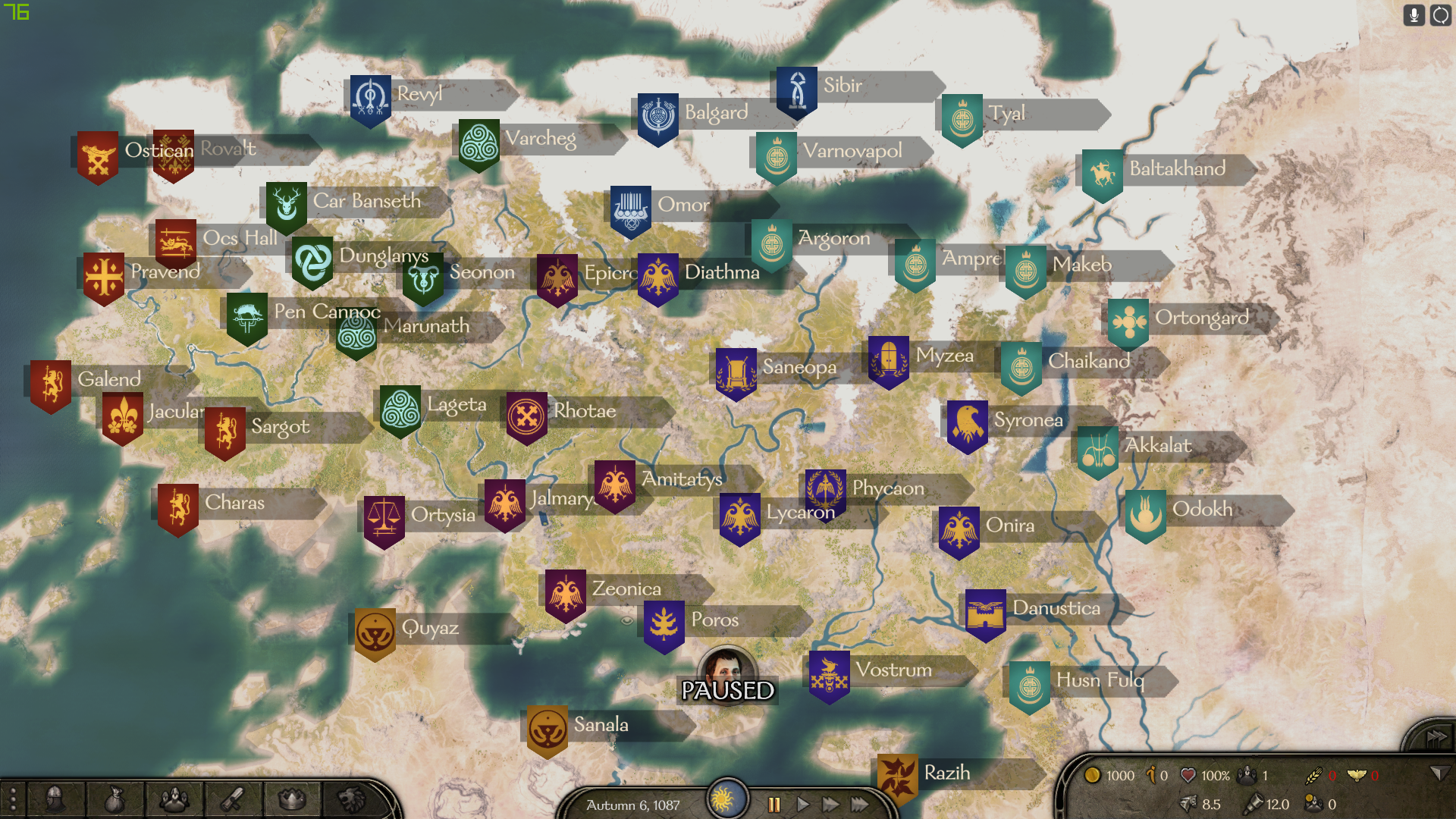 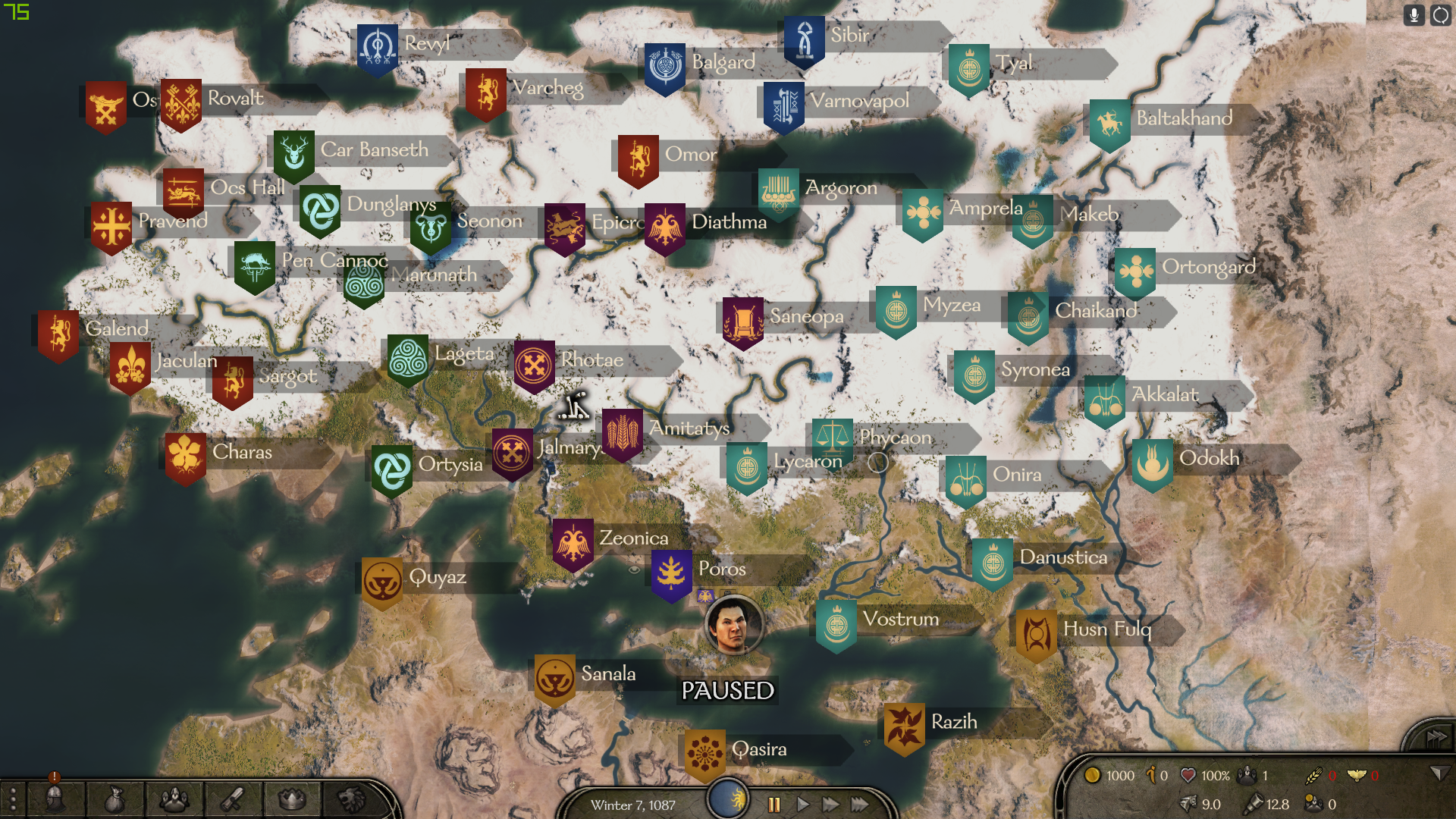 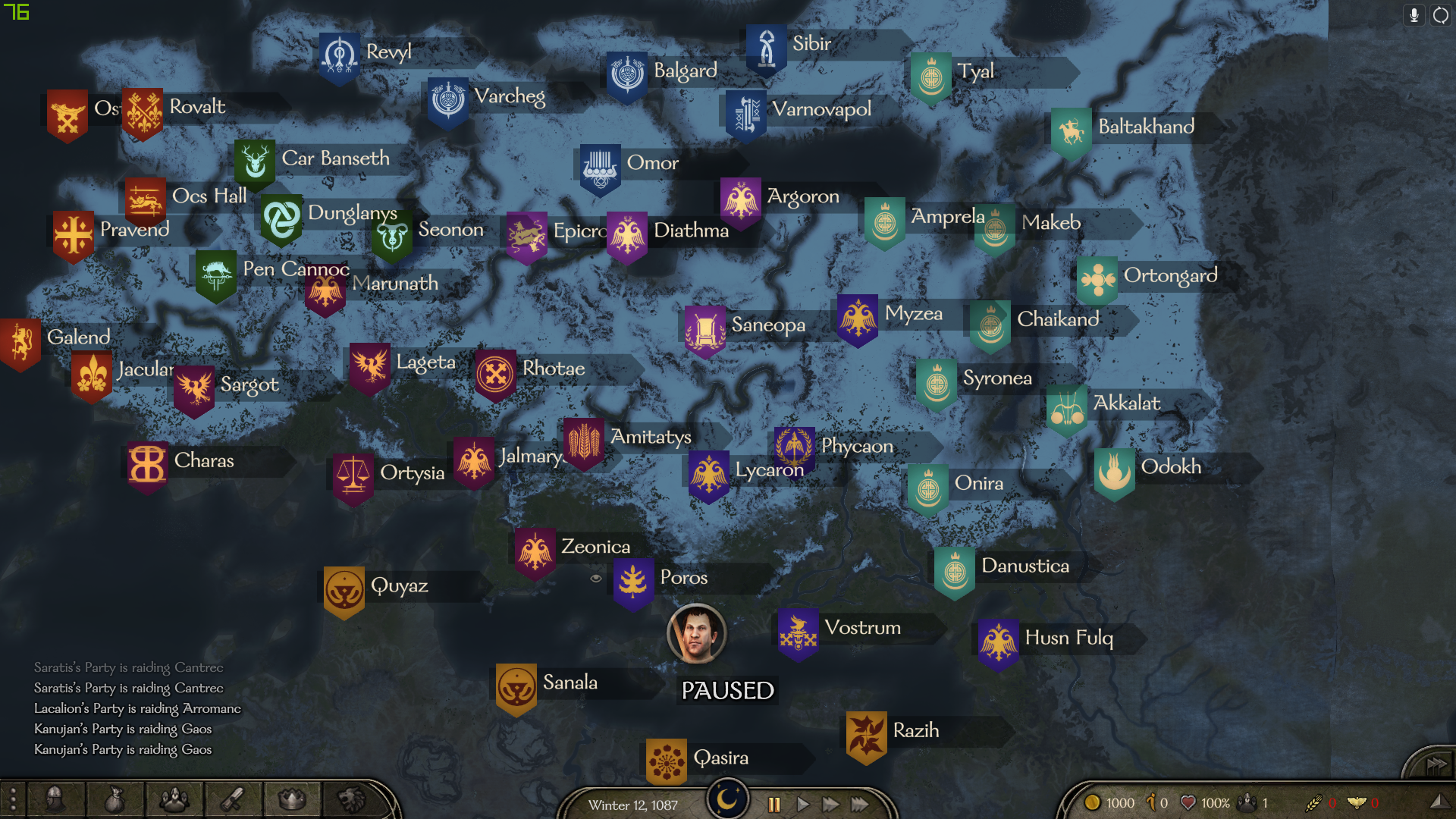 They was greedy ****** before, but right now it is kinda absurd. 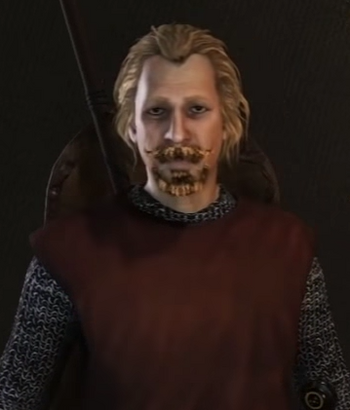 Can confirm I'm seeing the same stuff. Derthert's not even the worst. Monchug just can't seem to help himself haha. 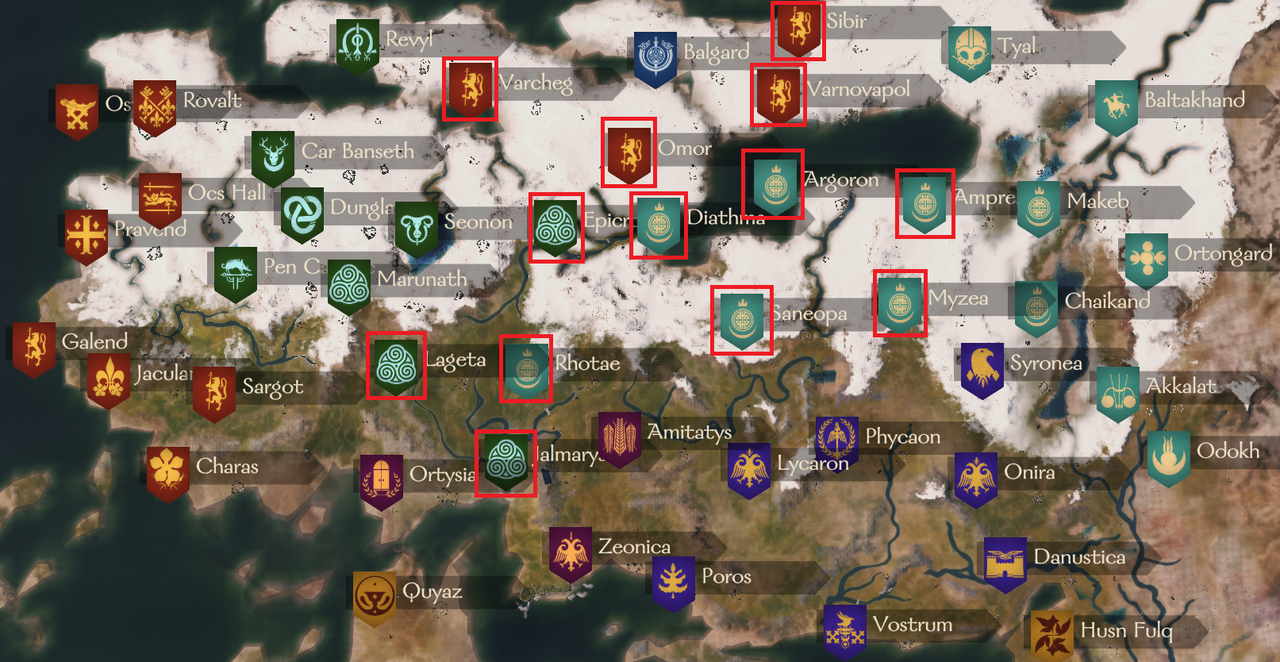 lol northern empire wrecked in every single one

They do provide a soft target for Khuzait to gather power. I switched the starting wars around and matched Sturgia up with the N. E. and Khuzait against the S. E. and Khuzait had a much tougher time gaining ground. Sturgia still lost in 2/3 games but the N. E. lost in 3/3.

I see this also. Before 1.4.1, Monchug was pretty fair and only take fiefs close to his own corner, but now he hoards ALL the towns, no matter how far and even if there are fiefless vassals. He does give out castles to landless lords, but if everyone already have some property, he would take the castles too.

Yeah, same here. The leaders take the cities. Same for every faction.

Bannerman Man said:
Can confirm I'm seeing the same stuff. Derthert's not even the worst. Monchug just can't seem to help himself haha.
Click to expand...

ileboii said:
In my game derthert is having a casual 11 fiefs.
The second biggest Clan has 2.
Click to expand...

In my game I am the biggest Vlandian clan. If I take it, I keep it. There may have been some console commands involved...

According to this mod's author, they implemented new overrule logic in 1.4.1: This mod fixes the balance issue where rulers keep getting all the damn fiefs a kingdom conquers by changing a few key elements in the game's decision making.Éste mod arregla el problema en el

Apparently it has gone sideways in some way.

Apocal said:
According to this mod's author, they implemented new overrule logic in 1.4.1:

This mod fixes the balance issue where rulers keep getting all the damn fiefs a kingdom conquers by changing a few key elements in the game's decision making.Éste mod arregla el problema en el

Apparently it has gone sideways in some way.
Click to expand...

Aye! I had to make a new version of the mod to work with beta 1.4.1. In that version, I disabled the part of my mod that affected that in case that the new logic they implemented was fairer, but it seems like I gotta start working on re-implementing that part.

The old logic was basically like this: If the winning result (highest %) isn't the result that the king likes, then first he checks how much influence it'd cost to overrule it (which depends on the difference between the highest %, and the % of the option that he likes), then it compares that to how much influence he currently has. It was a random roll, but the less influence it cost and the more influence he had, the higher the chance that the king overruled the council. My mod fixed this.

The new logic seemed much better, it instead does stuff like checking how much he likes the winning option vs the option that he liked the most (so he won't overrule if he barely even cares), among other things.

I'll start working on fixing the new logic, I'll probably have it up by wednesday saturday or something (uni's killing me).

For the people using my mod in 1.4.1, how greedy has your ruler been? (ie: has my mod been helping, despite disabling that bit in the beta version?) The candidate-logic fix should still prevent the king from getting the chance to go mad with fiefs, but that should only be a problem for the player's faction, yet in that screenshot there's several factions suffering from it.
Last edited: May 19, 2020

KaelusVonSestiaf said:
For the people using my mod in 1.4.1, how greedy has your ruler been?
Click to expand...

Downloaded the mod recently for 1.4.1, rulers seem to act about the same as they would in 1.4.0. So it's been pretty good.

Well, it kind a makes sense that kings protect their power, the problem here is that if you want to rebel and create your own kingdom it crashes the game lol

Yep, ruling clan will literally go into negative influence in order to get it. Is that supposed to happen?

Odeus said:
Is that supposed to happen?
Click to expand...

I doubt it. This seems like a bug introduced in the rollout of the new kingdom mechanics. I'm sure it will be fixed with a hotfix as soon as the devs are aware.

Monchug has 13 or 14 fiefs in my game right now. He is outvoting everything. He outvoted senate policy after that I checked influence of clans and found out that the clan of Monchug had -140ish influence.

Let my get this straight... NPC kings can overrule votes and a player who is king cannot?