As said in title, the siege towers (both of them) fail to properly deploy onto the walls in the Rovalt Siege scenario. It appears that the ramp of the tower gets stuck on the heads of the defenders, preventing it from reaching the wall itself, and even if the defenders below the ramp are cleared out, the ramp still does not fall properly. This also prevents the AI from pathing up the tower and onto the walls, as it likely does not know how to jump off a floating ramp. The defenders also seem to glitch around it and did not attack me while I was on the ramp, even if I stood very close to the edge. Archers on local towers were exempt from this issue. Issue persisted through two different siege attempts. Attackers pathing was resolved once I broke through both gates (solo) and gave the AI a way to path into the settlement. All attacking AI then rerouted to the gate and captured the settlement. The AI seems to not want to deploy or use ladders in the broken tower situation either. (I recommend having a pathing failsafe that forces the AI to use ladders or breach the gate manually if they cannot enter the settlement after a specific amount of time.)

Some important TLR info;
Both Rovalt siege towers fail to deploy due to ramp getting stuck on heads of attackers.
Reproduction: Just do the siege, I'm not sure if there is anything specific that needs to happen besides sieging with the towers and defenders who stand too close to the ramp.
Version: e1.0.5
Basic computer specs: Windows 10, RTX 2070, i5-4690k, 16 GB RAM, ASUS Maximus VII Hero, and the game is installed on an HDD.
Media:
Images in order show the issue during battle both on the wall, and showing the attackers pathing below the siege tower, and finally a post-battle image of the ramp still stuck. 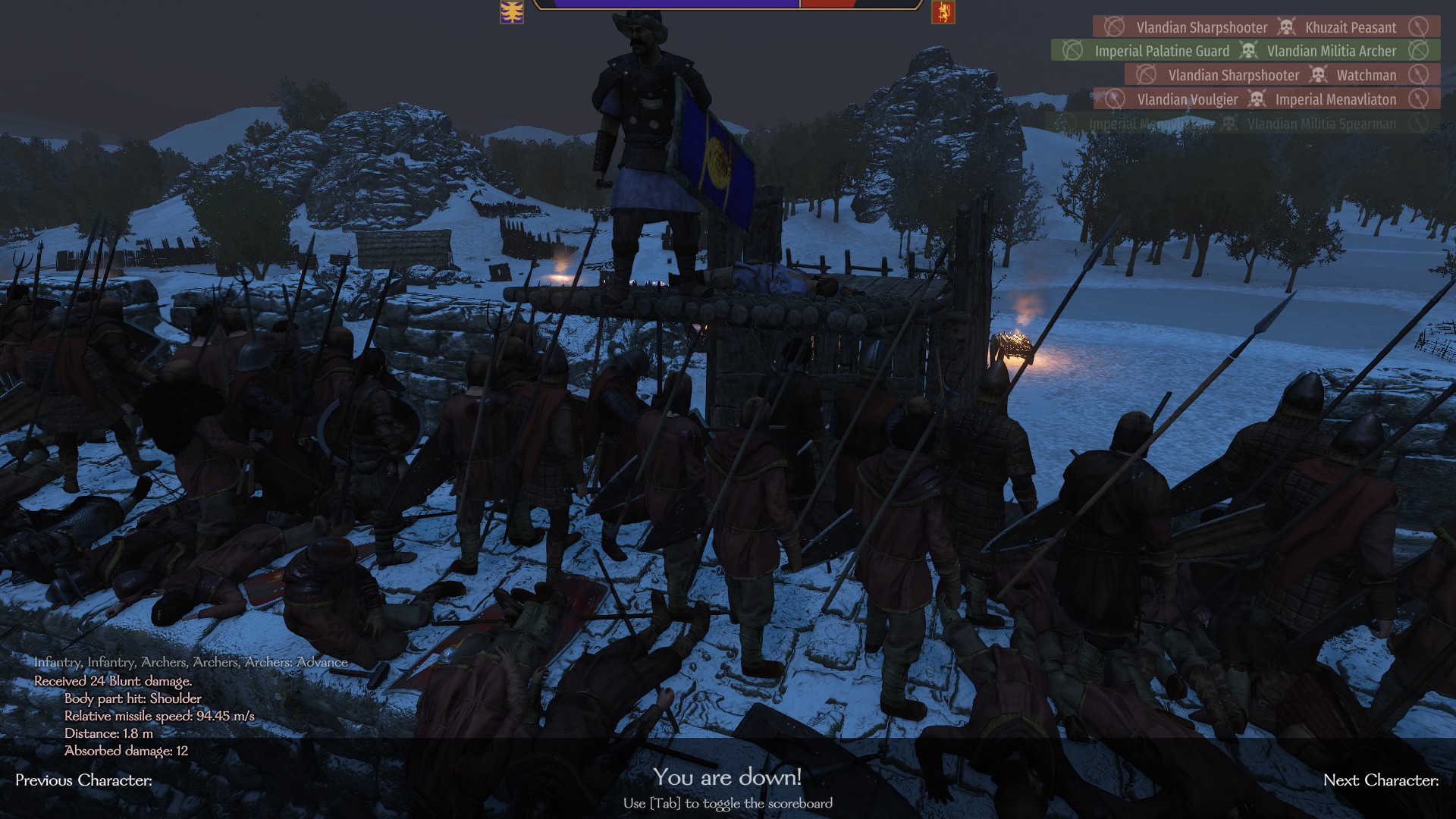 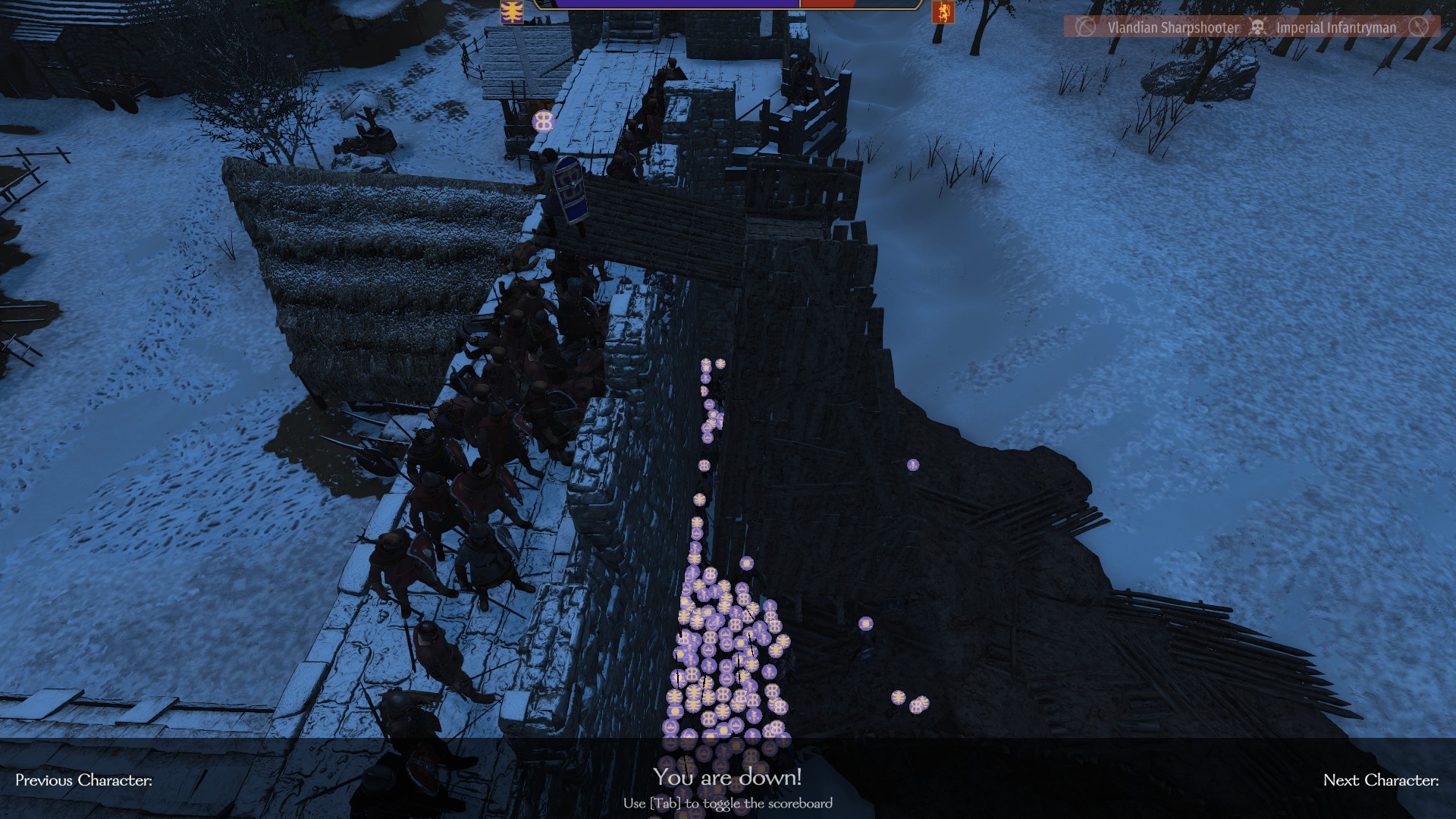 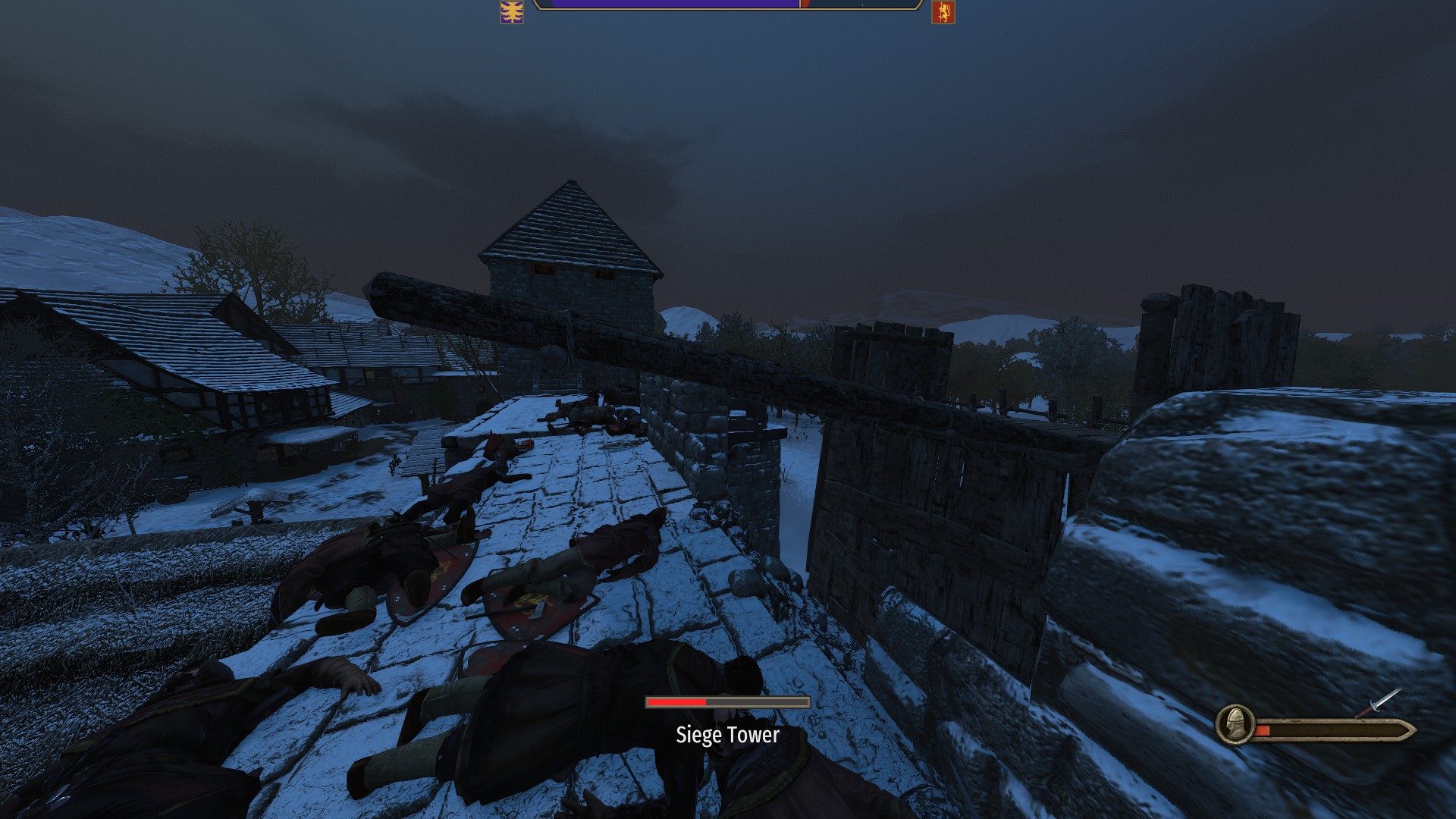 Hello, thanks for reporting this issue. Unfortunately, we were unable to respond to this topic when it was first created. If you are still experiencing this issue with the latest live or beta versions of the game, please leave a reply to this thread so we can forward to the team for investigation.
You must log in or register to reply here.

So taleworlds, some modder fixed the most glaring issue in sieges