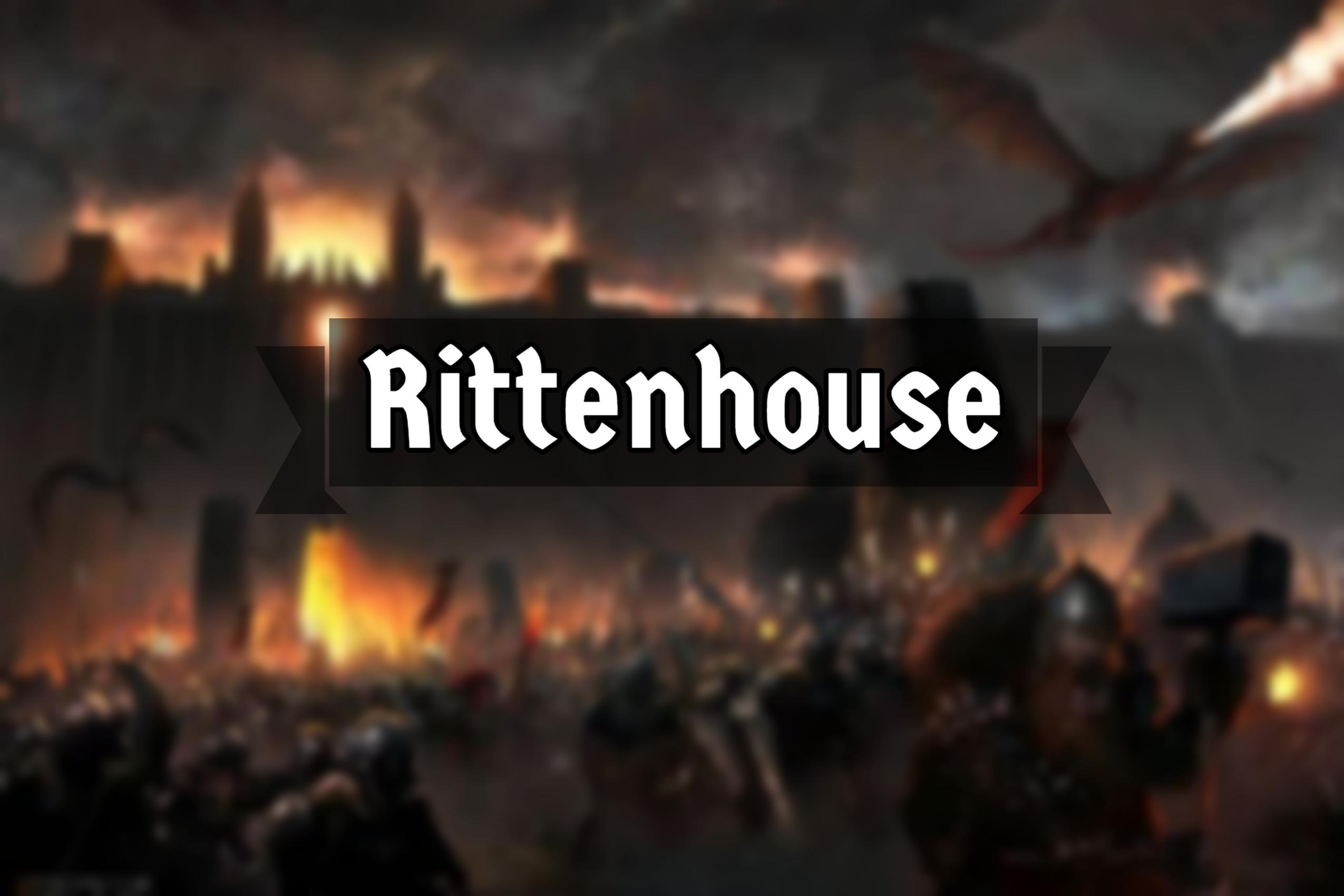 Rittenhouse is a collaboration of experienced Warband veterans. Our goal is to help nurture competitive Bannerlord.
We are looking for scrims, and are open to help new players interested in competitive play.
We won't claim that we are the best in NA like other clans. Instead, we'll just wait for private servers and tourneys to set up and we will prove it 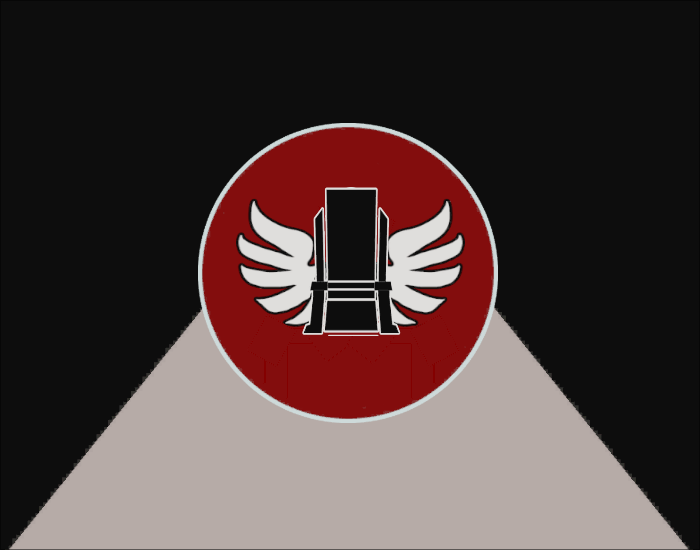 Please feel free to contact us for recruitment for scrims! 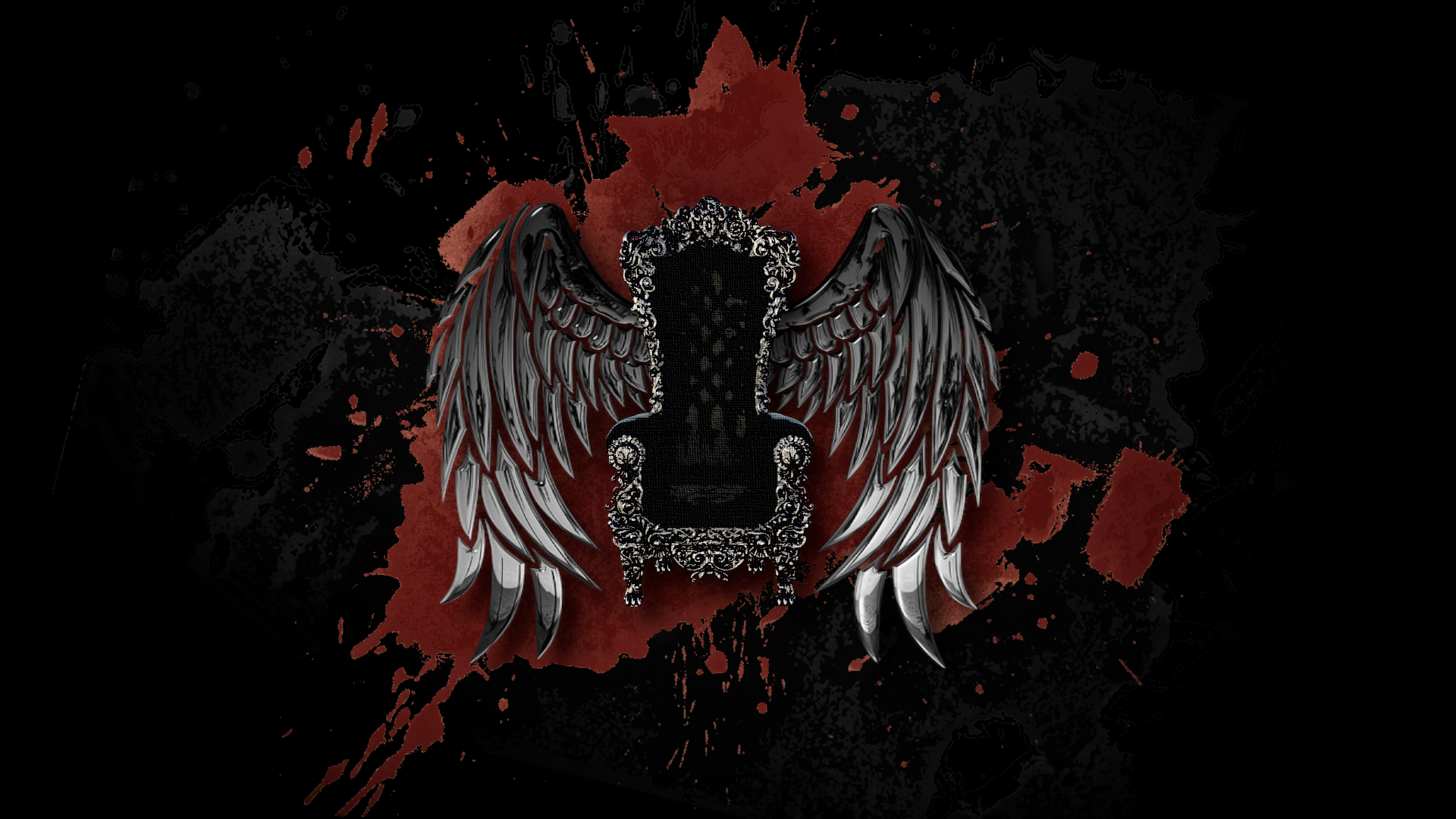 The foundation of the Rittenhouse:

House Ritten was founded in 966 by Seolhyun in the far lands of Styria. The house was prosperous and feared by humans, and its members were known as the ‘Dragon Knights’, protectors of the most ancient race: the Dragons. However, the house had many foes, jealous of Rittenhouse’s renown and fame. They decided to turn the Styrian population against the mighty house. The other families of Styria knew that the dragons gave their strength to the Rittenhouse, and decided to prepare the ‘Great Cataclysm’. On May, 14th of the year 1000, they slaughtered all the dragons; all but one. The ‘last dragon’, Vhraskharn, fled to the distant land of Calradia and hid in the mountains of Sturgia. Seolhyun’s strength was diminished, as her power was linked to the dragons’. The angry mobs of Styria decided to cast the Rittenhouse out of their land, even though its members had always protected the population against foreign invasions. The Styrians burnt the Rittenhouse estate, leaving Seolhyun and her disciples homeless. 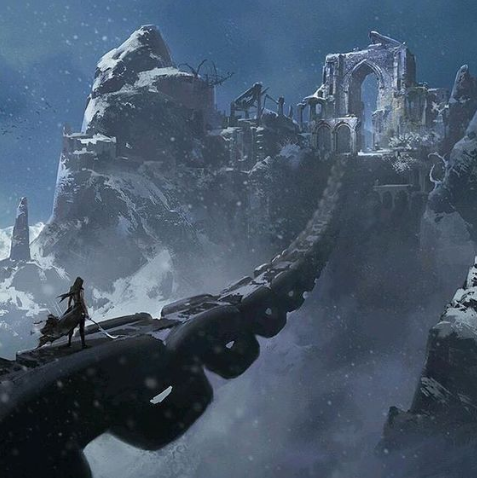 Seolhyun watching the Rittenhouse Estate one last time before fleeing to Calradia.

A few months later, Seolhyun and her men arrived in Calradia, and set foot in Sturgia, looking for the Dragon Vhraskharn. The Rittenhouse was weakened, and its members were only few. The ‘Great Cataclysm’ has had a great impact on Seolhyun’s spirit. Diminished, she decided to go in the mountains, alone, to meet Vhraskharn, the ‘Last Dragon’. She was not seen for months. However, after a great storm ravaged the lands of Calradia, Seolhyun came back from the mountain. She was not alone… With her, a mysterious creature, a semi-dragon. In fact, she gave birth to it and Vhraskharn was the father. This mysterious creature had a name: Kelquethas, the ‘Sleepy Dragon’. He was tall, even though he was only 8 months. His dragon blood made him grow fast and made him stronger than mere humans. The Rittenhouse bloodline was known to be particularly strong during the ‘Age of the Dragons’. They were weakened after the ‘Great Cataclysm’, but they were still stronger than all humans. With the apparition of this heir, Rittenhouse started afresh and started to forge its reputation in Calradia. They were quickly feared by all, especially the Vlandians, who tried to resist Seolhyun's domination. The Rittenhouse had built its name, once more. The Calradians started calling them ‘The Wardens of the Last Dragon’ 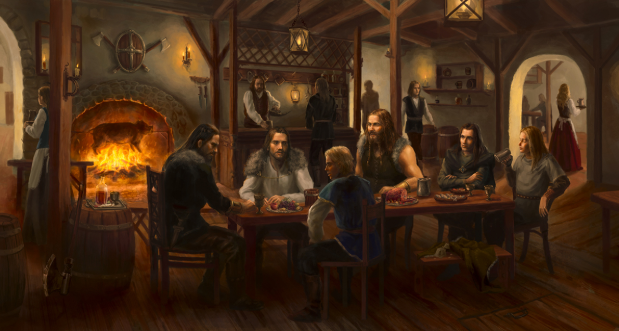 Kelquethas, the ‘Sleepy Dragon’:
He is the son of Seolhyun and Vhraskharn, making him a half human, half dragon. However, while he possesses a colossal strength, Kelquethas does not master the power of fire, making him a lesser dragon, hence why the Calradians gave him the nickname of ‘Sleepy Dragon’. His dragon’s scales and the armour of Rittenhouse allows him to have an unbreakable defence. His dragon blood gives him a surnatural agility, allowing him to run faster than horses. Kelquethas is the heir to the Rittenhouse, carrying on his shoulders the fate of the Dragon race. A khuzait legend says that one day, the ‘Sleepy Dragon’ shall awaken, and shake the Eternal Sky. This would make the clouds tremble, causing a massive storm, and provoking doom on Calradia. 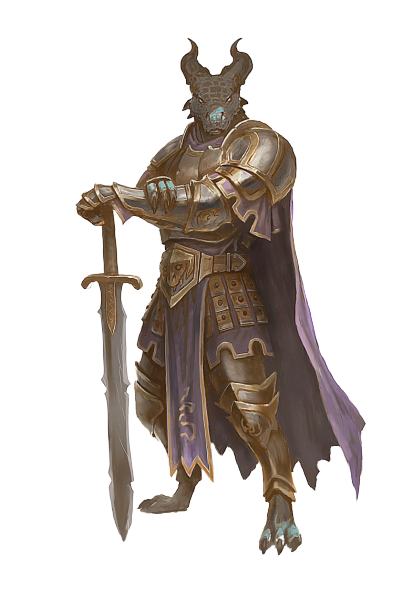 Cow, the ‘Hellish Knight’:
Cow, son of Hexed, is a powerful member of Rittenhouse. He is a servant of the devil himself, which gives him an enormous power. He is known as the ‘Hellish Knight’ in all of Calradia, especially because of his hellish looking mount: Xearian. Xearian was forged in the fire of Hell itself and he is the strongest steed the earth has ever seen. Cow is the only one who can control such power. In order to tame this horse, Cow used magical chains, giving him absolute control over the beast. His charge is feared by everyone, as anyone near his steed will be severely burnt and melt from the inside. An Aserai legend says that Cow is the ‘Dark Rider’ who slaughters bandits every night in the Quyaz region. 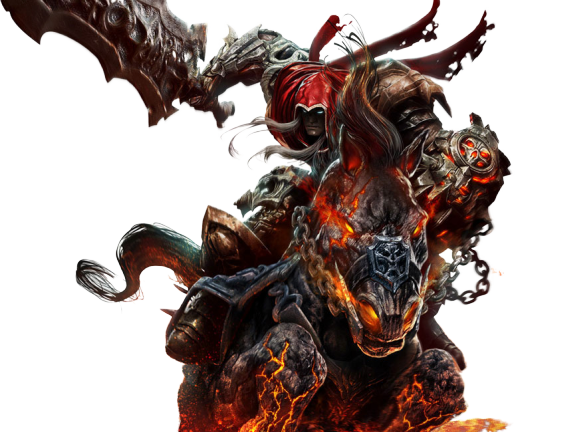 Alyss, the ‘Purge Goddess’:
No one really knows where Alyss comes from. She is rumored to be of the Ancient Civilization, with her antique appearance. Her beauty is legendary, but the same goes for her cruelty. She was given the nickname of ‘Purge Goddess’ by Calradians after she crushed all her enemies without mercy. She didn’t execute them. No… that would have been too easy… She made examples out of her victims, by humiliating them in public squares. Townsfolk would find her victims at dawn, tortured and slaughtered savagely. Her main weapon is a magical spear from the Ancient Times, allowing her to paralyze her enemies. A secret order from the Empire, called the Order of the Phoenix, worships Alyss the ‘Purge Goddess’ and claims that one day, she shall destroy the Vlandians after they mocked her power. 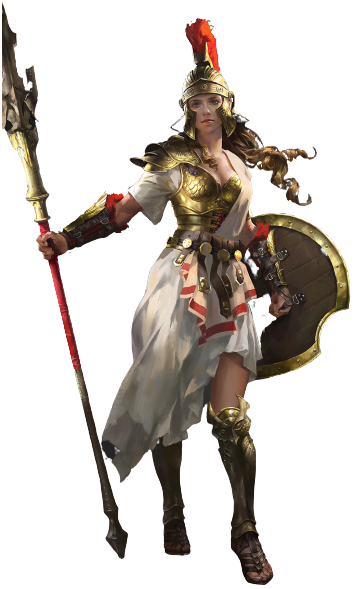 Shemaforash, the ‘Wyvern Pirate’: ​
Shemaforash is an ancient pirate, known in most regions, and in all the seas. He is a Wyvern, distant relative to the Dragons. He was part of the legendary Company of the Golden Bee, one of the fiercest mercenary companies in the world. Unlike Kelquethas, Shemaforash masters the power of fire, even though Wyvern fire is less powerful than Dragons’. The pirates of the Seven Seas all fear the ‘Wyvern Pirate’, as he rules the seas and sinks any ship in his sight. The marines say that he always let one man live in order to tell the tale. Shemaforash is really cruel, but he also has empathy, especially for his cousins: the dragons. When he learned about the ‘Great Cataclysm’, Shemaforash grieved for a year, before finding Seolhyun and offering his service to avenge his cousins. Shemaforash is mostly feared by Sturgians, as they are a sea kingdom, but some Sturgian clans also worship him. 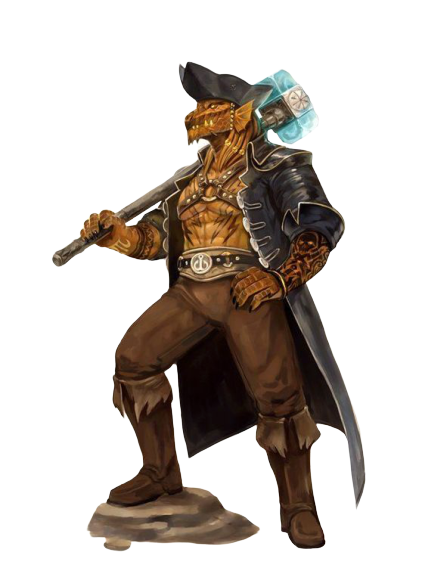 Juve, the ‘Ranger from the Western shores’: ​
Juve is a legendary ranger from the Western Continent, hence why his nickname. He was part of a brotherhood, the ‘Western Knights’, a once feared clan, but who faded with time. After his time in the west, Juve joined the Rittenhouse, as he swore an oath to serve Seolhyun after she saved his life in an ambush led by Cyclops. His accuracy is only matched by the Goddess of Archery itself. His motto is simple: “One body, 9 arrows!”. He is known to use his enemies corpses as a practice target. The legend says that his bow is made out of the wood from the ‘Forest of Doom’, a forest surrounded with magical power and giving supernatural strength to those who could enter it. The Battanians think of Juve as the God of Archery, claiming that he is the husband of Lagestra, Goddess of Archery. He is often praised in Battanian songs and tales. 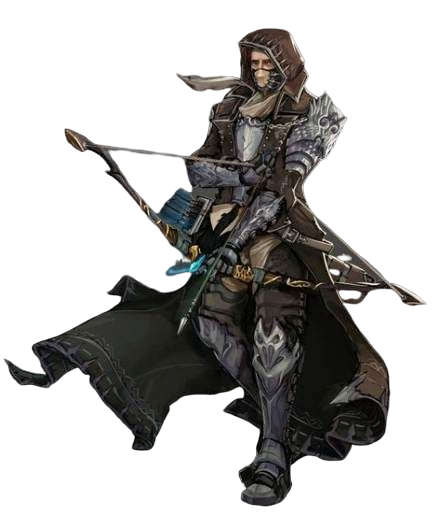 Roman, the ‘Blazing Knight’:​
Roman comes from a land close to Styria, known as Saxony. He is a valiant knight with honor, but his honor isn’t weakness like some could believe, it is his strength. His honorable actions give him strength, as he is linked to this valor for unknown reasons. He is a fearsome rider, probably the best in the Eastern Continent. His black steed, covered in black and orange, is the fastest horse on earth. Roman has 2 nicknames: The ‘Blazing Knight’, for the color of his steed and the flame on his helmet, and ‘LaPache’, an ancient word, from old Adamic, referring to the Eternal Rider, a legendary knight who rode with the Gods during the ‘Clash of the Immortals’. Roman is rumored to be that knight and it will only be confirmed when he’ll remove his blazing helmet, as the ‘Eternal Knight’ has an unique scar on his face. This knight is at least a thousand years old, hence why his name. Roman joined the Rittenhouse, to avenge the Dragons, the most honorable race of all. With his link to honor, he couldn’t ignore this massacre and vowed to protect the ‘Last Dragon’. 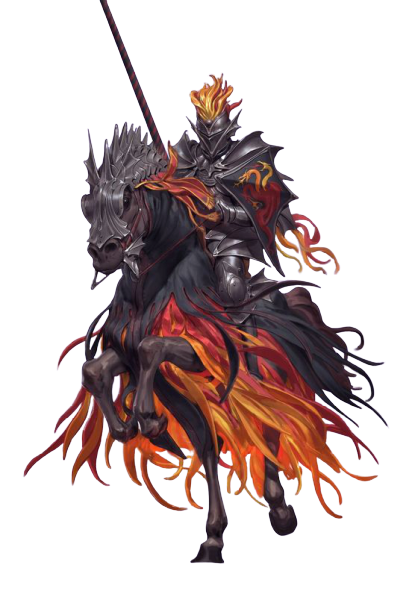 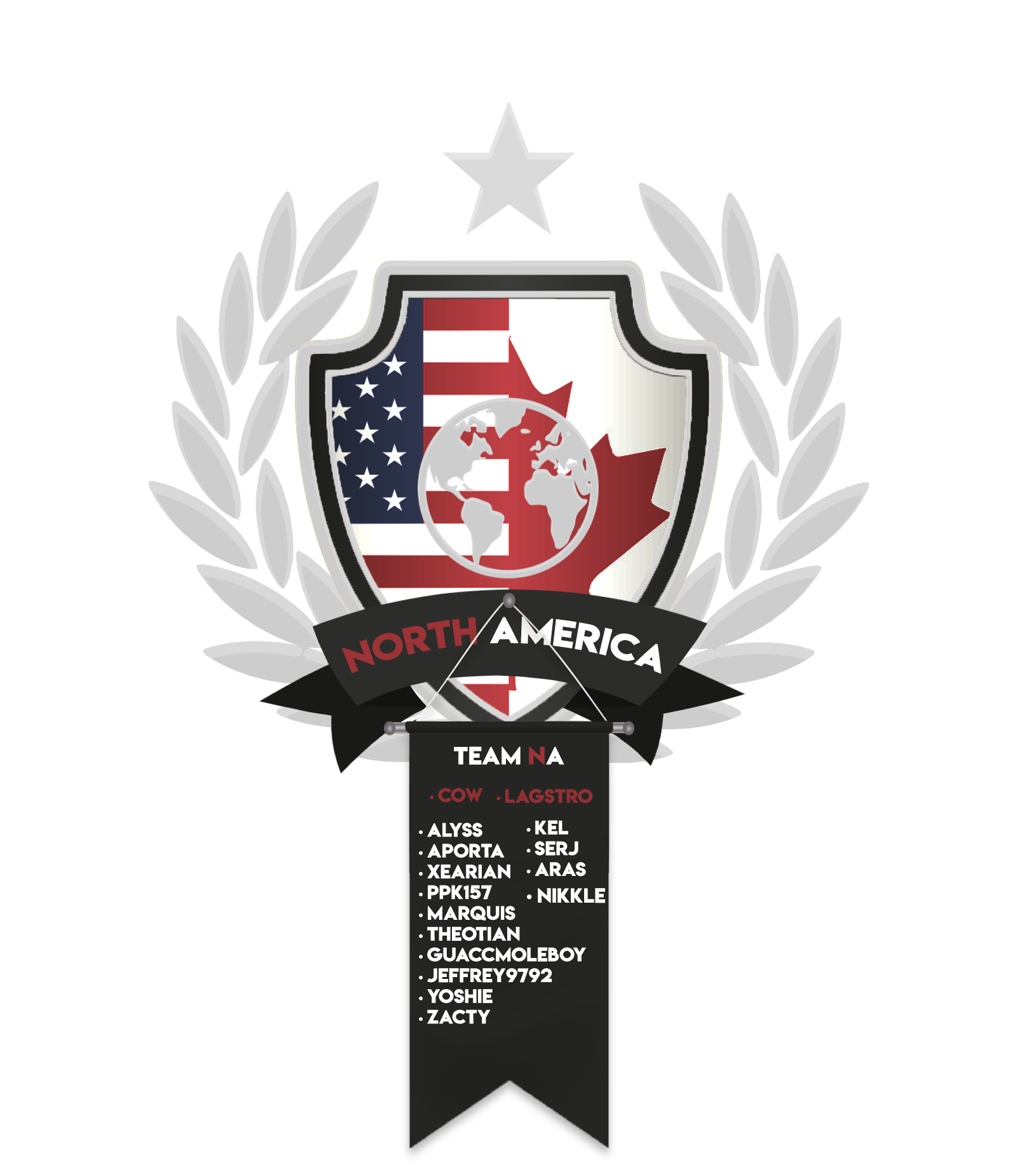 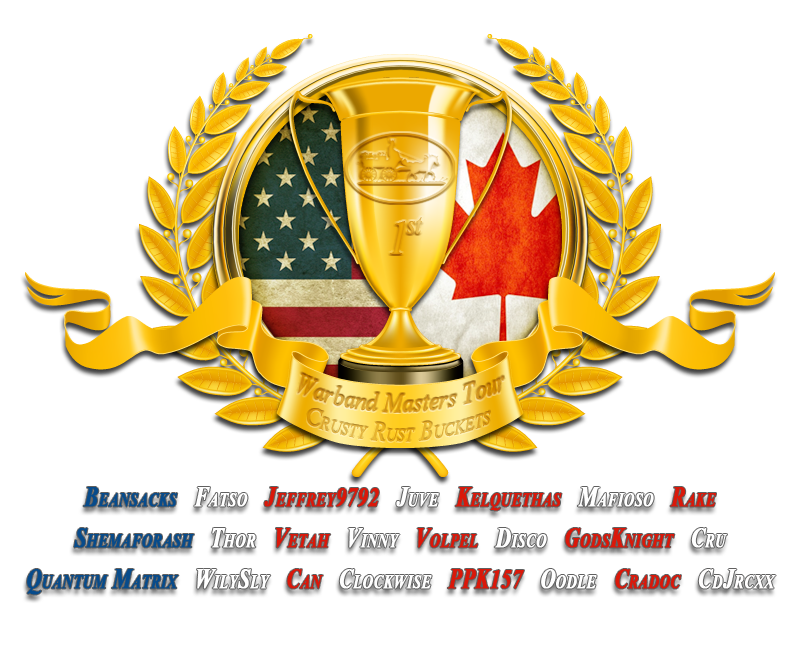 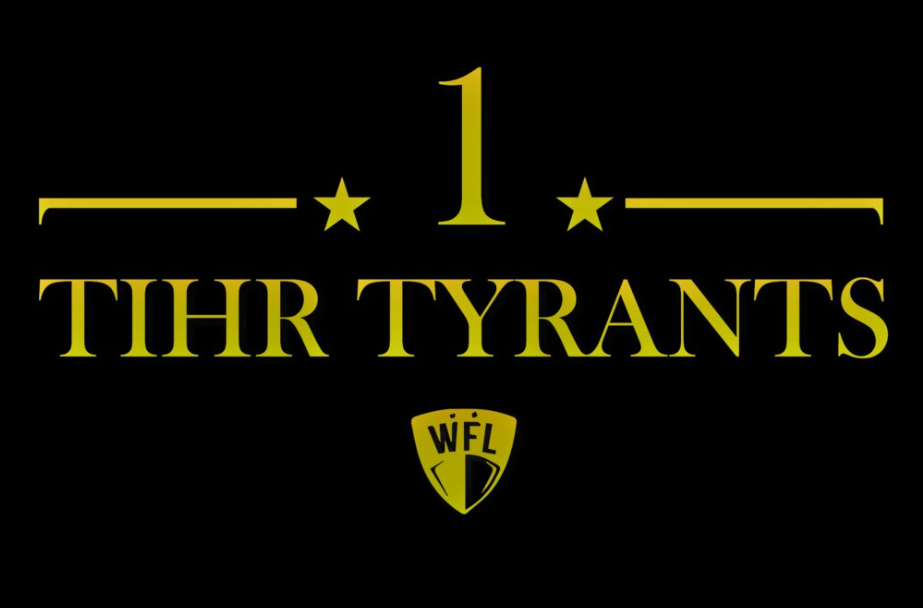 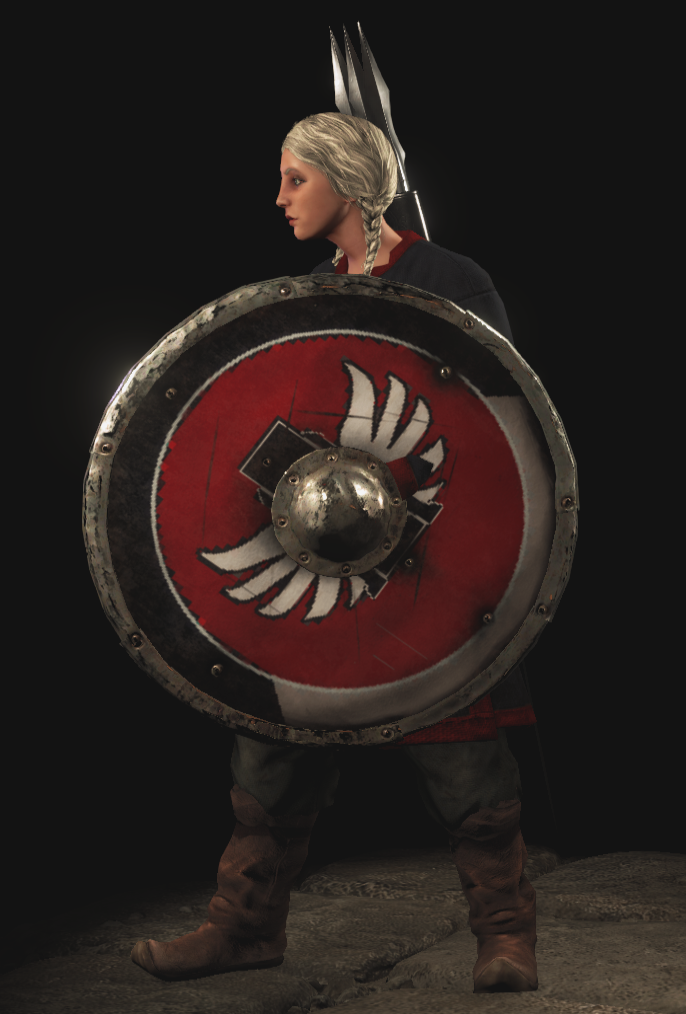 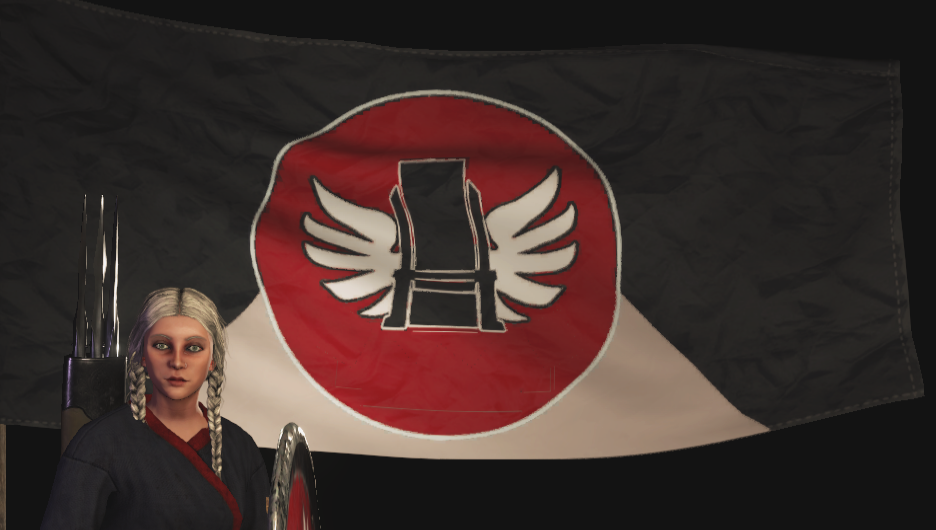 Good Clan!
got some good dude man brothers in it.

Can't wait for the propaganda memes to be ready...

Would join if I was NA.
Playing VK when?

부부를 넘어서 가자 said:
Would join if I was NA.
Playing VK when?
Click to expand...

EU are welcome too!
Also soon I hope

Jesus this is one deadly team
You must log in or register to reply here.

Join the Company of the Golden Lions!

Question about Dragon Banner and Being Elected