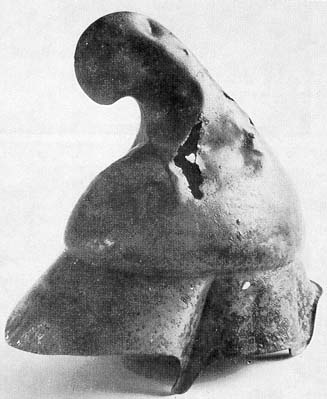 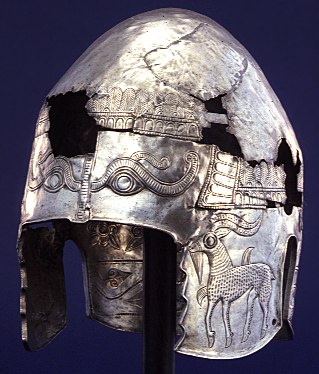 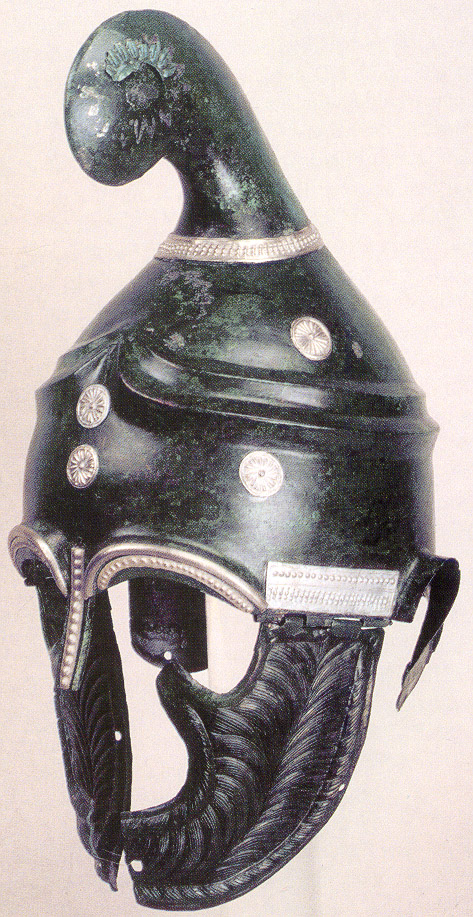 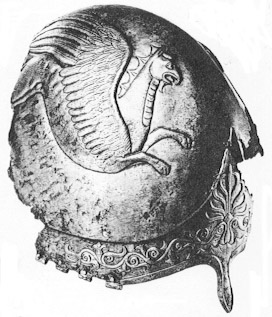 +
An iron helmet that was found in the 19th century in the city of Kerch, Ukraine. Founded in the 7th century bce as a Greek colony of Miletus, and called Pantikapaion, it became a prosperous city due to trade routes that intersected from Europe and the Steppes. By 480 bce, the city of Pantikapaion became the capital of the Kingdom of Bosporus and for a brief period, served the same capacity for the Kingdom of Pontus.

Middle—second half of the 4th century bce, Saint-Petersburg, The State Hermitage Museum

The Helmet from Mirila
Chalcidian helmets where also widely used across the Balkans in ancient times. This one, was found accidentaly in the village of Mirila, near the town of Bals, and it can be dated, roughly, between centuries V-III B.C.

Btw, since I linked this thread to a new one in the Sage's Guild, I'll link that one as well here, especially considering the whole load of images posted there, courtesy of matmohair1.

Blessed ones of the Lord Modellers!    Very much hope that you will start to do now models the Thracian helmet and armor. This is one of the loveliest kits helmets from gold and bronze. )

So, this faction is getting added for sure... right? I mean they fought with  the romans during 300 BC, so it fits the time period...

We don't know . Right now we're focusing on finishing the factions we already have, we'll worry about the next faction after.

HolmgårdViking said:
This is how the book looks, hope it helps These are the rest of the pictures from the book that a few pics in the original post were from: Correct me if i'm wrong.

i only studied Thracians a tiny tiny tiny bit in school and there we were taught that the Thracians were hellenized "barbarians" with their own culture but very heavy influenced by the Greeks.

I've seen depictions of them wearing a form of Linothorax (quite similar to the generic greek ones although more "fabulous") and those awesome helmets.

That helmet is fantasy. Best sources are always museum pieces.

So the Thraco-Attic helmet used in the mod is fantasy?

The Thraco-Attic helmet in the mod is perfectly accurate, from various museum pieces, books, etc... The one in the inage you posted is an oddity, weird cheekpieces, the front decoration seems based on the late Roman attic model and the general shape of it seems unconvincing in my opinion. Rgcotl that studied this helmet could tell more.

that helmet you posted seems prety much artist interpretation of how could it look like
(i presonaly think it is a failure cause all the elements i could see reminds me napoleonic era helmets)
here is quite clear references showing main helmet form
and here is even few examples with cheeckpieces
most of the time before i start doing items i geting as much as possibile references to make it as close as my eyes can see.

also here seems to be 2 forms of thraco attic helmet one is with ears other are without it.
and i did just with ears at the moment.

Well, all i can say is i stand corrected

Just found (here; here be swords, btw, and armours, and greaves) an interesting, ornamented helm from the second half of the 5th c. BC.

Fascinating!
As well as this iron scale helm from the 4th c. BC, of course.

Nice, some really interesting swords in there and helmets of course, which is what we like the most.

Mind you, some of the armour pics there include (besides the numerous decorative applications) neck-guards, like on this picture. In regards to matmohair's pics above, they're from an old children's history book.

are the triballi going to be included? they were considered thracians although they were celtic. here is some research on them.

Triballi, a Thracian people whose earliest known home was the “Triballian plain” (probably the Plain of Kosovo), near the junction of the Angrus and Brongus rivers (the western and southern Morava) in the north-central Balkans. Sometime after 424 bc they were overcome by the Autariatae, an Illyrian tribe. In 339 bc the Triballi refused to allow Philip II of Macedon to pass through the Haemus (Balkan) Range unless they received a share of his booty. Philip forced a passage but was wounded in the hostilities. After Philip’s death, Alexander the Great in 335 crossed the Haemus and defeated the Triballi. The Macedonian expeditions left the land of the Triballi devastated, and the nearby Illyrians conquered them. They later gathered enough strength to cause trouble to the Roman governors of Macedonia.

can't find any maps of their territories pretty much.

ill see if i can find some soldiers later.