MacReady takes off his flight jacket and sits down at his desk. He turns on a small lamp and reaches for the half-empty bottle of scotch sitting next to his computer. Slowly and deliberately, he picks up the bottle and pours a generous serving into his glass.

He takes a long sip, and his eyes move to the corner of the desk, resting on the tape recorder. He grabs the microphone but hesitates, his finger hovering over the record button. He sighs, takes another drink, clears his throat, and presses the button.

"I'm going to hide this tape when I'm finished...if none of us make it, at least there will be some kind of record. The storm's been hitting us hard now for forty eight hours. We still have nothing to go on."

He stops the tape recorder, and takes another drink before resuming.

"One other thing, I think it rips through your clothes when it takes you over. Windows found some shredded long-johns but the name tag was missing. They could be anybodies. Nobody...nobody trusts anybody now." He takes a deep breath. "We're all very tired."

He stops the tape, rewinds, and presses play.

"...nobody trusts anybody now." He stops the tape again, rewinds, and records over his last comment.

"There's nothing else I can do...just wait. R.J. MacReady, helicoptor pilot, U.S. Outpost number thirty one."

He stops the tape, ejects the cartridge, and places it in his pocket. He finishes his drink and stands up, turning off the lamp on his desk. Putting on his flight jacket, he moves to go to the main camp, but pauses as he reaches the door. Crossing the room, he removes the tape from his pocket and grabs an old report off the desk as he makes his way towards the cold wood furnace in the corner of the room by the bed. Wrapping the tape in paper, he opens the furnace and stuffs it inside. He closes the furnace, brushes off his hands, and moves back to the door. A gust of cold air hits him as he opens the door. Slowly, he steps outside, unsure of whether or not he'll encounter...

Hey everybody, I'm ready to host. I ran a few simulations, and I think I need 16 players to balance everything out. Not sure if that is a tall order, but if we were able to get 15 for Quail's game, I figure 16 is feasible. Do us all a favor and sign up if you can (probably) post at least once every 1 to 3 days!

Small bit of game info for those who are wondering - this is a converter game (duh!), although there are certain limitations on the converter role to (hopefully) prevent things from being unbalanced. There is also going to be an independent wolf pack of Norwegians who are dedicated to slaying every last one of you and then themselves to prevent the Thing from getting loose. The bad roles have some specials among them, so you can also expect that the good guys will have some specials as well - I'm still not sure if everyone on the good team will be a special or not, but there will definitely be some minor powers in addition to more standard special roles.

Ah, **** it. Just saw the movie a few weeks ago and my wife is still spooked by our dog since then. Guess I can't turn that opportunity down. Plus, how else are you gonna get those 16 players.... 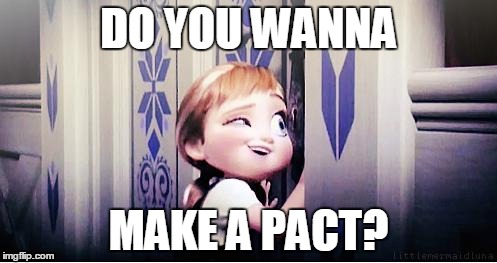 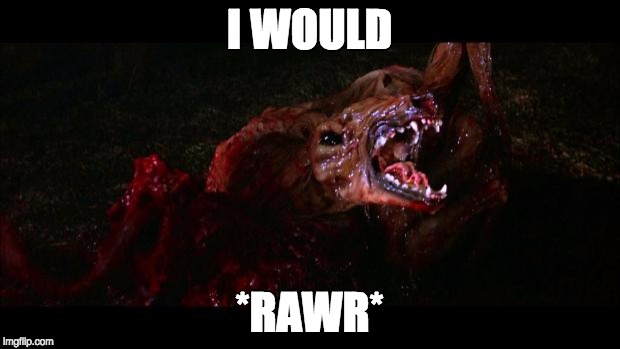 Since you weren't EVIL the last time we made a pact, I'll think about it. Gotta spread the love though.

Big McLarge-Huge said:
Ah, **** it. Just saw the movie a few weeks ago and my wife is still spooked by our dog since then. Guess I can't turn that opportunity down. Plus, how else are you gonna get those 16 players....
Click to expand...

Yeah, the film really is a great setup to a game of Werewolf.

About those 16 players, I dunno, I'll send some PMs to the people in Vieira's game and the people in Melter's game, I know there was some cross over but there were also some differences between the groups, so there should theoretically be enough for sixteen.

Mail Locke, Leprechaun and some of the other old folks that joined some time ago for Black Death. Leprechaun was pretty active for a few games, so I guess he could be up for another shot at it by now.

I see MaHuD loitering nearby, he's surely about to sign up, too!

I do. Even though you didn't fulfill your end of the bargain last time.

I want to play, but finals are coming up soon.

Xardob said:
I do. Even though you didn't fulfill your end of the bargain last time.
Click to expand...

No deals for a slayer of Harpers Magoriens.

Why not. I already have a gif lined up for if people react a certain way to it.

Pharaoh X Llandy said:
No deals for a slayer of Harpers Magoriens.
Click to expand...

But I didn't do anything. It was my evil packmates.

Xardob said:
But I didn't do anything. It was my evil packmates.
Click to expand...

Then you will learn the hard way that when you have evil packmates, you let them do your evil bidding, instead of being a wuss and rolling over and letting them kill people you have pacts with.

I will be away for half a week in two weeks, if this is not a problem I sign up.

MaHuD said:
I will be away for half a week in two weeks, if this is not a problem I sign up.
Click to expand...

You were away for most of the last game and still won.  Where's the dilemma?

So taleworlds, some modder fixed the most glaring issue in sieges

My kingdom continues to create armies for fear of homelessness.