Quite possible! I'm not sure if EFREM actually did the grammar/linguistic correction on that, I'll need to take a look at the files he sent me to make sure

# Important Notice #
Make sure your Warband version is at least 1.161 as the mod will most certainly not work on any earlier version.
This release is updated to the latest available Warband build but should work with any version past 1.161.
It is advised to enable ragdolls or some of the death animations will glitch.
The mod is not intended for 32 bits operating systems, a performance patch for weaker computers is possible but don't expect miracles.

- EFREM for his research and help providing accurate names for locations, characters and troops
- DarthMongolTheUnwise for donating models for the Iberian Mercenaries
- All the people that stuck around even when we haven't properly updated the mod in years 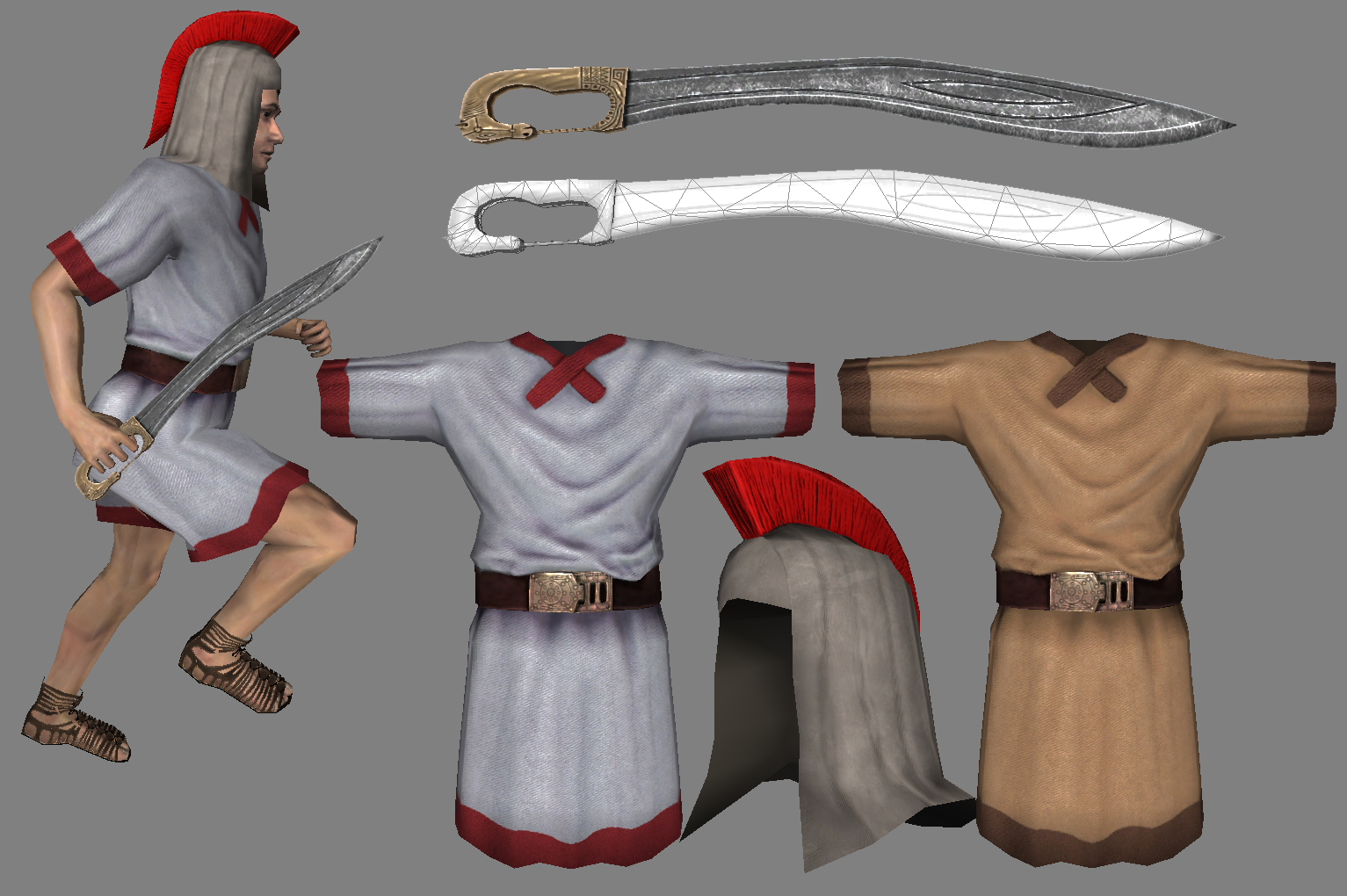 Added some more download links if moddb is too slow.

Great!  This is one of my favorite mods and I am glad you're still working on it.

It is great for us that you aim to " complete " this RaW project.

However, fair to say that , for mine, I will have to wait until you have tidied up everything as in your changelog; I can't see the point in (re)starting it as yet unfinished / unpolished ( but for others, who can say ? ). So hopefully the " final version " will be available soon ( a Christmas present ! )

And now that improvements are afoot, I'm sorry but I can't help but ask again, did / will you make the ladies' ( to be sure, only the eligible young noblewomen, and companions ) faces more appealing ( please )?

I would say that even for a Beta I would recommend it over playing 2.5 simply because it improves over everything 2.5 has to offer and fixes some of its major bugs. It's a Beta because I want to gather some feedback while finishing up some content that might take a while. Most of the effort is indeed focused on Singleplayer.
Considering the ladies, we'll see. Some of the packs out there have them with huge foreheads or caked in makeup which I'm not too keen on using. Bear in mind that being ugly is historically accurate


Added to the downloads:
Rome at War: Revived Edition
ModDB
Submod by Charles de Tonkin for RaW 2.6 Beta, reverts the Celtic helmets to the old models.

Again, thanks for all your efforts.

Heyyyyyy finally some love !
Congrats on the release

Amazing job guys!! I'm spreading the good news of your release in my forum right now

The reception has been pretty good for a beta, I'm already making some changes based on the feedback I received and hopefully that will make the full release a lot more polished

Two things that stand out in a bad way:

1. The new campaign map is gorgeous but not every battle map (atleast in Greece and Makedonia) is unplayable or hard to play on because its super hilly and has steep mountains.

2. The new bloom effects are overdone, a white horse in sunshine is blinding for example.

1- I'm testing a fix right now that seems to work, screenshots attached were battling in Samnium and Greece where that issue is the most annoying. It seems to work well so far and I'll keep tweaking it out.

2- I'll check that out, maybe the specmap is too strong on the horses. There's a submod that outright removes it here: Rome at War: Revived Edition

Other updates in progress include some improvements for the recruitment system, now there's only a single trigger taking care of it instead of two. Now instead of updating all the 200+ villages at once, it updates one village every half ingame hour. Villages will send their troops to reinforce a garrison once they are over their limit and train a new batch of troops. This means no more empty garrisons all over the map at once.
To do:
- Improve the calculations for garrison limits and how it scales with player level.
- Allow the player to cancel the automatic replenishment of his garrison.

Updated the list of units that can be upgraded in the barracks and changed the presentation to only display troops that can be retrained. Improved the calculation for the number of recruits available to retrain.
To do:
- Fix the menu exiting when there is only 1 recruit available
- Make it more obvious that you can exit the menu by pressing "Esc"

Great work and thanks for the quick reply ! That looks far more playable. I dont mind hilly or even difficult maps, but if theyre everywhere, even in the plain of Athens, it gets annoying.

Also cool new heroes ! Just noticed it, some really interesting ones I found so far like the Makedonian veteran or the laconian, well, Spartan haha.

Imagine this mod with custom troop trees... Amazing.
You must log in or register to reply here.