Raids have some issues...

1. You need something north of ten to one odds for the village militia to not bother with resisting. While I understand you don't want players to just render tactical battles completely irrelevant, it gets a tad bit ridiculous at times. This is not going to be an interesting fight, no matter what the AI does. 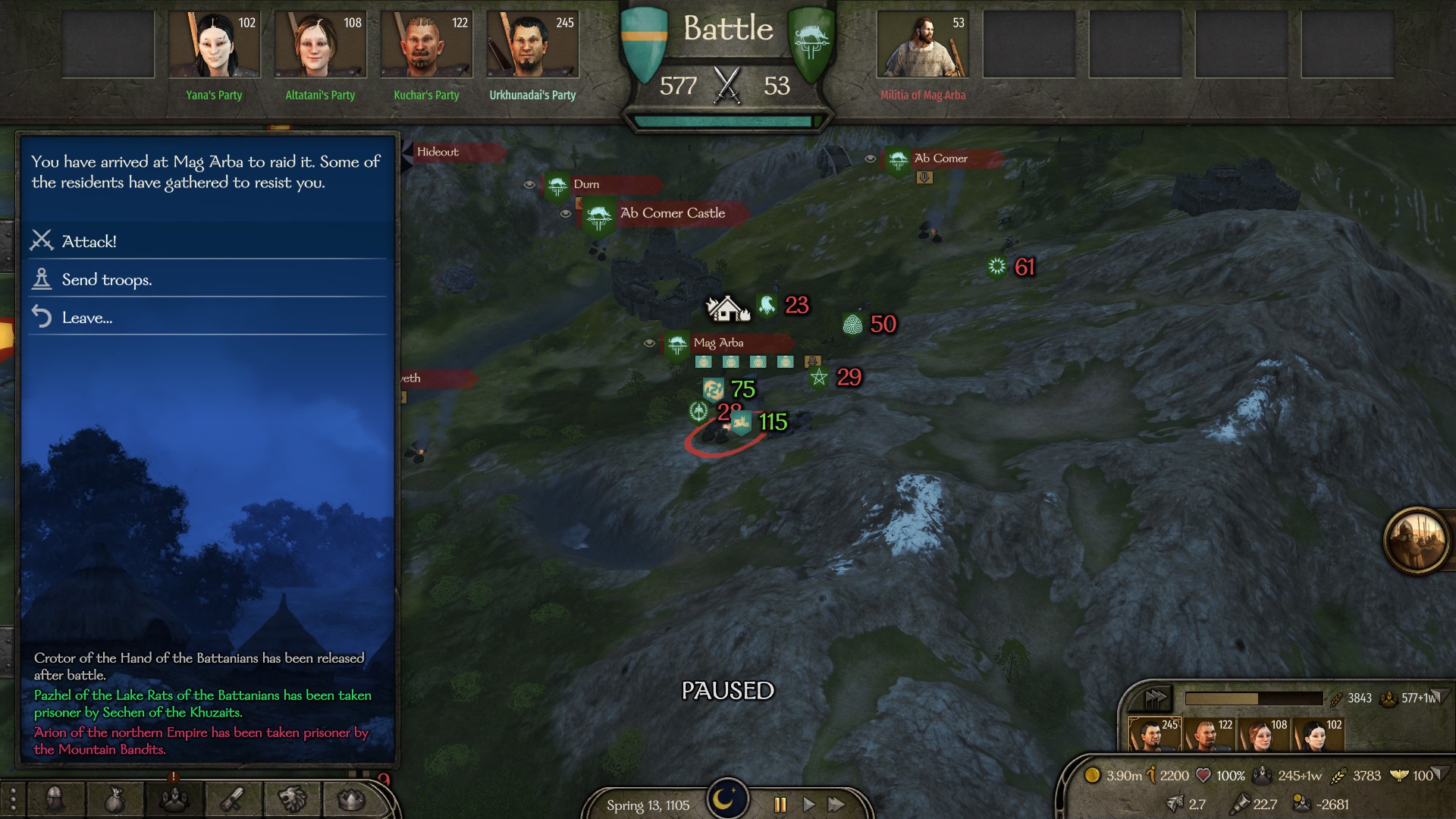 Turn it down their willingness to brawl a bit, because all it is doing is making me load the village map, maybe give an order or two (literally 1 or 2) and then tab-out until I hear cheering.

2. When there is a battle, some village maps aren't big enough to fit everyone and most suffer from a starkly limited battlespace. I'm talking about packed in so tight that almost nothing can move. Thankfully, you can wiggle past troops much easier in Bannerlord than Warband, but it is still annoying to deal with. Part of the reason I only give 1 or 2 orders is because those are only ones that function on the terrain provided.

raids should give more loot and these kinds of fights are time fillers if you have a big army. I would like the militia's not to resist if they are that outnumbered. But keep the option to fight so you can train your characters.

agree on all levels... They are defending on numbers they would most def be running from. But yeah can see that they dont want to give it to you for free later either so idk
You must log in or register to reply here.