Just a couple of things I've noticed about how siege battles could be improved. First and probably easiest to fix is the AI's inefficient use of siege towers. I've noticed that when attempting to utilize siege towers the AI will only consistently utilize the central ladder of the tower. The left and right ladders will be used occasionally but I think this happens more because the people at the bottom accidentally crowded them onto those ladders then because the AI thought to use them. This drastically slows how quickly attacking reinforcements can scale the tower and make siege towers basically large ladders on wheels.

Another issue with siege towers is that the instant the first person reaches the top the ramp is dropped. I'm not sure if this is because of how towers function or if the AI is triggering it, I've never been first to the top. This further exacerbates the issue with slow reinforcement speeds as the defenders can rush out and overwhelm the attackers at the top of the tower. I see two primary ways to combat this, the first would be to allow troops to climb the towers before they reach the wall such that once they do the ramp drops and the troops can rush across the ramp. my other idea is to only drop the ramp once at least 4-8 troops are on top of the tower giving the attackers a decent chance of at least establishing a foothold they can use to allow their reinforcements to come up behind them.

Finally while I understand and even like the defenders advantage the time required to build a siege camp creates, it unfortunately invalidates using siege weapons like catapults or trebuchets. This is because by the time you (the attacker) can get your first weapon up the defender will have 2-3 complete. These will immediately attack and destroy whichever weapon you built and while you might trade your weapon for one of theirs, since it likely takes you as long or longer to build your weapon as it takes them to build theirs, in the end you gained no real ground. This means the only way (I've found so far) to have even one siege weapon available during the actual siege battle is to enter the battle map as soon as the weapon finishes. Now I freely admit that this might be because I only have one real engineer in my army and even then their skill isn't greater than 100 so perhaps this type of siege warfare is more effective once you have more/better engineers. I'd still like the ability to either build multiple siege weapons at once (each at half or less speed) or the ability to build siege weapons outside of direct combat with enemy siege weapons and move them up once I'd generated 2-3 weapons of my own (if only to have more of them on the battle map)

Thank you for the great game and I hope this helps 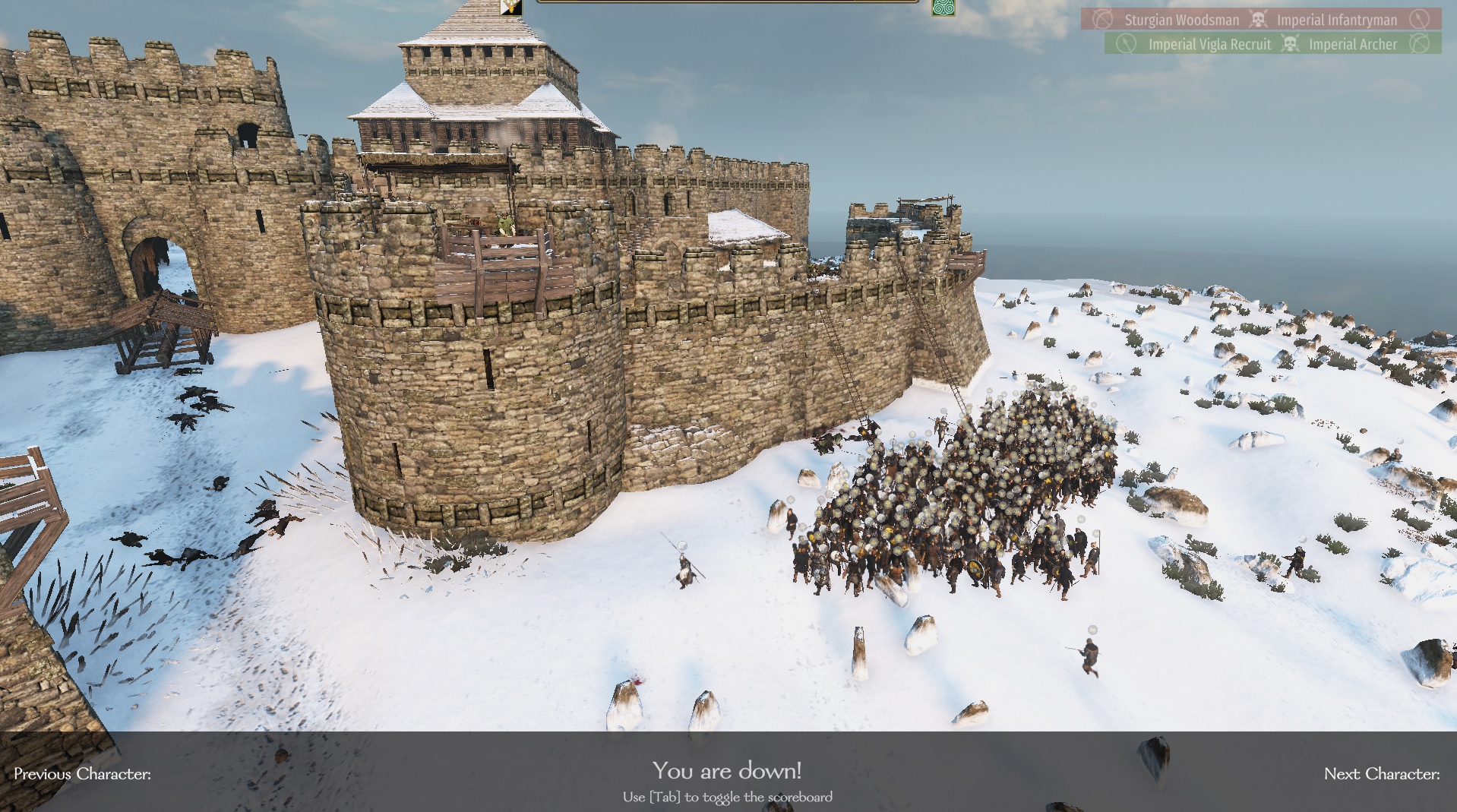