Post here if you are looking for a regiment or members.

This tread was made for:

- People who are looking for a regiment;

- Regiments who are looking for more members;

- Expand/spread a regiment's name in the community.

PS: Thank you Beaver for making the thread stickied.

The 44e Hollandse Marines is a new regiment to the Napoleonic Wars community, it's home being in AMTGS. This regiment is a place for both casual and active North America (USA or Canada) players to come together and participate in Linebattles and other events, aswell as make new friends and enjoy Napoleonic Wars. This regiment still has rules however, and those rules are simple. Also, since the Dutch aren't actually in the game, we have no set faction. So we'll play whatever we are assigned to, and hopefully with glee.

The regiment only has 4 simple rules!!!

•No trolling
•Respect your officers
•Respect one another
•Have fun

If at any point rules 1-3 are broken, you are liable to be kicked. Rule 4 (If broken) simply means this is not the place for you, and in that case, that is still very OK. This is just not the regiment for you then, this regiment will hold no ill regards towards those who leave.

If this all sounds great, the 44ste is the regiment for you! To join simply fill out this application:
Code:
In a forums reply on this thread here!!!​

The 87th Royal Irish Fusiliers are always looking for new Recruits to join our Line Company and Our Royal Engineers Arty and Sapper Company. We are EU/US based and do Five Linebattles and Two Training a week split over both Timezones. We have over 85 Total Members With many more recruits. We have our own Teamspeak 208.122.49.146:9995 we also have a website www.87thfusiliers.enjin.com and Training server.

Here is our 1st Platoon at training.

For all infomation head to this page http://http://forums.taleworlds.com/index.php/topic,222780.0.html
or website http://www.87thfusiliers.enjin.com

Also add me on steam kenty1234
You can also PM me on here.

We are a disciplined and organised Line Infantry regiment based in EU but also NA friendly and always keeping the standards of the fearsome Old Guard alive in our regiment.
We are looking for fresh men to join the ranks and give their lives to their Emperor! We only accpet players 15+ as too keep maturity levels at its highest. We have been in the Mod for over a year and have s series on 1vs1 Linebattles under our belt. We offer exceptional training for new people in the mod and our most notorious quality is our deadly melee charges. For more information about our proud regiment visit our Taleworlds Page here: http://forums.taleworlds.com/index.php/topic,148335.0.html

You can join or learn about the 1er by either adding me on steam: deffdread001
Or by registring on our new, Work in progress website:http://1ergren.xippy.eu/index.php?page=0 and appplieing in the Recruitment office​

The 81st (Loyal Lincoln's Volunteers) Regiment of foot​
We are a British Regiment!​ 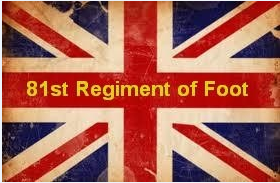 Regimental History​
Raising of the Regiment​
The 81st was raised in 1793 in response to the French Revolution. The British Army was in the process of being expanded to meet the French Republican threat. On 23 September 1793, Major General Albermarle Bertie, formerly of the 1st Foot Guards, was directed to raise a regiment. However, no levy money would be provided. The original compliment was composed of the Militia of Lincoln volunteering to serve in the new regiment. Originally known as the Loyal Lincoln Volunteers, the regiment was embodied in January 1794.


Battles Involving the 81st
Battle of Maida 4 July 1806 saw a British expeditionary force fight a First French Empire division outside the town of Maida in Calabria, Italy during the Napoleonic Wars. John Stuart led 5,200 British troops to victory over about 6,000 French soldiers under Jean Reynier, inflicting crippling losses while incurring relatively few casualties. Maida is located in the toe of Italy, about 30 kilometres (19 mi) west of Catanzaro.

Battle of Corunna The Battle of Corunna (or La Corunna, A Coruña, La Coruña, or Elviña) refers to a battle of the Peninsular War. On 16 January 1809, a French army under Marshal Soult attacked the British under Sir John Moore. The British had retreated across northern Spain following the defeat of the Spanish and their allies in the campaign and were attempting to embark on ships and return to England.​
The Regiment is split up into three companies.
The first one is the Line Infantry which generally consists of 15-20 Rankers led by the highest ranking officer present.

Our second company is Skirmish light foot guards, roughly the same numbers but a different style of play.

The third company is an Artillery battery of 2 cannons to provide cover for the Line Infantry during battles.​ How to apply for the 81st Regiment of Foot:

1] Nickname:
2] Region(Country):
3] Do you speak english:
4] Do you have Teamspeak 3 Including a Michrophone:
5] What you want to join as:
6] Steam name:
Send this to me In a PM here on Taleworlds and we will have a chat about you joining over​

The 44th (East Essex) Regiment of Foot is a North American regiment based on skill, activity, and discipline. We are a community that plays games together, fights in line-battles and conquests, and finally consider each other more as a community than clan. In the regiment you may find yourself surrounded with veteran players who can significantly increase your melee skills or even show simple tricks that advanced fighters use. The intention of the 44th is to provide a fun, enjoyable, yet disciplined unit that fights primarily as line infantry as a centre & light company that even plays artillery. Based on a historical regiment that participated throughout many battles in the Peninsular campaign and finally into Waterloo (The entire history is posted below), we hope to reenact the 44th in an awesome way.

If you are interested in joining a serious, disciplined and rather fun regiment then join the 44th!

Everyone is allowed to post what they want to show there regiment, if it's an entire thread than so be it.

If you are looking for an HEBREW speaking Regiment-you should enlist in The Gideon Force Regiment of Foot-
http://forums.taleworlds.com/index.php/topic,234080.0.html
we already have a warm community with 18 members.
Just Fill up the Application And we will Gladly Accept you into our ranks.

We need no country "The BSB" is a country! The rest of thread can be found here
http://forums.taleworlds.com/index.php/topic,226296.0.html​ 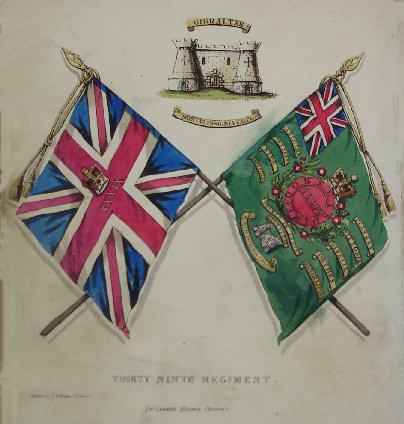 39th Dorsetshire Regiment of Foot is always looking for new members.
We are a small elite British Line Infantry Regiment,looking to expand and teach the new members how to fight efficiently.
We have 2 trainings each week,aswell as a line battle,guaranteed.

Focused on being a smaller sized regiment,we will be able to uniquely train each and every man to his own need.We operate with strict historical accuracy,with a high level of discipline.
You can still find fun in this type of regiment.

If interested,pop over to our thread or simply add tibbert123 on steam.​

If you're looking for a mature, large and active Mount and Blade : Napoleonic Wars regiment entirely based in North America, then this is the regiment for you.

We are a Prussian Infantry regiment. Our goal is to provide a fun and entertaining Napoleonic Wars experience that will appeal to seasoned players and newcomers alike. In the Royal Prussian Army members will likely make friends with not just other regimental members but also members of other regiments; the army is rather a large social community.

Our goal as a regiment is to be a driving force in line battles. Our goal during linebattles is to smash opponents with thundering  Musket volleys and skilled use of steel as well as providing a fun organized linebattle experience for all members.

We also strive to be a disciplined regiment. This of course will not get in the way of having fun but we will need to maintain a moderate silence amongst rankers during battles. A higher degree of discipline will lead to a more enjoyable trainings which will lead to a increase in skill and performance in the field.

The 3rd Royal Artillery: http://forums.taleworlds.com/index.php/topic,236093.0.html is looking for new members! In the 3rd you will be trained in whatever skill is requested for that training. If you want a friendly, small regiment but that is still about skill(you don't need to be skilled, we can make you skilled) and fun, join the 3rd Royal Artillery! we also care for our members!

I'm looking for an active regiment that partakes in more than 1-2 line battles a week. Was previously in the 91st but they don't do much and are very strict, which isn't worth the hassle when not doing anything fun or having many line battles. I played a bit pre-NW but not much. I am good in melee.
You must log in or register to reply here.
Share:
Facebook Twitter Reddit Pinterest Tumblr WhatsApp Email Link