I have noticed the Aserai making some weird strategic decisions on the world map
Most notably they are extremely interested in taking Oristocroys castle, whilst skipping over Garontor or Ortysia - even when they have a massive army easily capable of conquering the city, too.

This often leads to them wondering around imperial lands skipping over other strategically viable targets, whilst burning up their army cohesion, making them easy to kill once they break up into a vassal-swarm.
(excuse that in my below example they are not at war with battania, just pretend they are for simplicity, i'm too lazy to start a new save for another screenshot) This also is observed when they hold Quyaz, as Quyaz is still closer to Oristocroys than Ortysia if you ignore the ocean. 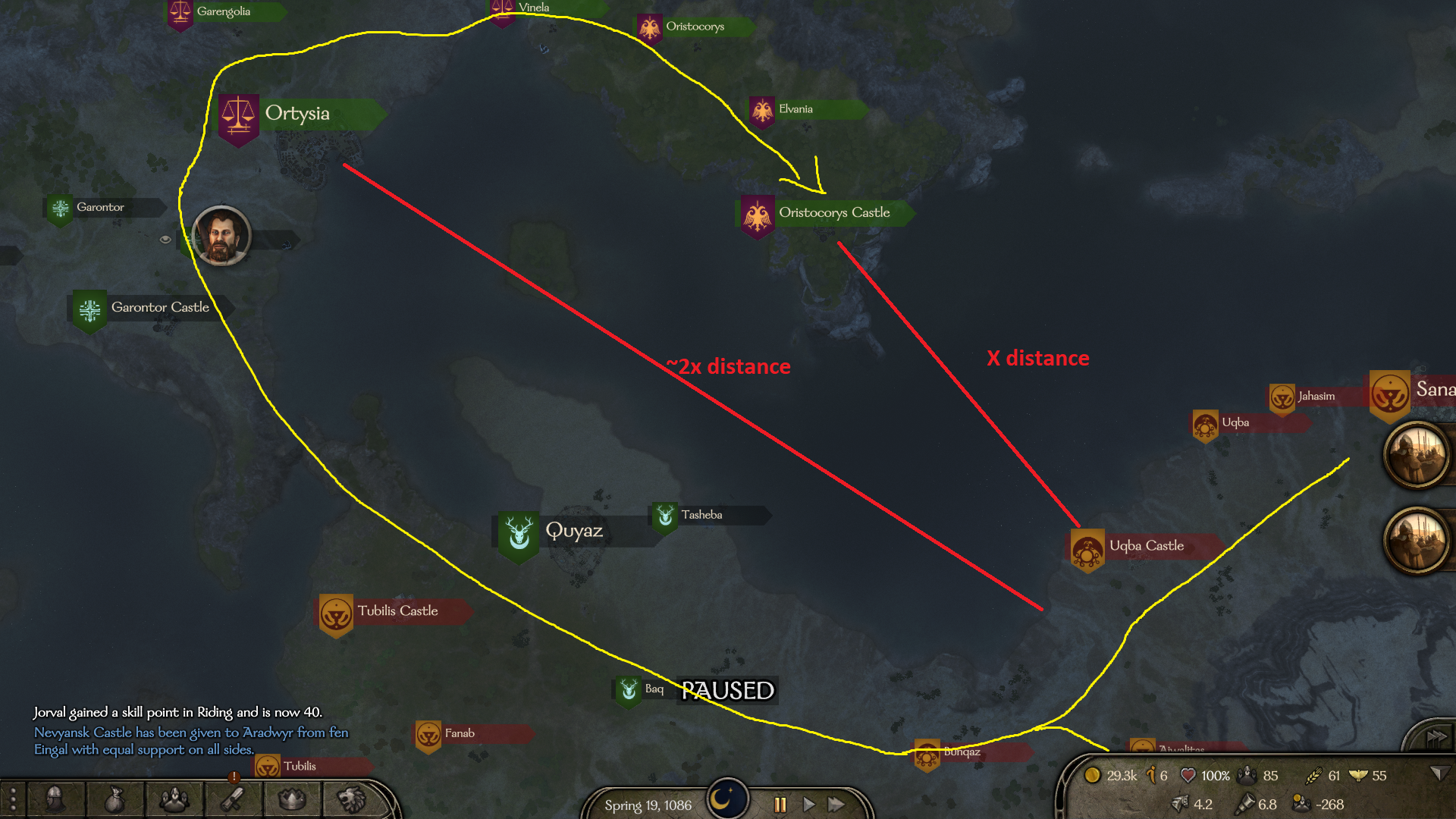 I think this occurs because the AI is interested in taking fiefs near to their own fiefs.
But they are not taking the increased travel time into account from going around the inland-sea that this also requires.

This only seems to be an Aserai Issue as no other empire has just 2 entrances to it's territory or has to travel in such a round-about way to reach "nearby" targets. I've seen them do similar things at the other end of the map when invading the eastern empire.

I dont know how you could fix something like this, as calculating relative travel times, rather than absolute euclidean distance (which is what seems to be going on here), is going to be more CPU intensive.
Maybe give the Aserai AI a lower weight specifically for attacking that castle (and one or two others)? as a work-around.
Last edited: Apr 9, 2020
You must log in or register to reply here.

The war system is a mess (extremely long topic)