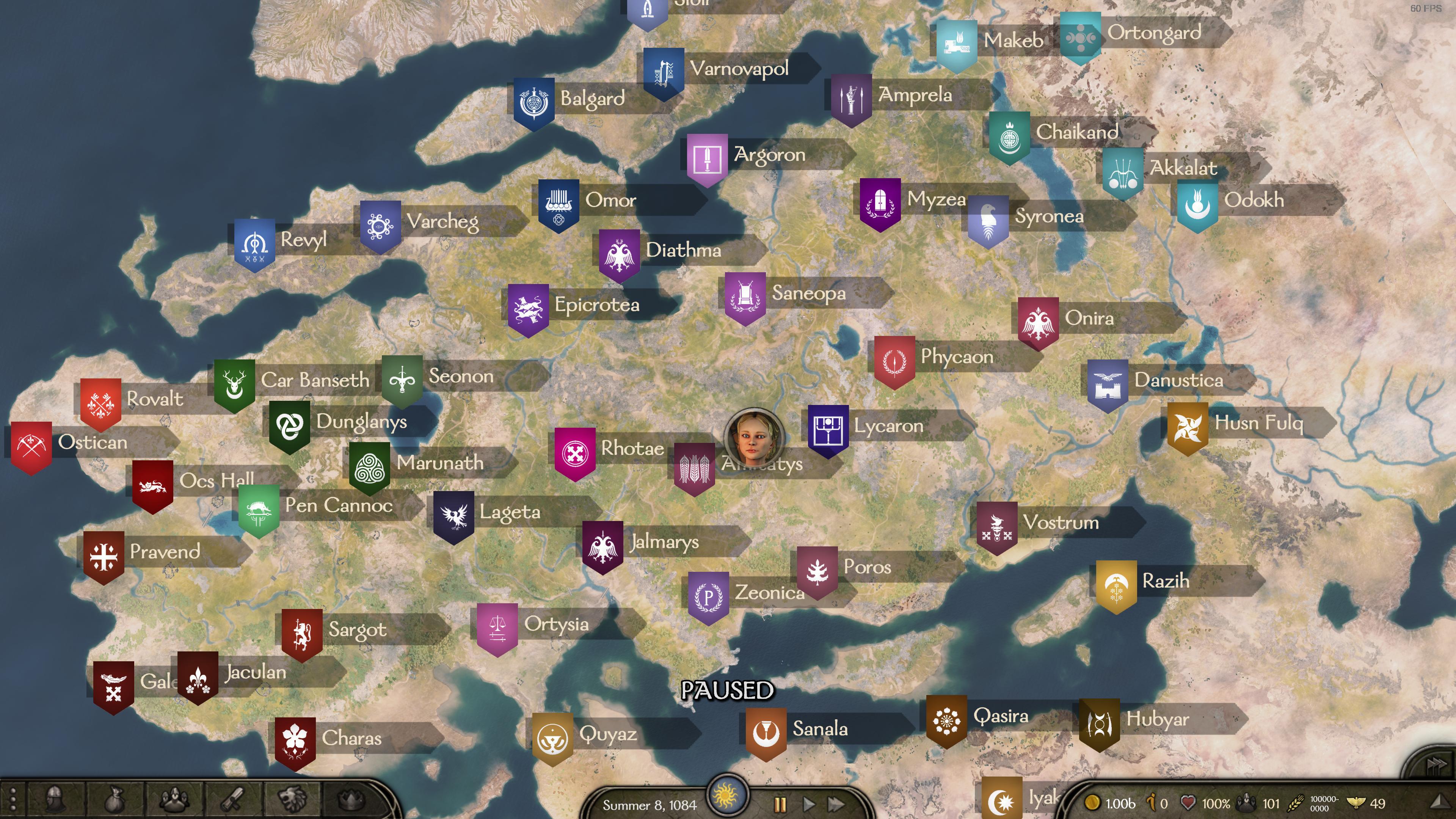 THIS MOD IS TESTED TO WORK WITH BANNERLORD 1.8.0 BETA ONLY!

Petty Kingdoms does the following things when you start or load a game with the mod enabled:

Furthermore, unlike vanilla game where kingdoms can only be destroyed by completely wiping out the ruling clan, here a kingdom is automatically dissolved if it loses all of its fiefs and all clans other than the rulers. The ruler clan becomes independent in this case, and can be eventually absorbed by another kingdom.

The result is several dozen petty kingdoms constantly warring with each other and with the newly independent clans for domination. Some will get lucky enough to not only conquer their neighbors but retain those gains, and snowball into something greater. Most will fail early and disappear in history. A perfect opportunity for an ambitious adventurer to join a quick-growing kingdom and reap the rewards, or to take over a failing one and give it direction!

Note that the mod also works with existing saves, so you don't have to restart your character and clan from scratch to try it. Saves will continue working without the mod, too, with all the new kingdoms remaining as they were - however, disabling the mod will also disable the custom rule for kingdom dissolution.
You must log in or register to reply here.