Oregonia: A State of War 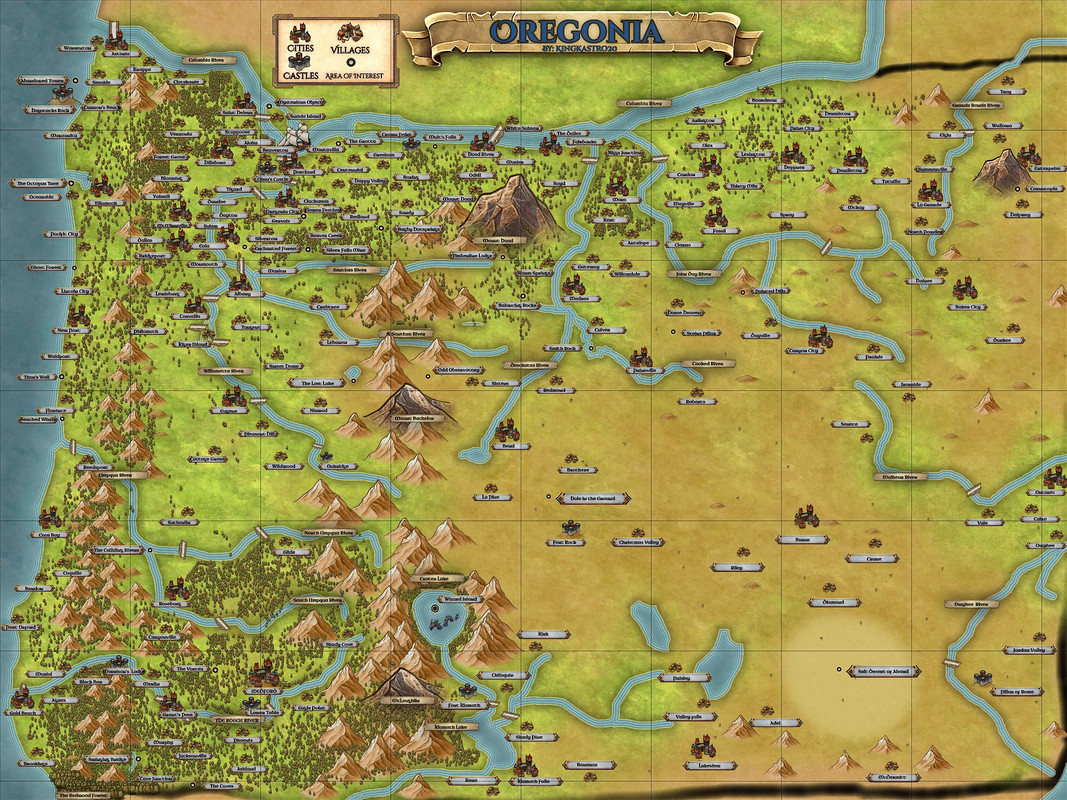 INTRODUCTION:
(INSERT INTRODUCTION TO THE STORY AND BACKGROUND OF THIS MOD)

ABOUT THE MOD:​
This is going to be an overhaul mod that will take you on a journey through the modern state of Oregon, but reimagined as a medieval and slightly fantasy based land that has been in constant war. This mod will focus more on story telling (Like having many fun and engaging long questlines) and scenery instead of adding new items to the game; however, that does not mean there won't be, just that those things come first.There is so much that I have planned for this mod, although it will be my first mod, so this whole process will be new to me. Some of the features that I have for this mod include:

Map:​
- (See Picture) The map will be almost exactly like the real state of Oregon. Actual bump maps of real areas will be used to make all scenes/locations.
Ex. Jackson County will become the clan "Jackson"
Ex. Clan Jackson will have Medford as its city
- Ex. Medford will have the villages of Phoenix, Ashland, Jacksonville
- Each castle is accompanied by 2 villages
- Modeled after actual locations
- You will be able to explore/gain experience, find treasures, and learn the history of the location.

*It is worth noting that I will be slightly changing some locations actual location slightly (Such as putting the city of Medford on top of a natural called Table Rock, instead of it actually being adjacent to it) and I will also be making some locations that do not have a population into castles in some situations (Such as Fort Rock, which is actually only a natural formation of rock, into a castle).

Questlines:​
- This questline will be more than just a generic storyline that has only a little story which only exists to point you in the direction of uniting the kingdom (although it will point you to that). This questline will focus heavily on an actual storyline, that will hopefully have different paths and choices.
- Each of the unique companions will have a questline that will give them more of a backstory. This will help you form more of a relation with them and help them not feel just like a soldier that you can change the outfit of.
- Some of the areas that you explore throughout Oregonia will hold secrets that will start you off on a quest, or a quest given to you on your travels will point you in the direction of a location.
- These will be the quests that are originally in the game, most of which are repetitive and generated continually as you play.


Invasions:​
- The Rajneeshee will invade Oregonia, and are a cultic faction that will form near the north middle part of the map.


A 100% Nomadic Faction:
​
- This will be another main faction called the "First Men" (Modeled from the native american tribes of Oregon)
- This faction will have units similar to Battania, except not look as highlandish and celtic. (They will obviously look more native american)
- The different clans will be the different tribes found in Oregon (although, I am aware that these tribes were probably never allied with each other)
- Each clan will consist of one party, the leader being the chief, and you will be able to interact with this part as both a party, and a city since you will be able to explore the parties encampment. (although, I am also aware that these tribes were also probably not as nomadic as this, if at all).

Mercenary Groups:​
- There will be multiple mercenary groups which I think will be based off a mix of sports/college groups, groups actually in the area and what the area is actually known for.


Special Unit Orders:​
- Bow based
- Knight type Calvary Based… obviously, there will be two different types
- Melee shield and sword based
- Hooded robes 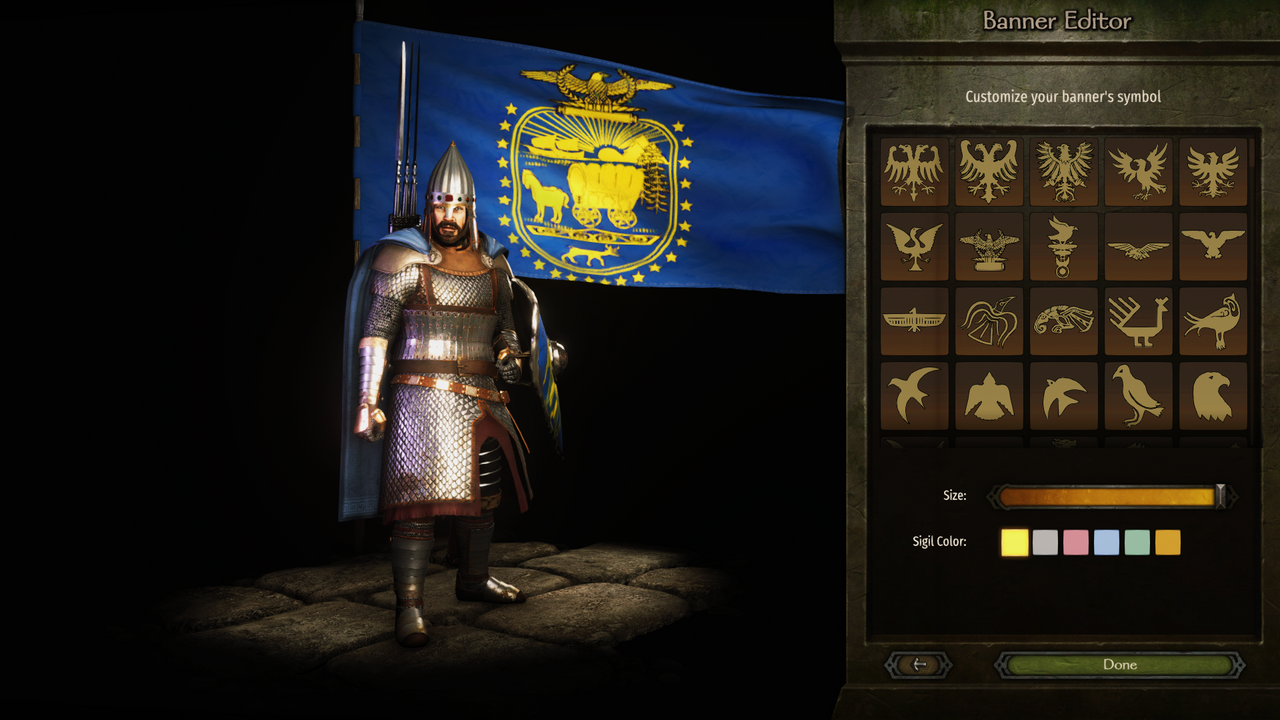 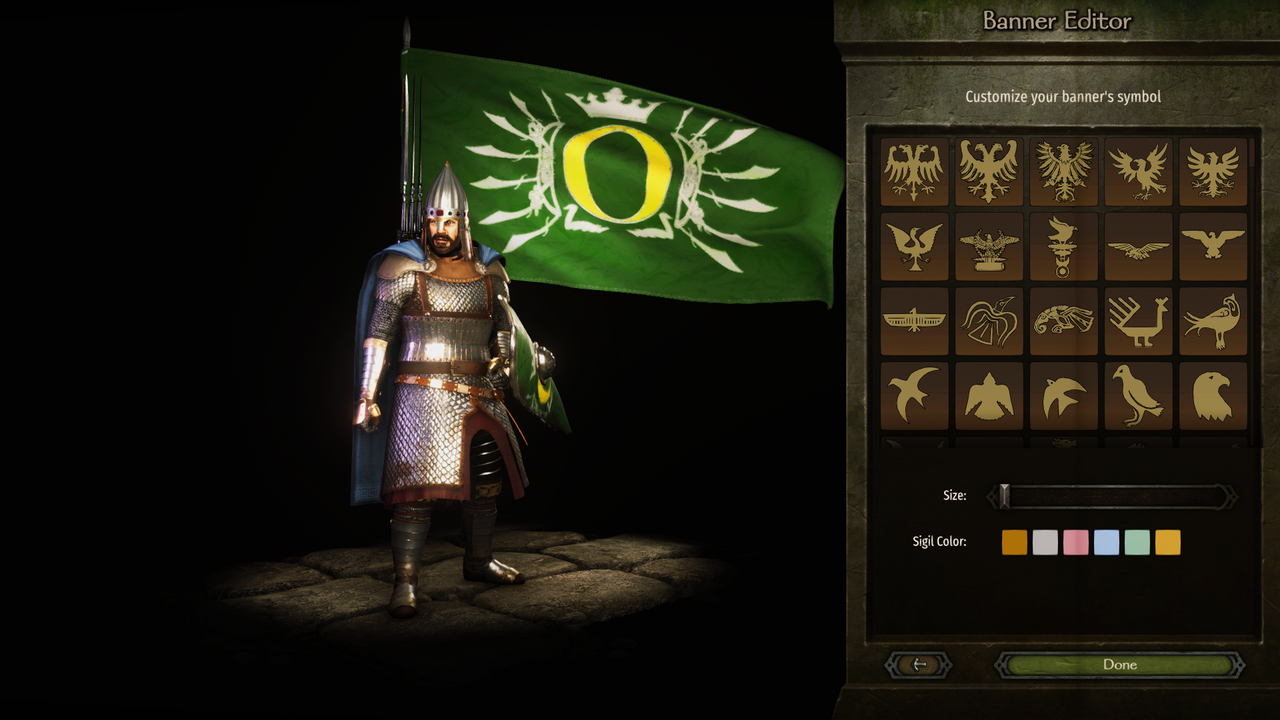 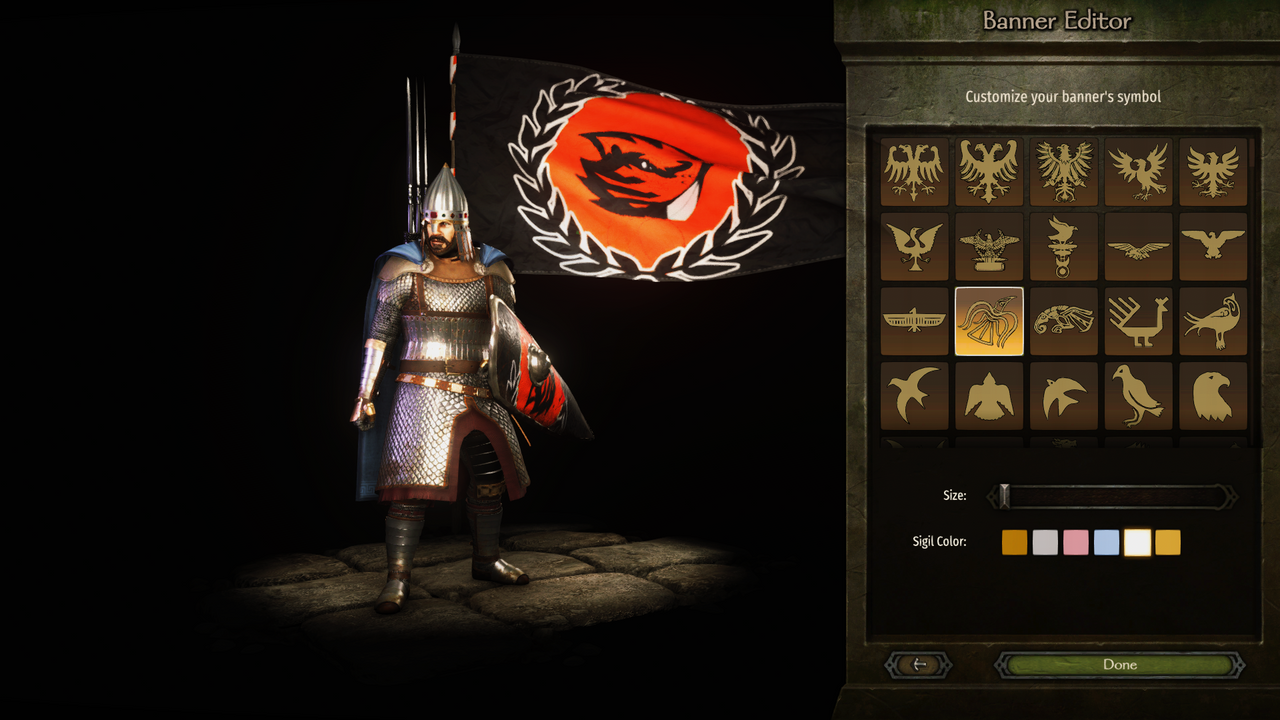 *I will continue to update this with changes, or new information that becomes available*

Help Wanted!​
- Coding: (Including Creating unit trees, cultures, factions, and everything else that the mod tools do not cover or that need coding)
- Story Writing: (I already have a general outline to get started)
- Model Creators: (Although, this mod could be made without any new models)
- Scene Design:


*Contact me on here if you would like to help out with the project*
*Later on, I may form a discord group to talk about the project and take ideas like other big mods have done*


Feedback Wanted!​
- If there is any idea that you have that you think I should implement, please feel free to include it! Although, if you have anything negative to say, at least make it helpful instead of insulting. I really would like feedback on the map I created, and any locations I should include, or any changes to it.


Plans:​
This is an idea that I really have been wanting to do since warband but I always felt like it couldn’t be done (since I have no background with modding). But with the release of these tools, I hope that more people like me can fulfill their modding dreams. That being said, I hope that I will have the time to finish this, and acquire the help I need to finish it. Nothing is set in stone, and as of right now, this is just an idea that may be finished a long time from now (since it is just myself working on the project). Although, the order that I would like to complete things in is:

Have you thought of making a mod in Oregon that was historically based ie. Settlers, indians, mountain men etc.. I know that would require a lot of modelling but you could follow the same geography and teach a lot of Oregons history while immersing the player in the appropriate time period. You might be surprised what you can get from osps.

Yeah, I thought about that, but it would require me to be sufficient at creating a lot of models. I am not, unfortunately... Creating the mod in this fashion will allow me to not have to create any new models, and also fulfill my dream of giving the Oregon landscape a medieval look. I could always create a mod later on in the Oregon Trail Era, but I would definitely need someone who could do the modeling. I also was going to include a lot of history about Oregon, just with a fantasy approach to it so that it would fit within this world. Also, what is osps?

KingKastro said:
Yeah, I thought about that, but it would require me to be sufficient at creating a lot of models. I am not, unfortunately... Creating the mod in this fashion will allow me to not have to create any new models, and also fulfill my dream of giving the Oregon landscape a medieval look. I could always create a mod later on in the Oregon Trail Era, but I would definitely need someone who could do the modeling. I also was going to include a lot of history about Oregon, just with a fantasy approach to it so that it would fit within this world. Also, what is osps?
Click to expand...

Yea that makes sense, osps are free to use models posted by the community, for mods only and not commercial use, but they are a great way to get high quality models, I used a bunch for my mods in Warband. There is an osp section in the warband modding forum and I imagine one will pop up for Bannerlord pretty soon.
You must log in or register to reply here.
Share:
Facebook Twitter Reddit Pinterest Tumblr WhatsApp Email Link