lol, none of these would convince me to release my work. especially the last one isn't even true; most people don't give two ****s about work done by anyone for the community.

Look solid for now, hopefully people don't abuse the too much as it can be misused by editing.


Namakan said:
lol, none of these would convince me to release my work. especially the last one isn't even true; most people don't give two ****s about work done by anyone for the community.
Click to expand...

Agreed, i doubt there are even much modders in the comp scene in bannerlord who are willing to make a fork or contribute to the repo lmao

It keeps pickups in the same place, which is desirable

Namakan said:
lol, none of these would convince me to release my work. especially the last one isn't even true; most people don't give two ****s about work done by anyone for the community.
Click to expand...

Well there are people out there who put their work out for free and I am grateful to them, I use their work on almost daily basis. Chances are Forsee used such tools to create the bot.

Namakan said:
lol, none of these would convince me to release my work. especially the last one isn't even true; most people don't give two ****s about work done by anyone for the community.
Click to expand...

Wrong approach IMO, open sourcing a project should be "always done unless x". Your approach is "I should open source my project because x".
It costs only a minute to upload it to git

I would have taken a shot at it for sure, it also prevents the community from doing double work and is just bad habit. But hey, it's a useless discussion anyways as they want to keep their "magic" source code.

Pay him then, I am sure if the community paid him it would be open source. Guy is working for free.

TheAndrew said:
Pay him then, I am sure if the community paid him it would be open source. Guy is working for free.
Click to expand...

What? People now want to be paid to make a small project open source?
Like do you understand the reason I ask it to be open source?

Why would I pay for some expensive OpenCV image recognition which is supposed to help the community and I would want to contribute to?

Also there is a very easy way on GitHub to receive donations.

Horatius said:
What? People now want to be paid to make a small project open source?
Click to expand...

People don't code things for free. It is completely reasonable for him to ask money to make it open source, same way it is reasonable for you not to pay him and just leave it closed source.

If you think it's easy to do anyway, just do it.

Einarcf said:
It keeps pickups in the same place, which is desirable
Click to expand...

I played couple games last night. It was quite fun. Love to see activity in HINQ discord. Even tho there were some minor errors from bot side, it's always lovely to see this community active and playing together.

Jufasto said:
I played couple games last night. It was quite fun. Love to see activity in HINQ discord. Even tho there were some minor errors from bot side, it's always lovely to see this community active and playing together.
Click to expand...

thank you for the answer Jufasto, appreciate it

Tork789 said:
everyone can implement the bot on their servers
Click to expand...

This is actually a reason to NOT make it open. We are not communists here.

Great job guys. Community always was the only reason why mp in this game is still alive

mrArgentum said:
We are not communists here.
Click to expand...

Speak for yourself, comrade.

This is really well done and is infinitely better than regular skirmish.

The Inquisition is Thankful​

Greetings, wicked sinners!
The Holy Inquisition is pleased to announce that the first season of matchmaking “The Sacrament of Penance” has come to an end. All of us have come a long thorny way and achieved a lot. During these few months we have significantly reduced the number of bugs, improved the MMR system, made an important migration of the statistical base, and the bot was re-launched on a stable paid hosting with higher data processing speed. However, first of all, we want to thank you, every player of the bannerlord matchmaking. Without you, none of this would have been possible. We especially want to thank our patreons and dear moderators!
Ladies and gentlemen, stay tuned, because there's a lot of fun and pleasure, trying hard and suffering, tons of drama and tears ahead of us! 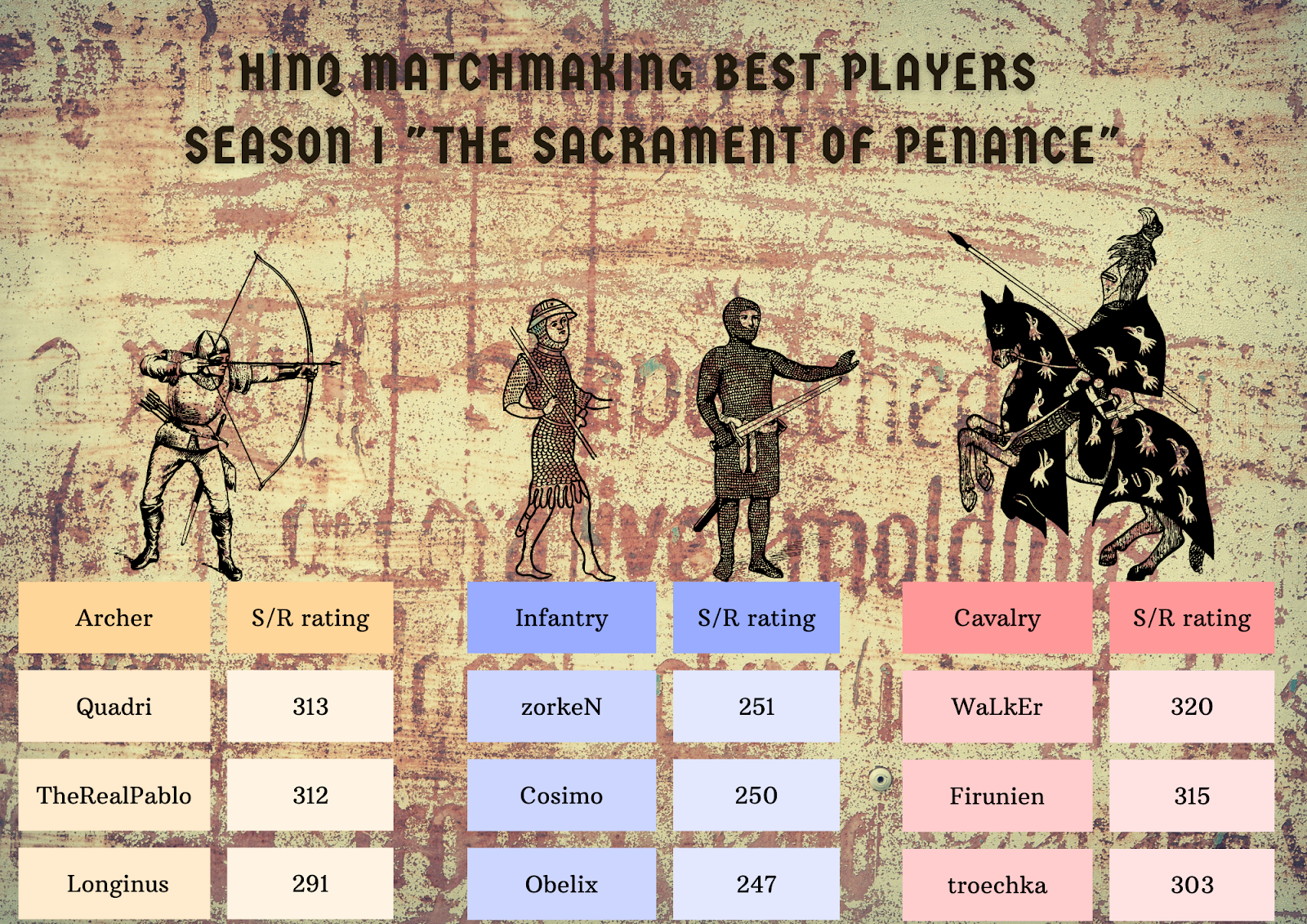 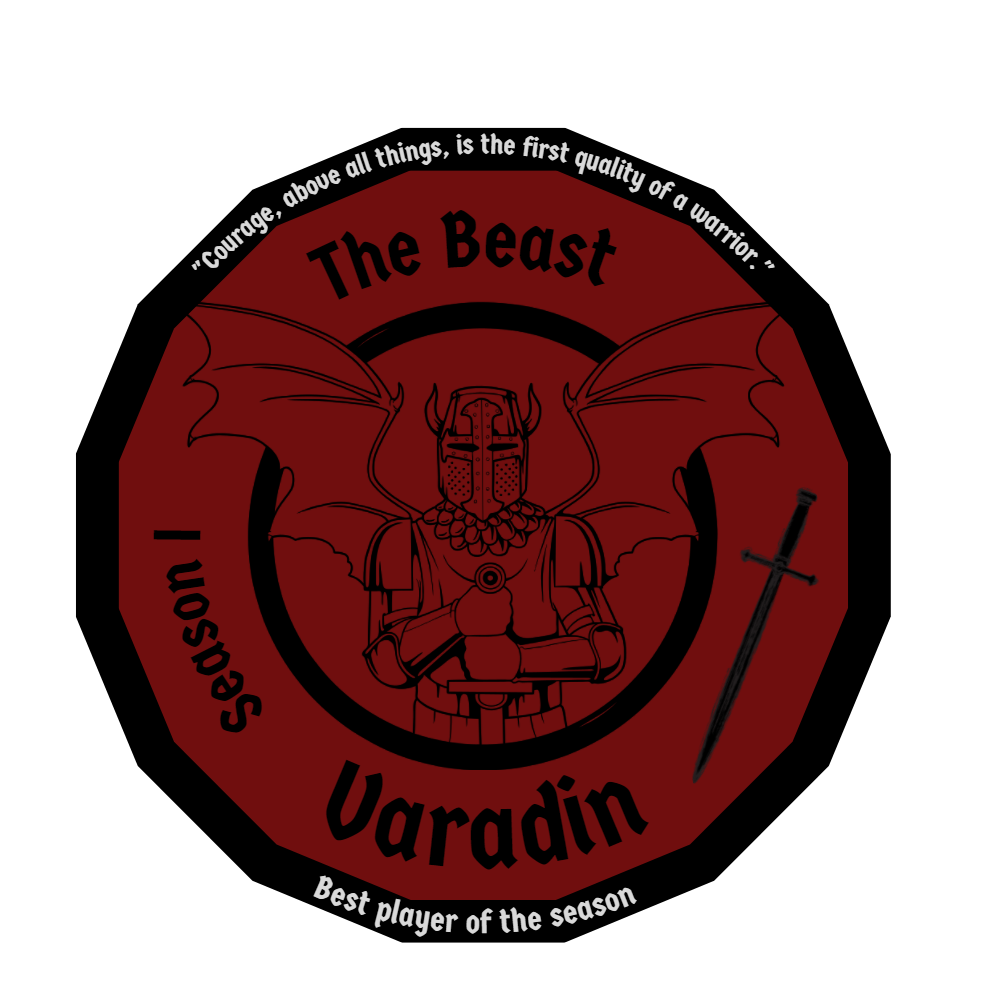 The strongest warrior, Varadin. The first place of the first season.

The mighty Chao Persik, spectacular performance with the second place. 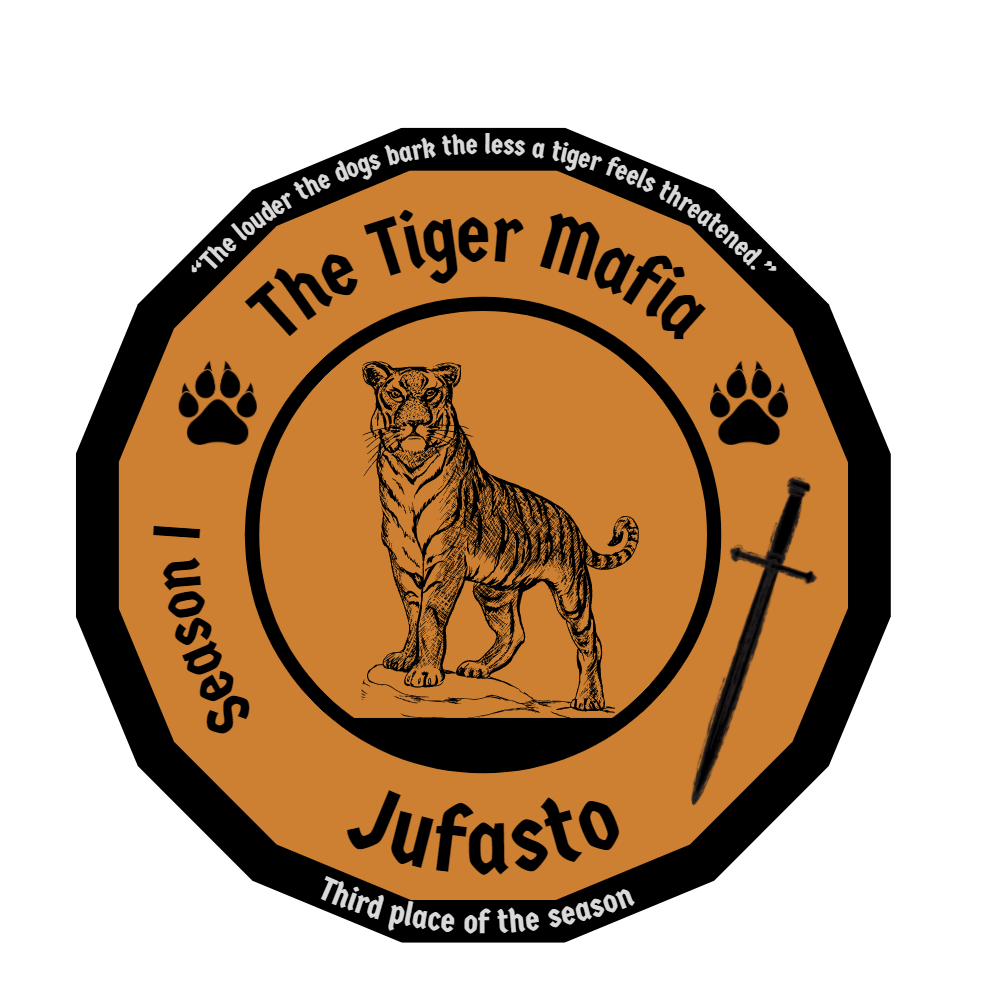 The wild fury Jufasto. The third place of the season. 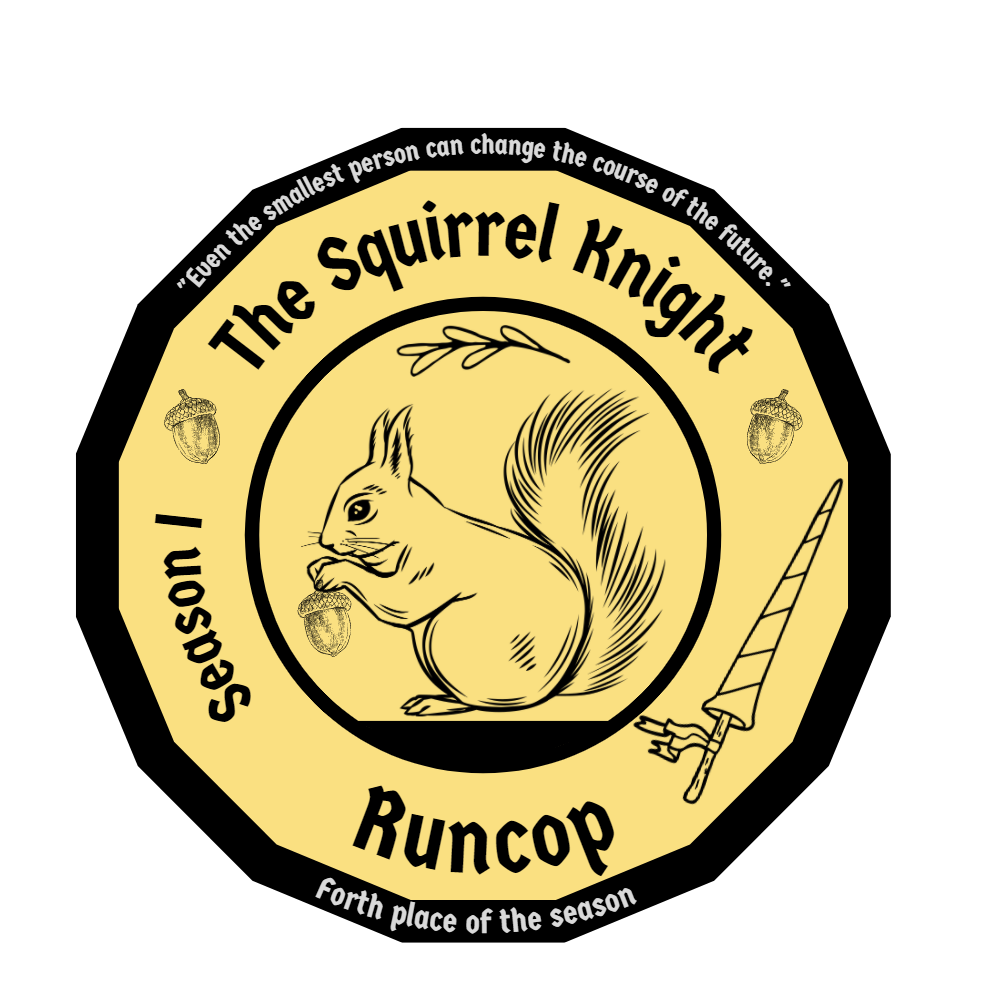 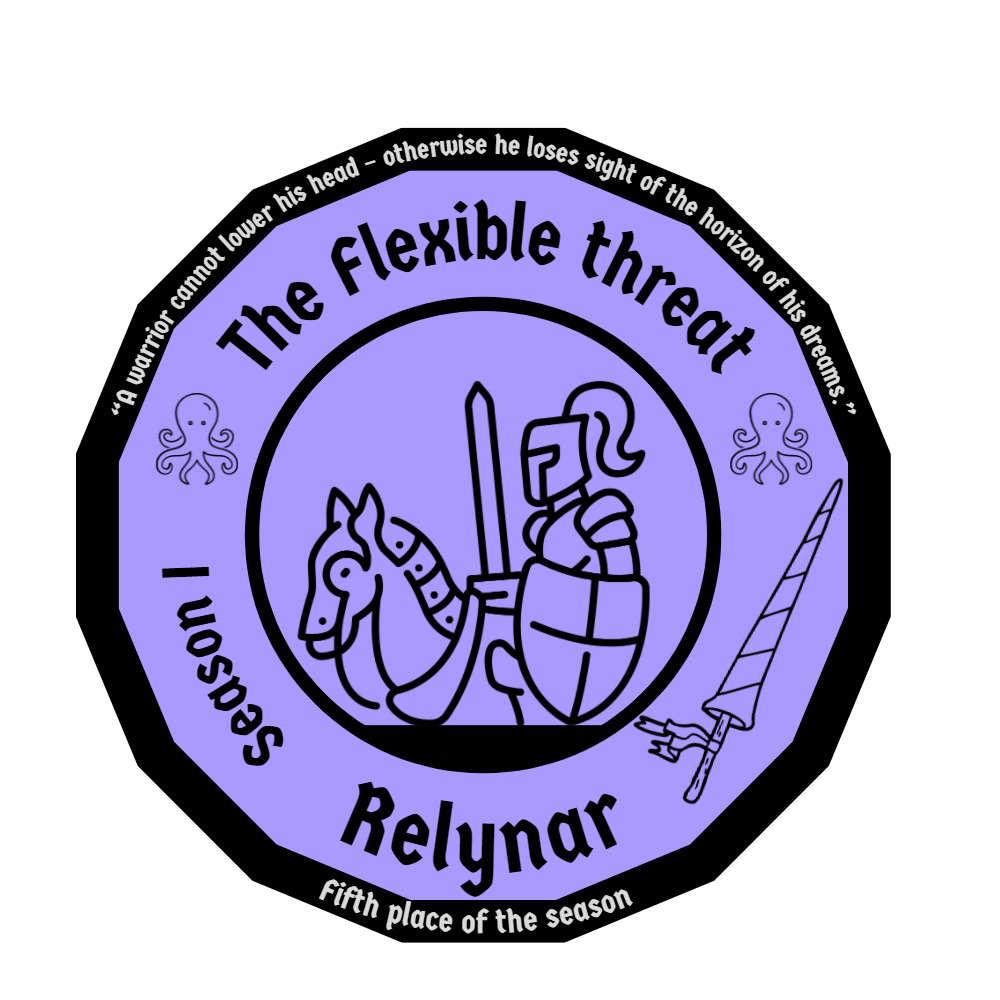 The cavalry that arrives always in time. Runcop with fourth place and Relynar with the fifth.
​

Season II: The Path of Redemption​

Dates
The start of the first season of matchmaking for Bannerlord will officially take place on February 14 at 17 CET. The duration of the new season will be 3 months.

New MMR start
In new season the MMR start will be at 2000 points. The table itself will be ordered by Calibrated people and then by MMR. So players without 10 games will appear on the bottom of the table.

MMR after the match changes differently
In the season we were changing your MMR with simple +27 or -27 points for a win/loss. In the new one, the default change is slightly reduced (+25/-25) but the resulting score will also influence it. Basically, for 3-0 results both teams will get an x3 modifier (so the rating change will be +75/-75), 3-1 is x2 and 3-2 is x1. So the closer the match result is, the less MMR you get or lose.

New Calibration System
In the last season, we noticed that calibrating players solely based on win rate can be wrong sometimes. In our new calibration system, we're going to use both WR and Score metrics.
For example:

In this case, if the player (Raidboss) does a large amount of damage to enemies, he will get more points. Please note that we're taking into consideration your average score during the calibration so be sure to perform the best while playing your first games. A few points:
1. Players MMR won't be reduced if he loses a game but if he performs worse than average on his chosen main class then it might happen.
2. You might notice huge MMR changes after the first game (especially for high-scoring players) - it's alright. We're giving a boost to MMR after the first game of calibration so a high-scoring player might get to his level faster. We're recalculating BonusMMR after each game so total MMR might change extremely fast during calibration.

New Main Stat Tables and Deaths added
With TW re-introducing deaths to skirmish, we have added new Deaths parameters (Deaths, DR, KD, KDA). Also, now we have 2 tables for stats - "MainStats" and "Stats". If you want to quickly look at your most important stats check out "MainStats" and if you want to see all your game statistics check out the second one.

Patreons Priority
We have added an increased game priority for our patrons if there are more than 12 people in the queue.

Class Changes Restrictions
In the next season, you will be able to change your class without any restrictions up until you've played 50 games. After that, you can only change class once with Administration approval.

Our backlog for incoming updates

MMR Inflation
To encourage active players and avoid ranking manipulations, we intend to add the inflation of MMR. The idea behind it is simple - we want the average MMR to grow slowly to reach a certain point right at the end of the season. This way, the average MMR of each player is gonna increase throughout the whole season, while inactive players are gonna remain their outdated numbers. Inflation is gonna be thoroughly controlled and we will stop the inflow of an additional MMR right after it reaches a certain level. It won't affect newcomers and low MMR players, the distance between top MMR players and them is not gonna be increased. Right now we are looking at 50% mark.

BEAST Matchups
We're going to add an increased chance for BEAST matchups to appear on team-building.

Web page
After we have done some technical adjustments to our current API the plan is to create a web page so we could do a more fancy-looking stat representation than Google Sheets.

NA release
As time passes, it’s planned to launch NA matchmaking. We will create a new discord and launch our bot. A link will be available upon opening the discord. All information will be posted as it becomes available.

Duel ranking
There was an idea to make a MMR rating for 1v11duel according to the following idea - play two ft3's on a duel server. The winner gets + MMR, while the opponent gets - MMR depending on the difference in their MMR rating. At the end of the season, the best duelists are decided and will be awarded.
This project is in the idea stage and can serve as a solid pre-game warm-up or for sweating tryhards ) It’s important for us to know your ideas and opinions, let us know what do you think about this.

Thank you very much for reading the text and dedicating your time to our news. Huge respect to patrons, you motivate us to move on and do more. Fans of competitive Mount & Blade, stay tuned for more news from our team, it gets better!
Helps us by subscribing to our Patreon: https://www.patreon.com/mmbl

stopped reading when I saw Varadins badge being a big red dot, 10/10

Red Dot Badge . Letz go man
You must log in or register to reply here.

Question about up coming Private Servers

Go to hell with your scalpel, I have my scimitar... or Rambo nerfing from TW

How will TW balance class system in battle mode?
2