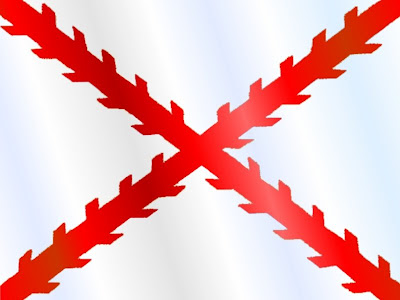 
Nueva España was a viceroyality of the crown of Castile. It was formed in 1535, as the realm of the spanish empire wich comprissed the territories of the north overseas "Septentrion", from North America and the Caribbean to the Philippines, using Mexico city as capital city.


We are a Private organized clan wich only acepts spanish speakers. When we are powerfull or have at least 2 forths, we take the name of Imperio español (Spanish empire). Our men are experienced soldiers, who defend our territory until the end, at begining we were an informal and active group, but we stop playing, now, we will stand up again. We are very territorial, so anybody who recived a "halt" notice, and ignore it, if he pass to our land, will be shooted in
mediately. We have an extreme carefull with inmigrants because we were massive atacked by them, we dont kill them with out reasons, but if you dont follow the
the indications of the soldier who is speaking to you, will have problems

who delegates his power in:

The captains can delegates a bit of their power in persons wich they trust, the sergeants:

Our soldiers dont have a special job, they adapt to the situation.

Google translate :
I've been waiting quite a mod or an official translation of this game, " caribbean " I 'm waiting for it to buy it. But for months I have not heard news that possibility. Does anyone want to respond ? I am a fan of this saga and I would play this well.

If the translation is going to take much or will not see the light , please tell me , so I can decide whether to buy or keep waiting , because some English is , but it's not the same playing well .

Carribean has nothing to do with PF, nor does it with Mount and blade, so I have no clue what your on about here.
If you mean the mod, it's already released and has been for the past 2-3 years

come back!!!! new server coming out,