The NRP Campaign is back!

After a long period of intense revision of our previous campaigns we have decided to have some major shakeups for this next Campaign.

First off; The Big Changes: we will be introducing 3 new Game-modes into the Campaign to stop the battles being so repetitive, these will be Sieges and Cavalry vs Cavalry RP and Cavalry vs Infantry RP. We have noticed how stale the Campaigns would become with battles that would play similarly round after round, so with the introduction of these new game-modes and measures put in place to reduce camping during the classic battles, we hope to shake-up and improve the campaign a lot with these changes, removing the biggest problems people have had with the campaigns.

Secondly, we have decided to revert back to the Best of 7 System that we used to operate by to win the Battles, this will mean 3 maps can be used for every single battle; 3 rounds on the first map, 3 on the second map and it could go to a tie-breaker on a random final map. Furthermore, provinces in the centre of the map that are likely to see the most action will have 1 map bound to the province. This will mean that recurring battles in the same province will lead to the 2nd (3rd, 4th, etc) Battle of that province, this will give armies the opportunity to learn the maps and use more bold tactics to take advantage of their experience on the map.

Thirdly, the Cav vs Cav and Cav vs Inf Game-modes revolve around the implementation of a new mechanic on the Campaign Map this mechanic will be Scout Armies, these Scout Armies will be able to move further than the main armies in a single turn. Being able to manoeuvre around the enemy armies will give them the option to take lightly defended towns and cities. However, they will be made up of only a few divisions, this means if they are caught by a larger army; then a Cavalry vs Infantry scenario will develop and if the scout army is defeated then it will be wiped off the map. Although, the speed of these armies means the only thing likely to catch them will be other Scout Armies, if one Scout Army is caught by another Scout Army then a Cavalry vs Cavalry scenario will develop for the first 3 rounds on the first map.

Finally, the implementation of Sieges will take over for City Battles instead of the old Town Battles that used to take place, this will hopefully lead to less problems with ramboing and balance issues during these sieges.

We will be releasing the LEADERSHIP APPLICATIONS within the coming weeks on https://calradia.eu/, there will be another post on both the Taleworlds and FlyingSquirrelEntertainment Forums, remember to join our Discord: Calradia.eu/Discord for faster updates and awareness about our other events!

This is going to be epic!! 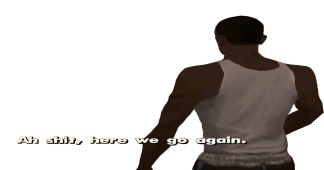 If you're interested in playing in this Campaign and you have NO IDEA how, come talk to us in our discord
www.nwrp.eu/discord

Leader applications are here: https://calradia.eu/topic/1000-campaign-70-leadership-applications/
You must log in or register to reply here.

Playing against Cav is fun

Monday at 11:35 PM
Marth The Gryphonhearted