Hello, I have been thinking of a mod inspired of the long-gone Warrider location of Kaga. 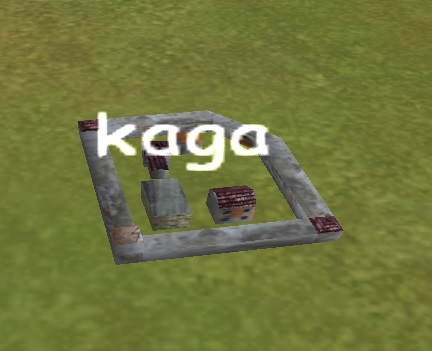 Basically, Kaga was a location in Warrider hypothesised to be a location where people affected by "Ghoul curses" would be treated.
For this mod, Kaga keeps it's stand and breaks off from Swadia after a treaty and proceeds to build itself back.

So far, I've made a draft for the introduction:
Here you are, in the settlement of Kaga. You are the descendant of a doctor from Kaga, who treated dozens bedridden of the Ghoul Curse. As you start maturing, the land of Calradia slowly changes, with the everlasting peace of the Mamlukes of Sarrania, the Men-at-arms of Swadia, the Lancers and Horse Archers of the Khergits, Veterans of the Nord and the Knights of the Vaegirs now proceeding to start their strifes. Do you prepare for this, or do you stay in Kaga?
(By the way, Warrider is in a timeline set in the 1350s, so pretend that the time has gone back 100 years like it's BC )

Kaga will have:
• Very good archers
• Efficient light cavalry
• It is said a 'Kaganian' elite, whether horsemen or footmen is inferior.
• Kaga will only possess 3 villages, all of them impoverished.

If I do actually make this, I expect this to take 3 months due to my inexperience and because of school.
Might make some devlogs on my youtube and some pencil sketches, might also post that here.

That's all for now!
Soulbracket

soulbracket said:
If I do actually make this, I expect this to take 3 months due to my inexperience and because of school.
Click to expand...

Do not make a full-fledged mod you will not ever finish, make a submod. You will spend less time without getting burned out by working on the project. Good luck.

Thanks!
You must log in or register to reply here.

Some questions about the Diplomacy Mod