Chaingun said:
Protip: Read what age some of the posters have, and ye shall find enlightenment.
Click to expand...

Most of them have N/A

Yes I noted, enough of samples though to produce a theory. ^^

Chaingun said:
Yes I noted, enough of samples though to produce a theory. ^^
Click to expand...

I added my age to skew your results

from what i can tell from samples the average age seems to be early 20's.

Shows what unemployment does to a man.

Chaingun said:
Yes I noted, enough of samples though to produce a theory. ^^
Click to expand...

I added my age to skew your results
Click to expand...

Edit: My point is, always keep in mind you're arguing with people > 5 years older/younger than you on a board like this. While age doesn't make you right it likely influences your way of argumentation.

Time to tackle the elephant in the room.


Orion said:
There was a mild argument in the Q&A thread about map classifications, but that was blown out of proportion when people not on the USA team started making comments stating that the US should be happy we're even allowed into the tournament, and how we shouldn't be here at all. That's flame-baiting and rude, but now the US is a bunch of assholes because some idiot Euros baited us? Good logic, there.
Click to expand...

The mild argument regarding the map was blown out of proportion by the USA team, I recall there being several good answers being given to the question asked yet certain members of your team still decided to escalate the situation beyond what could be considered "just" a question. In doing so they questioned the integrity, judgements and knowledge of the entire competitive scene in Europe.

This has happened countless times, where Europeans have given good, credible answers that USA players have ignored or discredited on the basis of them being given by Europeans. You ask questions of us that we have tackled as a community long ago, and expect us to count your musings as solid evidence against the countless hours that European teams have played testing and "perfecting" rule sets and then proceed get upset when we start to ignore you.

As for not allowing the USA team to enter, their are plenty of legitimate concerns. But the biggest one in my mind is the amount of drama you cause. That's without even addressing the unfavourable playing conditions teams are forced to play in for a team that appears to be incredibly ungrateful.

I'd be concerned with the **** talk if I was actually there for the match.

However, it was scheduled at a time when I had to work. I had respect for the team from Finland's skills, so I requested that we scheduled it a time that I could make it so this could be avoided.

I heard we lost. That's unfortunate.

[M] said:
imo youre ass hole because your parents did a **** on rock X

We clearly are the cause of all the drama, right. Let's just overlook the initial hostile response to us and the many posts telling us to get the **** out of the tournament if we aren't going to shut up and play by rules we think could be improved. What's wrong with improving rules? Even if you don't consider proposed changes an improvement, your counter-argument shouldn't be "we've used these rules a long time, they're just fine." People believed the world was flat for a long time, too, but that idea was changed. There's always room for improvement.

You can't just argue that longevity equals validity, and that's the "best" argument provided against our team in that particular discussion. You also can't argue that majority consensus conveys correctness, because that is not always the case and has been shown historically. The argument needs to be judged on its own merits, which is something that was not done in that case.

Well, Orion. That's a fact and not a preference. Not a very good comparison.

Orion said:
People believed the world was flat for a long time, too, but that idea was changed. There's always room for improvement.
Click to expand...

Anyway, I think you've all had quite enough excitement for one day. Leave the thread alone and stop making bitter flamebait comments that aren't even funny. It is perfectly fine to mock, satirise and quip, however I will not tolerate those who jeer and heckle. Some insectile individuals in particular ought to start acting a little classier than they have been of late.


Shemaforash said:
Well, Orion. That's a fact and not a preference. Not a very good comparison.
Click to expand...

Hush you. I think you need to stay quiet for a day or two, lest Goku comes and burns you again. (And he did, and I laughed. Even though it was Goku).

Unlucky USA Team. There are a lot of talented individuals who play in the NA Scene but player development has naturally been stunted by a shortage of competition over there. Combining that with your lack of familiarity playing under the different speed and ruleset, it's no great shame to be knocked out by the Finns at this stage.

I'm glad you were able to participate in the tournament.

Some things never change I guess. I honestly believe that the NA and EU community were getting along, more EU players joining and playing the on NA scene and vice-versa, but then it starts the mother of all dramas, the Nations Cup.
It has been like this in the past, and it will continue in the future, we just love to slap each other around

I was never a big Rhade fan but I don't take his comments that personally and neither should you, I believe he does that just the get your rage reply's in order to get his team fired up. Strats I say.
Regarding the match, surprising result.
Well played guys and see ya next year, hopefully.

Didn't know that some of those euros posting here could be so childish. The US lost in a computer game against Finland, big deal. Some americans and euros was discussing the NC rules in another thread, big deal.

Just curious if there was video of the match against Finland.  Only been a couple days though, should be interesting.

Well played, from the matches I have seen so far it seems we did reasonably well.

Gaius_Octavian said:
Just curious if there was video of the match against Finland.  Only been a couple days though, should be interesting.

There was noone to record iirc

This is an accurate representation of the entire match 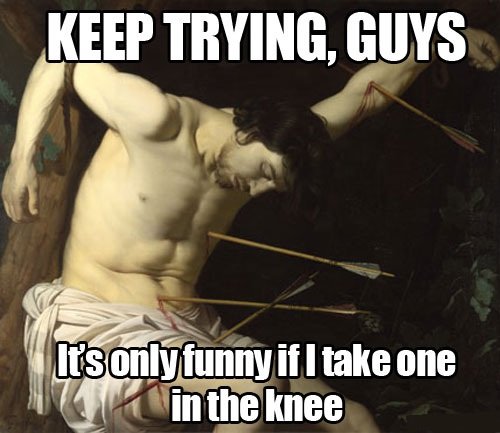