Resolved Militia count never go down even when city starving and even when it says -2 to militia change.

It's in the title.

I had issues with the economic model of the game, my town Epicrotea gain militia and prosperity again and again even when the food change is negative until finally it start starving. So i checked things a bit and even when the prosperity goes massively down and when the Militia change FINALLY start to go below 0 their number actually rest the same. 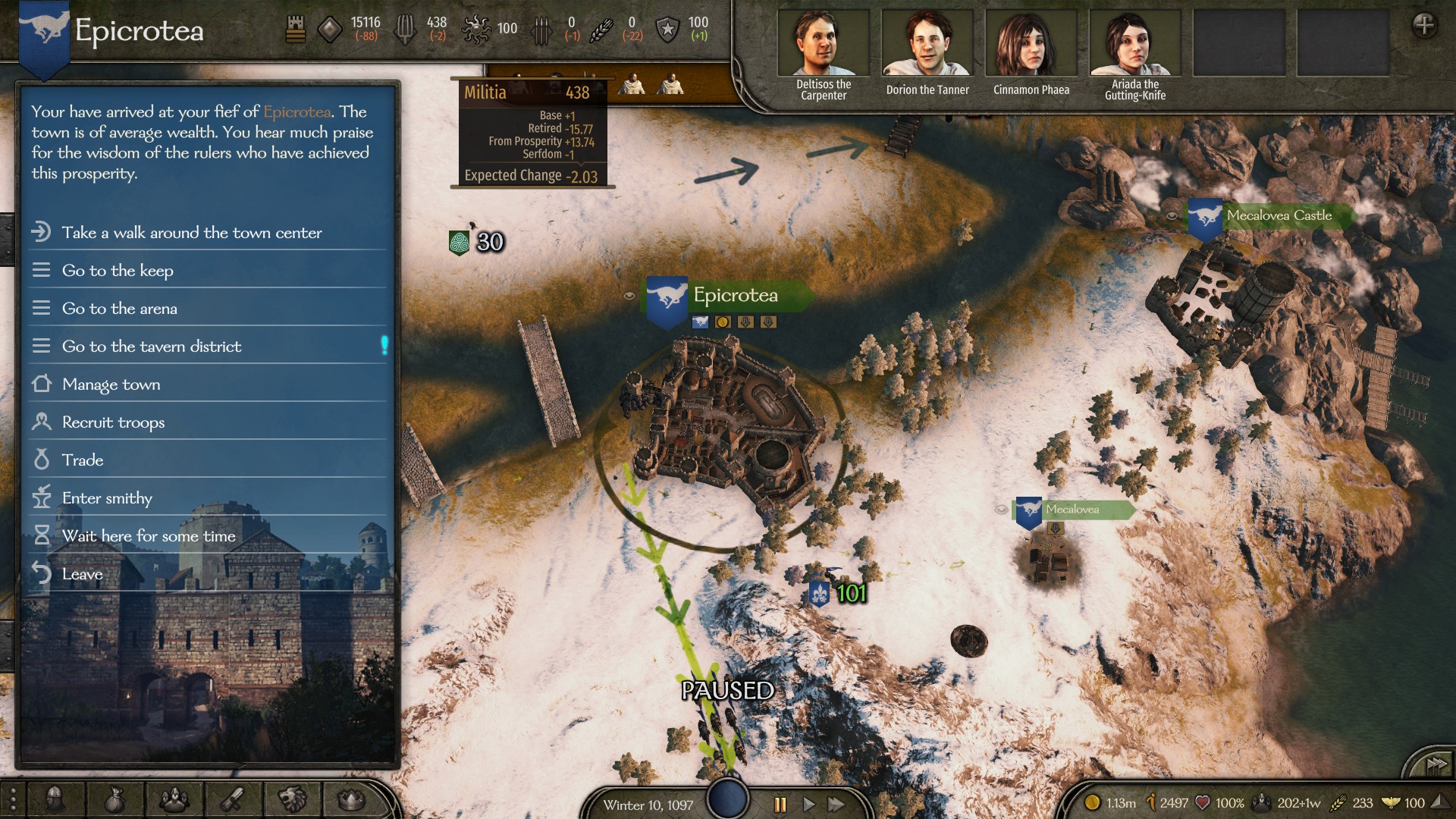 It's even more boring than your garrison die pretty fast from the lack of food and you have none left in a few days. So putting garrison and good troops to defend a city or castle is pointless cause they will die no matter what, but the settlement will keep his crappy militia troop no matter what. I pushed the test a bit more, and as soon as the food wasn't negative anymore, the prosperity went up again and militia start to recruit AGAIN!
Now in Epicrotea i have again a town starving, Militia went up to 452 and prosperity is back at 14988!

When Militia change to the negative, remove them to the actual militia count, this will fix partly why the economy is so broken.

I have been informed that this issue has been fixed. Thanks for reporting!
You must log in or register to reply here.