Welcome to the December contest. We're back to 2D art again, and this time around, the focus is on menu illustrations, without which the game's menus would certainly be a lot less flavourful! All too frequently, however, mods end up using vanilla menu art. Let's expand the pool of available illustrations, and have a contest in the process!

The submissions will be evaluated using the familar point-based system, based on their performance in the following three categories: Visual Quality, Originality and Creativity, and OSP Value. Once the submission end date is reached and the submissions are closed, the judges will review the submissions. Each judge will award up to 10 points for each category.

Further information about the categories:

The judging committee is comprised of two talented artists:

- Medals to showcase your achievement across the forums (by Kentucky James)
- Eternal place in the Mount & Blade Modding Contest Hall of Fame
- £50 prize pool, provided by me.

You can use the below form to submit your work. If you make any edits or changes after your first submission, it'll be accepted if it is re-submitted within the submission deadline. Name your submission as you see fit, and please try to use a stable file hosting service (Google Drive, Dropbox etc.).

By submitting this work I agree to the rules and regulations of this contest.
And remember: submitting more than once can only improve the odds in your favour.

Contact and Discussion
We encourage the discussion of the contest rules, format as well as discussion of the works presented on the forums. Feel free to join us on the TaleWorlds Forum Modding Discord if you're not there already!

You may create artwork for menus that have none in the vanilla game.
Click to expand...

Just to clarify this "may"...
Does it mean people can create art for any menu (no matter if it already has art in Native or it doesn't) or only for menus that don't have art already?

Yep, any menu, but I do have to admit that I'd worded it poorly. It has been rephrased now: "You may create artwork for any menu, whether it has art in Native or not." The intent here should be clearer.

With two-thirds of the month already gone, and to compensate for this month's lack of a sponsor, I've decided to put my money where my mouth is and provide a modest prize pool for this contest. After all, I did claim to be the best drawer in existence:

By submitting this work I agree to the rules and regulations of this contest.
Click to expand...

Prove me wrong! As is normal, the prize pool shall be split amongst the top three participants, and is available on the condition that such participants do participate.

I also pledge to donate my prize money towards the next contest!

Wonderful, although remember that in order for a submission to be considered, it must be ready for inclusion in the game:

Ok fine, I'll put something up here if no one else will (no offence to the existing submission).

Yes, that's much better, thank you.

Wouldn't want to make you dizzy just looking at it...

Almost forgot this, mustered all my energy to come up with a nightie sketch ! Should prove useful for that reports screen.

Forum username: Efe Karacar
Submission name (optional): Reports screen artwork
Menu: Reports - there is none in original game so I made one 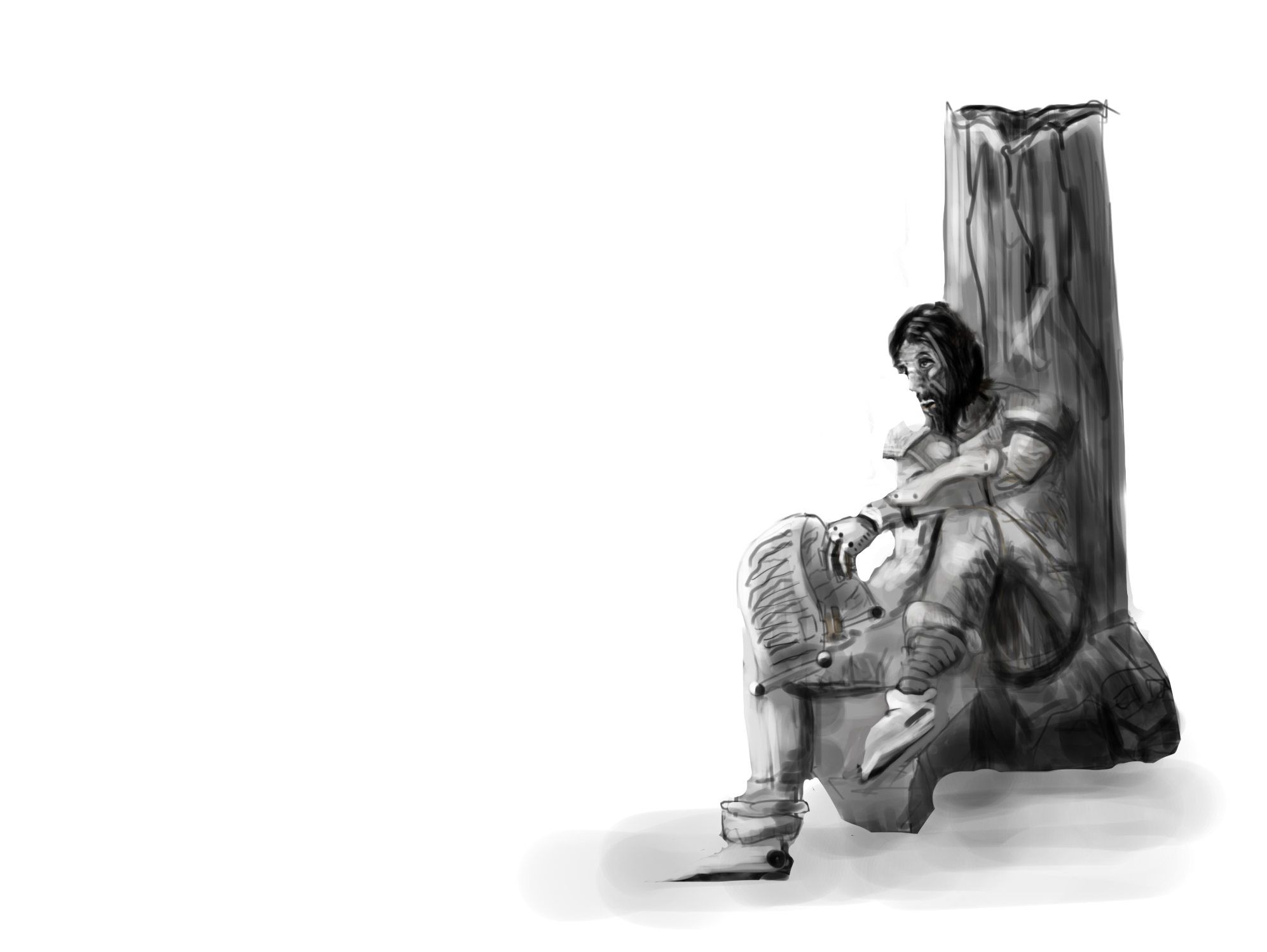 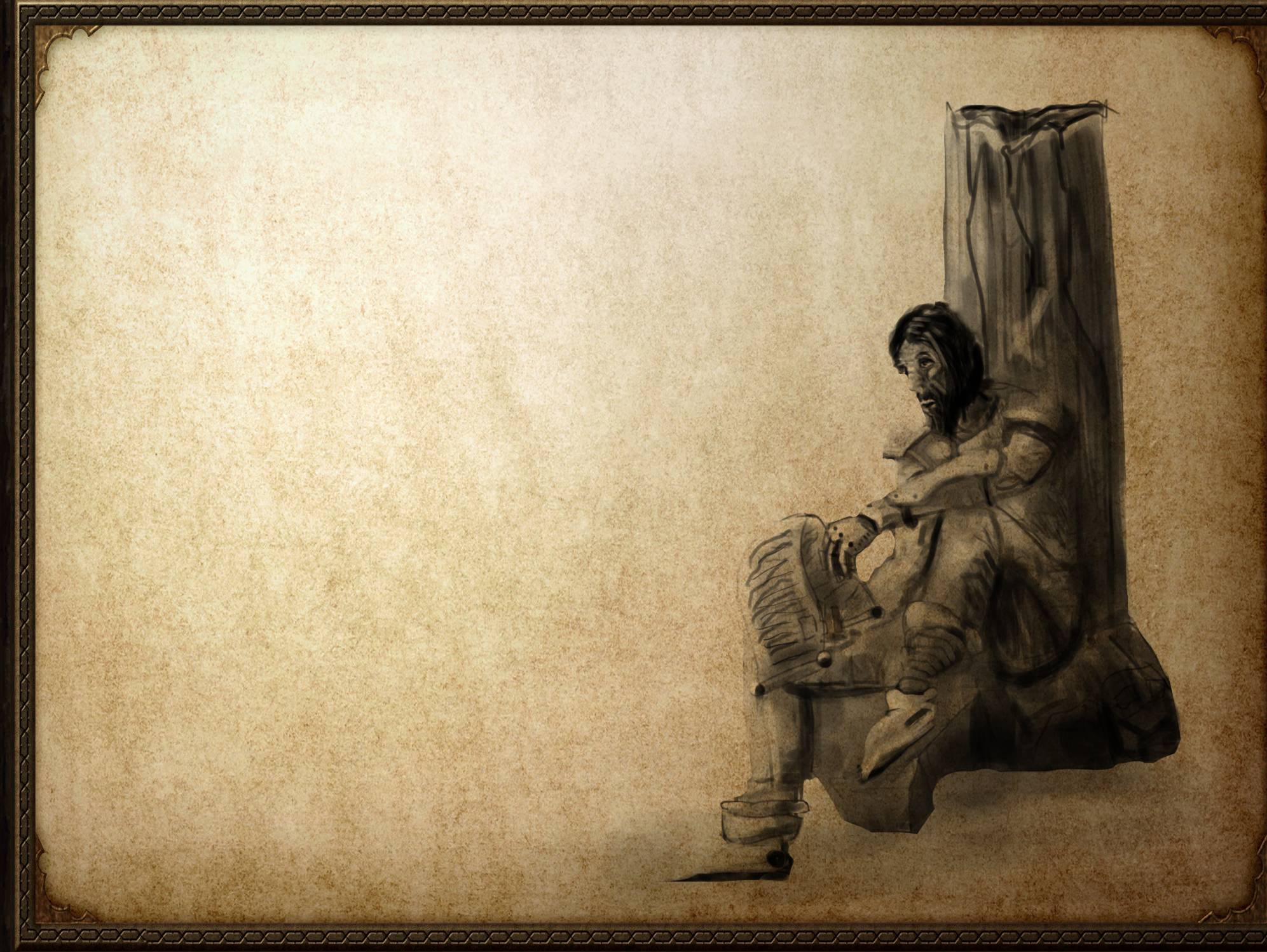 Very nice. Whilst Efe's submission is technically belated, I think we can make an exception for the sake of the contest. In addition, I didn't announce the end of the contest last night, so technically it's all in order.

With this, I thank all of you for participating, and I must announce that the December contest is now over. Happy New Year! Everything is now in the hands of our judges, so stay tuned for their decisions...

Our second (2D) Art contest has concluded, and the results are out. Our two judges had a look at all three submissions, and ultimately decided which should come out ahead, and which

Mandible is our winner this time. His submission, a thematically-fitting replacement for the menu screen, managed to score ahead of the sole competition. Whilst the judges did note that individual mods tend to require unique title screens, they also praised its modularity, and the ability the provided source file gives modders to adjust it in order to fit their own needs.

Efe's submission is a great illustration for the Natively-artless Reports screen, which is a menu often beheld by players in the later stages of Warband; the sombre man depicted in the illustration rather reminding me of my own disposition towards the contents therein. The judges appreciated this submission both for it providing artwork for a menu that hasn't got any by default, as well as for its originality.


Honourable Mention - The Templar and the T-Rex by Cozur 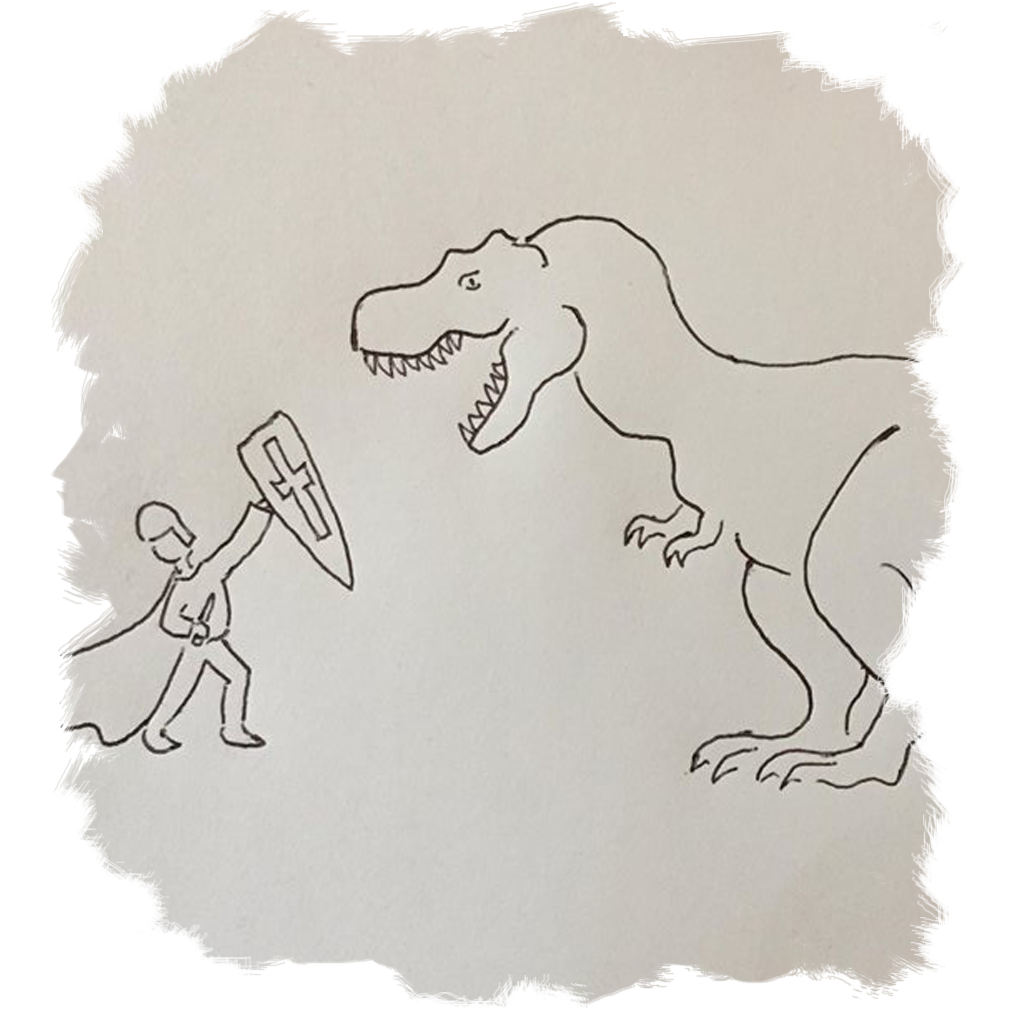 Whilst we all had a good laugh with Cozur's submission, the judges decided that the most they could award it was an honourable mention. After all, both T-Rexes and templars are rather absent from the vanilla versions of any of the (currently-released) games in the series, putting the general useability of the sketch into question. Still, we thank Cozur for his amusing submission! Perhaps the inclusion of a T-Rex should be the next landmark achievement when it comes to Warband modding...

Thanks to everyone who participated in the first ever Art contest to feature more than one submission! Hopefully we can achieve even greater participation in the future.

Thanks to Rosslington and Mr. Milker for being on the judging committee, and special thanks to Kentucky James for making the medal art, as well as to Efe Karacar for the base medal template!

Despite the fact that prizes are usually given out only if there are at least three scored submissions, I shall be contacting the two winners to collect their prizes. In this case, the prize pool shall be split 65 to 35 for first and second place respectively.

On the final note, we would also, as usual, like to invite you all to provide feedback about the contest in this thread, if you so desire!

Hope to see a few more of you at the next one!

Not sure what I would say for contest feedback. I thought this was a pretty good theme and was surprised that there weren't more submissions.

Thank you for submitting your creations participants and congratulations!

Hoping to see even more submissions next time around.

Hope to see a few more of you at the next one!
Click to expand...

I am suprised there weren't submissions too, thanks for hosting!
You must log in or register to reply here.

How to Build the Best Army?