I guess you added invisible chests behind the counters of the taverns?
They are banks on nexus. Can you give us "real" chests in there? (The space in the invisible chests is too small anyway)

Also, can you add some boxes for serfs?

Vornneston has got no scythes, instead they've got staffs.

All the castles need more wheat fields ; Wheat sheaves are after leather the most unpopular resource to gather and having the next field miles away from your castle doesn't really help.

The Laszloburg armoury tower could be enlarged ; It's REALLY tiny in there.

I like the placement of the 2 iron mines!
I don't like how you've put the flax plants right next to the armouries though.

The sarranid castle is really empty..

All the fences around the streets are really annoying, I've also heard different opinions about this though.

Overall it's a very simple map which probably focuses on the conflict for the 2 iron mines. Although I prefer maps with more details, I am sure that a lot of people with bad computers will love this map.
It's very different from our last map on Nexus at least

also i would add a farming point near Vornneston, All castles got one except Vorn.

I updated the map.

Farm added for the snowy castle.
The snowy castle has now the necessary farming equipment.
The TW got an iron door, footman, man at arms, engineer and serf training.
Little changes to the smaller mine.
Added a tunnel system at the main mine (you can still mine outside + inside).
Fixed the ladder bug in the green castle.
Normal chests for taverns.
Added boxes for serfs.
Enlarged green aroury (bonus: war cleaver).
Two handed sabre for the commoner village (an effort to give power to TW).
Increased ore prices in the commoner village.
Added wheelbarrows.

The secondary capture points are placed to prevent the total domination of one faction or the ridiculously easy capture by some individuals, which is largely done when the servers are emptier. To compensate this, the banners cost much less. Again, it is necesary to place the banks again for the Nexus server.

Note about the tunnel. In some places you might get stopped by an invisible point, but you can carry on by movng on the sides. Not map related.

Also, it would be good to add some handcart (haven't seen one yet) as many places for ressources are unable to reach with horses, so no cart and no backpacks ( exemple the armory of Lazloburg, the Forest inside Vornneston castle etc...)

Thank you very much !

Also, it would be good to add some handcart (haven't seen one yet) as many places for ressources are unable to reach with horses, so no cart and no backpacks ( exemple the armory of Lazloburg, the Forest inside Vornneston castle etc...)
Click to expand...

That's why he added boxes.
I personally think that you can carry too much in handcarts when you compare it to a horse cart.

Thanks for the update!
What about the Laszloburg armoury? I've posted an example on how one could change it here.

Edit: I have updated the link with the necessary changes and filled the previous changelog. Also, changed from the filthy megashares to filesmelt. Now I hope it is ready for the Nexus update (note: banks needed).

Entered the NA server, and there I saw the disaster...

...of being a map maker and haveing your work removed/changed in a very bad way. I'm not even trying to argue anymore.

Edit: Thanks for understanding. Much better now.

The Bowman said:
...of being a map maker and haveing your work removed/changed in a very bad way. I'm not even trying to argue anymore.
Click to expand...

I thought they were using the same version/a very similar one.

Just wanted to say thanks for the map, I am having fun on it; the only thing I don't like is the village. The TW has a really hard time controlling it since they are no walls and gates to guard; but I doubt you will add walls. So how about a a wooden door to enter the TW complex you the little place they have with the hanging thing, add wooden doors to both side and maybe like a small tower that way TW can actually defend themselves.

I'll take that into account. I'll start updating as soon as I receive more suggestions for the map in general.

Now I'm actually looking for suggestions regarding the church.

Put torches And priestly robs in it

Raging Womble said:
Put torches And priestly robs in it
Click to expand...

Real torches (unlike the gas powered sticks you see in films), especially those from the medieval times, made a lot of smoke and were unpractical for lighting interiors. They used candles and oil lamps because of their cheapness and "unlikelyness" of setting the whole structure on fire. A tiny history lesson.

Raging Womble said:
Put torches And priestly robs in it
Click to expand...

Real torches (unlike the gas powered sticks you see in films), especially those from the medieval times, made a lot of smoke and were unpractical for lighting interiors. They used candles and oil lamps because of their cheapness and "unlikelyness" of setting the whole structure on fire. A tiny history lesson.
Click to expand...

Torches produce very little smoke; have you ever actually seen or held one? They were often used to light the interiors of buildings; Torches were often supported in sconces to illuminate corridors in castles or crypts. In my experience they don't fill rooms with lots of smoke. Though the torches I've used or seen were soaked in wax as the fuel. But apparently it isn't the same for the pitch soaked torches, and they can produce alot of smoke, though AFAIK most torches were made using wax anyway. (the rags wrapped around the end of a torch would be dipped in wax versus pitch)

Oil lamps actually produced alot of black smoke, containing a large quantity of carbon, which is why when they were introduced and used more widely, candles and torches were still preferred as an oil lamp causes the walls to blacken with the carbon residue (though oil burns for much longer than a torch does).

Well. If I remember correctly.

This is now an obscure history thread. 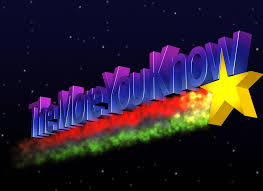 Problem I see- No one wants to stock the light armour in the commoner town, due to low reward. As a result it is always in 0.

I can't think of a solution to this myself, except making leather easy to acquire.

Also, a tower on top of the TW keep would be awesome, for watching out for bandits approaching and all that.

Today I have added a tower near the gallows, so it corners the small wall nearby. Also, the square has gates accesible by the TW only. At the start of the scene, they are all open (including the iron door at the TW house). The church got a graveyard for the sake of it and the structure has been enlarged to 1.2X. Inside, there's a door which leads to a new tunnel that connects with the mining one (awesome, no? ).

Regarding outlaws, they now have Huntsman and Militia training only. As I said, carry on with suggestions.
You must log in or register to reply here.

Resolved Windows 10 Map Stutters/Freezes when I move the mouse - but not right away.