This thread is now pinned where it belongs

Piconi said:
Let's hope Cuce has some mercy and brings Sargot back north where it belongs

Captain Obvious said:
Agreed... Osc Hall could be moved a bit too....
Click to expand...

Sure they will come up with something on this, map is not final.

Poros starts in the Southern Empire, not the Western Empire, but other than that detail I think the map is looking great

Ifrain fen Criochan said:
Poros starts in the Southern Empire, not the Western Empire, but other than that detail I think the map is looking great
Click to expand...

Thanks, that's my mistake. I will fix this.

I think Seonon probably evolved into Senuzgda rather than Suno, judging by it's location. Also Vlandian npcs in Pravend mention Sunor sausage or something so I presume Sunor was supposed to be nearby at some point in development. Shame they didn't include the city. In my ck2 playthrough of Legend of Zendar which I then further modified, Suno was the first capital of Calradia, then Praven (Baravenos) when I became a merchant republic and then when I further expanded I moved yet again but Suno is where it all began. Sad not to see it in the end. Aesthetics of placeholder late antiquity imperial cities currently present in the game would have suited it.

YOu are right. I think Seonon is Senuzgda. Suno was supposed to be Sunor near Pravend, currently only mentioned by Vlandian tavern maids for sausages.

3 errors I've noticed that are still on the map:

-Veron and Thractorea Castles actually belong to the Western Empire at the start of the game, not to Vlandia.
-Ataconia Castle belongs to the Northern Empire instead of the Western one.

Otherwise, great work ! Thoses maps are really cool and help me keeping a clear and cool visual of the progression of territories in the game.

Rattila said:
-Veron and Thractorea Castles actually belong to the Western Empire at the start of the game, not to Vlandia.
-Ataconia Castle belongs to the Northern Empire instead of the Western one.
Click to expand...

Awesome work on this map! Looks amazing and it's very handy to get a full birds-eye view of the game world.

Updated, write if you find more errors, I will fix them.


Checked again all borders, everything fine now. I will also check again all names, tomorrow.


Small fixes (all names should be correct now):

Awesome works, as ever ! Thank you ^^

@Vesper_ hey man, i put it in my own thread but wanted to share my road idea here with you. since it is your map. Had a big write up of how it should all work. but in general, Calradia needs a road system 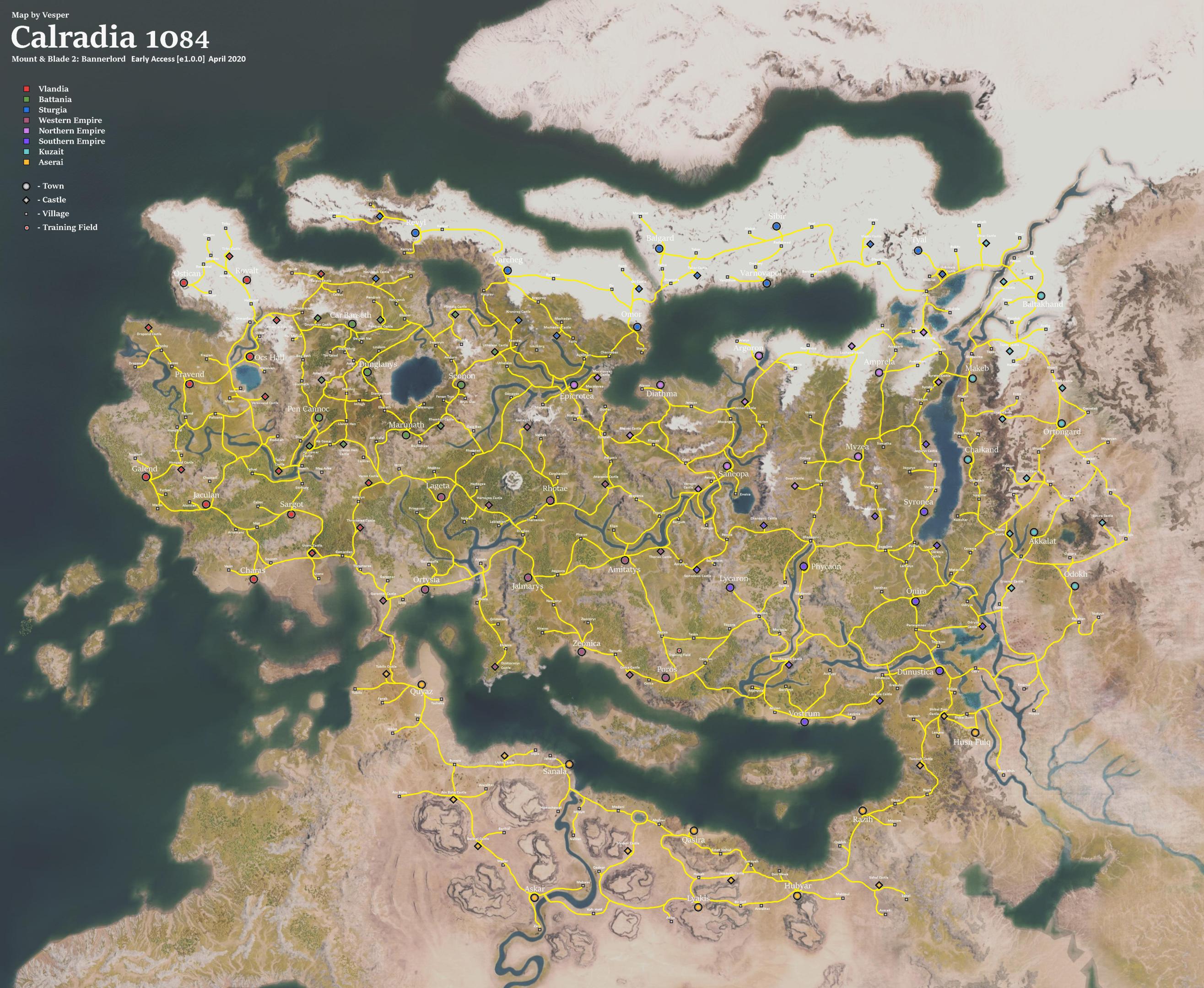 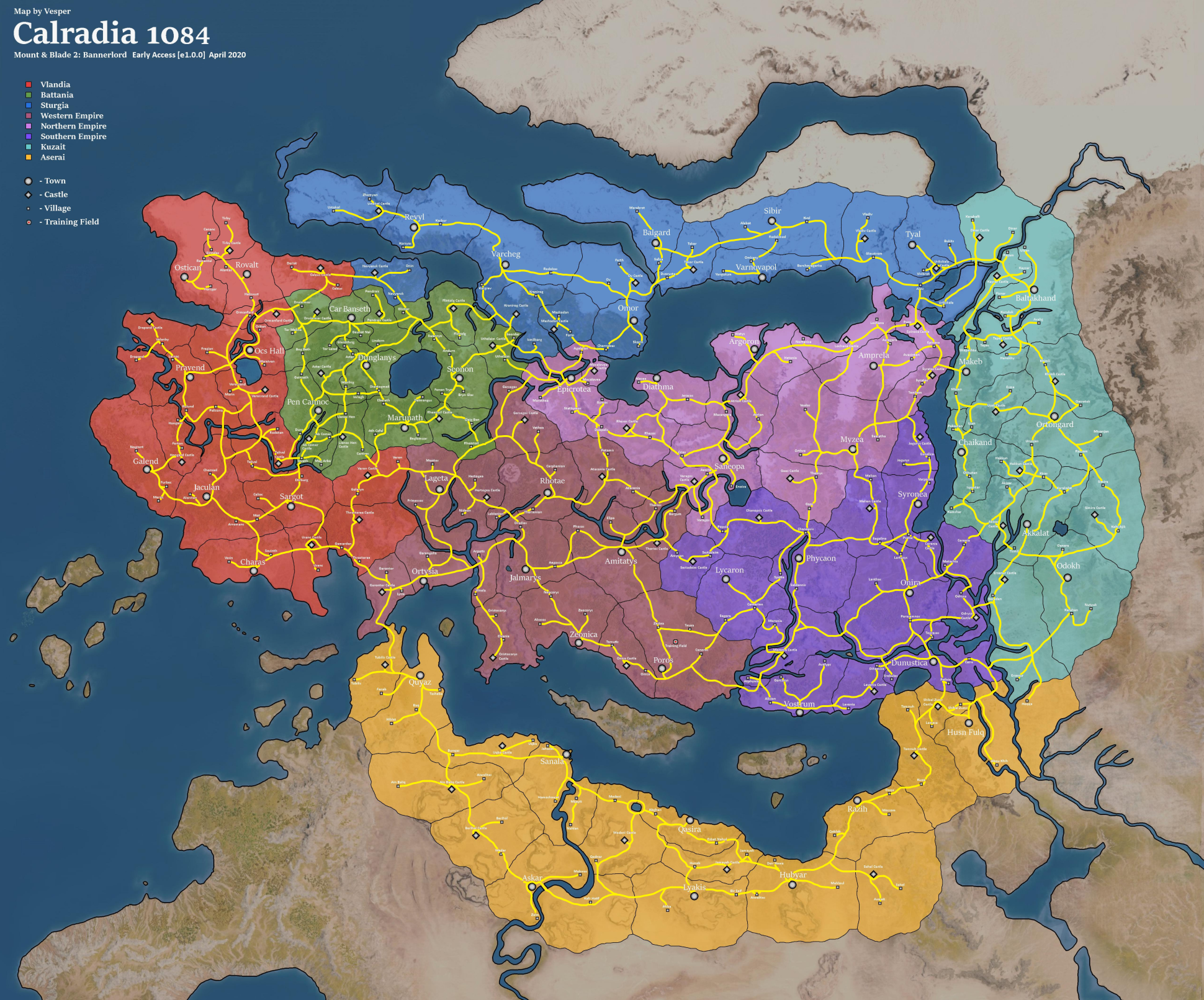