I am playing 1.6.5 sandbox mode. I finally took the plunge and declared my fiefs a kingdom (1 Town and 2 Castles). MC was initially Aserai with Imperial wife, I selected Imperial laws though as I am planing on conquering Imperial towns/castles, this reducing loyalty problems by having same culture as conquered territory.

I hunted down isolated enemy Southern Empire Clan Leaders and ended up taking a bunch of prisoners including the S. Empire leader (Rhagea). After I took a poorly defended castle, I decided to sue for peace. When I approached other enemy Lords, they said they did not have the authority to make peace and I had to deal with their leader Rhagea my prisoner. In prison, she refused to talk.

On the diplomatic screen (see below), it says support for peace is 0%, even though there are no lords in my kingdom as I own all the fiefs myself.
After I released Rhagea, tracked her down and talked to her, she said she could not discuss peace and had to wait for the council. The problem is nearly half her clan leaders are my prisoners! 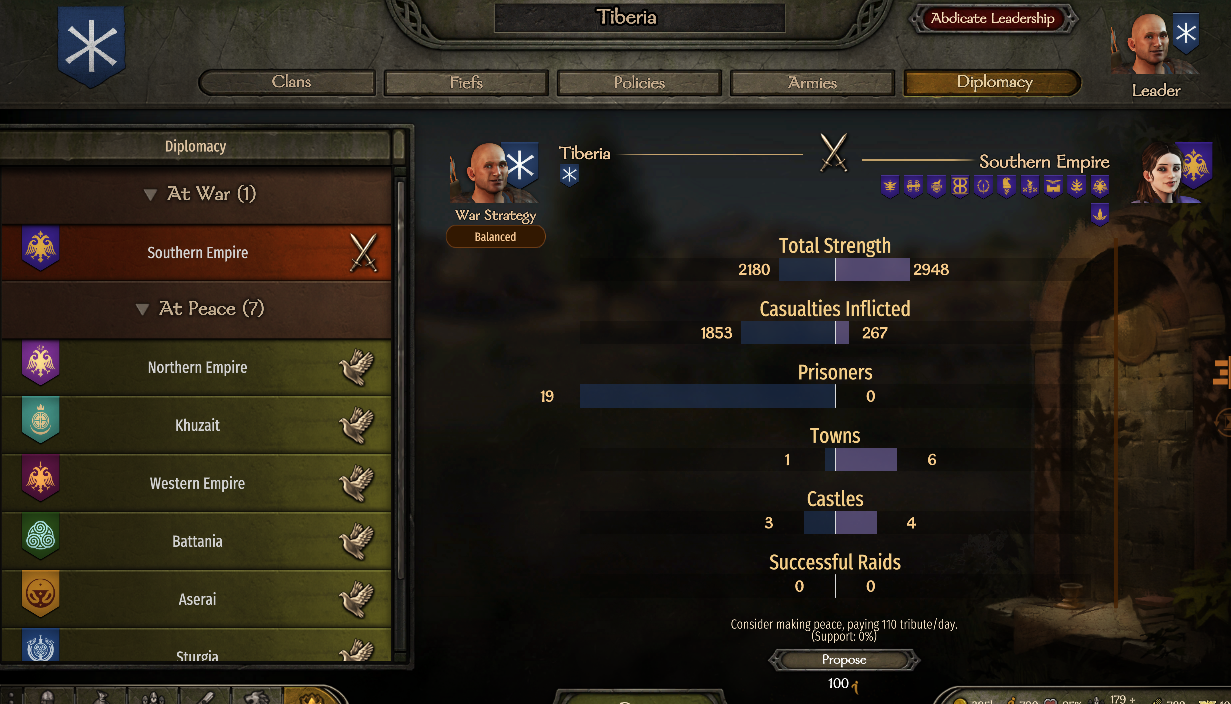 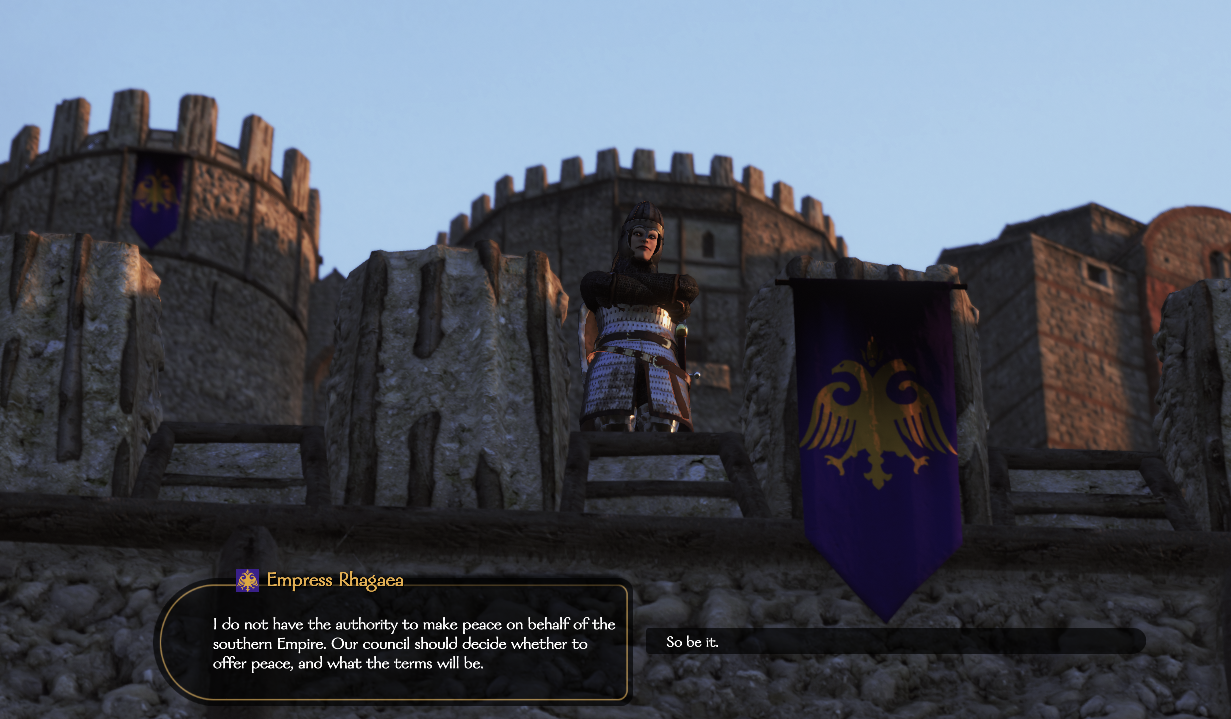 EDIT:
So I saved and went back to the Diplomacy screen, even though support for peace was 0% I was able to sue for peace!
That 0% was what threw me off...kinda confusing!

Well, it doesnt really matter what the percentage is. You are the king, your decision is final. Its just a matter of how much influence it might end up costing you.

If you have no vassals IIRC you can just pass peace and approve it, nobody can vote against it. It's not well explained, but nothing is. You should have sassy clan mate that butts in an explain things to you as they come up! And you can't make peace in person as a kingdom, only as a solo clan! When you could make peace in person as a kingdom it would just **** you over anyways because the AI would decide to declare war on you the next day, or your vassals would vote for it and you just lost money. It's good they removed it.

Great thank you.
You must log in or register to reply here.

Here is a nice idea

Just feel confused about the logic of making peace