Summary: I sided with Azargos in the main quest and decided to destroy the Empire. I chose Battania for the banner and proceeded to wage wars against the leftovers of the Empire. I killed off the Southern Empire last, executing all the nobles I could get my hands on. Now only Istiana's conspiracy is still running, without any way to stop it and Azargos says this (screenshot) to me.

How to Reproduce: Haven't managed to do it a second time, I only once got this far. EDIT: The original save is from the 1.0.5 build iirc. However, because I'm a very slow gamer, the kingdoms didn't spiral out of control before I joined Battania and strongly supported the war effort. The kingdom sprawl still isn't unusually imbalanced for me now, it's just that the Empire is wiped out.

Quest: "Weaken (the) Empire" and possible follow up quests. "Istiana's Plan" too. 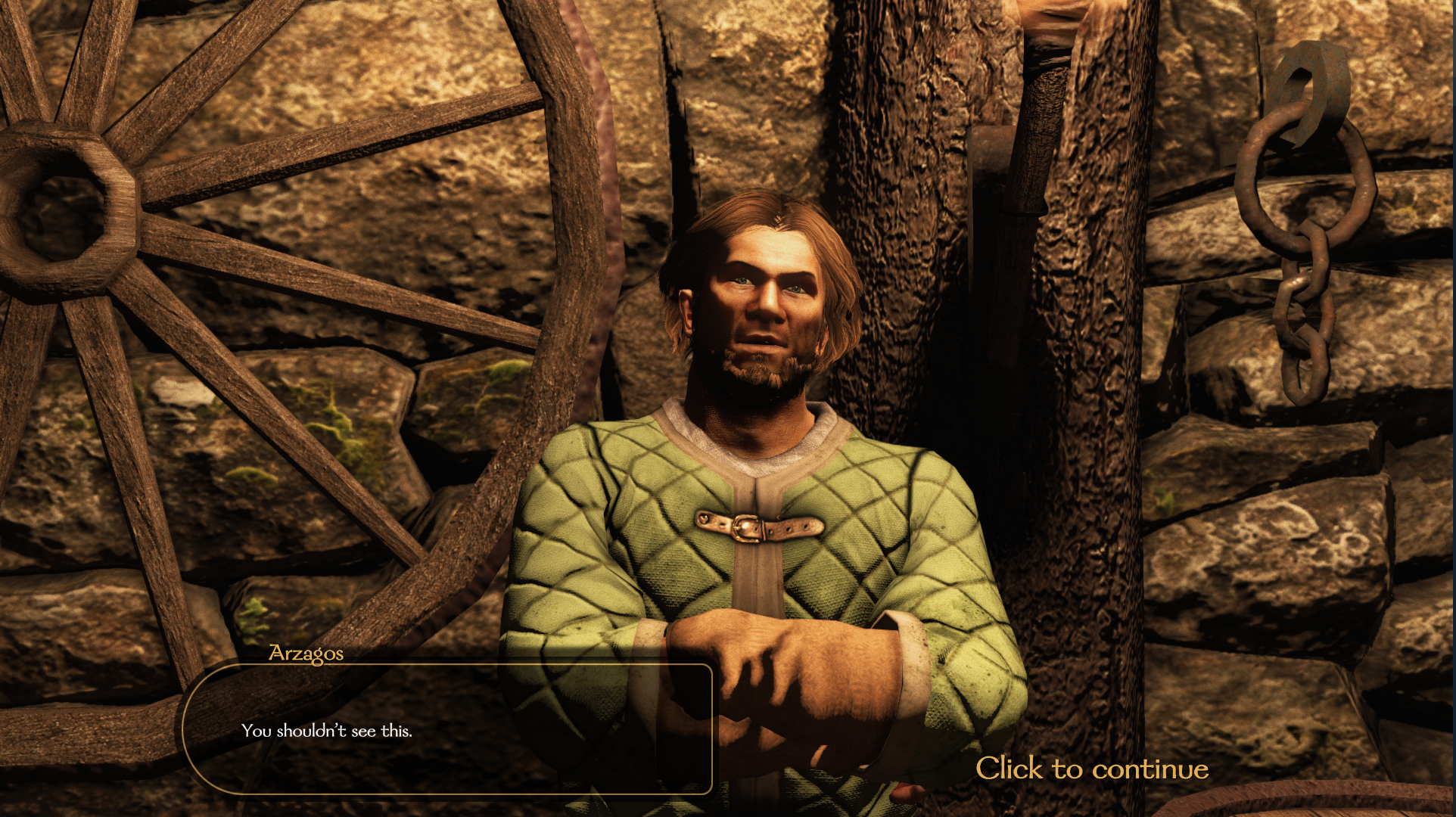 In how to reproduce it will be nice to have a note section to you bug where you say if you have load an old save file from an old build on a new build. All the info you can put is useful even if you think this is not.

oh and do you have mods installed?

The main storyline isn't finished. That's as far as anyone's going to get for now until they complete it.

No, I don't have mods installed, otherwise I would've mentioned it. Good point about the save loading though.

Hello, thanks for reporting this issue. Unfortunately, we were unable to respond to this topic when it was first created. If you are still experiencing this issue with the latest live or beta versions of the game, please leave a reply to this thread so we can forward to the team for investigation.
You must log in or register to reply here.