A game-breaking bug happened after the big naval battle. Naval battles with >3 ships always glitches out the game, but this bug is such that I can't continue the game.

After the big naval battle with Silo(sp?)'s Danish allies, there's a scene where Bodo is on a hilltop fighting for his life. You spawn, it seems, UNDER the hill. All of my soldier's projectiles get stuck underneath the hill, so nobody atop it takes any damage. I've tried to disembark from the ship, but kept drowning. All of my troops' shields and some other items have turned black, as it does with all other game-breaking glitches involving naval battles (among other things). As with a previous poster's complaint, this means I can't save.

My rgl_log.txt is here. Note that I have installed the VC Balance Mod, but judging from the other thread on this issue, that mod does not seem to be the culprit.

I'd love if the devs could address it soon, because the storyline is compelling and I want to see it to the end. 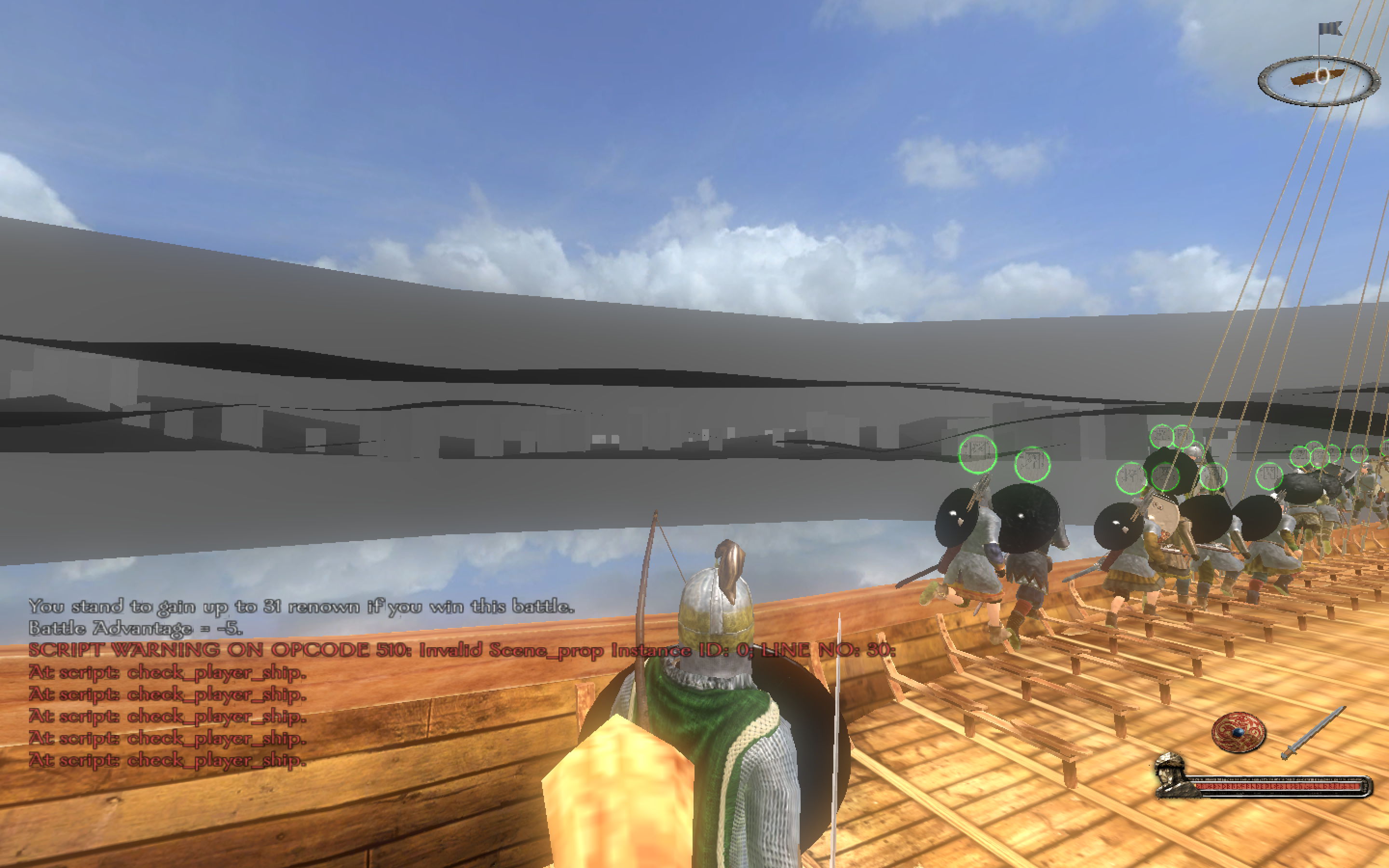 Thank you for your message. We are dealing with this in our PM messages. I would ask you to share any additional information with a vanila version.

Regarda
You must log in or register to reply here.

Resolved Battania bugged or is it something else.

My Thoughts After 780 Hours of Playtime

Today at 3:13 AM
Benjamin Bones