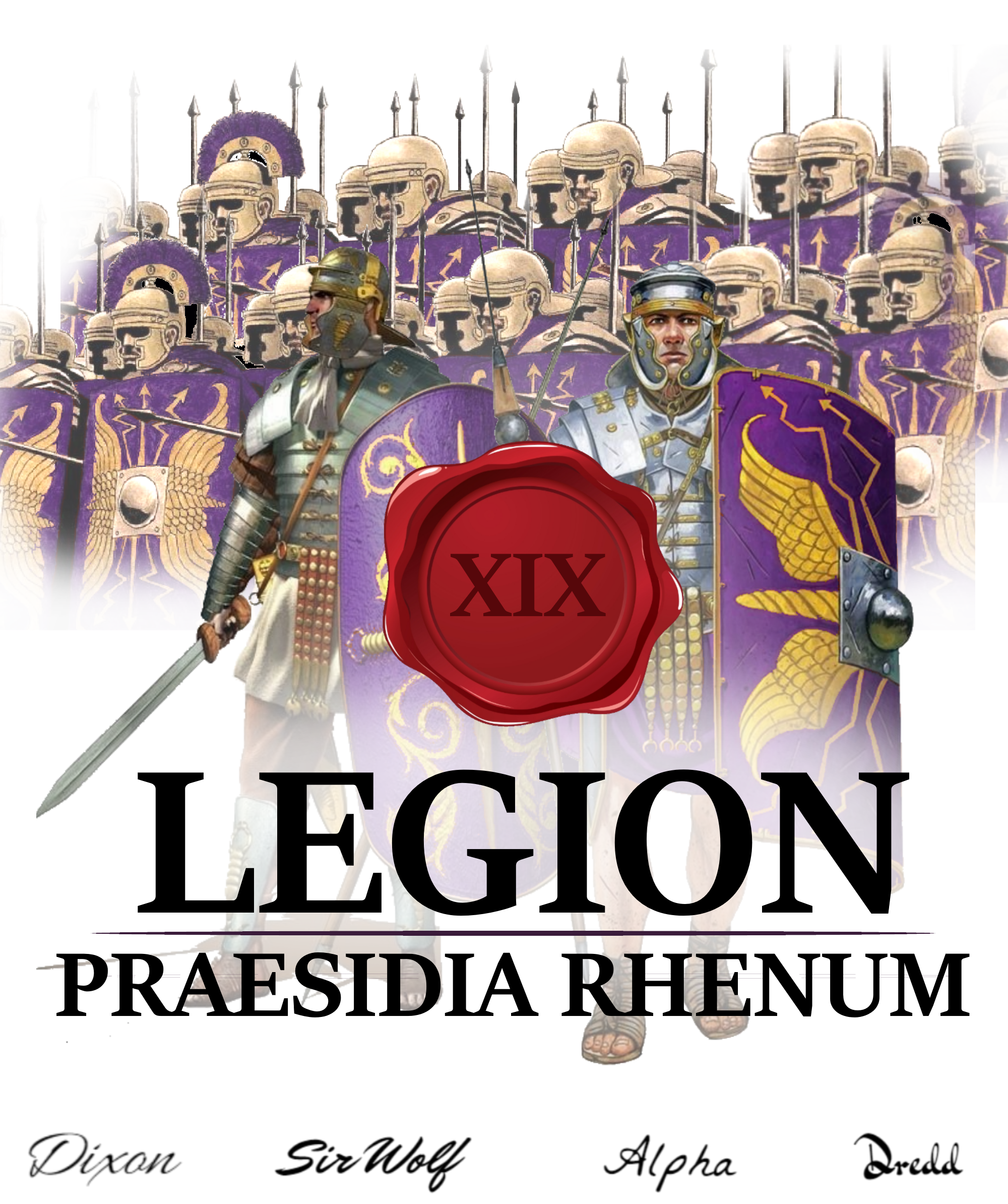 Our Playstyle
The 19th Legion is a versatile and experienced unit consisting of members from AU, US and EU veterans of M&B: Warband in Native, Napoleonic Wars and North and South. We will be attending the majority of the Oceanic events with the intention to expand overseas in time. The Legion fights in both in tight formations with our core of Legionnaires as well as an auxiliary missile-integrated skirmish line with auxiliary cavalry in support as battle permits.


A Brief History of Legio XIX
The Nineteenth Legion belonged to the Imperial Roman army. Founded in 40 BC by the future emperor Augustus, it was later destroyed in 9 AD in the Battle of the Teutoburg Forest. Resulting in the loss of the emblem of the XIXth legion which is predicted to be the Capricorn like other legions levied by Augustus

Their first assignment was in Sicily where Sextus Pompey, son of Pompey, was leading a revolt. This revolt put Rome's grain supply in peril and it needed a harsh response. In 30 BC, some veterans of the XIX legion were allowed to settle near Pisa prior to the rest of the legion being allocated in the Rhine frontier with base camp at Cologne. The Legio XIX participated in the German campaigns of Drusus (13–9 BC) and Tiberius (8–5 BC). By the year 5 BC Germania was a Roman province and Publius Quinctilius Varus was assigned as governor. On September 9, Arminius, leader of the Cherusci and a Roman ally, set a trap. He had reported a major revolt of one of the western tribes and suggested the return of both the governor and his legions to the Rhine. Varus accepted the suggestion and went with the XVII, XVIII, and XIX legions. The army was trapped near Osnabrück and was completely destroyed in the Battle of the Teutoburg Forest. Between 16 and 18, Germanicus, the leader of the Rhine armies, looked for the remains of the legions. The Legion XIX Eagle was recovered from the Bructeri in 15 AD by troops under Lucius Stertinius After its destruction, the Romans never used this legion number again.

Hi All! We're still planning to train for - any attend events as soon as they become viable so feel free to join our discord!
You must log in or register to reply here.