It would be appreciated if the Devs added: SHIPS

I have been playing Bannerlord for a while now and realized that the game has two gigantic rivers/lakes/idk as seen on the map below that could be crossed. This could be used for trade by npcs or the player, travel from SETTLEMENTS on the shore (with coin as a payment, unless you own the settlement), and to maybe pillage like a pirate! I am hoping the Devs may see this so they can expand on the sandbox aspect and give us ship gameplay (honest to god it can be just be two ships being boarded as a raiding scene). I hope to see this eventually but know it wont be in the near future. Thank you for listening, any comments? suggestions? 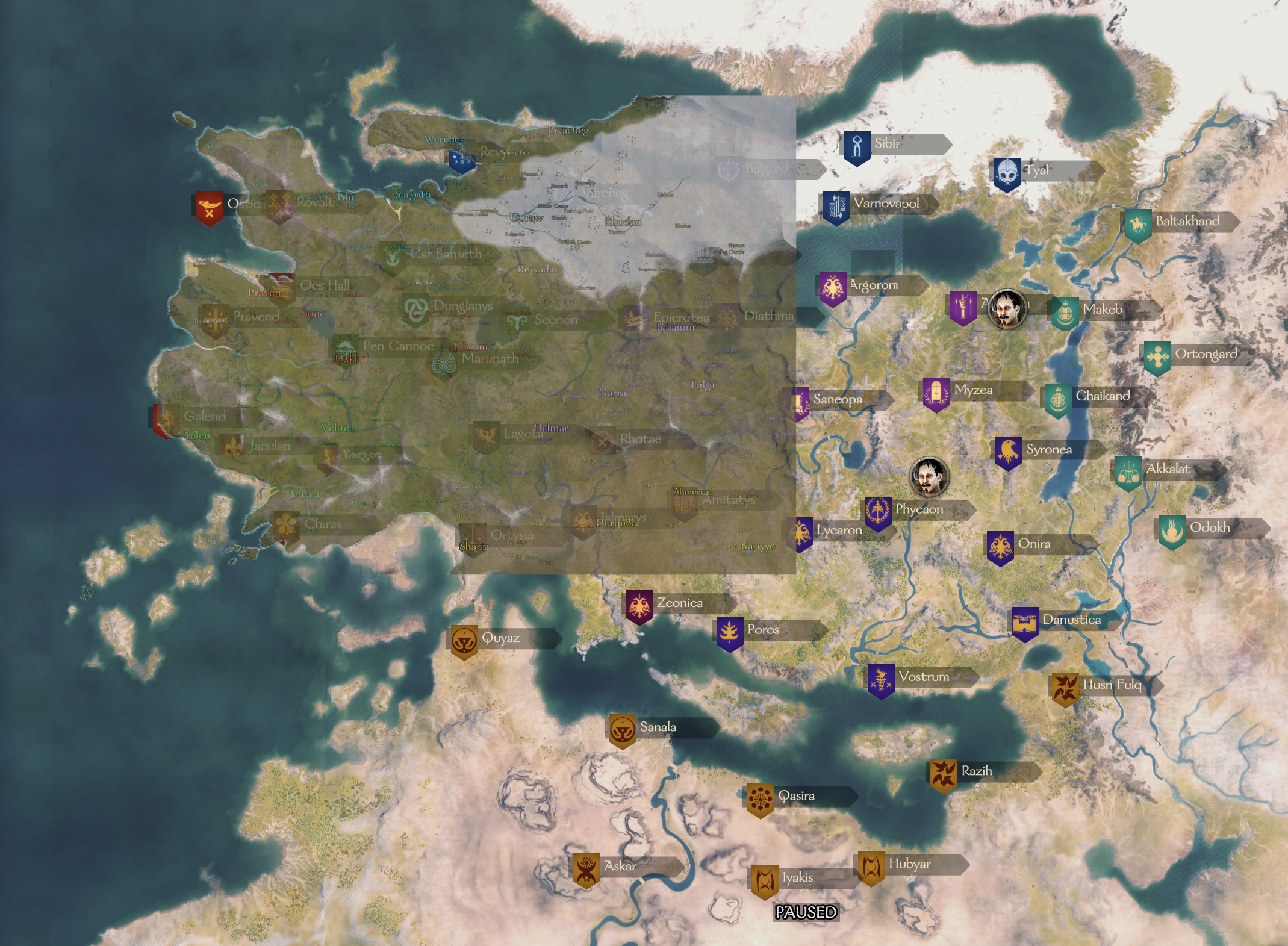 Mods or future DLC, I agree though.

stevehoos said:
Mods or future DLC, I agree though.
Click to expand...

Thank you for your output my friend.

Agreed! hopefully a Dev might see, they are quite good with community communications!

I was thinking on these stuffs too. We need ships, and more stuff like this
@Callum @mexxico

This topic has already been covered by the devs. It will be implemented down the road. Or you can add it yourself right now. Use the operate logic on the prefab boats. Add controls and you're good to go.

I 100% agree. Mods and DLC will definitely add this, but imo this should have been something added in BL already. I think Sturgia should've been more Viking based than Rus, and the northern area of the map having longer and wider rivers with more river side settlements. Sturgia is STILL getting destroyed by this game on most play thru so having them be a faster shipped with more difficulty reaching settlements be their advantages.

Yes, I recall reading some time ago that ships are part of TW's future plans for the game.

People are saying DLC but I don’t see why it shouldn’t be part of the main game? Not even ship combat just the ability to cross over the lakes by going to a village on the shore and landing on a village on the opposite shore.

Great suggestion as usual, It would be great also with perhaps islands as well with uncolonized island natives / exotic trade goods or the like you can conquer or trade similiar to EU4. Something with islands so ship travel gets a bigger incentive.

We're a LONGGGG way from ships of any kind. But it would have been cool if they added a warband style simple ship mechanic (if that isn't already implemented)

yeah, would be good, but in the priority list (IMO) this is kind of in the bottom to be honest.

Mabons said:
People are saying DLC but I don’t see why it shouldn’t be part of the main game? Not even ship combat just the ability to cross over the lakes by going to a village on the shore and landing on a village on the opposite shore.
Click to expand...

Sure it should, Bannerlord should have like all features of Warband VC.

But it´s too late now, we won´t get new content. If it´s not in the game yet, it won´t be for ever, unless mods add it of course.

Considering that Sturgia needs some re-work in order for them NOT to be ruffle stomped, a ship travel would give them some advantage in warfare....

Youve seen my other suggestions? Thank you for your input nonetheless haha!

froggyluv said:
So much is broken in the Campaign right now - ships would be luxury
Click to expand...

as previously stated in the post my friend, and I quote: " I hope to see this eventually but know it wont be in the near future. "
You must log in or register to reply here.

Actually managing villages is there any hope?
2