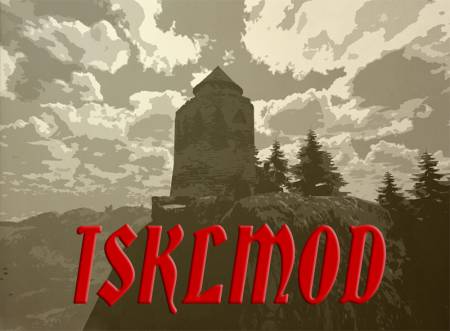 
This modification was made by author of ISKLROM and he's the one who asked me to create this topic.
The mod expands kingdom management options for the player if he is ruler or vassal. There are ability to create custom troops, weddings with the kings and queen, ability to kill lords, civil wars and and much more. The mod is hardcore. Write here about bugs!
This mod includes English translation, I will be happy if this mod will be translated to other languages.
You can put this mod on your web pages, citing a source, homepage - Commando.com.ua: https://commando.com.ua/mb/modswarband/3926-mod-isklmod.html

Feactures:
- Diplomacy.
- Hardcore (all units are dangerous).
- New troops for Vegirs and Novovegoriya.
- Unique troops for the barony of Edugar.
- The bandits unite after joint battles
- Lords' children can marry (beta).
- Seafaring (Need to buy a ship in the north cities).
- New bandits (Pirates and Raiders).
- Random events (beta).
- Mercenary companies; player can hire them.
- Weapons and armor for your own troops are 35% cheaper (It is maken for a variety).
- New weapons and armors.
- King Harlaus has unique weapon (Harlaus Dynasty's Sword); can be looted (probability is 5%).
- Ability to transfer rulership of your kingdom to any of your vassal or npc (custom troops (if you made them) are being remain in your old kingdom!).
- Killing of lords and kings.
- Ability to marry with kings or queen.
- Added realms with various rulers.
- New quests: kidnapping of noble ladies.
- Improved AI.
- Children is being born in the families of lords and kings.
- The invasion of the Valkyrian Empire and the returning of Old Calradia (commoners unite and fight for Calradia).
- Sponsorship of buildings construction.
- Ability to imprison lords who decided to rebel (instead of exile).
- Civil wars after the death of the king (commoners and nobles do not respect new king).
- Laws.
- New faces.
- Rebalance of armor, factions, troops.
- More arrows and bolts in quivers (between 70 and 125).
- New troops.
- Bandits besiege very weak castles (just remove the garrison, with a successful attack) +- renown if your castle.
- Forgotten knights can desert from the ranks of bandits and become adventurers.
- New lords.
- Peasants' uprisings.
- Now the skills Leadership and training is affecting the number and quality of soldiers (for any lords).
- New UI.
- Improved AI of Lords.
- Women over 50, can no longer bear children.
- The king can leave the kingdom and start the way of a great adventurer!
- Kingdom Balance.
- Added unique units on the map.
- Forgotten knights + many quests with them, under certain conditions.
- Lords train troops depending on the relief of their settlements.
- Your lords may rebel against you and form a new state. (From those destroyed earlier).
- Allied Lords can be killed - possessions will be transferred to children or wife.
- Death of prisoners, when not eating food.
- New economic system ISKLMOD.
- new calculation of prosperity, production and trade between countries. 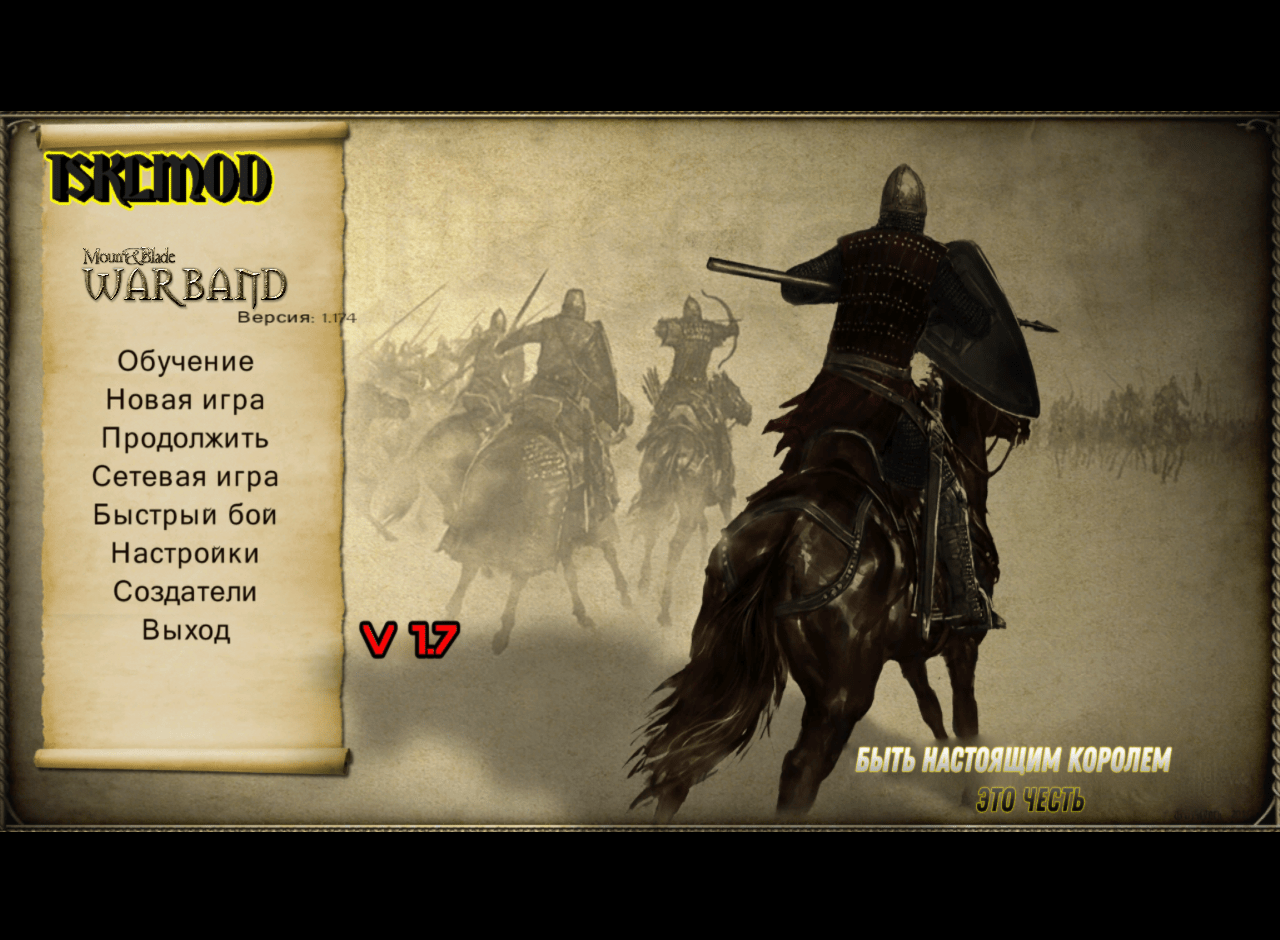 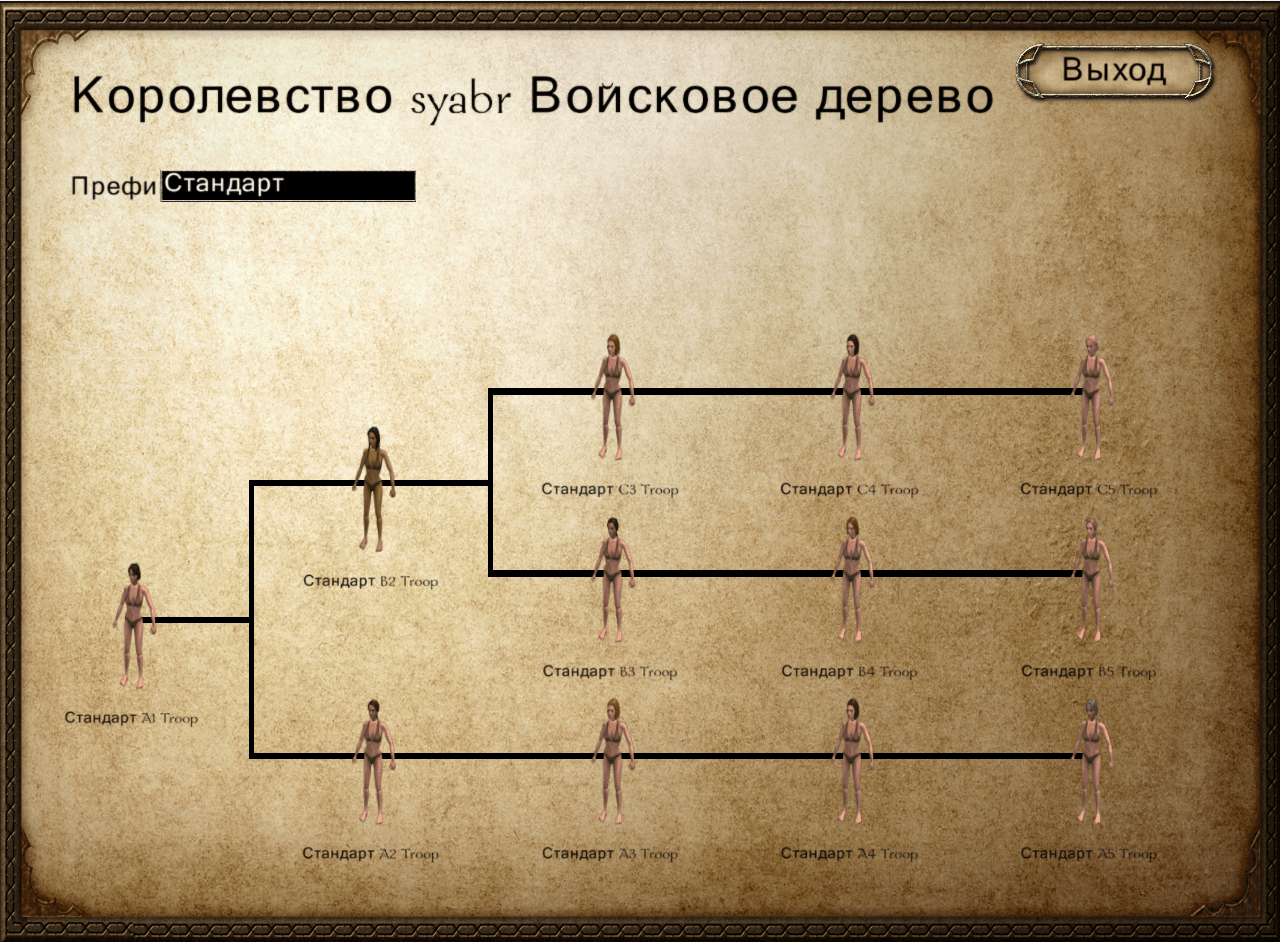 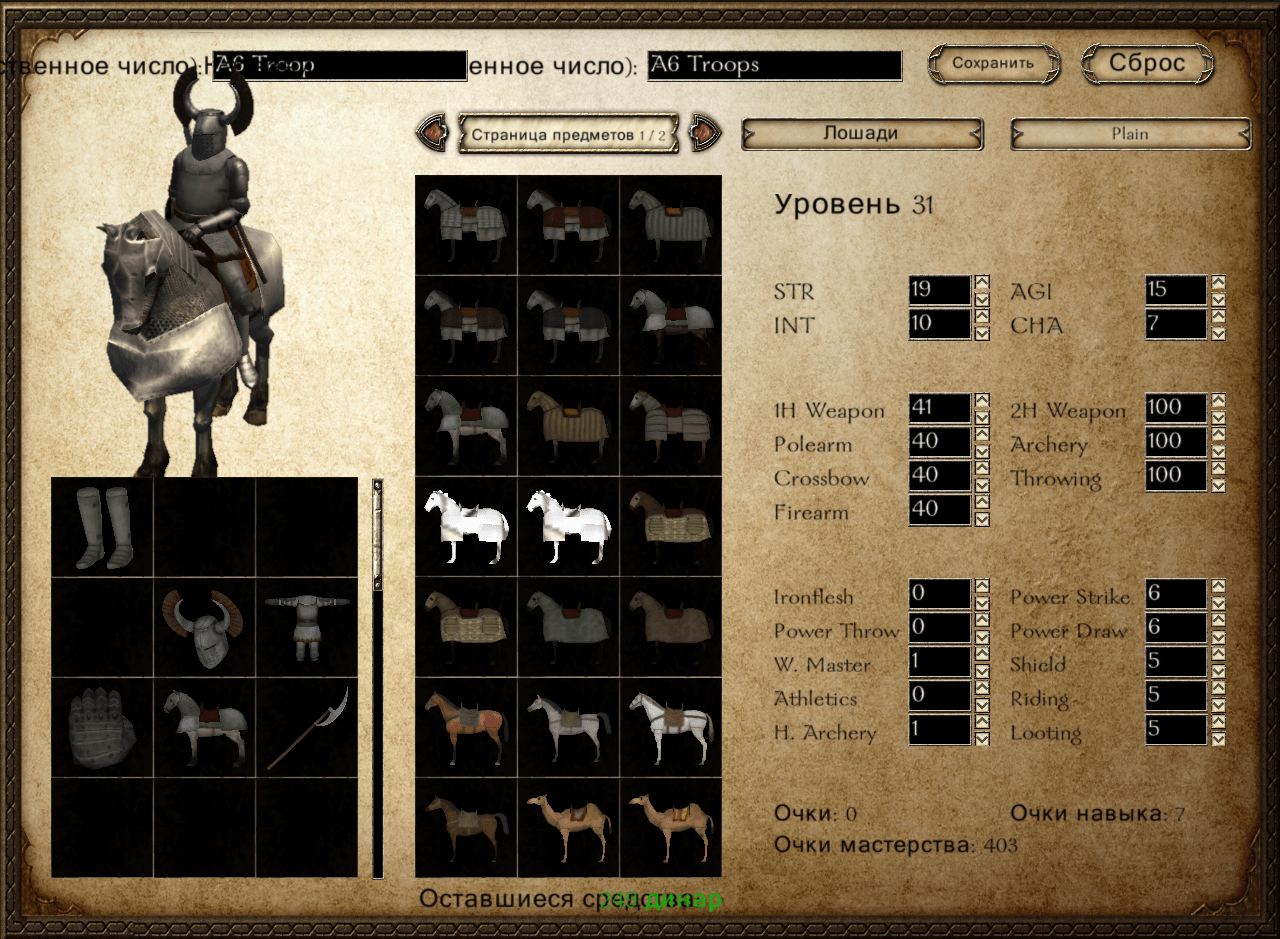 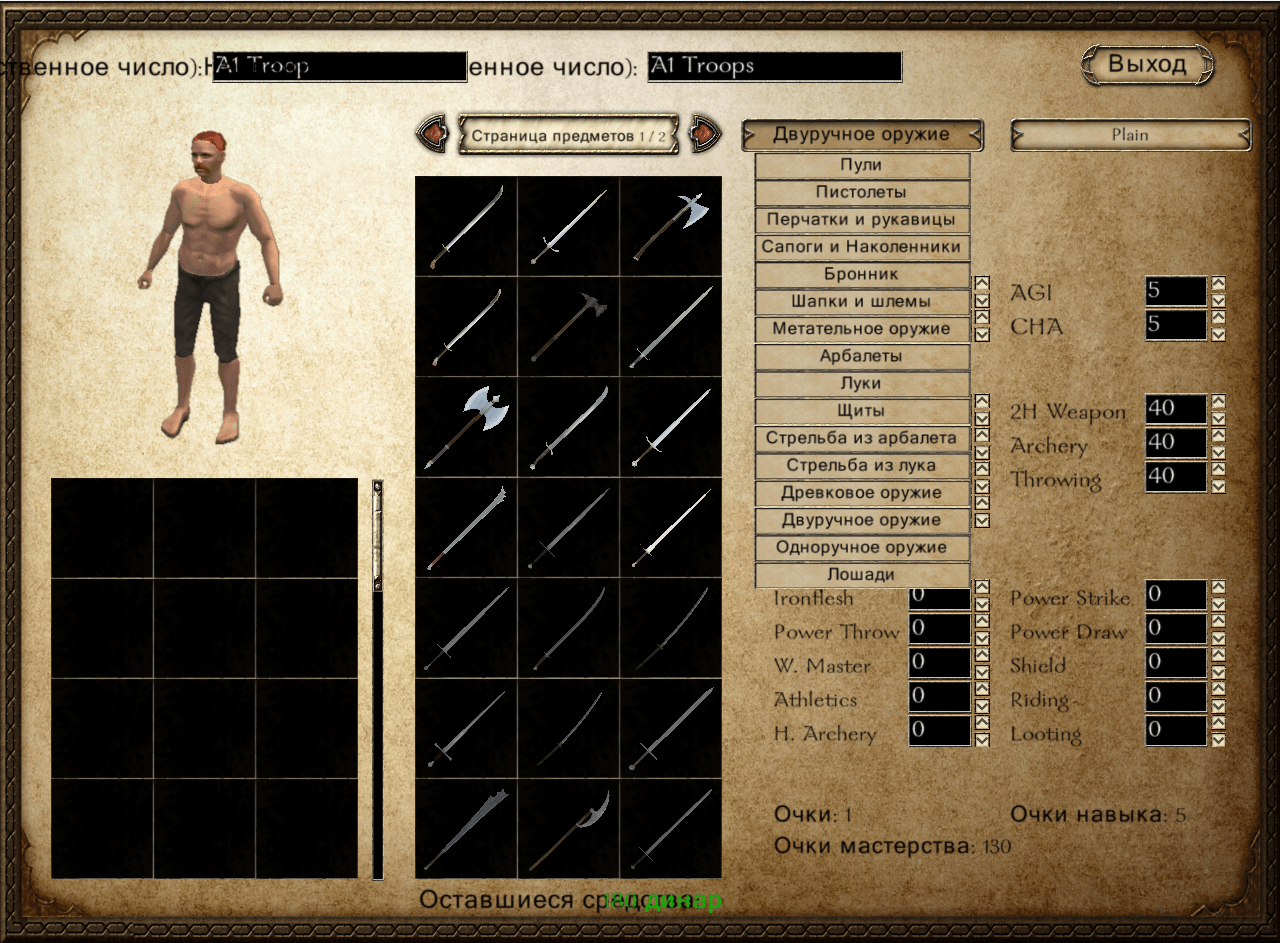 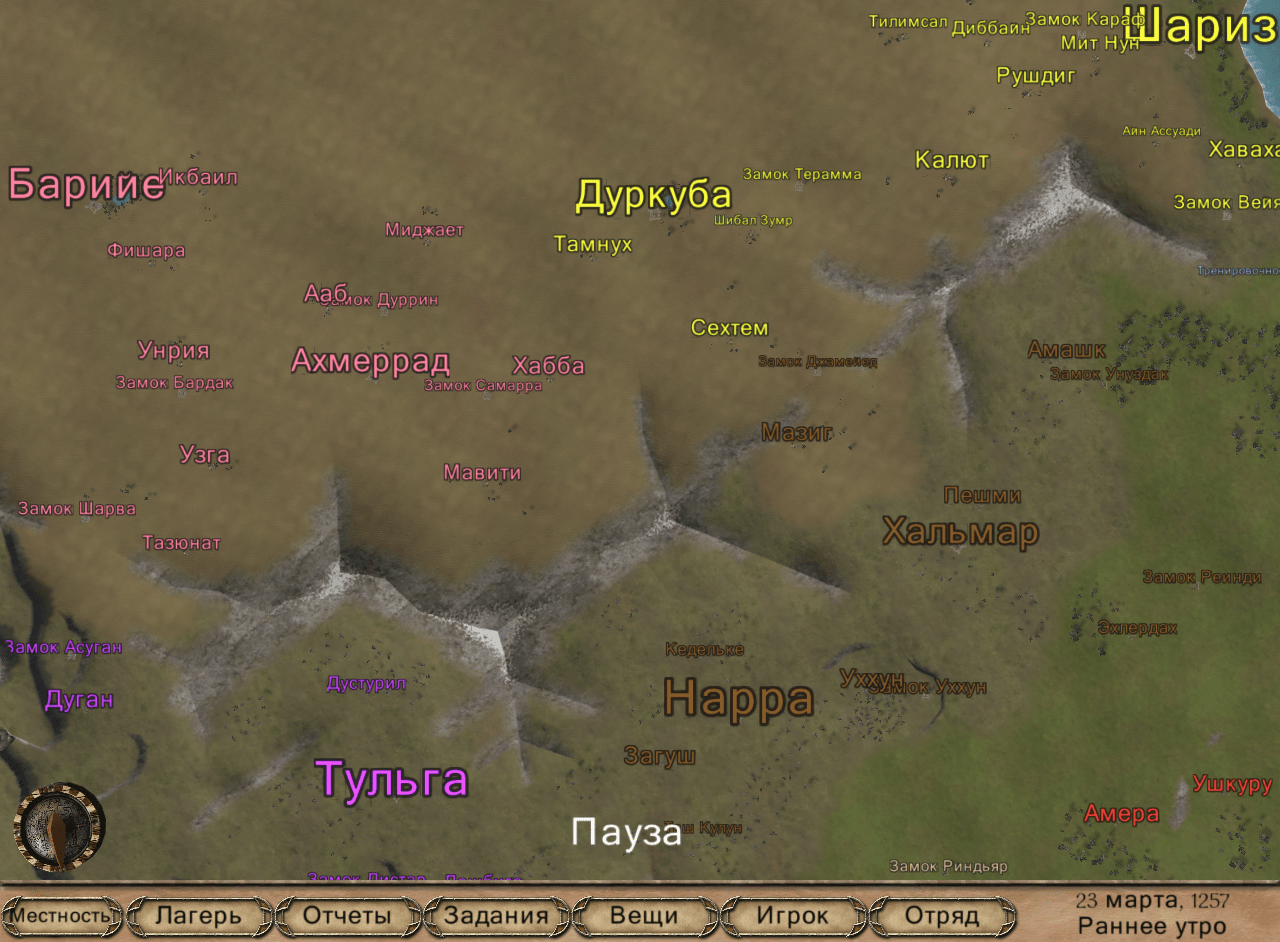 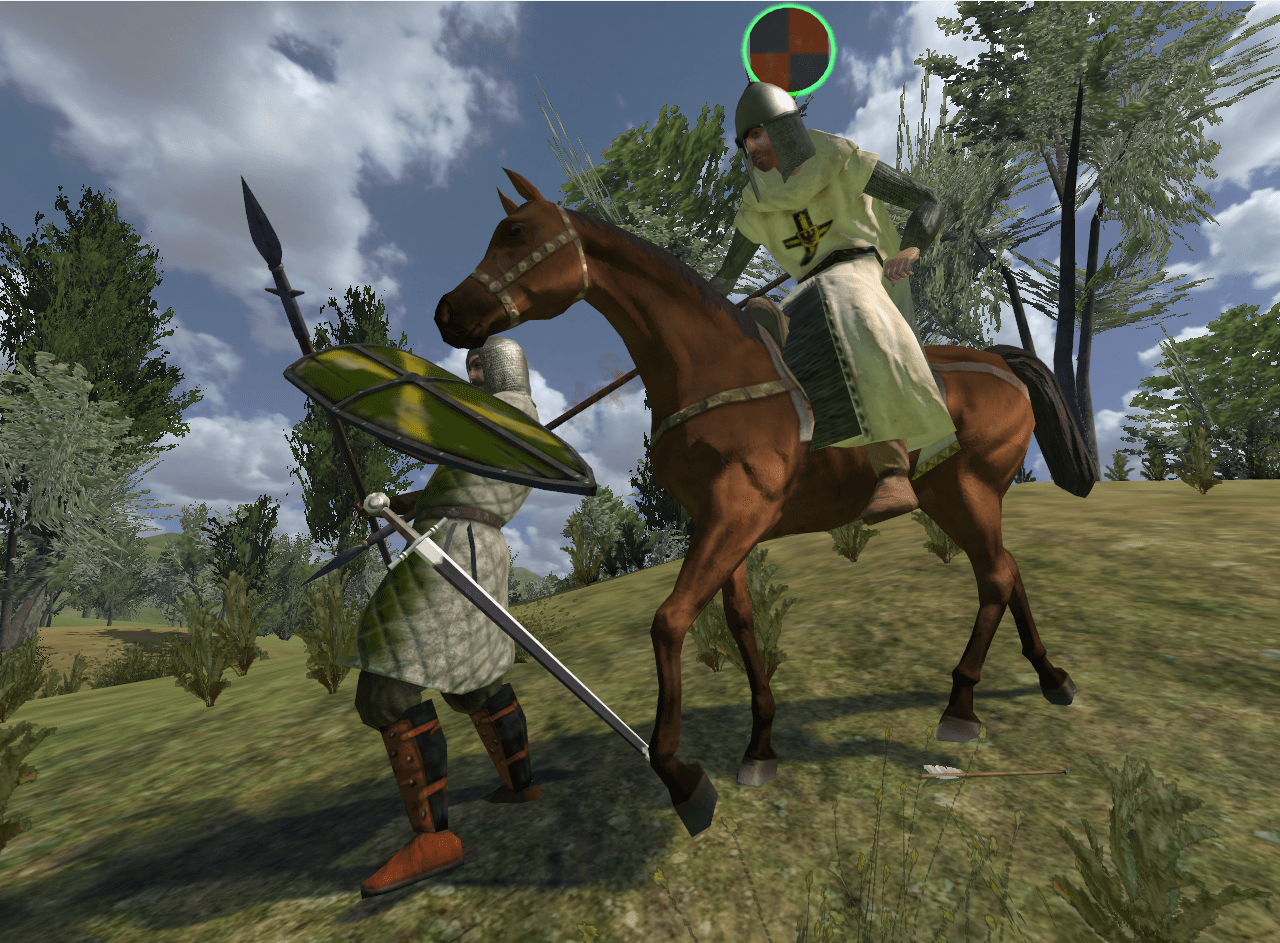 Nice to see more quality "Slavic" mods  made available for the rest of the world.

1) More beautiful faces of mens and womens
2) New quest chain with the Central Factions
3) Harlaus has a secret place.
4) Sea raiders now join lords (Only Nordic cultures)
5) The game has become more difficult.
6) Swadian army fix
7) Up AI swadians (now they are not beaten by all the neighbors in a row.)
Removed bugs with the camp of the Knights and white faces
9) In the armies of different factions there will be scraps from the old states
10) The Lords dress themselves (Drop) (beta)
11) New unique, beautiful design)
12) Numerous fixes of red lines, etc. - thanks for throwing logs) And the most important thing- The fierce confrontation between the Swadia and the Barony (Martial low in Swadia, almost every citizen is a soldier in the service of the faithful lords of old Calradia) who will win in this internecine war of blood relatives - only time will tell!