I mean, the majority of the landmass is in Asia, but the capitol is in Europe, but they have always been part of Asia Minor, which is Asia AND Europe sooooooooooooo... I motion we make the continent of Turkey, thereby solving all of those issues at once.

Somewhatpro said:
I mean, the majority of the landmass is in Asia, but the capitol is in Europe
Click to expand...

Their capital is Ankara.

Capital of Turkey is Ankara middle of Anadolia.But in Turkey you can find Greek,Syrians,Kurds,Russians,Turks and more.So I think Turkey is mixed country.Not Asian or Europan

But even in Istanbul (a.k.a. Costantinapole) still turks have more people than Greece,Serbia and ohter Balkan Countries (+14,000,000) 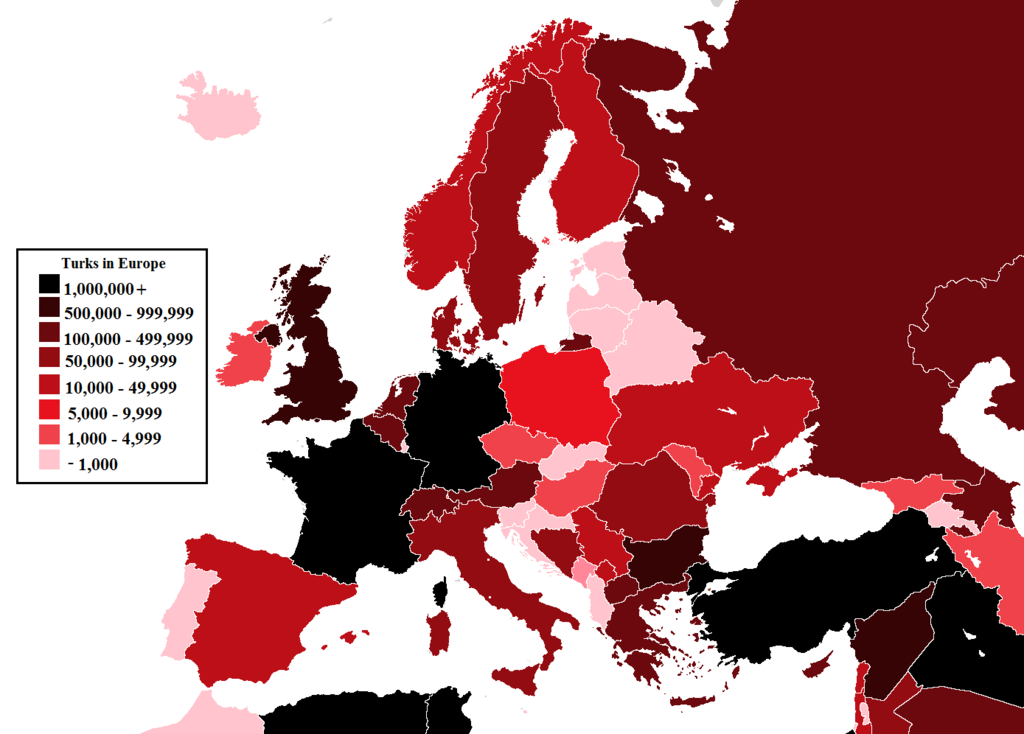 There's more than 500,000 Turks in the UK? I don't believe that source I'm afraid. Unless by turk you mean forum troll

Beny said:
There's more than 500,000 Turks in the UK? I don't believe that source I'm afraid. Unless by turk you mean forum troll
Click to expand...

2.7 million of Turkish descent, which includes 1.5 million with Turkish citizenship.
The map he posted makes it looks like some sort of invasion, putting Germany and Turkey in the same colours...

https://en.m.wikipedia.org/wiki/British_Turks
where are all these hidden turks?

All down south apparently. Explains why I haven't seen any fezes.

You'd probably think they're all Pakis and Persians anyway, eh?

I saw this map here.

https://en.m.wikipedia.org/wiki/British_Turks
where are all these hidden turks?
Click to expand...

same page said:
As of 2011, there is a total of about 500,000 people of Turkish origin in the UK,[6] made up of approximately 150,000 Turkish nationals and about 300,000 Turkish Cypriots.[4] Furthermore, in recent years, there has been a growing number of ethnic Turks immigrating to the United Kingdom from Algeria and Germany. Many other Turks have immigrated to Britain from parts of the southern Balkans where they form an indigenous ethnic and religious minority dating to the early Ottoman period, particularly Bulgaria, Romania, the Republic of Macedonia, and the province of East Macedonia and Thrace in Northern Greece.[4][7] The majority live in London.
Click to expand...

I think they all own restaurants. I only know a couple of turkish people but there are turkish and cypriot restaurants all over London.

Most of the Turks run Chinese restaurants because they all look Korean.

But they make Indian food?

Far-East-of-Turkey food.
You must log in or register to reply here.