. Hussite Flags in Armies of the Middle Ages, Volume 2 by Ian Heath from various illuminations.


Was the goose drinking from the chalice first used by their opponents as a derogatory emblem? Was it adopted by the Hussites? Derogatory slurs have been adopted by groups to defuse them, e.g. Quakers, Shakers, Cherry Bums, Rats of Tobruk, etc.

Druzhina said:
Was the goose drinking from the chalice first used by their opponents as a derogatory emblem? Was it adopted by the Hussites? Derogatory slurs have been adopted by groups to defuse them, e.g. Quakers, Shakers, Cherry Bums, Rats of Tobruk, etc.
Click to expand...

It was used as a derogatory pun and I really doubt they even tried to adopt or reclaim it. The idea of an animal drinking from the chalice must have been perceived as it was intended - that the whole movement itself is a blasphemy, so I can't see a bunch of chilliastic fanatics being jolly good fellows about it. Besides, even the movement's name itself was an exonym. They referred to themselves as kališníci or utrakvisté and disliked the name husité as it implied they are just followers of a mere mortal, instead of The One Theological Truth.

Greetings from Prague I finally managed to visit the Equestrian Statue,
of Jan Žižka by Bohumil Kafka, on the Vítkov Hill, this very morning! Just a
short trip, returning tomorrow to Vienna, where I'm spending the holiday. 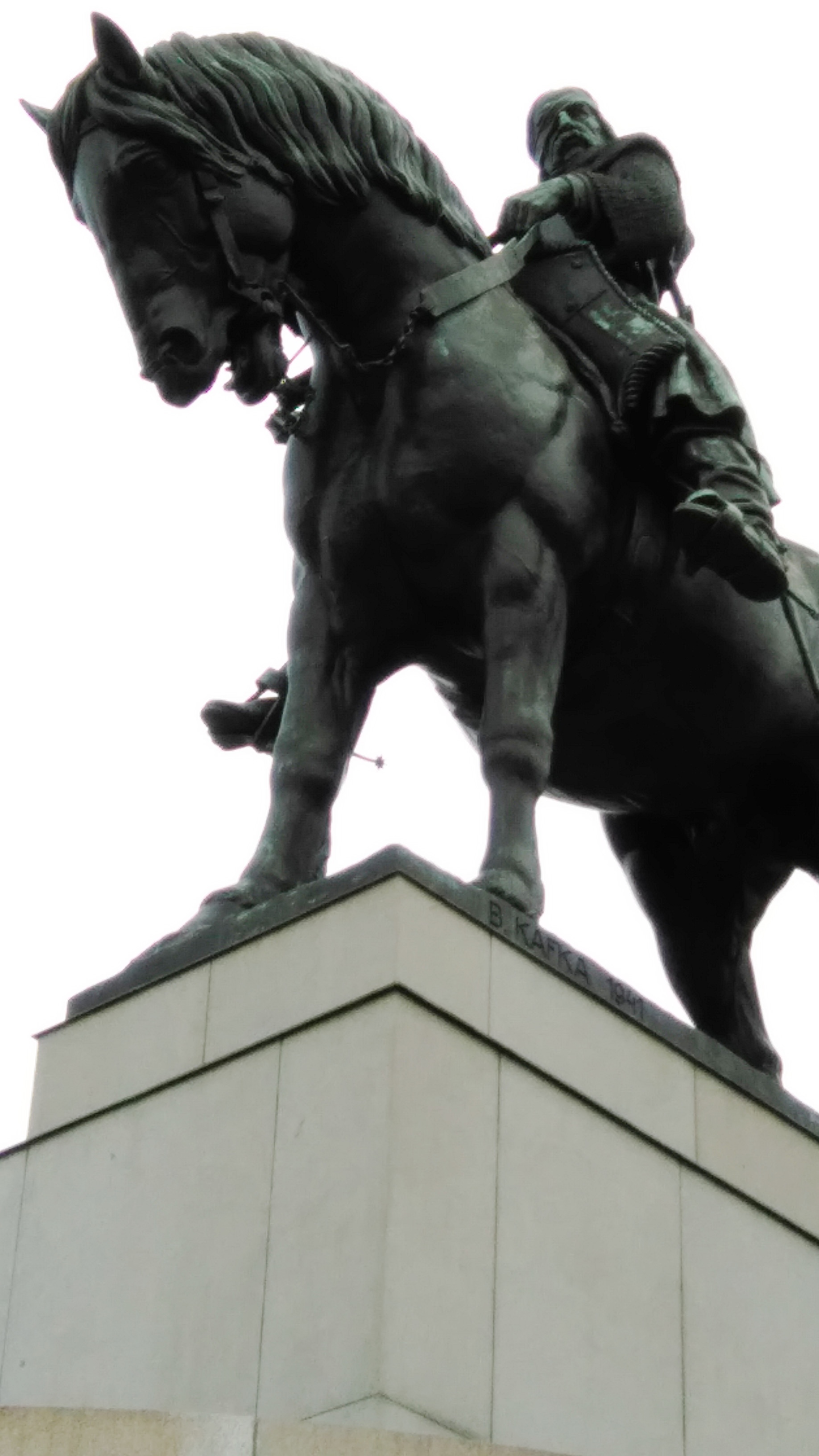 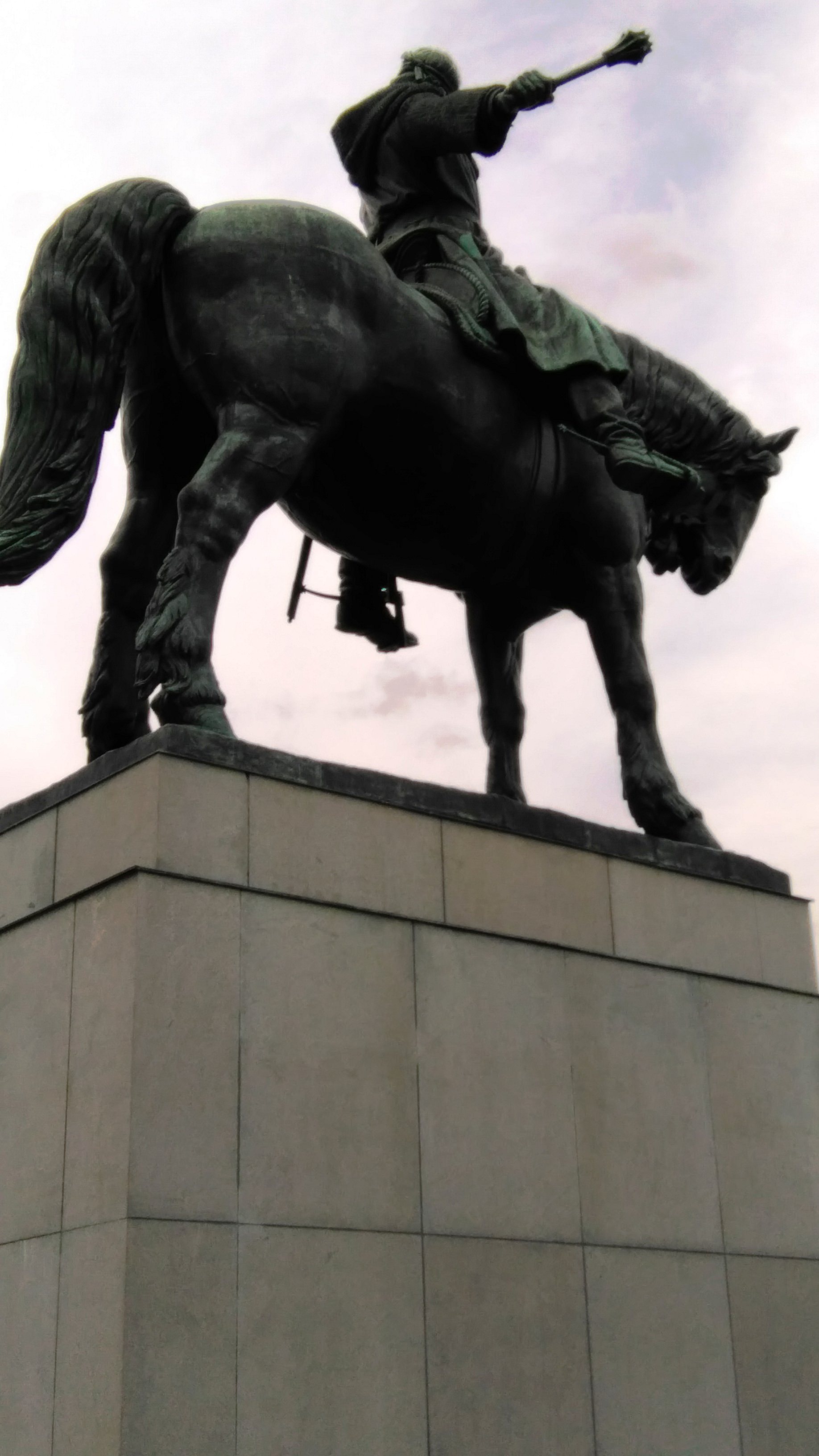 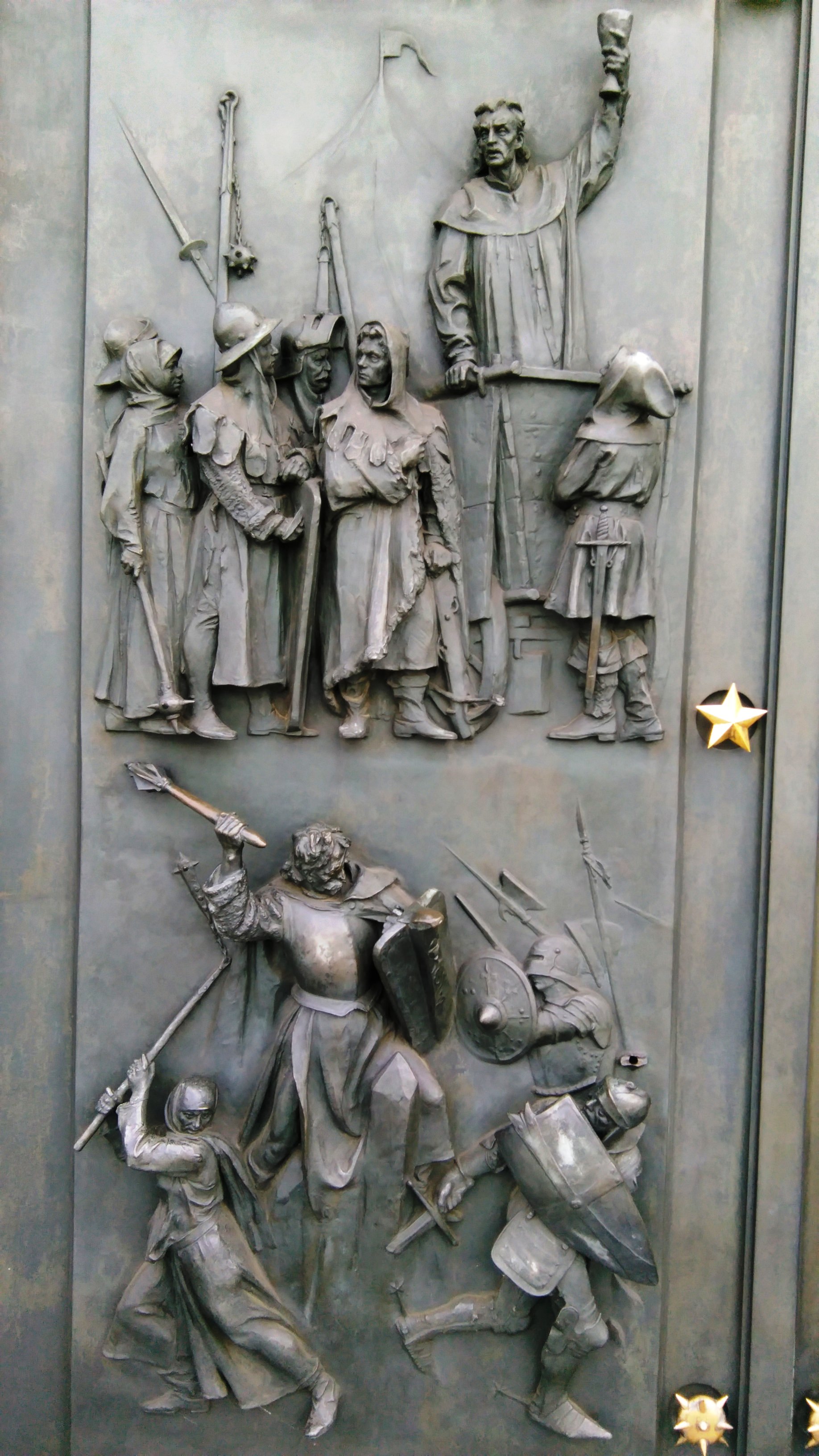 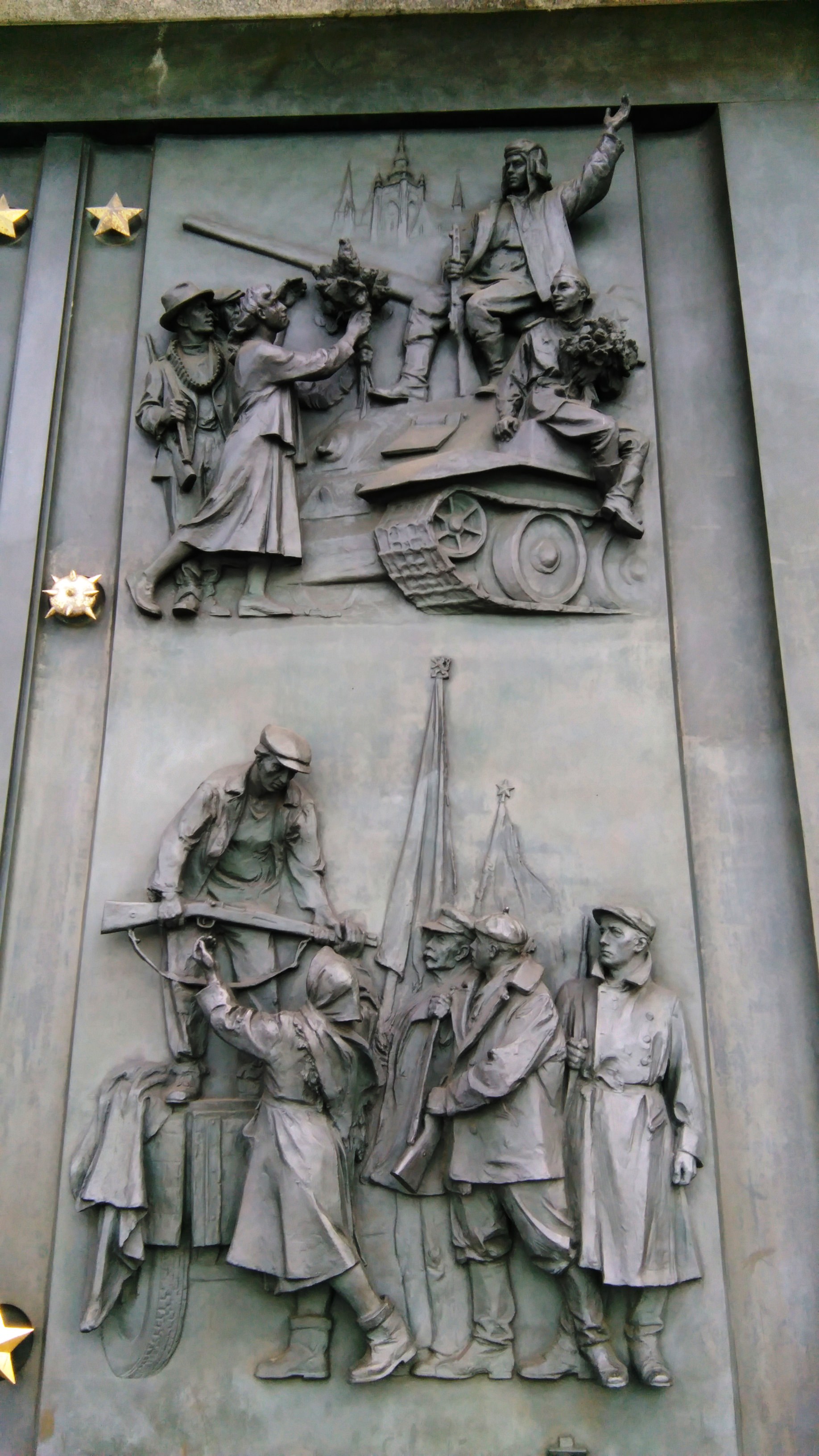 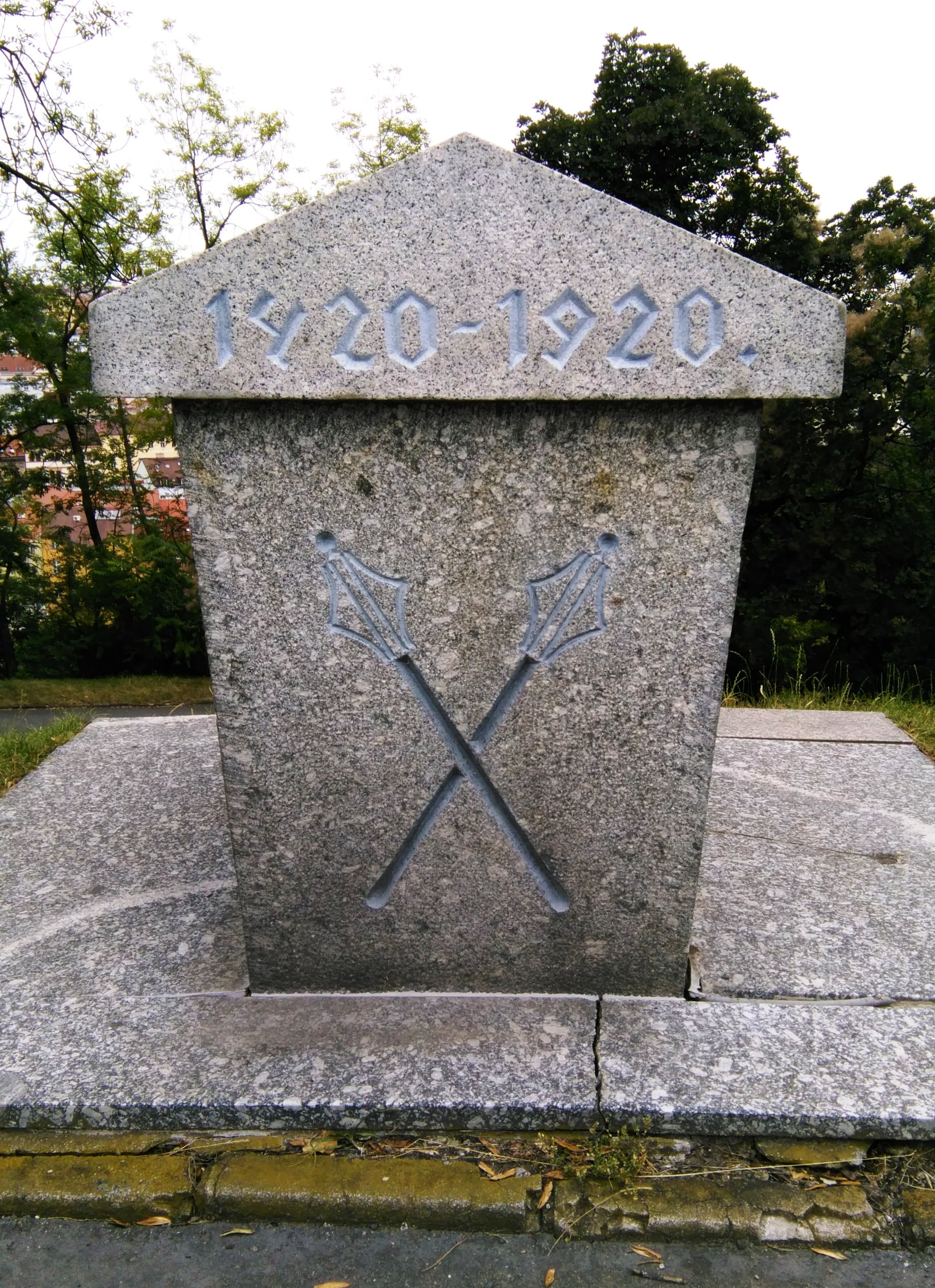 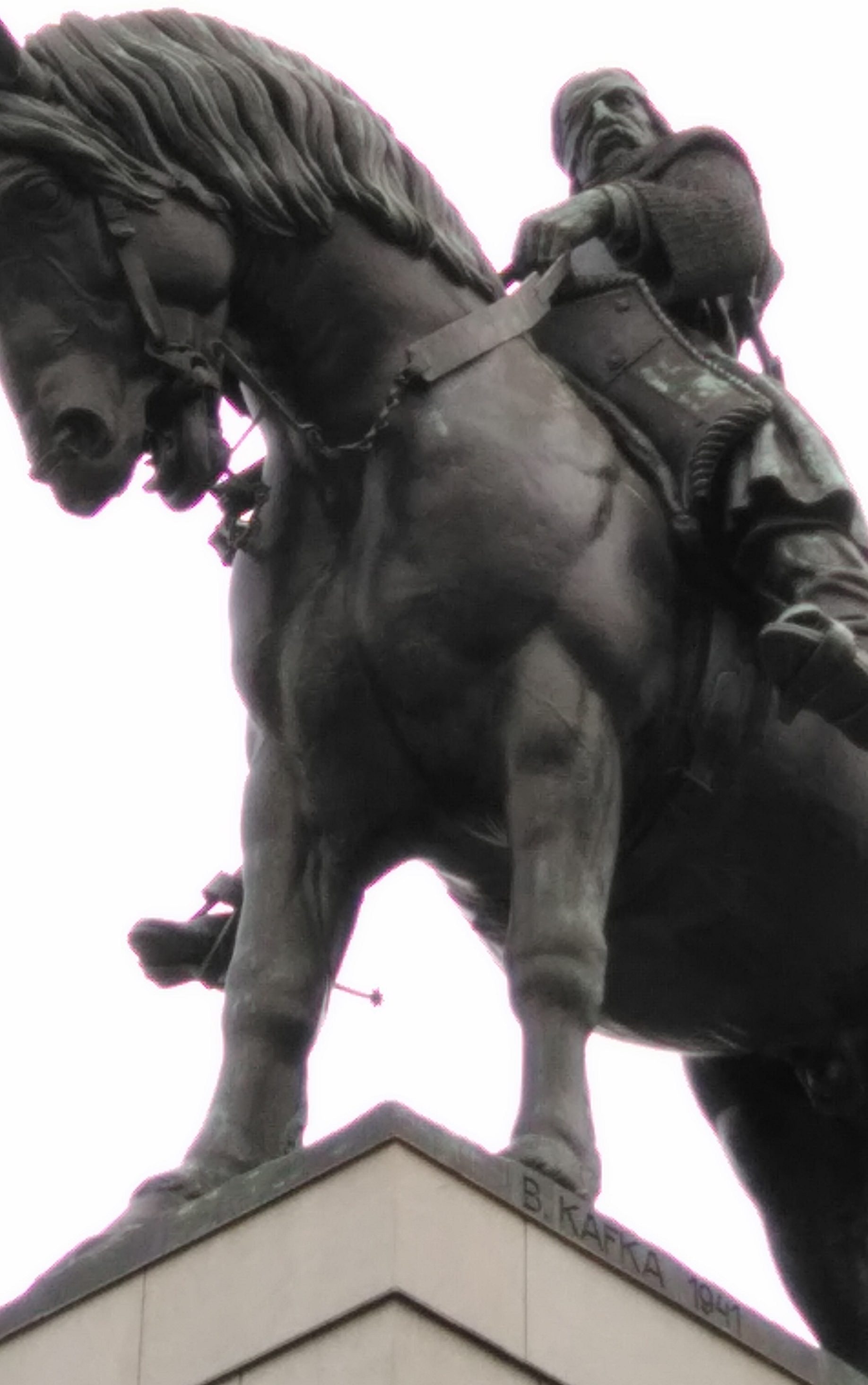 
During the Hussite Wars when the City of Prague was attacked by "Crusader" and mercenary forces, the city militia fought bravely under this banner. It was later captured by Swedish troops on their raid in 1649 and eventually placed in the Royal Military Museum in Stockholm; today it is simply called the "Prague Banner." Although this flag still exists, it is in very poor condition. When the Banner was first made and used is open for debate, but earlist evidence indicates that a gonfalon with some municipal charge painted on it was used for Old Town as early as 1419. Eva Turek dates this flag to about 1530 based on the style of characters, painted bordure, and fleurs-de-lis stenciled on it. Since this particular municipal militia flag was used before 1477 and during the Hussite Wars, it is the oldest still preserved municipal flag in Bohemia. 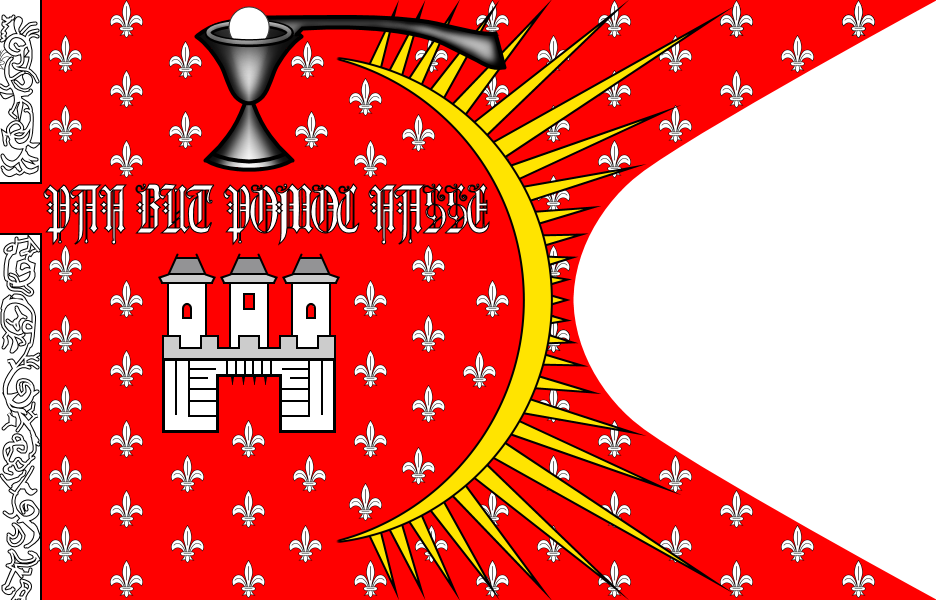 15th century, Bohemian standards of the hussite army,
by Troppau on Wikimedia Commons...

This looks extremely suspicious though. Here's a short article I found after some brief googling and Google Translating, so excuse the broken, but imo still intelligible, English


What did the Hussite flags and signs look like?

Each medieval army went into battle under the banners, which had the task of showing their soldiers their place of assembly, encouraging them in battle and also signaling. The banner also had to be defended to prevent it from getting into the hands of the enemy, for whom it was a desirable prey. That was also the case with Hussite troops. Everybody knows the most famous banner flying over the heads of "God's warriors" - the red chalice in the black field. And here's the trouble. It did not exist in the Middle Ages.

Let's start from the beginning, that is, from the original sources. I only know a single source from the period, where it is written about the designs of the banners, namely the Hussite chronicle of Laurence of Březová. The chronicler in the chapter on the Battle of Vítkov 14th July 1420 writes that the Hussites were marked with white and red chalices on their clothes, armor and banners. The chronicle was, according to Petr Čornej, sometimes written at the end of the Hussite wars. Heraldically, the correct background for banners with this color of chalices would be the opposite color (white/silver chalice on a red banner, and vice versa - the rule of color and metal).

The Krumlov manuscript (dating back to 1420) is a pictural source from the Hussite Wars, where we have a shield with a painted chalice. King David here has a blue shield with a golden chalice. Another picture is from the Vienna manuscript (dated 1437-1450), where the chalice is painted on a railing decorating a tent in the walled wall. Unfortunately, I did not find this illumination anywhere in color, so I can not add anything to the colors.

These are the only sources from the time of the Hussite wars (1419-1437). Everything else is from later. Another painting from about the middle of the fifteenth century is a stone stove. On one of them, the banner with the chalice is carried in front of a hetman considered to be Jan Žižka. It's interesting: the bottom edge and the end are cut into some curves. Of course, there is nothing about coloring here.

Perhaps the best-known depiction of the Hussite flags is the two paintings of Janíček Zmilly of Písek from the Jenský Codex (dated to the end of the 15th century). Both are a red banner with a gold chalice (with the VERITAS VINCIT golden inscription on the painting of the riding fight). By the way, the proof of the sloppy work of the author of the publication on Hussite Military of Osprey Publishing House is that he did not know the age of dark gold and created a completely new color combination - a red banner with a black chalice.

The name of Master John sounding identically with the fatty bird gave rise to a picture a banner used exclusively by anti-Hussite propaganda. This is a well-known banner with a goose from Vienna's manuscript where it denotes the army of "God's warriors". It was deliberately insulting the Hussites, and therefore, it points is ass towards the place of honor (the pole), while normally heraldic animals are always facing it. This was not understood by the Funcken and they rotated the goose in their Osprey work.

And what about the most famous black banner with a red chalice, this combination of two colors of death and blood? It first appeared in the second half of the 19th century, in connection with the "camp movement" Immediately it got into the general consciousness where it remains until today (it also penetrated into Wagner's work, Vávra's Hussite trilogy and the hall of the Hussite Museum in Tábor).
To sum up, Historical reality is best represented by red and white banners with chalices of opposite colors and red and white designs on clothing and armor. Everything else will be more or less speculation and anachronism.

kurczak said:
The name of Master John sounding identically with the fatty bird
Click to expand...

There is a pun involved. In Czech hus means "of geese", with husa and husí for goose and husy for geese.

Hm,yes, I thought that much was obvious from the text.

Fun fact: his name come from the town he was born and raised in - Husinec - which to an unlearned ear is more or less "Geeseville" or somesuch. The name of the town comes from the nearby Hus Castle which the legend says was named so because the site was originally a popular hang out for wild geese, but it is just a legend and probably an anachronistic one and there's a good chance the castle's original name was derived from Germanic "huus/huis/house/haus" (etc you get it) instead and Jan Hus is therefore actually more of a "John the Huscarl" than "John the Goose" 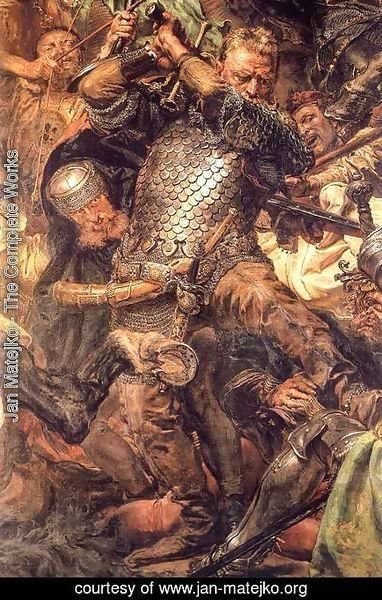 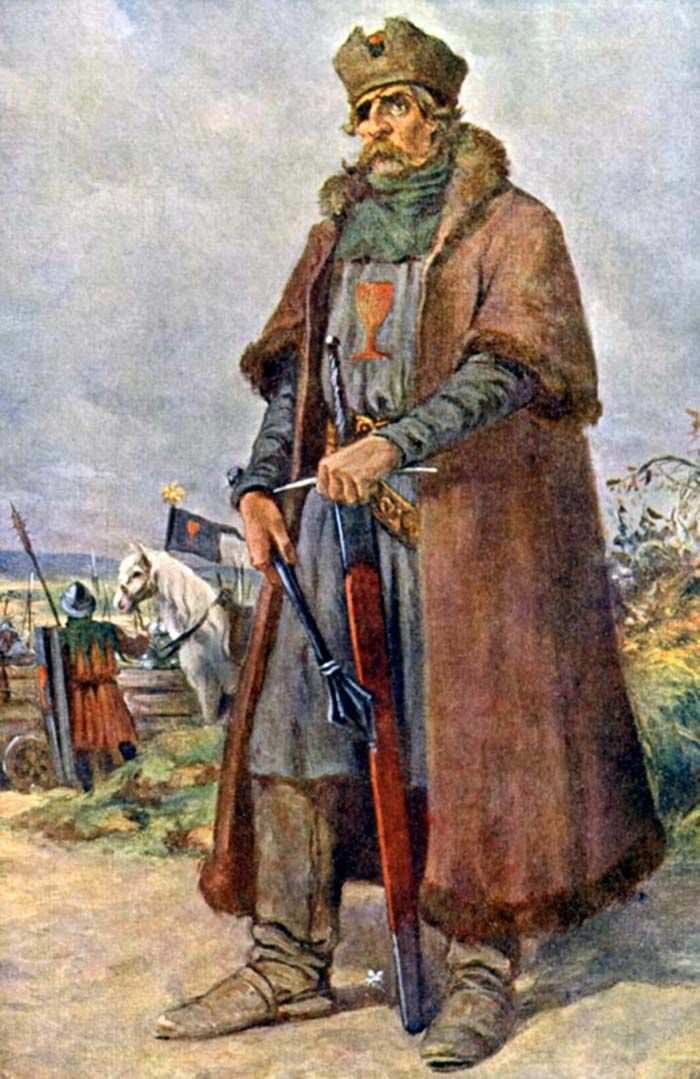