Summary: My brother Nathanos starts the siege of Syratos Castle with 155 men. He typically loses 2-6 in the player-led assault (the castle is a pushover). After the siege, back on the strategic map, he is in my army with around 150 men (I've played this SIX TIMES). Without entering the castle afterward, as soon as I take any action - even click CONTINUE - he is stripped down to 81- 82 troops, the rest going to the garrison.

This only happens to Nathanos in my army (I haven't determined if any parties in the other army present in the siege also contribute). And it happens every time! I even played the siege a sixth time just to catch it happening. When I saved after the siege, he still had 150+ troops... and when I reloaded that save he was already at 83.

Now, I know that lords donate troops to places they enter. But why is it hitting the same party every time? And why 65-70 troops? Without entering!!

How to Reproduce: I will send saved game "Sieger". Immediately make the attack with the player. Win the battle. Get Areliana's thanks and collect prisoners and loot. Return to map. Note Nathanos' party strength at the end, while paused, when the view returns to the map. Then do anything. Bing. Nathanos loses down to around 83 men.

Have you used cheats and if so which: Never!
Scene Name (if related):
Media (Screenshots & Video):
Here is the situation post-battle. Note that Nathanos has 149 men. (NOTE - Just saw that the popup actually disagrees with that number, saying 83+1W. The game's already transferred the men but not updated the party readout.) 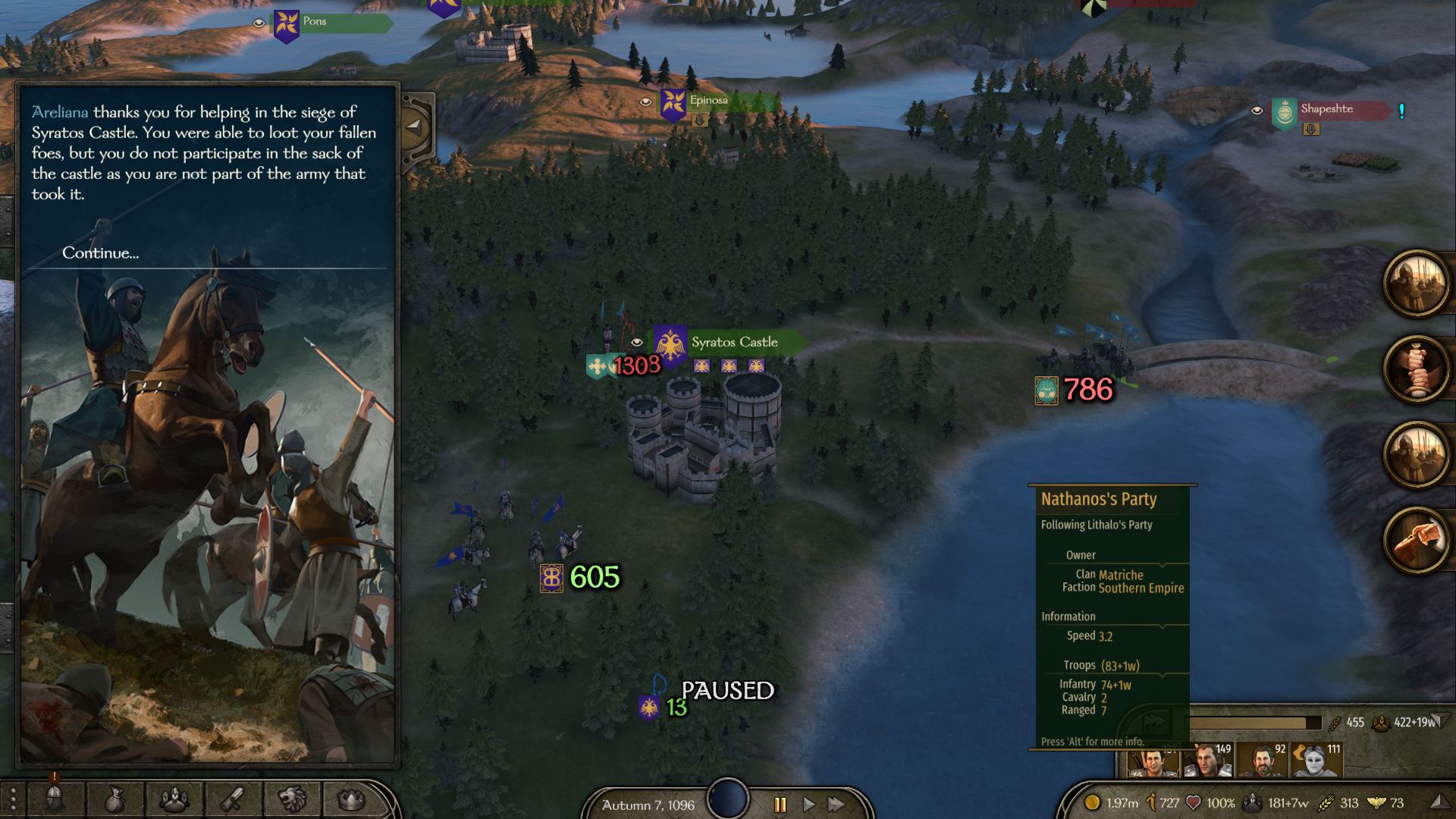 Here is the situation as soon as I hit CONTINUE. Nathanos is down to 83. By the way, he had 6 casualties in this particular fight. (NOTE - I now see the other lord in my party also lost 23 men.) 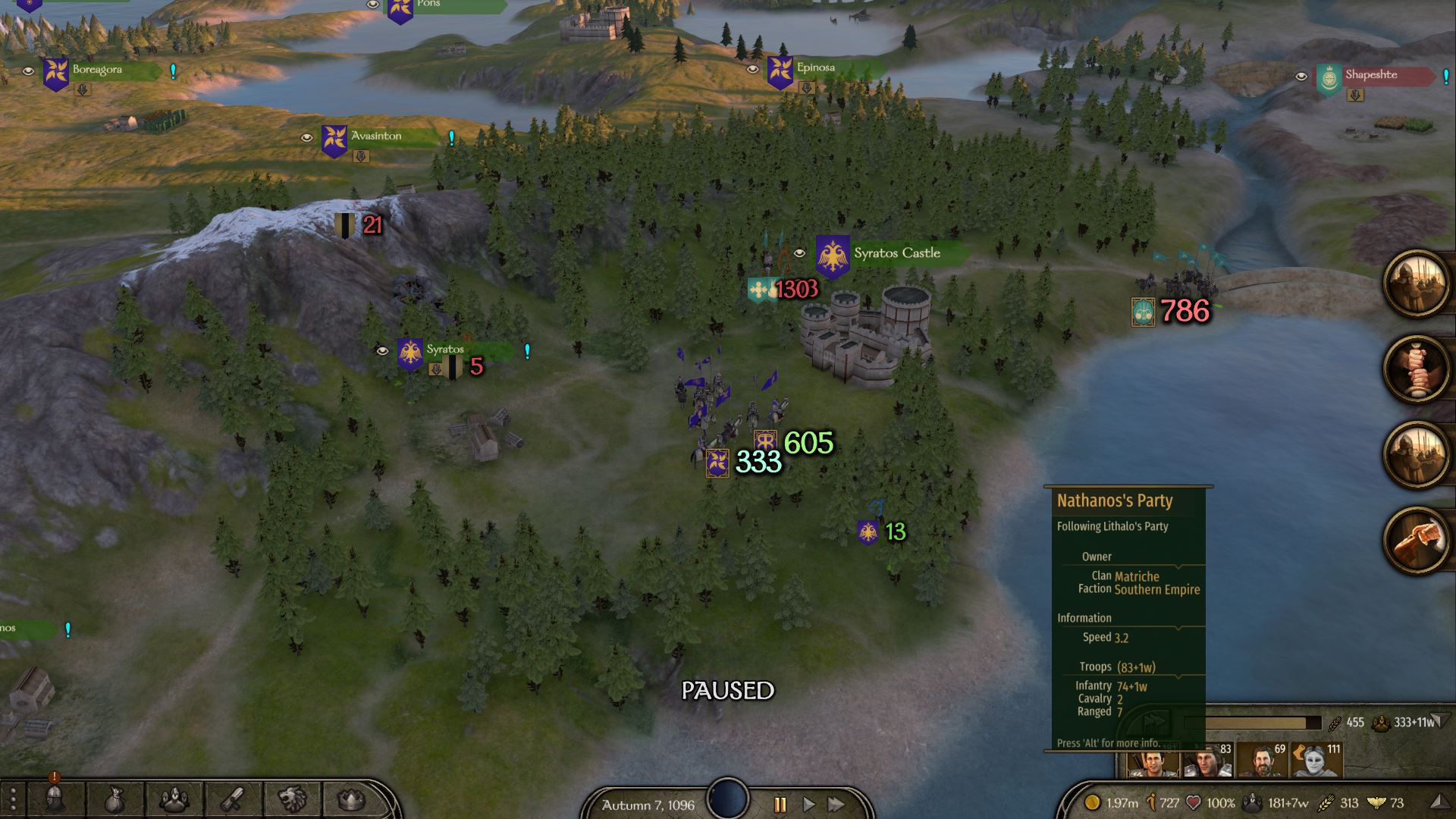 Here is the immediate readout on the castle. It now has 97 garrison, and neither victorious army has moved. (Neither have the enemy parties in the background.) 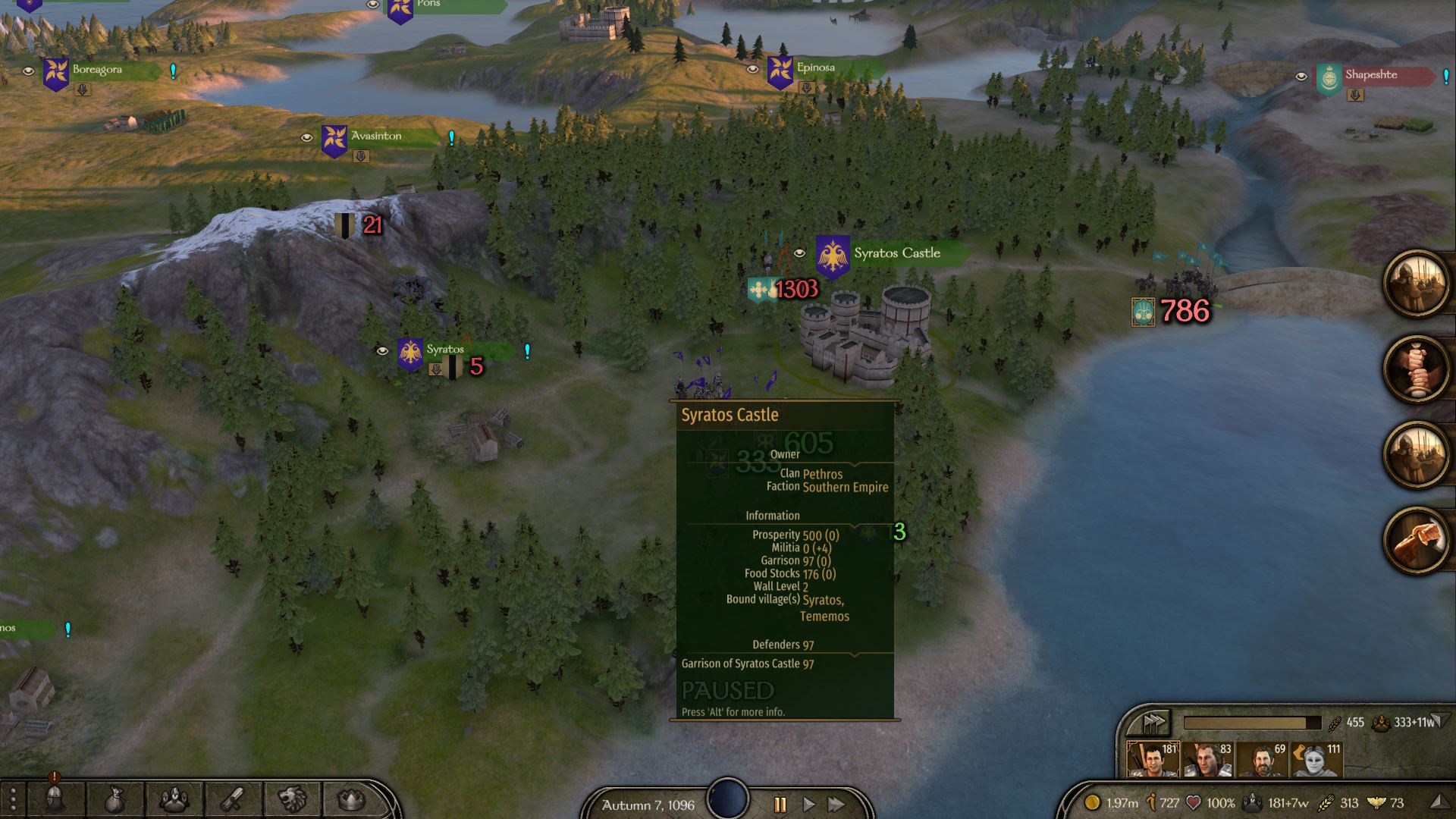 I've been informed that this is an intended design choice. However, you can open a thread in our suggestion board to let the devs know about your take on this.
You must log in or register to reply here.