Hello, here is my story so far

So i played Perisno years ago and have recently decided to get back in it
Now im posting about my current game and what i have recently been doing
I am now on day 420 (a nice coincidence)
First off i joined the army of some Valahir Clan vassal (i dont remember who and it doesnt matter either), and stayed in it just until i was promoted to a Hiligord and then i took off with the fancy equipment
Soon after that i joined the Hakkon Empire as a vassal during which i endured the The Black Week and long story short i stayed for a long while until i left at around day 415 with a perfect plan to start my own kingdom, which didnt turn out so perfect purely due to my own error
As a vassal i had 2 villages, a castle and a town, and a factory in every Hakkon city (6), so i had a large and steady sum making of income every week, later i was also given marshallship, which i had for a while and lead the other vassals into 3 wars with it
Then when we werent at war with any other kingdoms i convinced my liege to ho to war with Aroulo, i wanted to start my kingdom there, it seemed perfect (a town, 4 villages and its isolated and safe), i quickly sold all my factorys and as the marshall lead our vassals to war
the plan was to besiege Qaletaga with all as many Aroulo vassals in it, there was even a Zann vassal in the battle, next step was to fight as usual with all my Hakkonese mates but insted of taking the town abandoning the siege when there was only a handful of Aroulo troops left (at the end i left 20-30), step three was to break the siege, break my vassalage which wasnt a problem since the king was also a part of the siege then take the town myself and start my own kingdom
The part where i botched is the fact when i left the Hakkon empire my relation with Aroulo went back to 0, something i overlooked, therefore i wasnt able to siege the town myself, and by the time i found a stray Aroulo vassal to use for lowering my relations the Hakkon already took Qaletaga and my plan was completely botched in the final stretch
Now since im no longer a Hakkon vassal i think i will join Tolrania to balance out the power in Perinso, since they have only one castle (we took most of their fiefs)
Here are my stats and equipment: 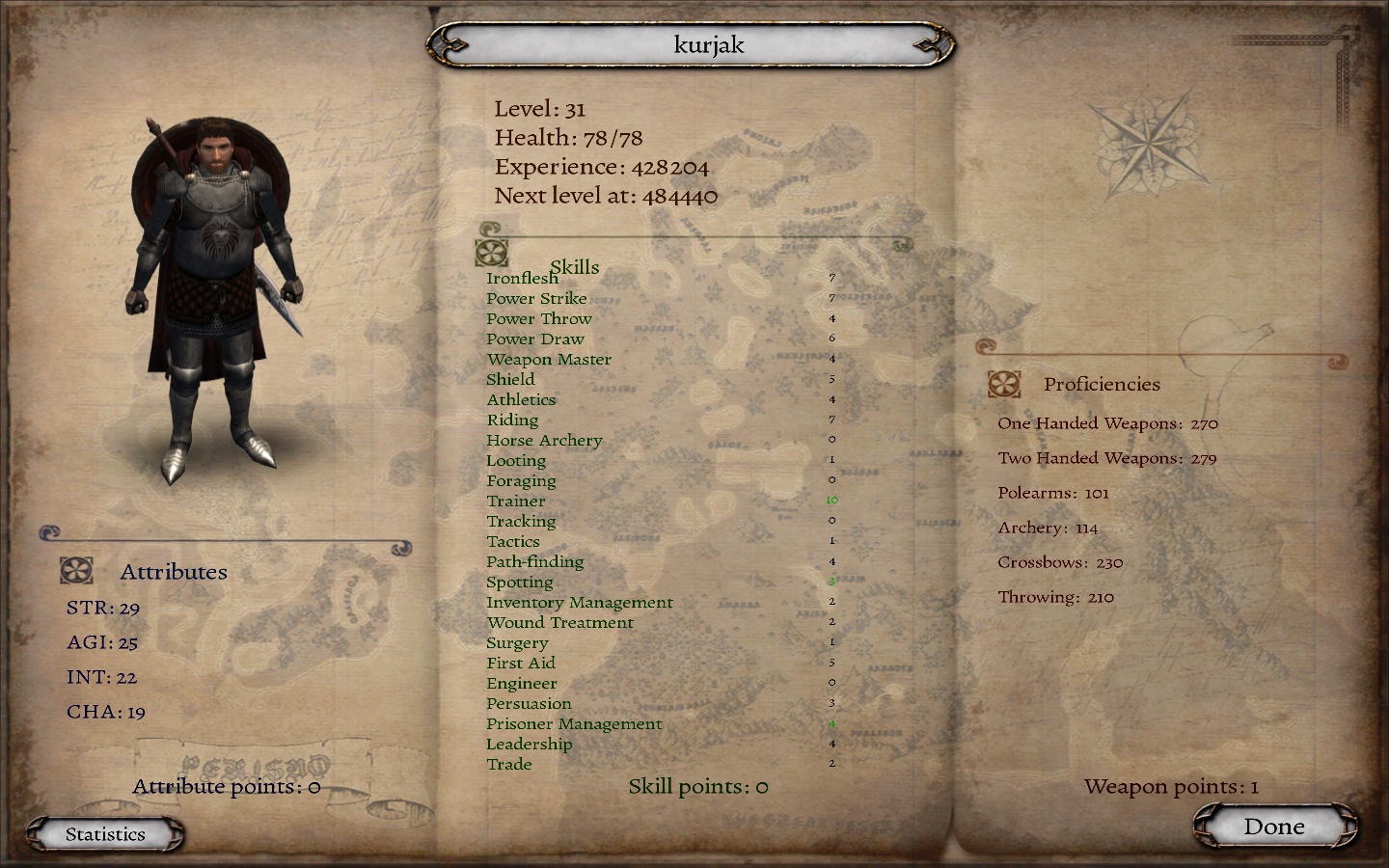 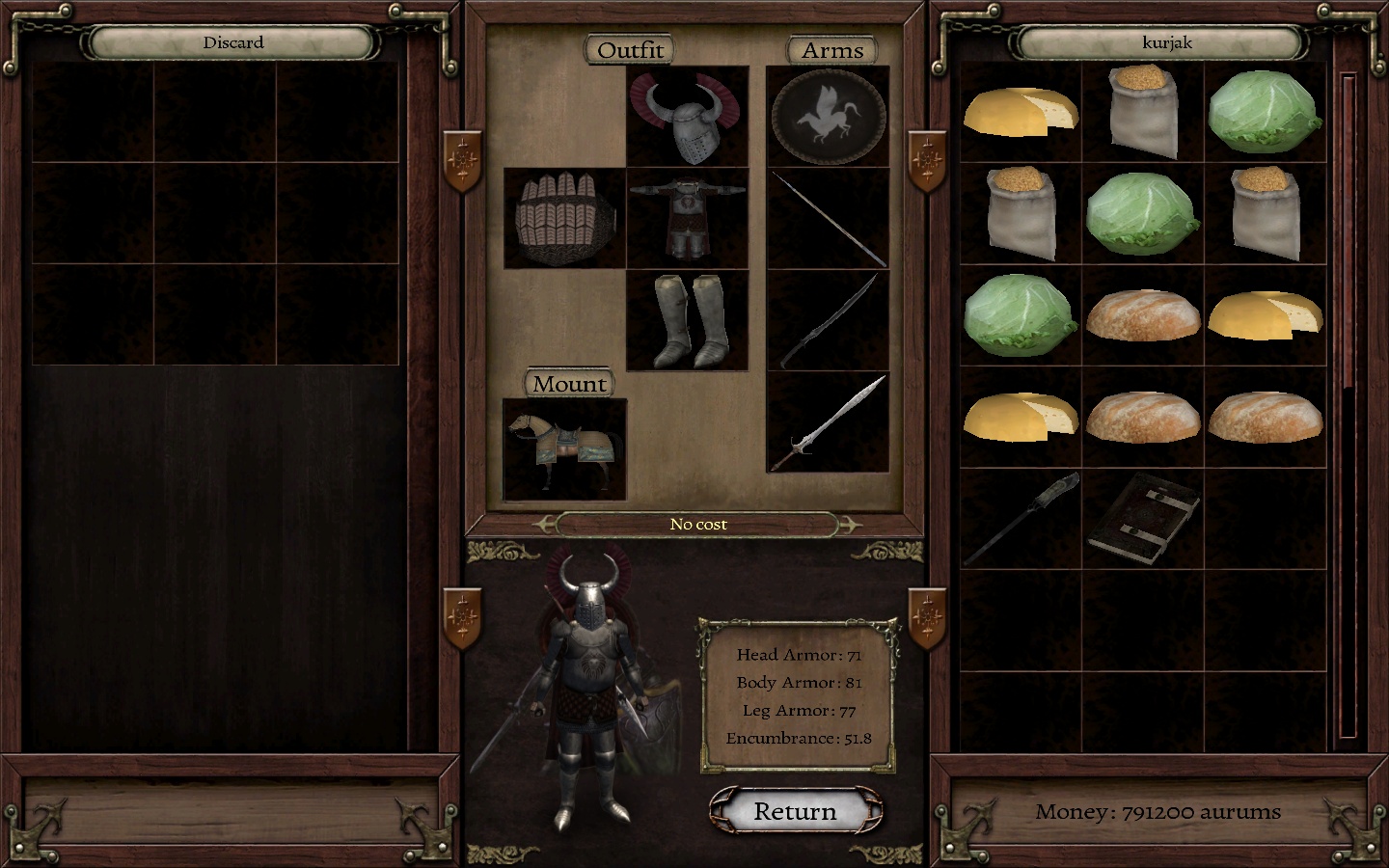 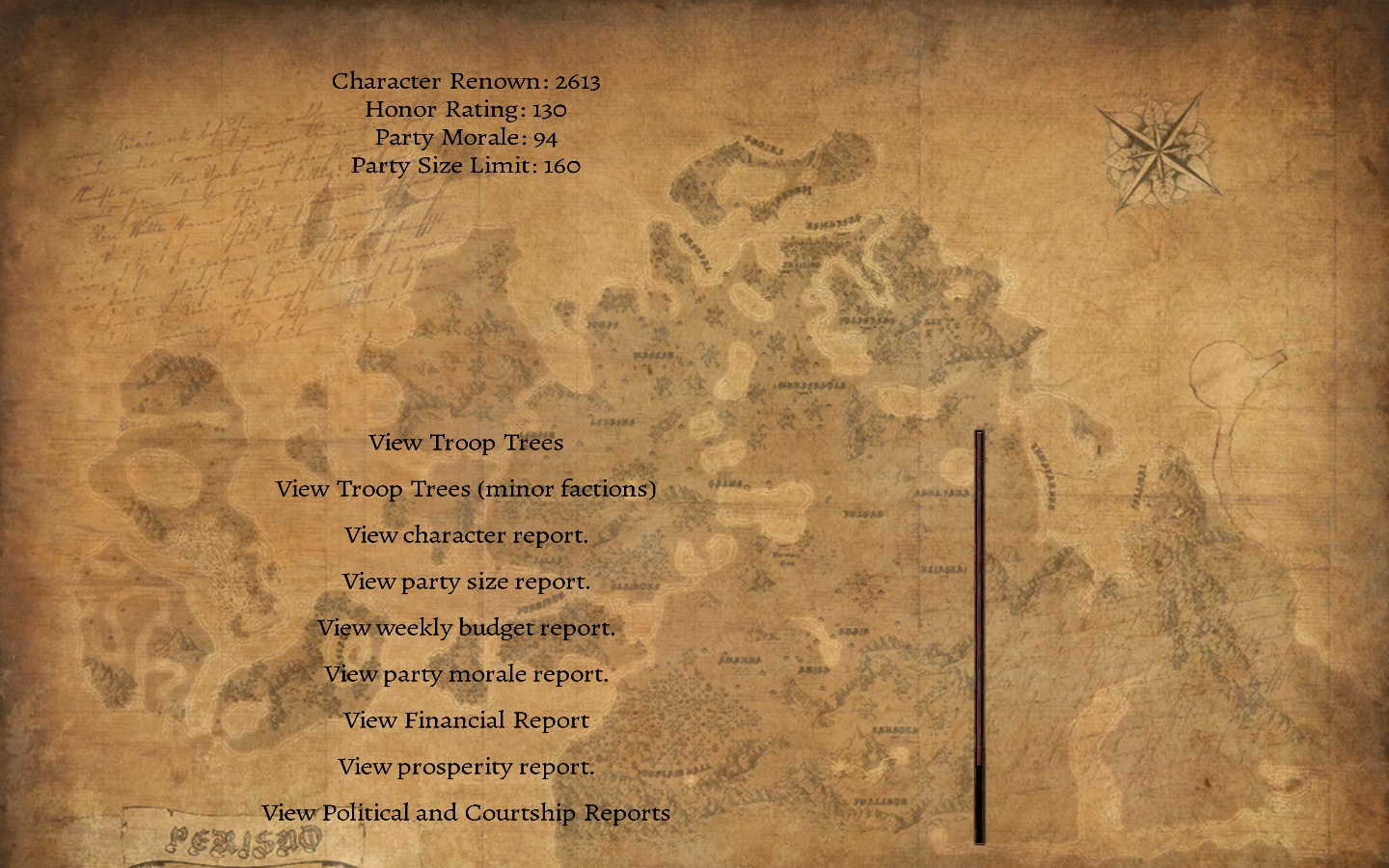 (sry i dont know how to upload images properly)
If anyone read through my whole rant thank you for your time, its much appreciated

What an interesting turn of events. I've done relationships errors as well, so I know how surprised/disappointing you felt.
You must log in or register to reply here.

In Progress Bug/feature cause by changes to 1.80 beta and armies disolving.