Having some issues with pre-battle deployment UI

Hello,
I am trying the new pre-battle system, unfortunately I am having some issues.
I played a couple custom battles first: Spearmen without shields and infantrymen with shields 75% + Archers 25%.
Tried to separate the spearmen from the "swordsmen", I selected 2 formations with Swords on top selection menu (infantry) and used the preference for shields (the swordsmen) for one formation and polearm (spear?) for the other formation, but it kept mixing up the two types of infantry and could not separate them.

For the archers, it was easy to split them.
So, so far splitting works fine, separating different units from a single group...not clear. 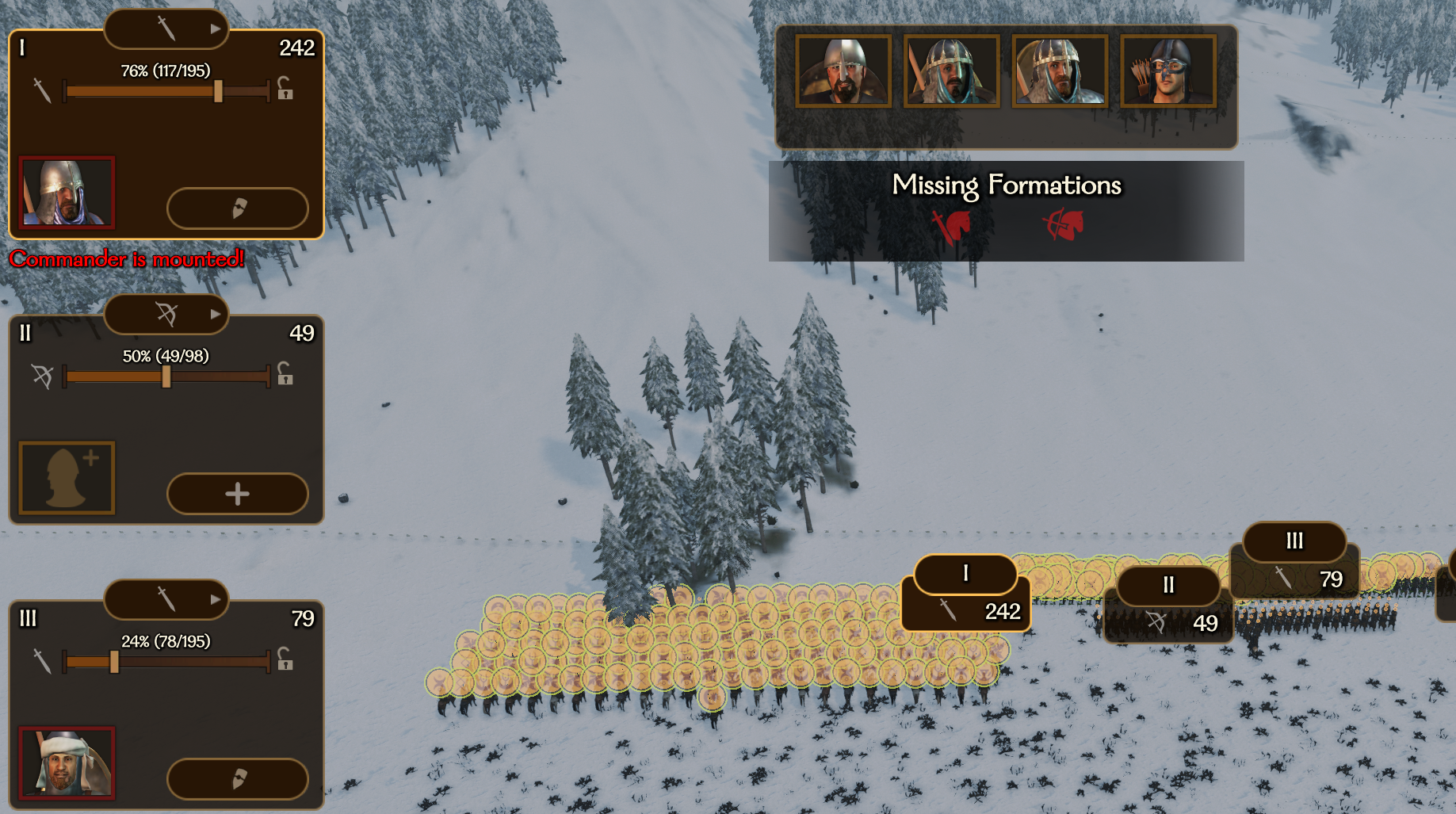 Even though the new UI is a great addition to the game, but it seems like it needs some work.

Also, the mouse wheel is inverted, it's backwards and as far as I can tell, there are no hotkeys to fix this issue. Only savages have the mouse wheel backwards like this!
You must log in or register to reply here.

Control/play battles of your other parties on map

Can we please get an alternative to "governor perks"?
2