Goodbye Mexxico, Thanks For Everything! (Mexxico Leaves TW. Tribute Post)

That time we hoped would never come, has arrived. Mexxico’s time at Taleworlds is coming to an end on August 1st after many years working for the company since 2009 and it was only right that we not let the man go quietly into the night without raising our cups (or skulls if you're a looter) in his honor.

So I propose a toast, to Mexxico!

Since getting into this franchise at Early Access, Mexxico stuck out to me as a leading figure whether it was from his old dev diaries and forum posts detailing lofty ambitions for Bannerlord, his constant and responsive engagement with players solving huge games issues like the snowballing thread, raising player suggestions & issues to the team that aren’t even in his department, or one of his more recent heart-felt posts bringing his feelings to the table on this EA experience.

Mexxico has brought a level of realness and honesty to the table during Early Access that I believe is quite rare in EA games of this size and it really has been heartwarming as a fan of this franchise to see his efforts in public, towards the forum community and how much he clearly cares about his contribution to this game.

It goes without saying, he is but one man and it takes many cooks to bake a cake so it is important to acknowledge the hard and great work of the rest of the campaign team, the game designers, 3D modellers & the many other developers in the background that just get their head down and make everything else possible.

It is also clear to see though, Mex’s passion for the game coming through in his many posts and frank conversations with the community and he has no doubt gone beyond his role contributing to the game AND community health in many cases and for that, we thank you.

It is very clearly a big loss for TW losing someone of his experience having been at the company for 12 years, but we have also seen there are some other devs that have been active recently and we hope you guys can continue to carry Bannerlord to the finish line and beyond.

Whatever direction you go in next you have our gratitude, Mexxico.


**Update**
Mexxico shared a large collection of images and memories of his time at TW. Link below.

Mexxico! Thank you for being so engaged with the community during this EA period. Your efforts shined a bright light during a dark period and your contributions will be dearly missed. Best of luck in all things!

Mexico. Thanks for all the heart and hard work You putted into Bannerlord. It was like a breeze of fresh air when You engaged in the forum to discuss and explain certain aspects of BL and I hope that TW appreciated You for all of this.

Good luck on Your future plans. I hope You'll still write on forum from time to time just so we know how You are doing ?

Thank you Mexxico, making singleplayer playable and enjoyable (for me at least) and for your hard work. The things you do, big or small, have affected the game in every positive way. I wish the multiplayer portion of Bannerlord was entrusted to someone as knowledgeable as you. but then the single player portion of the game would be in bad situation than what we have for now. Also i wan't to thank you so much for what you've done in Warbands multiplayer.

I would be happy if you could share something (twitter or etc idk) where we can hear from you and your next project.

Best wishes for the future Mexxico, I hope your dreams come true. Thanks for all your efforts coding, explaining and balancing the games hidden mechanisms.
Last edited: Jul 26, 2021

Never really followed SP development but your contributions and communication have been very visible even to me.
I really hope someone else will be able to step up and fill even a fraction of the gap you're leaving behind.

All the best wishes for your future, wherever you might go. Thank you for your efforts, we appreciate them a lot - more than is often shown throughout these forums.

Thanks for really caring about the game and engaging with the passsionated community to make it better, may fortune favor any of your future endeavors Mexxico!

Forever in our hearts 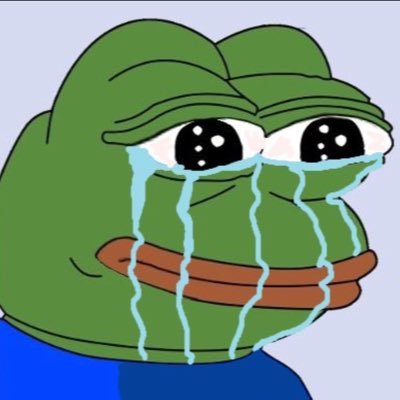 mexxico said:
Probably its good I stop codding in last week especailly at these complex parts. Because if I do something wrong I will not be here to fix it. So time is up. In my last week I will try to prepare documents about AI & campaign codes to help collegues in future development. So no need to send savegames to me anymore.
Click to expand...

Thank you for everything mex, your passion and skill made bannerlord much closer to what players want and that's a debt we could never repay. I wish you the best and can't wait to hear about what's next for you. I'm going to miss our interactions, but I'm more happy for you to be able to move on to bigger and better things than I am sad. Truly, thank you.

Thanks for all the hard work you've done for the community, actually caring about the game and the community and everything else mexxico! Really glad we met

Better luck with your next job, Mexxico. This must have been a long depressing experience.

Good luck and thank you for all you did for Warband and Bannerlord. You are the best!

Actually even I am freeing myself after 13 years of working I am really sad because of losing ability of helping that many players here. We become like friends with many of you. We even made tables examinations with players here like we are all working at same studio. That make my dreams partly come true. I wanted to create games which is played by lots of players since I was 10 years old, first made board games from cartoons and played it at neighbourhood, even I was taking about something equal to today’s quarter Euro from each child playing that board game to cover cartoon expenses. Then learnt coding and things become easier.

Game development is a different job which you can interact with your end users easily. More interaction yields better gameplay. You also need to be one user of your product. These are the only real formulas to create something succesfull. You do not have to do everything players want but you have to discuss with them. Sometimes I could not go into deep discussions because of language barrier. Still even after these years my English is not good enought to discuss some complex game mechanics. We did as much we can do.

Even you change something small sometimes you can get really good feedbacks. Its one of the most satisfying jobs a person can do. Also actually I believe you overrated me here. Even I did not do that much you always appreciated. I am really glad for this I did not deserve that much love. I could not solve some of your problems. Sorry for remaining problems. I hope team will solve them.

I am sad I could not see end of EA and join a release celebration with team. Because of covid I could only see collegues several times face to face (not in screen). I see 2 securities of office everyday only. Life is not that long. I already spend 13 years. I want to give some break, visit and travel different places free my mind spend time for hobbies learn new things for about half or one year and then create new projects which I have more control over. I do not want to pass time looking to a computer screen for a time. Life is valueable. If I do new projects in future of course these will be indie projects do not expect something big but I can guarentee good gameplay.

I do not want to lose contact with you. Thats not related to only projects. We can share thoughts about politics or other topics where to find good camping area or a good hiking way or any other issue. I want to get in contact with you like one of your friend. You can add me at Instagram (username : cocojobo) and you can ask anything anytime you can see places where I am living, camping, hiking etc. If you visit Turkey I will be at Sigacik / Seferihisar mostly at summers and september you can even come visit we can eat tasty Aegen sea fish together and drink raki (search this). However if you want to get only information about future projects you can send mail to [email protected] just write “I want to get informed” so I can send you information when one day (maybe 1 year later) something new is developed.

Thanks for all your help, feedbacks. You created Taleworlds. From first day Armagan posted about his idea and demo you backed Mount & Blade project and him. Thanks for all. I really appreciate. You also created different modes and different gameplays without any expectation these modes incresed replayibility of M&B games. Also thanks to all streamers for example @Flesson19 look his huge efforts : https://www.youtube.com/channel/UC21LLTJWJR0NvSfhJjbsd2A/videos

I will be here and post here some photos from these 13 years in next days.

Wow Mexxico excellent post just hope you can enjoy life to the full, everyone deserves that. Time spent with your family is the most valuable time you can ever have. All the best for the future.

You are and were one of the best bridges between the developing team and the community. Your work and honesty is and was most welcomed, so yes, you do deserve all the praise for that work, and we're greatful you for that, even if you believe you didn't do much.

Enjoy your free time, you truly deserved it. Best wishes and good luck for the future!

Thanks Mexxico! Your humility suits you and I wish you all the best in future endeavors. Employers will be lining up for a passionate employee such as yourself. Not to mention the fact that you’ll come with a personal fanbase. My tip: Dont lose the momentum. Take a break, but get back in the saddle as soon as possible. There’s an old saying: You’re only as good as your last job. Capitalize on that!
Best of luck
You must log in or register to reply here.

Thanks TW for the mods!

The High King: Aeril or Uthelhain?