I just found this gem: 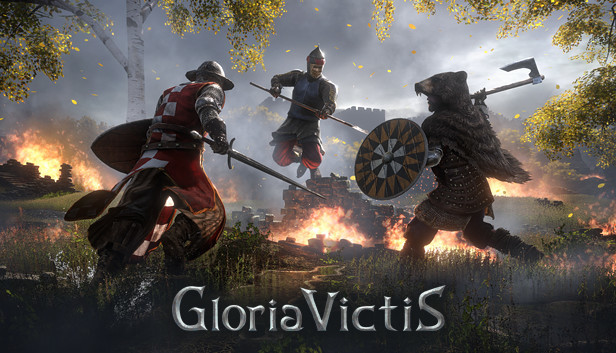 Save 60% on Gloria Victis: Medieval MMORPG on Steam

Gloria Victis is a MMORPG with an emphasis on realism, set in a low-fantasy medieval open world. Enjoy MMO with skill-based non-target combat, open PVP with territory control, deep crafting system and player-driven economy – all that served with beautiful graphics and immersive atmosphere.

It´s a skill based medieval PVP mmo but with a small scale (500 player each server is the goal). If you always wanted a mmo that is kind of Mount and Blade you might check this game out. The combat system is very close to Mount and Blade, gear/level is not really important. It´s really all about pvp battles but also has crafting (economy is completly player driven accross all servers) and some pve (don´t play it just for the pve, it just exists like some stuff in Bannerlord).

- no monthly subscription fee (cashshop is not pay2win, there is no "buff" stuff you can buy in the cashshop)
- level/gear is not really imporant, max level can even be achieved in a few hours i believe, best gear can just be bought from the auction house or crafted
- the world is kind of small for a mmo which is good in this case
- pve exist but won´t keep you in the game, also some pve stuff is kind of "janky"
- game is developed by a "real" (unlike TaleWorlds) indie company, they just bought a motion capture suit for better animations
- there are no skills/classes in the game as you expect from most mmo, just the Mount and Blade like combat system, you have perks that you can choose which will make you a better archer or shield guy or 2h guy, but you can use every armor and weapon any time, not as effective as a player with the "right" perks for it
- game is in general kind of generous, you can get a mount as a level 1 player without any gold (mounted combat is also a thing, as in Mount and Blade)
- the community is small and not cancer
- 3 factions so it´s kind of balanced, on europe there is at least no faction that is steamrolling the other ones

So if you´ve looked for a Mount and Blade MMO this is the closet you can get in my opinion. This game won´t be the next WOW killer mmo or anything close, but I believe it´s good enough to keep a stable player count. It´s in EA right now but should be released this year.

Well it is in development almost as long as Bannerlord: https://www.mmorpg.com/gloria-victis and Steam review are mixed.

It's a fun game but definitely NOT a skill based game. You can use keybinds for any pvp-action (attacking, blocking, chambering and so on...). Players that use keybinds are superior to mouse-players. Keybinds won't make as many mistakes (in fact no mistakes at all) compared to mouse users that moved the mouse not fast or accurate enough. Therefore it's NOT skill based even tho gloria-victis-devs love to claim it is. Players are asking the devs for a long time now to remove keybinds - however they don't want to. All of the top players are keybind-users and even they don't claim that it's skill based.
You must log in or register to reply here.

Today at 8:33 AM
MArdA TaleWorlds