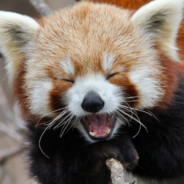 My player Matrona will not active at tournament cause of vacation trip. I want to replacement Matrona to Poer who is sign up at reserve players.

Pretty sure it works so that the person on top of the reserves list gets the spot.

Ashhh said:
My player Matrona will not active at tournament cause of vacation trip. I want to replacement Matrona to Poer who is sign up at reserve players.
Click to expand...

This is exactly why we got such big rosters. For less active players. 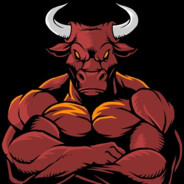 Both transfers accepted and edited.


We're still in need of the ID's of the following teams:

Make sure you have atleast 8 ID's registered before your first official match!

We know that indecisiveness is a bad thing as an admin team, but I ve made a mistake, not consulting the other admins in the first place and ultimately came to the conclusion
that the trade was unfair. There is no match this week and theres still roster transfers going on, so we believe that this reverse of the trade doesnt mess anything up.(+ we reversed it the day after)
When I accepted the trade because I was ignoring the team inbalance rule, if the trade was suggested without azorekt wanting to quit the tourney it would ve surely been
denied, which it should now as well.
Saying that shovenios team offered better players isnt 100% legit because looking at Ritas team, what she needs is Cavalry which jakhline is and mynes wouldnt fix any problems
Ritas team has so it would still be an unfair trade which she didnt want.

Azorekt has been an issue before the tournament even startet and besides that openly announced that he wouldnt play in the team he was drafted in.
This attitude is the last thing we need on a fantasy league, obviously saying that someone dislikes his team is common, but saying that they want to be replaced or entirely removed is another thing.
This should definetly be punished and not rewarded through getting an unfair trade, thus being able to play not just in a more comfortable team but also a way better team than his original one is beyond
undeserved.
We had inbalanced trades on the mercs tournament which happend because of people crying and then end up being rewarded with way better players, finally leading to people who didnt cry ending up with the worse teams.
If we accept this trade we might be forced to accept even worse ones in the future otherwise we would just treat captains differently which we dont want to.

We decieded that azorekt will be replaced with adek and thus removed from the tournament.
Click to expand...

Why Adek? That makes zero sense, he will not show up either. Elwaen is on reserves, we'll gladly take him instead.

Please take it to steam if you have these type of questions. I don’t want this thread to be flooded with discussions and having to clean it up again. 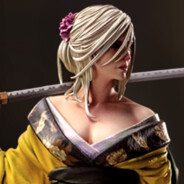 Due to Adek not replying, a new replacement for azorekt is needed.
Ritas team desires elwaen, and since there isnt anyone else whos signed up, azorekt is replaced with elwaen from reserves.

Hello, My player ONeil has some problems about internet he couldn't play for this tournament, He wants replacement and i'll do. I want to do replacement ONeil to Sean.

Team HOMOFLOW:
due to inactivity,
Meraxes replaced by JingeKing
and
Akuma replaced by Duck
Last edited: Aug 19, 2022
You must log in or register to reply here.