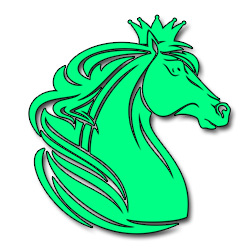 It is imperative that captains gather all the necessary information from their players so we can display the rosters here. Please submit a team name, banner and a list of players including all IDs here:


Code:
Note: if there is no second ID please keep the placeholder.


For team balancing and improvement of team synergy we have decided to open a transfer window until 07.08.2022 - 23:59 BST that allows captains to trade players within the transfer rules outlined as follows:

When doing transfers please take into account the wishes and needs of your players. You are not helping anyone with transfers that leave a player unhappy and unwilling to play for your team. You can potentially harm your team with unwise transfers.

Please use the following form to request a transfer: 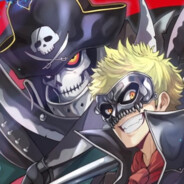 "I will not withdraw, so long as those banners still wave in the wind!" - Grandmaster Jean de Valette, Knights of St John, Siege of Malta, 1565. "The wounds of honour are self-inflicted" "There will be times where we are powerless to injustice, but there must never be a time when we fail to... 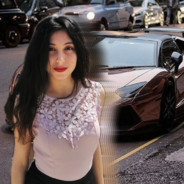 All updated. If there's any changes, please make a new post and do not update your old ones, I won't see it. If there's anything incorrect let me know here or on steam. Thanks

Transfer news
Transfers are allowed as of now. Before thinking a transfer is immediately done, keep in mind that the admins need to approve it! All the transfer rules are in the first post, so is the code to post them with.

Good luck to all teams, and especially, have fun!

Done, please make a separate post once you find the other IDs. I won't be looking back at old posts unless notified.

Rita said:
we remove azorekt and get elwaen
Click to expand...

This trade offer was talked about and agreed on earlier on steam/discord, sorry.

I miscalculated so possible azorekt can replace me

Forgot the NW team I'm in has a league starting this week.
ILL CONFIRM LTR IF ITS SO

Keep your captain up-to-date, he'll ask for a replacement if needed.

Yeah just thought I had to say something on this, basically what happened is me and Rita had a talk and was before he was officially kicked off the tournament, which means I spoke to admins as me and Rita spoke of a trade with Jakhline and Azorekt.

Rita wanted Jakhline for Azorekt so it’s nothing about this or that it really is just about she wanted that specific player and we didn’t mind taking Azorekt.

Also Jakhline was bought for a ridiculous price he is defiantly worth far more so I would say it is fine as Rita was happy with it as she got the player she originally wanted and Jakhline himself was fine with it.

Not to mention in the whole picking I had no time to ever form a strategy for a team (even tho people knew mostly what I want). But no time to prepare on that matter whilst others had atleast a month me to think. Let’s keep this just to what the thread is meant for I just thought to say it so everything is cleared up!

We know that indecisiveness is a bad thing as an admin team, but I ve made a mistake, not consulting the other admins in the first place and ultimately came to the conclusion
that the trade was unfair. There is no match this week and theres still roster transfers going on, so we believe that this reverse of the trade doesnt mess anything up.(+ we reversed it the day after)
When I accepted the trade because I was ignoring the team inbalance rule, if the trade was suggested without azorekt wanting to quit the tourney it would ve surely been
denied, which it should now as well.
Saying that shovenios team offered better players isnt 100% legit because looking at Ritas team, what she needs is Cavalry which jakhline is and mynes wouldnt fix any problems
Ritas team has so it would still be an unfair trade which she didnt want.

Azorekt has been an issue before the tournament even startet and besides that openly announced that he wouldnt play in the team he was drafted in.
This attitude is the last thing we need on a fantasy league, obviously saying that someone dislikes his team is common, but saying that they want to be replaced or entirely removed is another thing.
This should definetly be punished and not rewarded through getting an unfair trade, thus being able to play not just in a more comfortable team but also a way better team than his original one is beyond
undeserved.
We had inbalanced trades on the mercs tournament which happend because of people crying and then end up being rewarded with way better players, finally leading to people who didnt cry ending up with the worse teams.
If we accept this trade we might be forced to accept even worse ones in the future otherwise we would just treat captains differently which we dont want to.

We decieded that azorekt will be replaced with adek and thus removed from the tournament.


Bratan -> mielonka
You must log in or register to reply here.