Europeans aren't the only xenophobes.

jacobhinds said:
Europeans aren't the only xenophobes.
Click to expand...

Well I found it very hard to find any info on the authors.

The images themselves were digitalized by the Waseda University; jacobhinds said:
Europeans aren't the only xenophobes.
Click to expand...

Well I found it very hard to find any info on the authors.

The images themselves were digitalized by the Waseda University;

The authors remained anonymous, as did all but a couple of woodblock printers (allowed them to escape scandal or political controversy in their work). But it's fair to assume they were made in Japan by Japanese artists.

Although van Gogh and Monet (and the entire Art Nouveau movement) incorporated elements of Ukiyo-e into their prints, nobody outside the archipelago ever copied the style or techniques for themselves since they just couldn't be bothered.

Similarly, the Japanese liked some of the techniques used by Dutch painters, but never bothered replicating them.

So why are they not farting on westerners then? Too edgy perhaps?

PinCushion said:
So why are they not farting on westerners then? Too edgy perhaps?
Click to expand...

They are, it's just that the artist hasn't made it as blindingly obvious as other artists who would give them bulging blue eyes and ragged red hair. They're mostly farting at other Japanese people though.

Hm. Could you point out the western dudes?

It looks unfair on first glance, but if you look closer, you will realize he knows kung fu.

Is she wielding a spool of thread on a stick?

Looks like a ornate flail attached to a padded cushion.

The attachment is long enough to hit her own fingers. Seems somewhat impractical. Spool of thread is much more useful in a combat situation.

Haha, I just imagined a medieval woman hiding a mace in her threading cushion for protection, would have been quite a surprise

It is actually a threading distaff;

For some reason, really prominent in imagery depicting violent women;

I believe it is the medieval equivalent of a woman beating a man with a frying pan or some other appliance that is traditionally connected to a womans role.

PinCushion said:
Hm. Could you point out the western dudes?
Click to expand...

Thing is, they're all wearing Japanese clothing so it could be any of them. This was drawn before most artists had access to Europeans so they probably just winged it

Maybe I have just a simple humour but when I went through a roll of arms from 1480 (Conrad Grünenbergs Wappenbuch) yesterday and stumpled across this I had a good laugh:

It's the coat of arms of the Counts of Celje.

There are other great pictures in the book like several noblemen's coats of arms depicting the french tricolour (including a suitable helmet with crest) or a dog king surrounded by his dog-court. 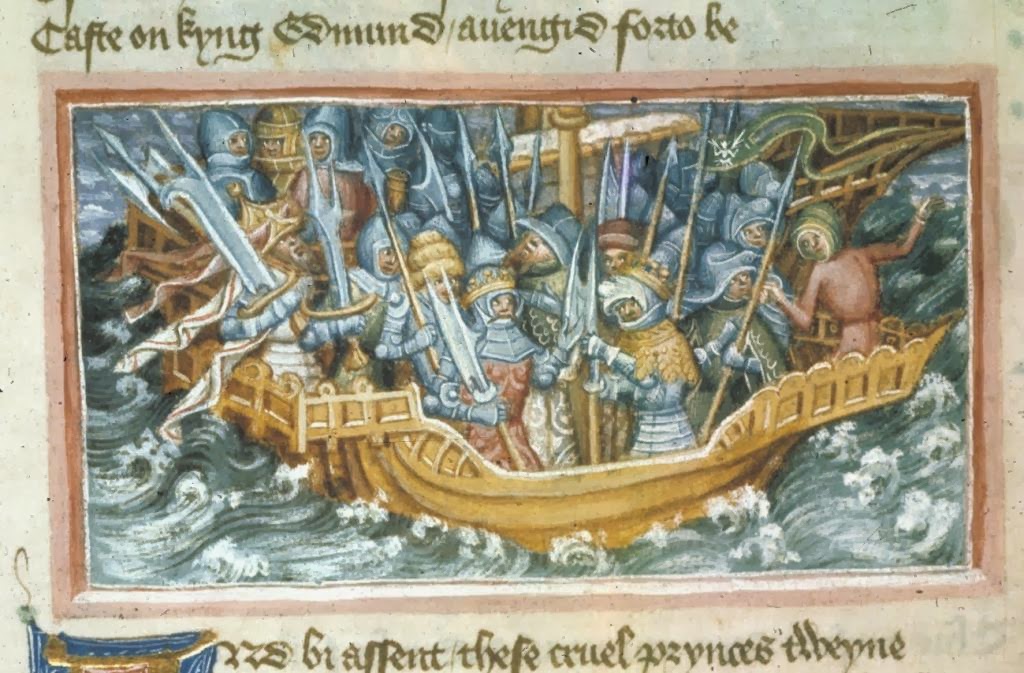 See? JRPG weapons DO have a historical basis! Hoorah! We stabbed him in the head!