Example: I have 248 troops. I notice a caravan of my faction being attacked by an enemy party with 3 other parties near it (2 different enemy factions). I decide to try to save the caravan, partially to get rid of the enemy. The final piece of this is that by the time I get to the caravan it has 24 troops left....

Enter the battle: Because the enemy had engaged the caravan I know they will come to me (I think they may also outnumber me by maybe 100 or so, but I didn't really pay attention to that). So I decide to wait near the spawn point with my troops so when I get reinforcements they can immediately be useful. The caravaners? They immediately go charging off after the enemy force of at least 200 & I'm guessing more than 300 with their 24 brave (or stupid) troops. I watch for a bit as the enemy mows them down before coming to me and I engage them. End of battle I have 5 troops killed and 13 wounded. The caravaners have 15 total killed/wounded and 8 fled. 1 actually stayed in battle until the end (Part of the reason why I took so little damage is because its on the middle (easy) setting, part of the reason is because I have high level troops (over 50 legionary and more horse troops than anything else).

Anyways, my point is this. If the 24 troops were by themselves, they would have taken a defensive posture. If I am with them, why don't they either take a defensive posture near the spawn point or stay near the largest friendly party (whether its attacking or waiting)? I've noticed very similar posture when fighting with ally parties. If we outnumber the enemy, even the smallest party will go charging after the enemy. At times I've saved the bacon of a party or even larger army and they would lose without me. But instead of deferring to my strategy they will go get close to the enemy, but then sit back and attack it with archery (I find this annoying because while I have decent archers, its not my strong point and I always feel like they are saying 'Go attack them and lose your stuff. We'll sit back and watch'). Meanwhile, my party is taking unnecessary damage while my best troops sit and do nothing. If I attack with my infantry and cavalry the other friendly armies don't join the attack, they continue to sit back and toss a few arrows in. In addition, because I do try to wait until my allies engage before I do, if I engage with them and the enemy is getting destroyed, all of a sudden I will look around and notice my allies have pulled back their ground forces and are just watching me again. I understand that if your ground forces are 'getting weary' and depleted its good strategy to pull back and wait for reinforcements to arrive, but when 80% of the kills are the enemy, there's no reason to pull back. Keep fighting until your reinforcements arrive. When my ally armies pull back and I keep fighting (because I didn't notice) the kill percentage could easily drop from 80-90% to 50-60%. Yeah, we might still win, but my losses increase substantially.

As an alternate suggestion, I suppose you could have a loud ping of some sort sound and maybe a message in bright colors and large letters say your allies have called for their troops to pull back and regroup. If its just a normal size message, even if its brightly colored, I likely wouldn't see it since I am focused on the enemies I am fighting.

Amusing. This thread was moved from technical support to suggestions yesterday. Today it was moved to general discussion. I do agree with moving it to suggestions. Tbh, I didn't realize there even was a suggestions section. Not sure why they moved it here though. 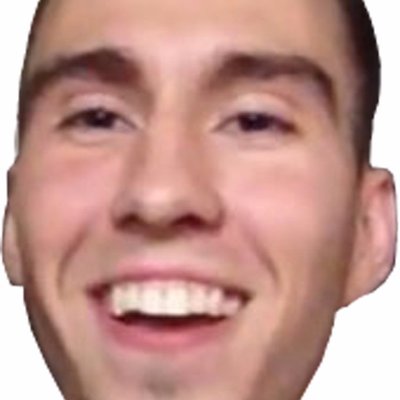 I think the problem lies in 2 factors:
1) the spawn system of allied and enemy troops.
If with our troops we go to help someone who is fighting, in theory we should spawn on the edge of the map and go to help whoever is in the center of the map and find him already in combat.

If instead we were in battle, the game should still continue the time of the campaign map with a scale factor (for example 10 times slower), and in the case manage the arrival of reinforcements according to the movements of the parties on the map. campaign and let them enter from the edge of the map from which they are supposed to arrive.

This factor already, in the case of the example set by you, would mean that there would not be this "inconsistency and inconsistency" between the situation before our arrival (caravan already under attack) and after our arrival (caravan and assailant are not in combat although the caravan has already been attacked) resulting in idiotic behavior of the AI sending the men of the caravan to slaughter.