Here are some commands that will make the battle management easier to control which helps us focus more on strategy than focusing on clicking on the right spots. Similar to the commands your allies give to you when you're in charge of a portion of the army.

my main suggestion is that we make the ally troops AI smarter so that they understand complex commands instead of being micro managed.
of course, there should always be the option for micro management, but these features should be added to reduce it when possible.

Army formations
Line Formation ( puts everyone in the classic infantry line, archers behind, cavalry protecting flanks. )
This is what the current line formation looks like: 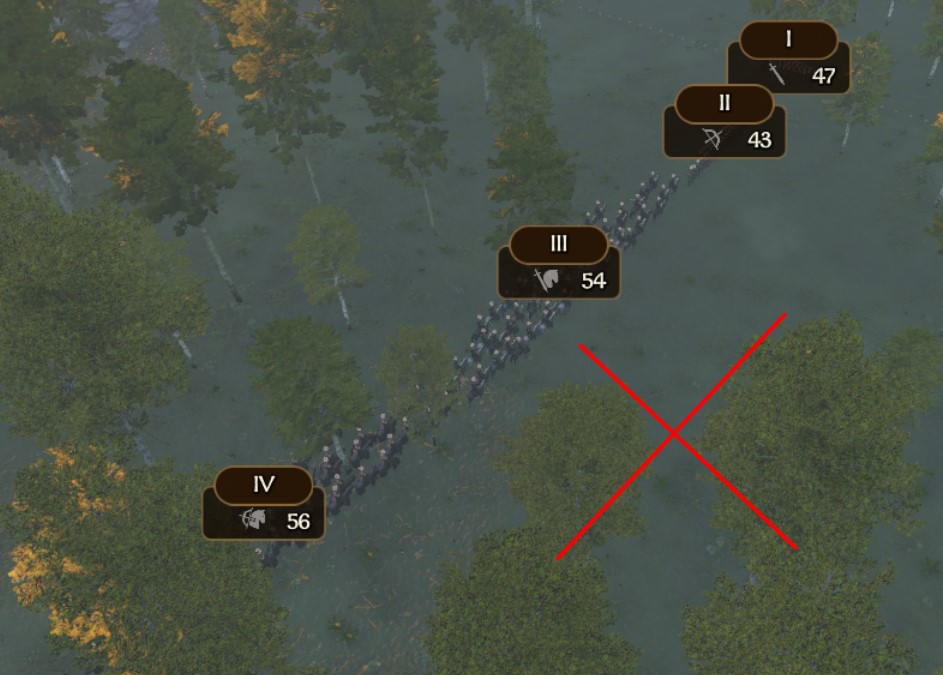 This is what the whole army line formation should look like

Circle Formation ( Puts infantry in a circle and archers inside. Not sure about horses... maybe just have horses hold nearby until a specific order is given)

This is what it currently looks like if you command your whole army to form a circle: 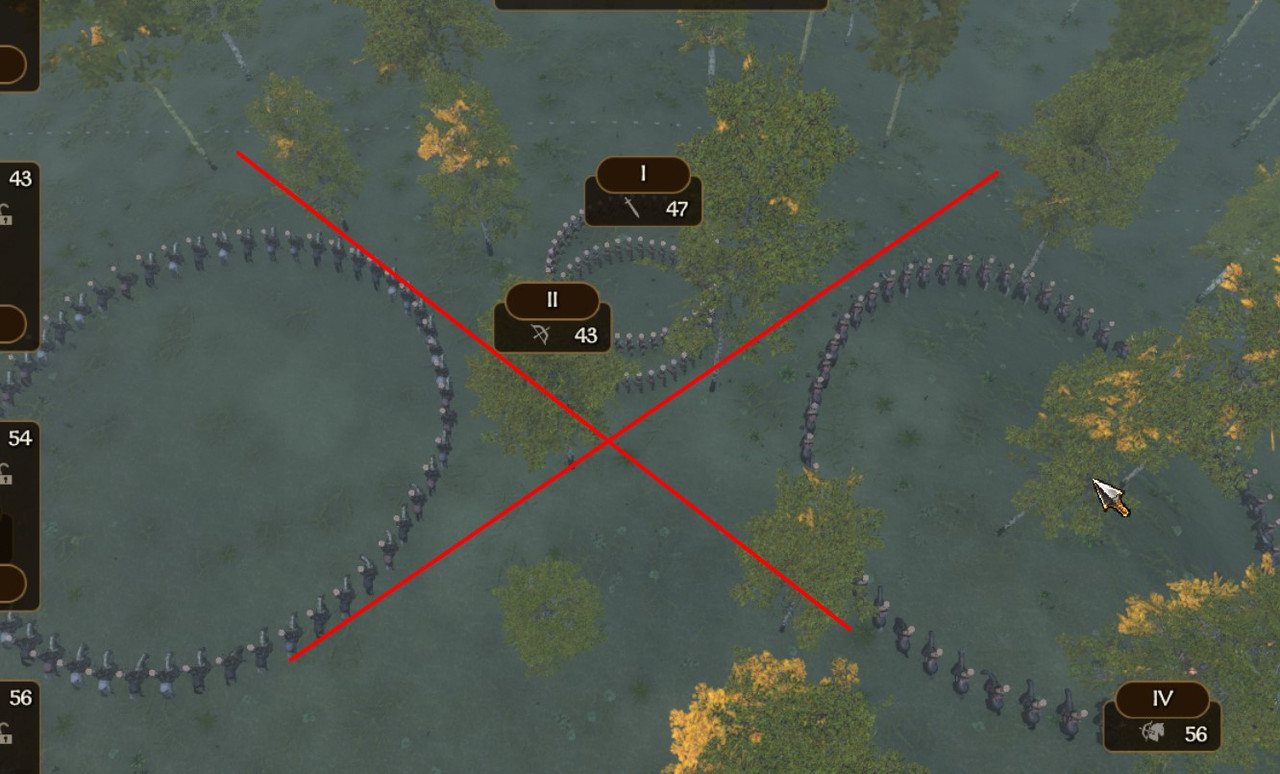 This is what it should look like if I ordered my whole army to form a circle. 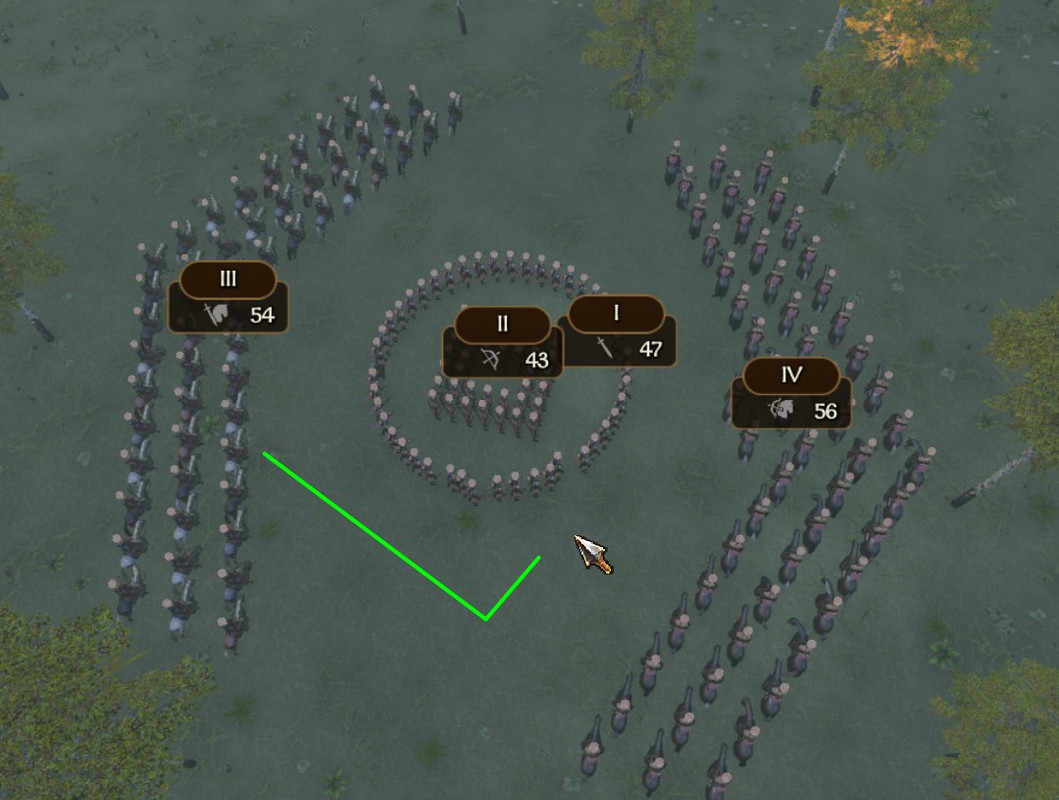 Square skein etc, you get the point. whole army commands should be different from unit commands.

Field Battle Suggestion #2 Army should keep formation
Another issue is even when I put my army in a formation manually, they lose their formation when I order them to move or face another way.
This is an image of my line formation army (Above image) after I ordered my whole army to face a bit to the left:

It should be so that when I order my whole army to move, face, advance, fallback, retreat, etc, they act as 1 unit and not lose their current formation. like this: 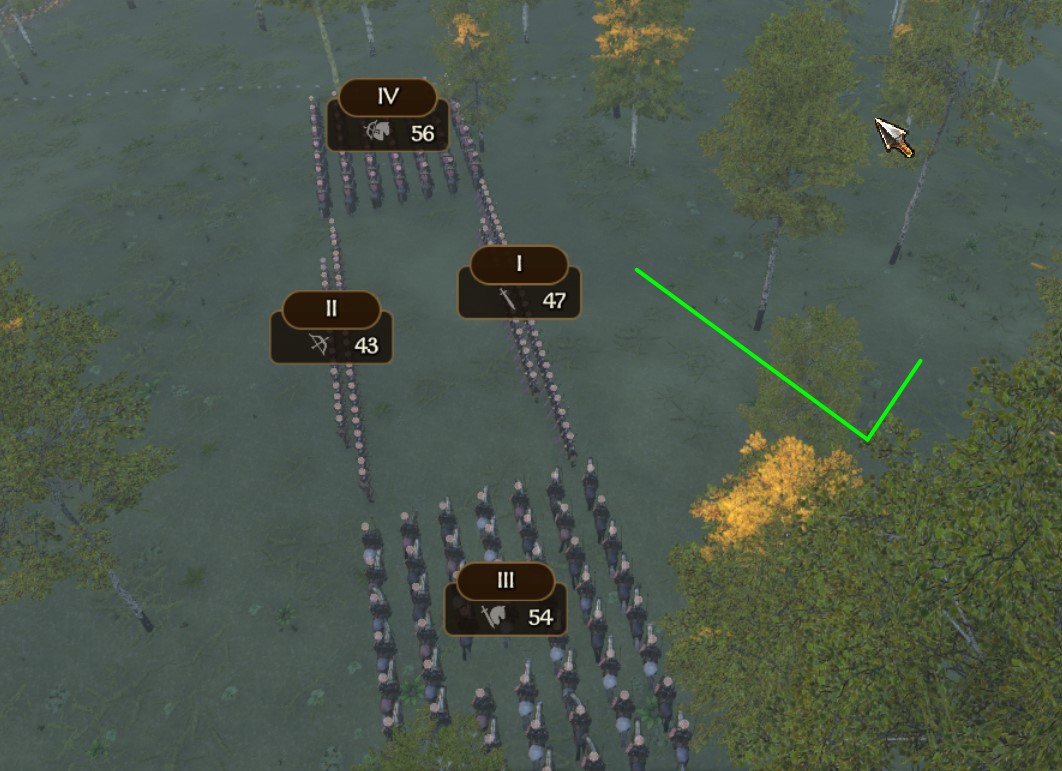 Field Battle Suggestion #3 Have orders to defend/attack specific units/formations and flanks
Defend Unit3/Formation3: so if you order your infantry to protect a ranged formation, they should automatically follow them anywhere and form a line Infront of them. or if you order your archers to protect an infantry formation, the archers should automatically follow them and try to get to advantageous positions to protect them.
Attack Unit5/Formation5: so you can order your cavalry to charge the enemies archers, or your archers to aim for the enemy's light infantry, etc.
Defend left flank: simple
Attack right flank: as it says

Note: idk if it's currently this way but there should always be some units that are not under your command, to operate the ballista and stuff.

These commands give us enough control so that we can for once lead a siege battle and not order our troops to follow their sergeants
And I know these commands are not perfect/enough, but that's all that I can think of right now, perhaps someone else knows more about leading battles.

Give us an official spear wall or a call to brace spears. Shield wall is great but not always to right thing to use. Also an option to force a javelin volley or throwing axe instead of the sporadic volleys we have at the moment they as useless.

I especially like the proposed orders for sieges. At the moment you are beter of not interfering with the ai.
Before you now it you pull defenders from the wall.
You must log in or register to reply here.