Summary: I assume this is a bug because this particular ballista is only accessible early round using cav jump. It doesnt seem to be the intention.
How to Reproduce: Using cav, jump the marked spot and gain access to marked ballista
Scene Name (if related): Fen Altai
Media (Screenshots & Video): 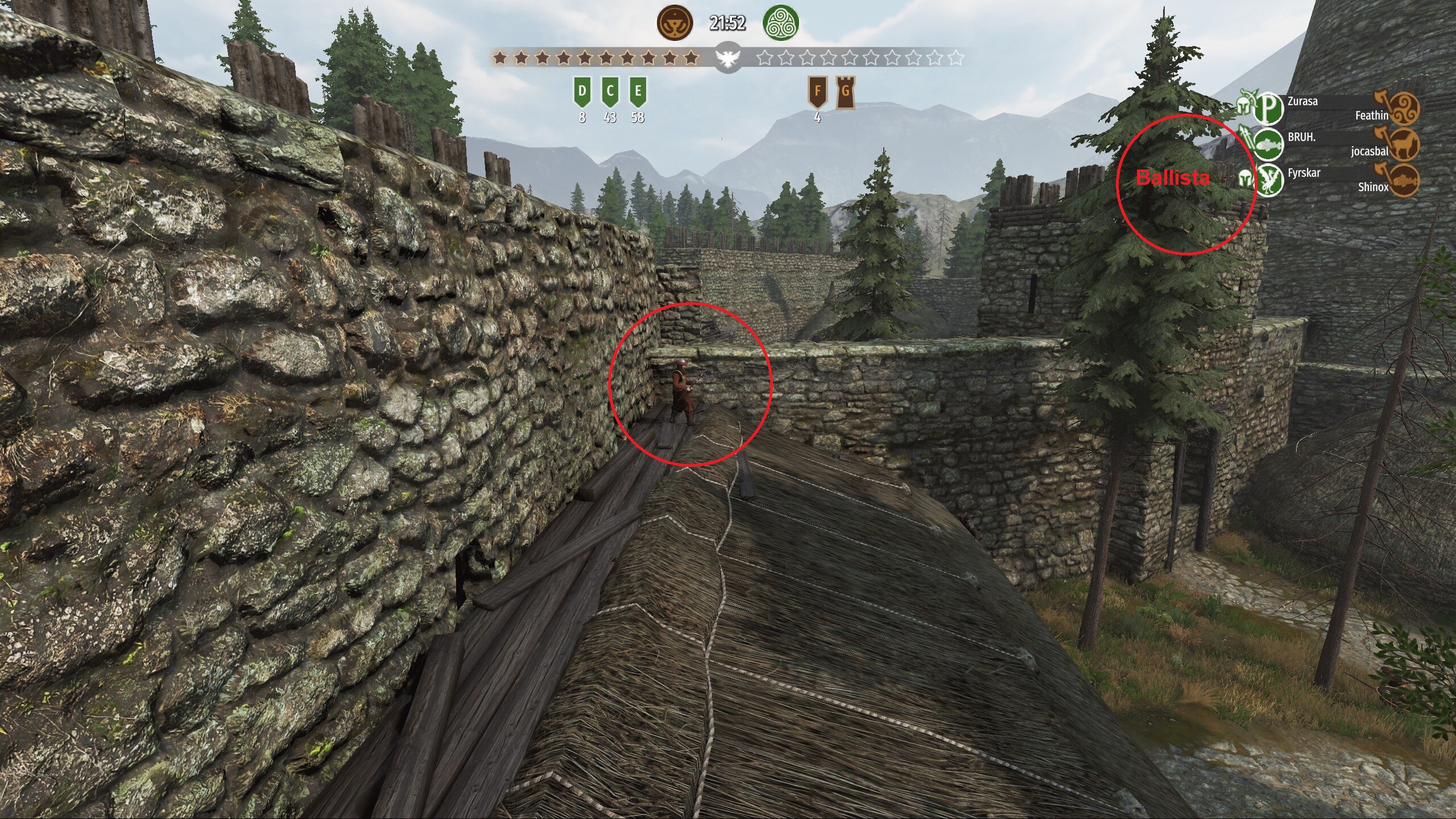 I've been informed that this is intended as in there is a spawn point behind it.

MArdA TaleWorlds said:
I've been informed that this is intended as in there is a spawn point behind it.
Click to expand...

Yes but mentioned spawn point isnt active from the beginning, its a late map spawn point. The ballista isnt accessible for defenders early either, they also have to do the horse jump glitch.

Problem is that as soon as attacker can afford a cav class, player can access the ballista and shoot defenders in the back while they defend A and B. Its 100% broken. Please either fix the spawns or fix the part of the wall that can be skipped Have a go and try perform the jump yourself - you will see that horse jump must be timed correctly to glitch the wall.

I see many people exploiting it on a daily basis, every time this map is selected, this is why the issues havent been reported - people were abusing it to grief. Yesterday I did a report on a player who did it and today Ill report every single one I see do it.

The issue is not resolved

MArdA TaleWorlds said:
I've been informed that this is intended as in there is a spawn point behind it.
Click to expand...

Id like a confirmation that this is indeed the intention from a map developer who knows how the spawns is set up on this particular map. I do not believe a second that this is really the intention. Im not sure who "informed" you and if this person really knows what she is talking about.

This is a very annoying glitch that people abuse very often. Many times I have seen the number 1 player on attacker team is the person who jumped over there with a horse and is shooting unsuspecting people in their spawns from their back.
You must log in or register to reply here.

Resolved Crash at the start of the game