I do know how that sounds, and I do not mean it that way, but this:

in my mind got immediately translated to: "Men want to commit suicide and they do so, women don't really want to die by their own hand, but may attempt to for any other reason".
I suppose I'm feeling way too cynical/misanthropical today.

Thanks for the replies, though, it answered a question I had and could answer with googling, but though of asking here for discussion's sake.

Well of course women attempt it more often, they're around to try more than once, men, not so much.

eddiemccandless said:
What makes you think that?
Click to expand...

Because the majority of people won't dig any deeper than the surface of public perception to educate themselves about such things, and that surface in the public eye about feminism now is that they are raging lesbos and entitled tumblr fatsos.

Men are also more likely to be murdered. A murderer might try to force or stage a suicide if they can help it. Every single one of your responses to me has been cherry picking something you can turn into a strawman and argue. I could say the sky is blue and you would find something wrong with it. It seems you want me to shoot dead my own credibility. Stop it.

All the things I wrote about issues for men are from statistics and research. If you have different numbers or criticism of the methods, please elaborate.
Also "to be suicided" is called murder, which men are also more likely to be, which I also wrote on the list.

Men's and women's studies is interdisciplinary and involves both sociology in general, criminology, economy, psychology, medicine etc.
There are obvious differences between genders, so it's very hard to see why it should not be researched.

What’s on the death certificate is what the coroner can find evidence for, not always necessarily what happened. Off topic regardless and it’s a small point made contentious out of the numerous other things I’ve said. There’s nothing I’ve said anywhere that points to how research should be conducted but if you can find something please share it.

I know. I'm just baffled that you're implying murderers are so good and prolific at staging suicides that it turns statistics on its head.
In most western countries men are about 3 times more likely to die from suicide.
That's a whole lot of successfully staged suicides - and you're just 'throwing it out there'. What the hell...

Sigh. Yeah it’s so ****ing hard for a group of men to throw someone out a window. Do you also believe most disappearances are people just deciding to take a walk to the Himalayas and build a brand new life with a new lover or something?

How about femenism and it's only for the fellas?

I think on the one hand we really should consider feminism as a very broad category which has gone through many different permutations in the course of its history and will continue to do so, and that we can consider aspects of it as it appears today without criticizing the whole idea. Obviously for the vast majority of human history women have been discrimated against legally and socially, been considered inferior to men mentally, not allowed to speak publicly or hold public office, own property, decided who to marry or divorce. It's only extremely recently, in the vast scheme of things, that this imbalance has been righted in some societies, and it's still an ongoing process and women are still oppressed many places and in many ways. Feminism has been the name of the movement which sought to gain equal rights for women, which arose in the very recent past. In that context I don't think it makes sense for it to be called anything else.

On the other hand, we can criticize certain ways to frame this oppression which women have faced, for example privilege discourse. This idea originated in an American context to explain how a white person might not recognize the struggles of a black person, unable to do so because of their own privilege. Another form of this is male privilege. In many ways it makes a lot of sense and can be useful to keep in mind; when you consider that as much as MLK jr. is idolized today, a Hollywood film is even about to be released about the murder of the even more radical Fred Hampton, and as much as even the most "conservative" people in Western countries consider it a given that women should have the vote, civil rights and voting rights for women did not enjoy much public support at all at first. Sorry for history lessons which everyone already knows, I only want to give privilege its due before I criticize it.

It has been taken to an absurd place where your privilege doesn't only make it hard to recognize someone else's struggle, it makes it impossible. All you can be is an ally, and it's required that you shut up and listen. Now there's no denying that can be a good idea in many cases, but I feel like even if it is true it will still be alienating people from identifying with this struggle. Not least because moralism gets intertwined with this theory which I think is the cause of what some people call the "oppression olympics"; being part of an oppressed identity group gives what you say more weight. Why I think that's a problem is not because I think it's wrong that people of a majority should consider the needs of vulnerable minorities, because that only says anything about how things ideally ought to be. What ends up happening is that differences are accentuated, drawing them up as irreconcilable gulfs where all we can do is encourage each other from each of our isolated perches. Instead, the emphasis should be shared struggle based on common interest, particularly class struggle. People aren't automatically convinced of anything, and someone who comes in good faith should be given a fair hearing and if they're wrong have it explained to them why. Just because someone has the same information as you does not mean they will arrive at the same conclusions, or that they have bad motives if they do.

rektasaurus said:
Sigh. Yeah it’s so ****ing hard for a group of men to throw someone out a window. Do you also believe most disappearances are people just deciding to take a walk to the Himalayas and build a brand new life with a new lover or something?
Click to expand...

Just so we're clear: you don't actually know any of this. It's speculation. That's fine.
It's okay to speculate, but it's very hard to have a debate with made-up numbers and assumptions.

(People vanishing and suicides are different things. Not sure why you bring that up).

cute. if you read my post with the any amount of actual scrutiny you wouldn't be asking these questions. did you read my post or only evelyn's quote? you can google 'suspicious suicide statistics' urself then ask me if it's made up.

But if you have the statistics why don't you post it?

To be clear, it is a belief I have that suicide statistics for men globally are not entirely accurately categorized and that is something for which accurate statistics can't exist. Otherwise I would've said it's a fact. Maybe this has to do with coming from the Nirvana and Kurt Cobain generation... The takeaway should be that it's violence perpetrated on men but society seems to care less because it's just taken for granted that men kill themselves more without question and anyways it's still men perpetrating the violence right? Women could absolutely have no hand in it. What a perfect perception for murderers. That doesn't detract from anything else I've said but for some reason it has spawned a flurry of posts focusing on that 1 sentence out of the other 4 I've written. But to humor you here you go:

For all those people who find it more convenient to bother you with their question rather than search it for themselves.

Anarion’s reply is a good way to further the discussion instead of bogging it down but I don’t mind a little scrutiny to fact check. I do mind an attempt to pick apart someone’s arguments and credibility.

To Anarion’s point. Feminism as a movement is trying to evolve to include men’s rights in its movement. But I take issue with it since I’ve seen evidence that in practice it takes a women first approach. Some pretty major messaging campaigns will have occur to change the public perception of the label “feminist” especially in the post “mansplaining” era.

For real, just reading about how scholars are struggling with the ideas of inclusivity and privilege in their day to day almost drives me up a wall because it all sounds so stupid to me.

Okay. We disagree. Some murders are staged suicides, but I don't think it's so common that it changes the overall suicide numbers.
Let's leave it.

@Adorno Fair. I sometimes hyperbole when making my points so we might not be in actual disagreement...

Anarion said:
but I feel like even if it is true it will still be alienating people from identifying with this struggle. Not least because moralism gets intertwined with this theory which I think is the cause of what some people call the "oppression olympics"; being part of an oppressed identity group gives what you say more weight.
Click to expand...

Not only is it the whole idea of the oppression olympics but many of the people who experience prejudice just want to be treated like normal. I'll never forget a black girl from my classes wanted so badly to get into a normal university or state college. She was so disappointed to get into a historical black college. I'm sure she had a great experience there but she wanted to be seen as a person first and was sick of being taught about all of the prejudice that comes not only from her appearance but also her gender... I ****ed up really bad with her after saying a phrase like 'it's good you're studying <insert field> it definitely needs more girls in it' like the look on her face was pure disappointment...

I feel like an ******* for talking about men's issues in a thread about feminism, I'm not trying to hijack the topic but it's impossible to talk about feminism without bringing up how prejudice works or men's issues...

Antonis said:
Out of curiousity, is there masculinism or sth similar? If only as an opposite ideology.
Click to expand...

I've heard of mensheviks, dont really know what they're doing though.

Current statistics contradict your belief. Fortunately, it was only expressed as a belief and not a fact.

Although I'm using wikipedia, the passages you should look at have been verified by outside sources: 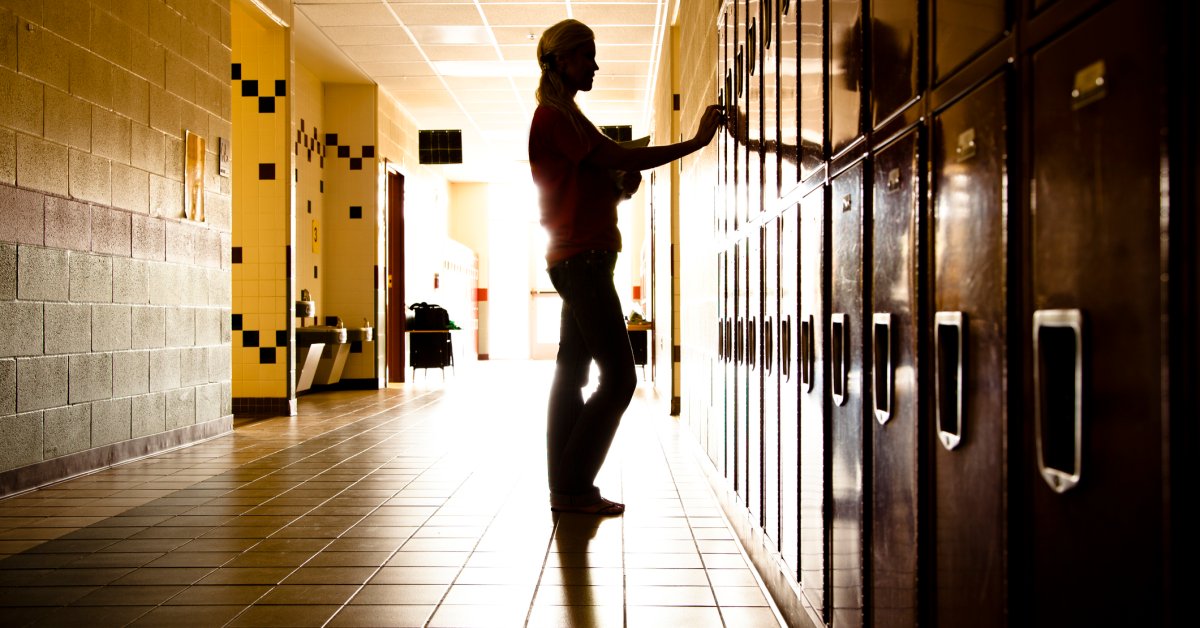 The Gap Between Male and Female Youth Suicide Rates Is Narrowing, Study Says

Rates are increasing faster among girls