Creation Kit isn't out yet, right?

CK has been out for a long while now. Or feels long enough. Think it has been around for over a month now between the closed release and open, but could be wrong as I haven't been keeping close track, only booted the game up again recently.

Survival is good, as Hirovard said. It's like the system in New Vegas, I guess, but done somewhat better in my eyes.

But... Ammo, medicals, food and water is still way too common, damage gets kinda silly (you get instantly killed in late game, high level mobs are bullet sponges, versus the vanilla non-survival bullet sponges player AND NPCs). Mods will do a good job of fixing it in the future, hopefully. Some FWE-esque overhaul is something I'm craving real bad.

Far harbour is pretty good. They got the atmosphere right and the story is decent. A bit too long though on survival, just finished it after a good 10+ hours, but that is largely due to the travel times and all that. I'd wait for it to go cheap in the distant future, though.

What? Then how come are there no REAL mods out yet aside from the type of basic **** that has been out pre-CK?

Because nobody has made any yet.

Age of Empires II: The Densetsu said:
Because nobody has made any yet.
Click to expand... 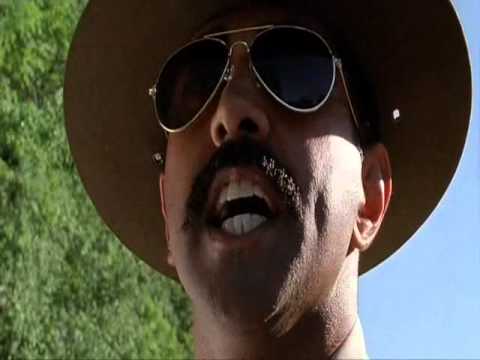 Harkon Haakonson said:
What? Then how come are there no REAL mods out yet aside from the type of basic **** that has been out pre-CK?
Click to expand...

Harkon Haakonson said:
What? Then how come are there no REAL mods out yet aside from the type of basic **** that has been out pre-CK?
Click to expand...

A mod which you need a different save file for? That's a first right?

Maybe they want to ditch the association with the goofy protagonist.

I got the game on sale expecting it to be a mediocre game that'll kill time but I was pleasantly surprised. Pretty sure I'm in the minority here, I think the story barring the last half of the third act(first arrival at Institute till end) was captivating. Perhaps the choices I made gave me a different experience from most people but I was engaged with my character's journey to find her son. Always choosing dialogue options concerning finding Shaun and humbly asking for help from the other wastelanders resulted in some touching moments, largely due to how well Courtenay Taylor delivers. Yes, I did play as a woman for my first complete play-through after quitting 30 minutes into my male character due to the incredibly bland voice acting. A parent braving extreme dangers to find their child is far from an original story but it works well with the setting. It provides a reason to explore the Commonwealth top to bottom and talk to as many people as possible. It works especially well with justifying why someone would join and work for three different factions since all three are trying to find the Institute.


Meeting Shaun/Father for the first time was my favorite moment in the game. Seriously, the voice acting is top notch and it really sells the tragedy of the situation. I think it was a good twist though many expected it. I expected it initially as well but I was genuinely thrown off because I noticed that Kellogg hadn’t aged(apparently his enhancements prolonged his life which feels like cheating but it got me so kudos, Bethesda). Anyways, at that point, it was clear I couldn't just destroy the Institute since that would involve killing my son so working with them a bit and hearing them out is a no-brainer. Though I was mostly trying to determine if the Institute was a threat, Shaun gradually became more compassionate and it is apparent that he really wants his parent to believe in the Institute as he does. Each time Shaun referred to my character as "mother" felt more meaningful than the last and he showed genuine concern for her well-being. The bizarre mother-son relationship between a young warrior woman and an old scientist that actually felt convincing to me.

That being said, the story started to piss me off when I realized I wasn't going to get real answers on the Institute's goal and methods. I kept going through the Institute quests hoping for there to be a reveal on their grand plan for the Commonwealth. More importantly, why do they kidnap, torture, murder people and replace them with synths? Why even create sentient beings for labor? Even after becoming the director I had a very vague understanding of how they were going to help people but very specific examples of their crimes. At that point I had already eliminated the Railroad(mostly for being a ridiculous joke of a faction) so I just finished off the game as Institute even though it felt wrong. At least I was the Director so I could theoretically make the Institute a true force for good. For me, the fate of the Commonwealth always took backseat to my story of the Sole Survivor and the Father, which satisfyingly concluded with a bittersweet goodbye.
All of that’s not to say that the story is outstanding or innovative. There’s definitely huge holes and contrivances but I don’t think it deserves the **** it gets. Sure, it sucks that you can’t RP any character you want like in New Vegas. But don’t let that departure from previous Fallouts prevent you from enjoying 4’s storyline for what it is. It's unfortunately a very subpar RPG, but overall, I consider it a solid overall package and I appreciate that despite how much it has been stripped of RPG elements, I still had to make very difficult ethical decisions. The plot works best if you try to put yourself in the shoes of a father or mother who has lost a child in a harsh environment. My other advice for people starting the game or new playthroughs is to play as a female, turn off subtitles and get this mod.

The main problem most people had with this game was that it wasnt like the previous fallout games. The game isnt bad at all, but people just like complaining nowadays.

I've heard Far Harbor is a step back towards the wide variety of options and impactful decision making of previous Fallout games. Looking forward to giving it a shot.

Just don't use the lever action rifle, because the reload animation is bugged. It only holds 5 rounds, if you fire one shot, when you reload, you have to wait for the character to load 5 bullets into it before you can use it. Not like in New Vegas where lever guns had a single load animation and you could easily keep the gun topped up.

Why couldn't they just let Obsidian make the game?

Many ask that question and I support the notion too.


ThegnAnsgar said:
Just don't use the lever action rifle, because the reload animation is bugged. It only holds 5 rounds, if you fire one shot, when you reload, you have to wait for the character to load 5 bullets into it before you can use it. Not like in New Vegas where lever guns had a single load animation and you could easily keep the gun topped up.
Click to expand...

Far Harbor is enjoyable for me but I wish they would fix that annoying bug, so much. Very annoying with the delayed reload as you said when you fire one shot.

Now what is next for the Fallout series after this? I've read about New Orleans being trademarked but it is just rumors for now. Nothing confirmed.

DLC plan over already? But iirc there's only been one significant piece of DLC.

Beny said:
DLC plan over already? But iirc there's only been one significant piece of DLC.
Click to expand...

Technically 2. Despite being rather short, Automatron was a decent piece of DLC with an admittedly fun quest and an interesting customization aspect with making robots. The workshop stuff is pretty much useless. They just added stuff that otherwise would be handled by mods.

Kinda scummy that they increased the price of the Season Pass and now there's no more DLC for the game in the pipeline.

Buying season passes is just as a silly as pre-ordering, don't do it kids.

Austupaio said:
Buying season passes is just as a silly as pre-ordering, don't do it kids.
Click to expand...

Well, yes. But they did say they were planning to offer something like $80 worth of DLC. Buying the season's pass when it was $49.99 seemed like a worthwhile option then. Now that it's $69.99 it's not even close to a good deal.

Well, if they said they were going to going to give you your money's worth, obviously just throwing money at empty promises was the right thing to do.

No, not the right thing to do. But a lot of people buy the DLC regardless, and don't even care about the content, often because a fair amount of mods need all the DLC required. Same thing happened with Skyrim. I didn't care at all to buy Hearthfire; nothing about it at all appealed to me. But eventually some really great Skyrim mods required it, so I bit the bullet and bought it when it was on sale.

Obviously promises aren't a reasonable thing to go by these days in an industry where developers promise the world and then offer peanuts. People are easily swayed by emotion though, and often close up when they're presented with logic. The only way to get people to stop pre-ordering and buying season's passes is to speak to their hearts.

A little help please with battle orders, something seems to have corrupted.