Everything is ruined by shortcuts and poor planning

The three best examples of this that come to mind are HBO's Game of Thrones, Disney's Star Wars Trilogy, and of course FailWorld's Bannerlord.


The showrunners for Game of Thrones (D&D) were excellent at adapting the books to the small screen, however, when the time came to write their own content (the books run out at S5 I believe) the steep decline in show's quality was obvious, and then completely flatlined in the final two seasons. The show runners decided to take shortcuts (reducing the series to 8 seasons, when GRRM & HBO wanted 13+ and cutting the episodes from 10 to 7) to finish the series. The most popular TV show of all time, completely removed from the entertainment zeitgeist virtually overnight, due to the selfishness of D&D and their misguided shortcuts.

Disney's Star Wars Trilogy was obviously a victim of shortcuts and poor planning. The shortcuts are seen through the "Mary Sue" character Rey, who can use jedi powers with virtually no training, and is just good at everything effortlessly. Nothing is earned by the character. The trilogy was obviously not planned in advance, the overall arc of the story is a confusing mess with no continuity, and its full of Mcguffins, plotholes, and just concepts that don't exist in the Star Wars universe.

And yes Bannerlord by FailWorlds. Obviously a complete train wreck of poor planning and shortcuts. A decade of development and we have a barebones games that lacks fundamentally everything the community has pined for over the years, in both SP and MP. Rather than make a compelling sequel, Failworlds took shortcut after shortcut "streamlining" the game into oblivion ("Action RPG with a sprinkling of strategy"). Poor planning has been observed throughout this entire EA; where very little has changed, and virtually 0 new content has been added to the game and worst of all major game breaking issues like smithing / siege battles have not been fixed......

If I was to rank these failures in order of personal disappointment it would go Bannerlord, GOT, then Starwars.

What do you think?
Last edited: Tuesday at 2:23 PM

nothing can fail more than GOT, the most popular show for years (finally taking "medievalish" to the mainstream instead of just its niches) thrown into oblivion after the worst ending in the history of endings.

Otherwise i agree with you, bannerlord had the formula and the community pinning all it loved from the previous games+mods+dlcs, it was just a matter of mashing it all together, upgrading graphics and voila, instant game of the year easily.

There was no shortcuts in new star wars.
"The Power Is female.
Our hero doesn't hero's path because Is already perfect.
Death Stars destroyed a single planet. Ours multiple.
Our ships are bigger.
Yoda lived 900 years old but that useless alien with glasses has more than 1000 years.
Luke Is a grumpy useless man, he didn't kept any legacy and his republic was destroyed in no time
Han sided with the very same people that robbed him twice and murdered his companions because rebellion Is good cause even when It does only evil deeds"

All new star wars Is a huge effort to piss on star wars legacy.


Bannerlord Is neither shortcut or pissing on warband Legacy. It Is just a way to run projects that doesn't exists in western countries.
They had a lot of funds and scrapped their project and recreated again from scratch many times like those perfectionist artists often do but that usually happens on pictures or movies that have shorter time to get done. Then they had both covid and less funds.

I'd definitely rank GoT as the biggest disappointment as it actually spoiled the re-watchability (if that's a word) of the entire story. Star Wars is redeeming itself, it's possible that they might almost "retcon" the sequel trilogy but anyway...

Bannerlord with a load of mods installed is still good. But yes, 'streamlining' is definitely the bane of modern strategy games, or whatever this is officially labelled.

I'd most definitely agree.

It's all due to creative bankruptcy and a bloated market that doesn't promote meritocracy (since most of the consumers are, let's be honest, casuals or people with the attention span of a hamster.) There are objectively lackluster games (like Bannerlord) and badly directed and written movies (like Rise of Skywalker) that make a ****load of money because most gamers and movie goers are morons.
TL;DR=Most people are morons, and they're ruining the world for all the others as well.
(I'm a moron btw, I bought Bannerlord on day one.)

Aurex said:
It's all due to creative bankruptcy and a bloated market that doesn't promote meritocracy (since most of the consumers are, let's be honest, casuals or people with the attention span of a hamster.) There are objectively lackluster games (like Bannerlord) and badly directed and written movies (like Rise of Skywalker) that make a ****load of money because most gamers and movie goers are morons.
TL;DR=Most people are morons, and they're ruining the world for all the others as well.
(I'm a moron btw, I bought Bannerlord on day one.)
Click to expand...

Or, you know... some people don't prioritize these kinds of media in their lives. It's just the way the world works, people will enjoy BL for what it is ignorant to the greatness of WB and its mods.

In BL's case, TW doesn't have to care about the player base that brought them up, because now we're the minority in the crowd of average joes who praise this game to no end.

It sucks DnD didn't take more time with GOT, but the books are where it's at anyways! Hope I live long enough to read it!

Yeah Disney star wars the bed, I didn't even see the 3rd one because of how bad the second was. I've wathed at least 5 hours of funny people ing all over it and taking it apart piece by piece though, good stuff.

I don't know if TW deliberately tried to take short cuts, I think it's more they had harder time translating thier original ideas into a game and had to downgrade or let it go. To me, it seems like they put a lot into early design and concept stuff but then struggled to turn that into a fully functioning game, so they had to cut a lot out. I don't know "why", maybe they though the window of relevance would close up if they didn't put out something when they did.
It's too bad, but hopefully mods for a stable version can add castle building and better faction/clan control and all the stuff to flesh it out.

Honestly I'm way more concerned about what's going to happen in the Berserk manga then any of these franchises.

I am sadly underwhelmed, in 2021, by the evolution of PC gaming anyway. So much potential c a decade ago, with the likes of Skyrim, Warband, Total War ....... and the state of the Art now ? It was all hollow promise. Why, industry devs ?

It would be really cool if they hired writers to do books or just flesh out the lore a lot more.

Ningauble said:
I am sadly underwhelmed, in 2021, by the evolution of PC gaming anyway. So much potential c a decade ago, with the likes of Skyrim, Warband, Total War ....... and the state of the Art now ? It was all hollow promise. Why, industry devs ?
Click to expand...

Totally. When I was younger I thought things would have advanced so much by now but it's basically just better graphics (not even always that) and generally trying to have a broader appeal.

Sweet baby Jebus, the drama on these forums...

I would wait for TES6 to be fully disappointed in life and gaming. Otherwise it doesn't count and there's still hope. (Okay, maybe ME4 too for those that were not crushed by Andromeda faces.)

The woke cult are spoiling everything, to many women with balls everywhere.
About games, we can notice a big improvement in graphics in the last ten years but almost none in AI, at least in gaming the AI simply stops many years ago.
Last edited: Tuesday at 8:25 AM 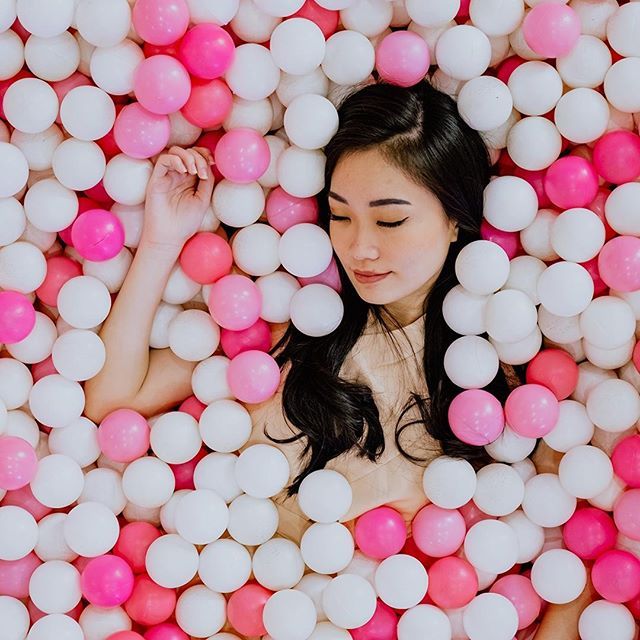 Ah, I remember the days when I saw SJWs behind everything that I perceived as bad. Thankfully I grew out of that phase when I went to college.

It can't just be bad things happen. It MUST be the people I don't like behind it, right? TW can't possibly be a managerial mess all on their own, after all.

StewVader said:
What do you think?
Click to expand...

I think that if I didn't like a game, I wouldn't waste time caring about it.

Could be better if OP could compare actual games instead of movies/series. A lot of variables on the latter are not involved in the creation of a software.

SOku said:
Could be better if OP could compare actual games instead of movies/series. A lot of variables on the latter are not involved in the creation of a software.
Click to expand...

I guess? The intersection here is my belief that all three of the above-mentioned media were ruined by shortcuts and poor planning.
You must log in or register to reply here.

Mount&Blade Is Not Only A Strategy Game with Battle and Historical Elements!

The good, yet terribly made game. Mount & Blade: Bannerlord
2 3

An Open Letter to TaleWorlds from the Kingdoms of Arda team, and the Total-Conversion Mod Community about our concerns and frustrations with Bannerlor
12 13 14