Glad to see so many of you sign up.

With this we will be closing the signups in order to guarantee everyone space and avoid serious lag issues. 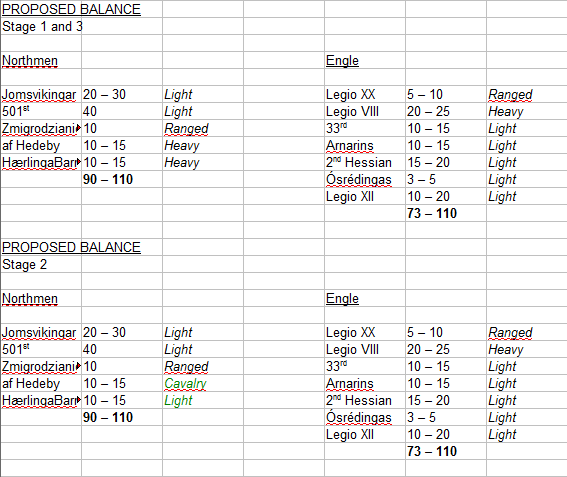 Hello everyone, it is very important that you read this post fully and thoroughly in order to enjoy tomorrow's event. I will now adress the balance, maps, stages, rules and everything else necessary for the event.

Balance
This is the proposed balance for tomorrow. Hopefully everyone turns up with their expected numbers, and we don't have to swap clans back and forth. However, as always, you should be prepared for a swap of roles/sides if necessary. Please understand this, there are lots of clans and people in the event, and we expect full cooperation from everyone when it comes to balance.

Maps and plans/Battle Stages
Stage 1: On Stamford Bridge, the armies will form a column at their spawn(The army commander will make his order of how clans are placed in the column) and then proceed to the bridge. The whole clash is supposed to stay on the bridge for as long as possible, with the shieldwalls constantly getting reinforced. Pretty simple stage/battle to get everyone warmed up and introduced to shieldwall warfare. Stage 2: We'll play several rounds on Hastings, only the first one will be a more or less historical reenactment of it, on the other rounds the teams will have full freedom to employ their tactics. Normans have no heavy infantry, but they do have cavalry, so keep that in mind. Stage 3: Now this is the most complicated, and in my opinion the most fun experience we'll have. We'll be playing the raid gamemode, a gamemode unique to Vikingr. Basically, the invaders have to burn down the houses in the defending team's village, and loot their town. Read this part for full clarification of the gamemode.
The defenders have 4 houses they have to protect from being burned down. The houses can only be burned down with torches, so keep that in mind. The defenders spawn in their regular class, however each house that gets burned down spawns villagers in the loot house(marked with a star), and the defenders will spawn as the villager bots, until they are all killed. All the defenders/invaders are spawned in waves of 30 seconds.

Once all of the four houses are burned down, the loot house is open and the invaders have to take the loot(a flag) and carry it back to the docks(to the longboats). If they succeed, they win. The defenders should from the start try to keep the invaders out of the town. The green stripes indicate doors or breaks in the walls through which the invaders can try to enter. If the invaders breach the town defenses, the defenders can either try to push them out or try to stall and defend the houses from being burned down. Vikingr Gameplay
Make sure to read this guide and practice a little with your men on the official server to avoid any confusion on Vikingr: https://forums.taleworlds.com/index.php/topic,232441.0.html

Rule Change
Edit(23:53)
Instead of two, we will be limiting standard carriers to one per clan only. That's because they provide a damage boost and passive healing to everyone around them, so we wouldn't want them to be overpowered.

Clan Name: Ilmen
Clan Thread(If any): -
Expected numbers: Around 7
We have read and agreed with the rules: Yup
We understand and accept to be on the same teamspeak with other clans provided by the hosters: Yep
Preffered faction and group type(Stage 1, 2 and 3, note that if you select Engle, you'll be Engle for the whole event, probably): Nordmen
Leader Steam URL: /id/quarrata
Second Leader Steam URL: http://steamcommunity.com/profiles/76561198015216483/
Anything else: -

Well, all I can offer is an apology to everyone for the event performance. Personal nervousness combined with not-appearing clans, server crashes and other issues didn't do this mod an event it deserved.

I think there was still some fun you could've drawn out of it, but we had a multitude of problems.

If you have any screenshots/videos, post them here. We'll delay the hosting of our next event until Easter's passed, which will likely be on a different gameplay style alltogether.

I want to thank Tor-Qel and Yngvaldr for their help in organizing and administrating the event, and Zbaraski for stepping up to lead team Engle, as well as everyone who came along and endured the event.

Thank you for the event Marko!

Thank you for hosting it, mate!

Hopefully most players could look past the issues we had and see some of the virtues of Víkingr.

Event was quite fun, thanks for hosting! 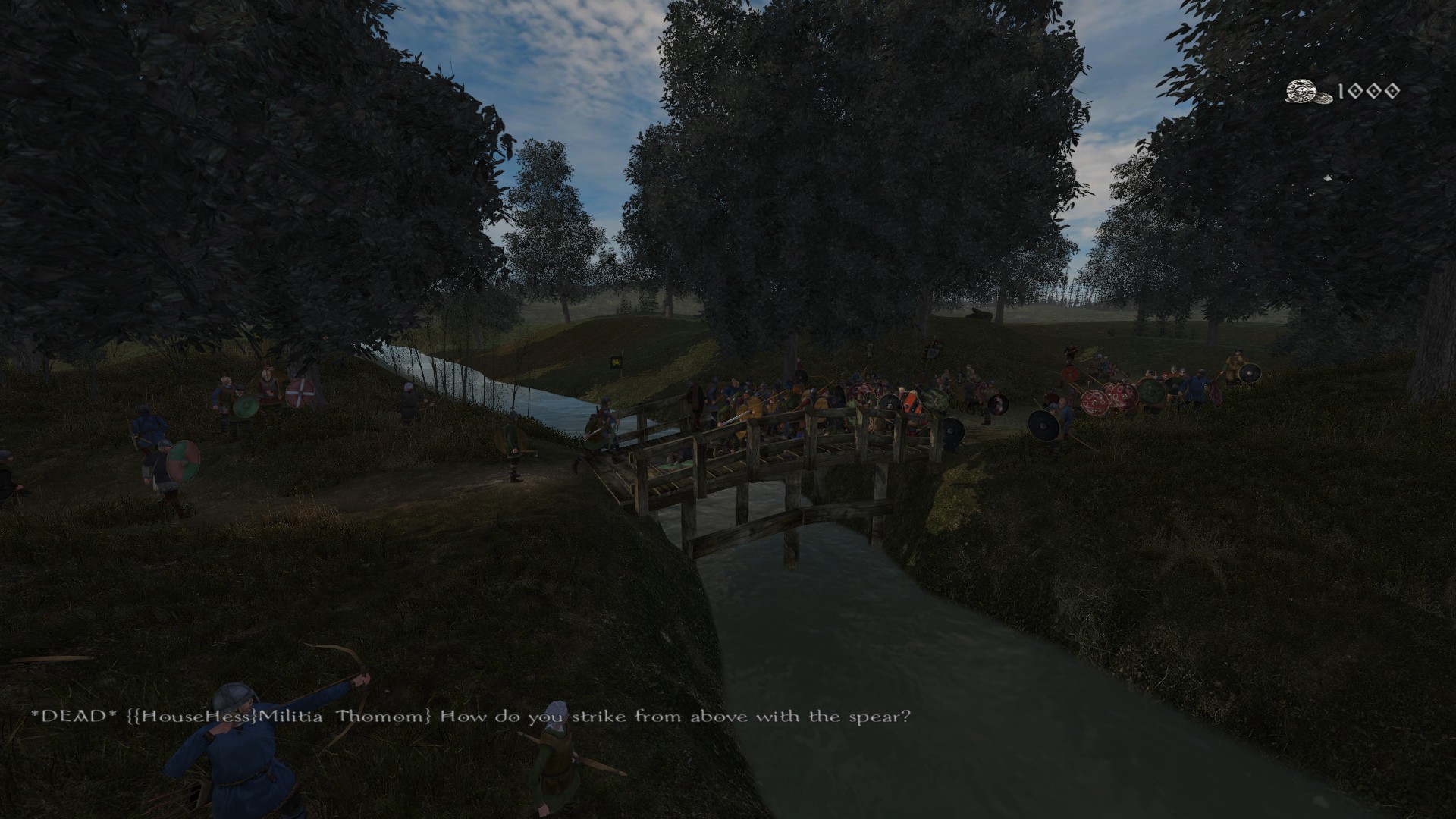 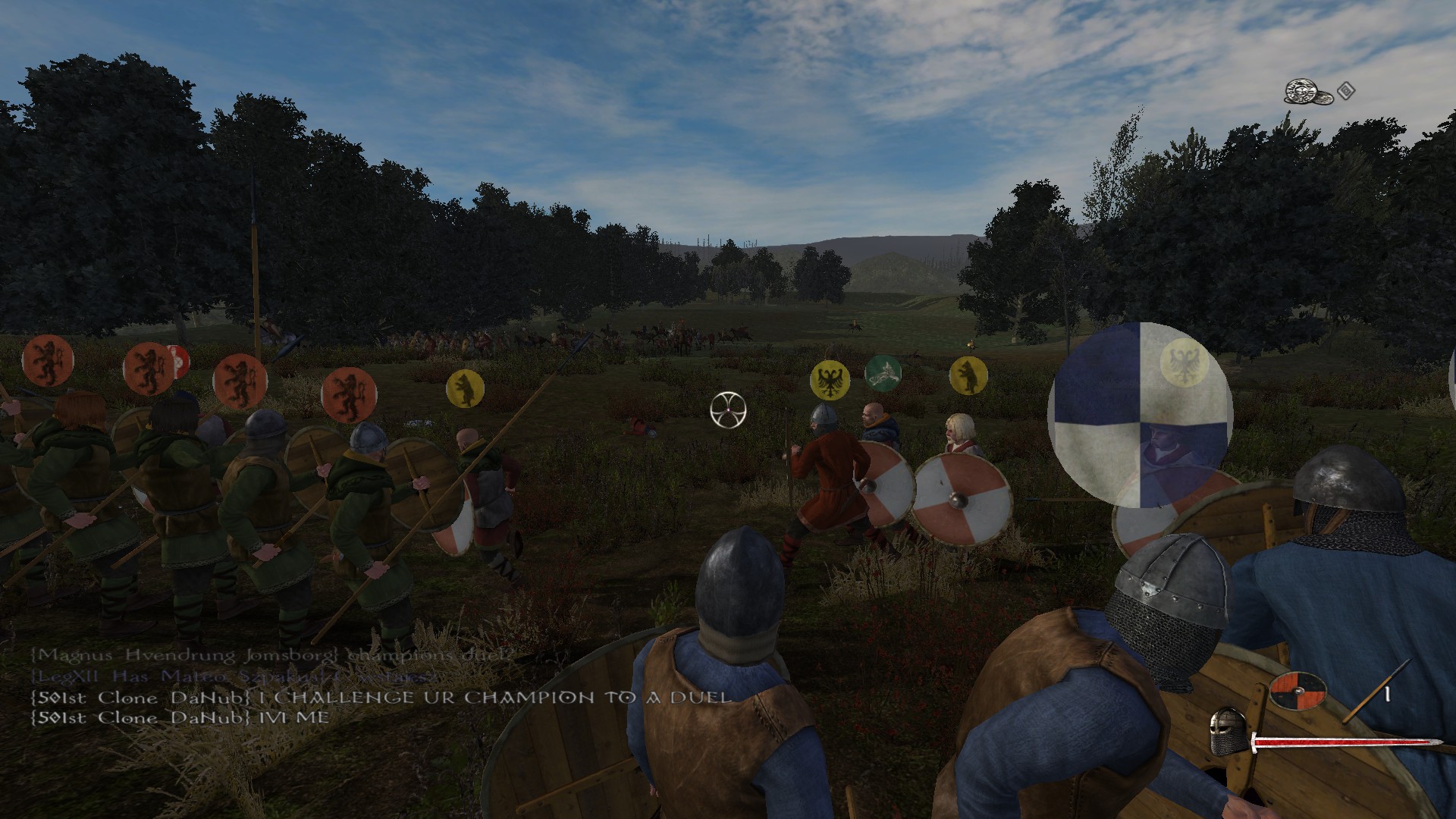 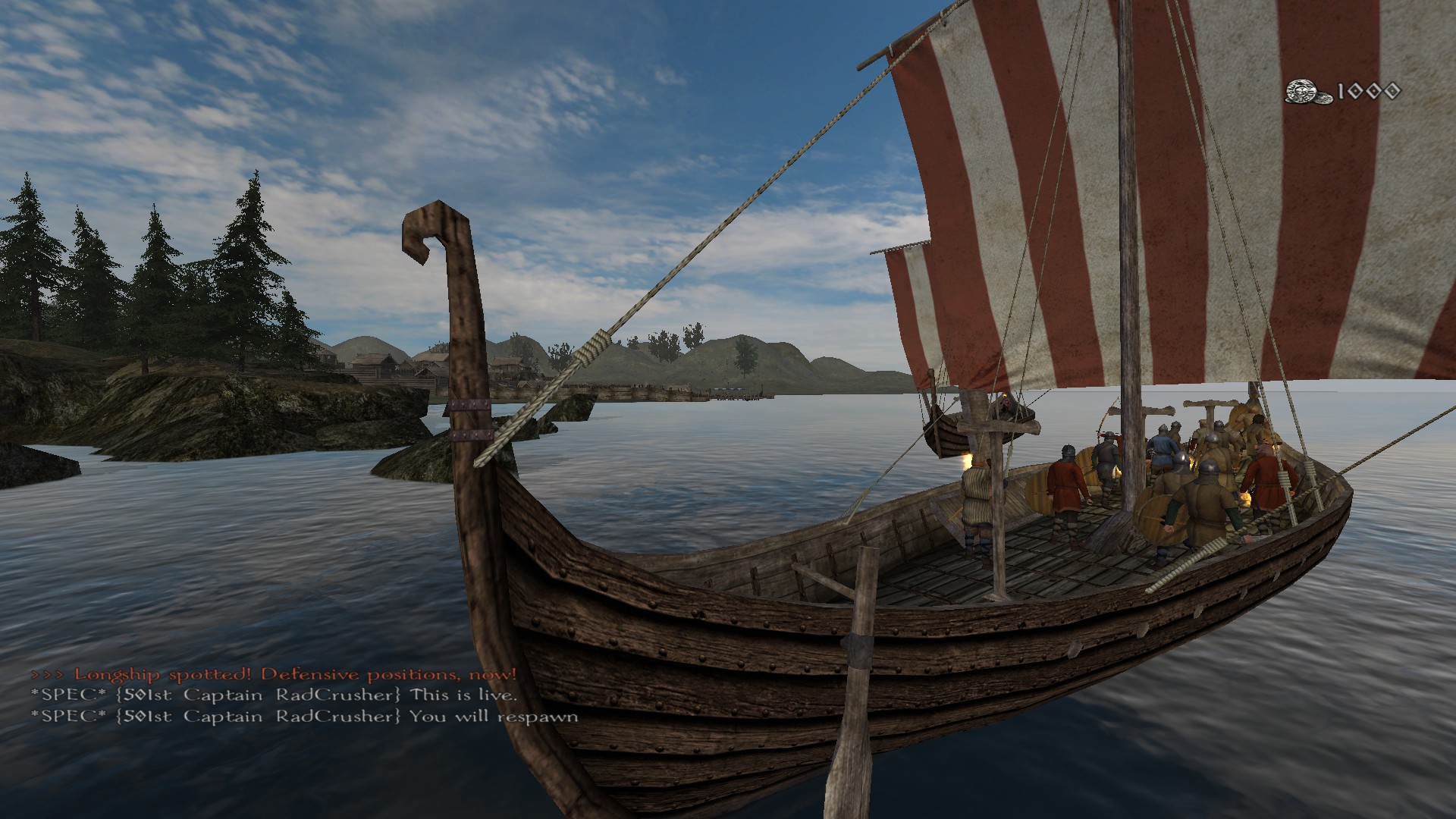 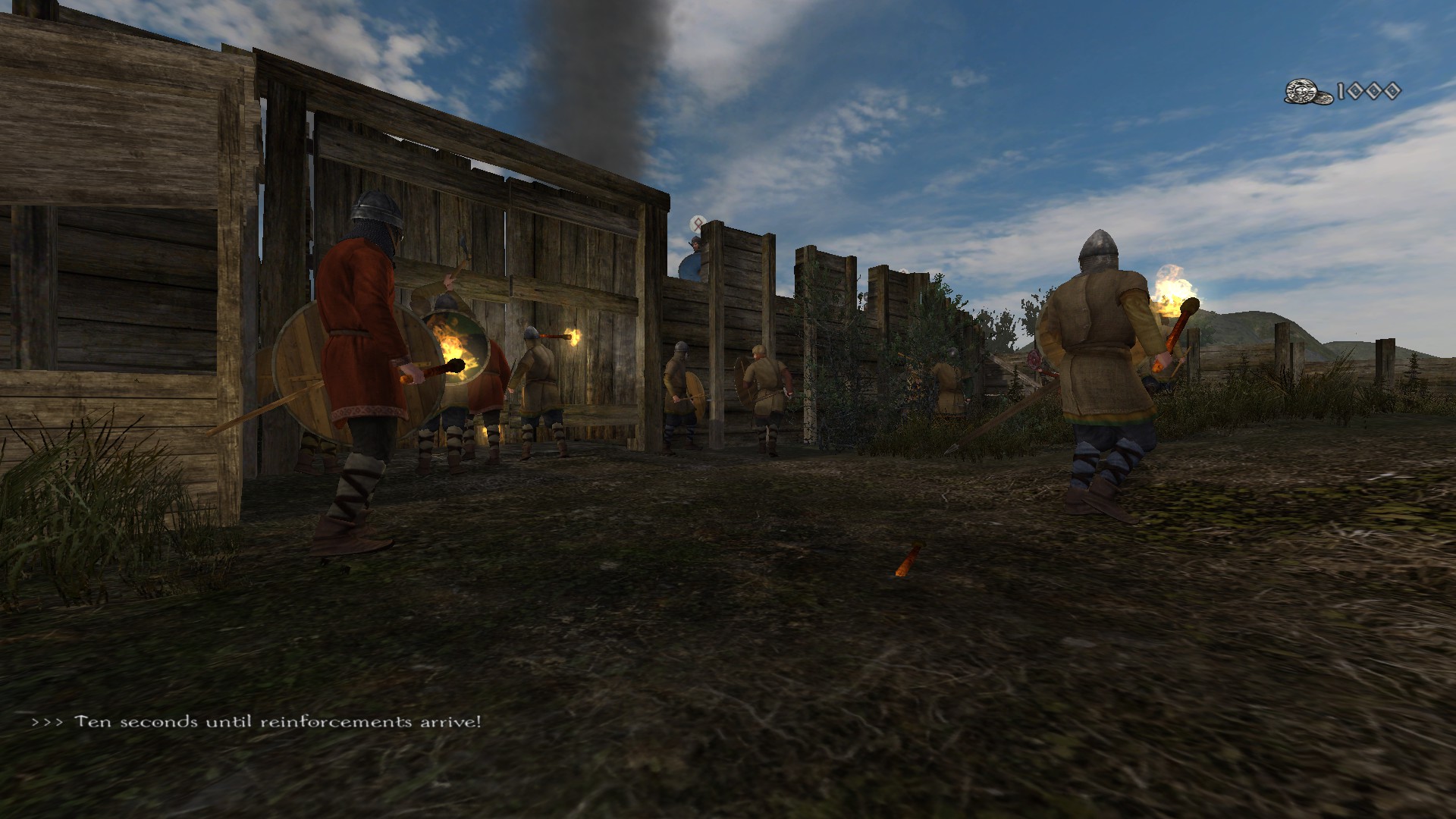 Here's a recording of the event from one of the 501st members:

Unfortunately I couldn't make it to this event, ended up being away from the 5th to the 17th, hopefully everyone involved had fun. Great screenshots and video.

Is the event still active?

This was a one-time event that happened two months ago.

If you're interested in events hosted by the Bear Force II community, you can get in touch with them through their Discord: https://discord.gg/YYkD9r7