I took an Escort Caravan quest out of Pravend and immediately noticed that the caravan:
A. Had only 9 defenders (well, that's OK - that's why they needed me!)
B. Was going 0.5 faster than I on the same terrain! (My party is under the window in the center, but in the lower right you see my speed is 4.8; whereas the window shows the caravan is going 5.2.) 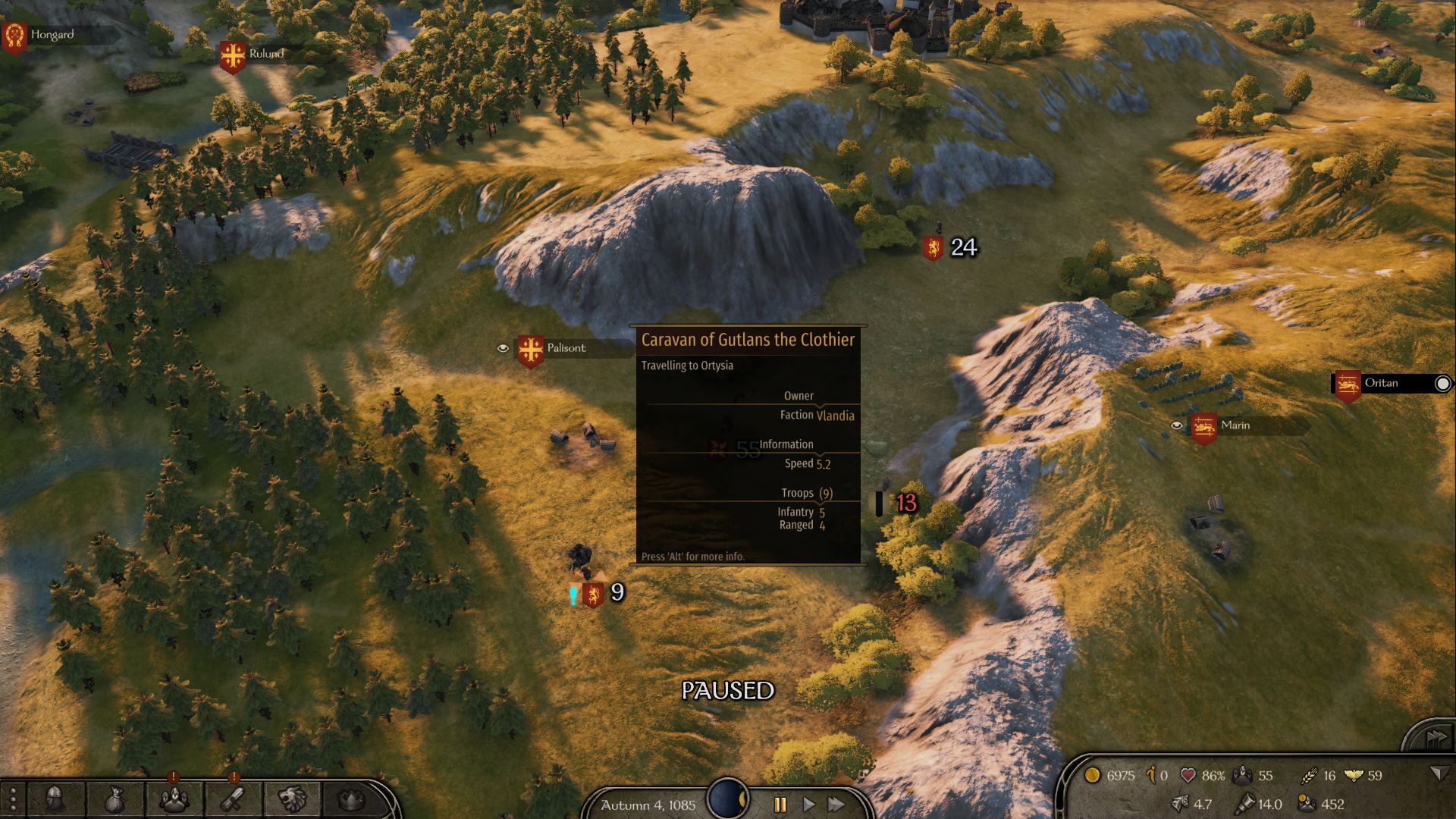 I have often noticed that caravans on these quests are typically faster than a warband. This particular quest was so bad that I lost sight of it north of Ortysia and didn't see it again until I had to save it from Looters (by which time they were down to 3 defenders).

So, BUG 1: a caravan should restrict its speed to the warparty they contracted to defend them! To do otherwise is stupid!

This particular quest required me to reach 2 destinations with them. Previously in my current campaign I only had to make one trip. OK, that's not a problem... as long as they actually go somewhere! 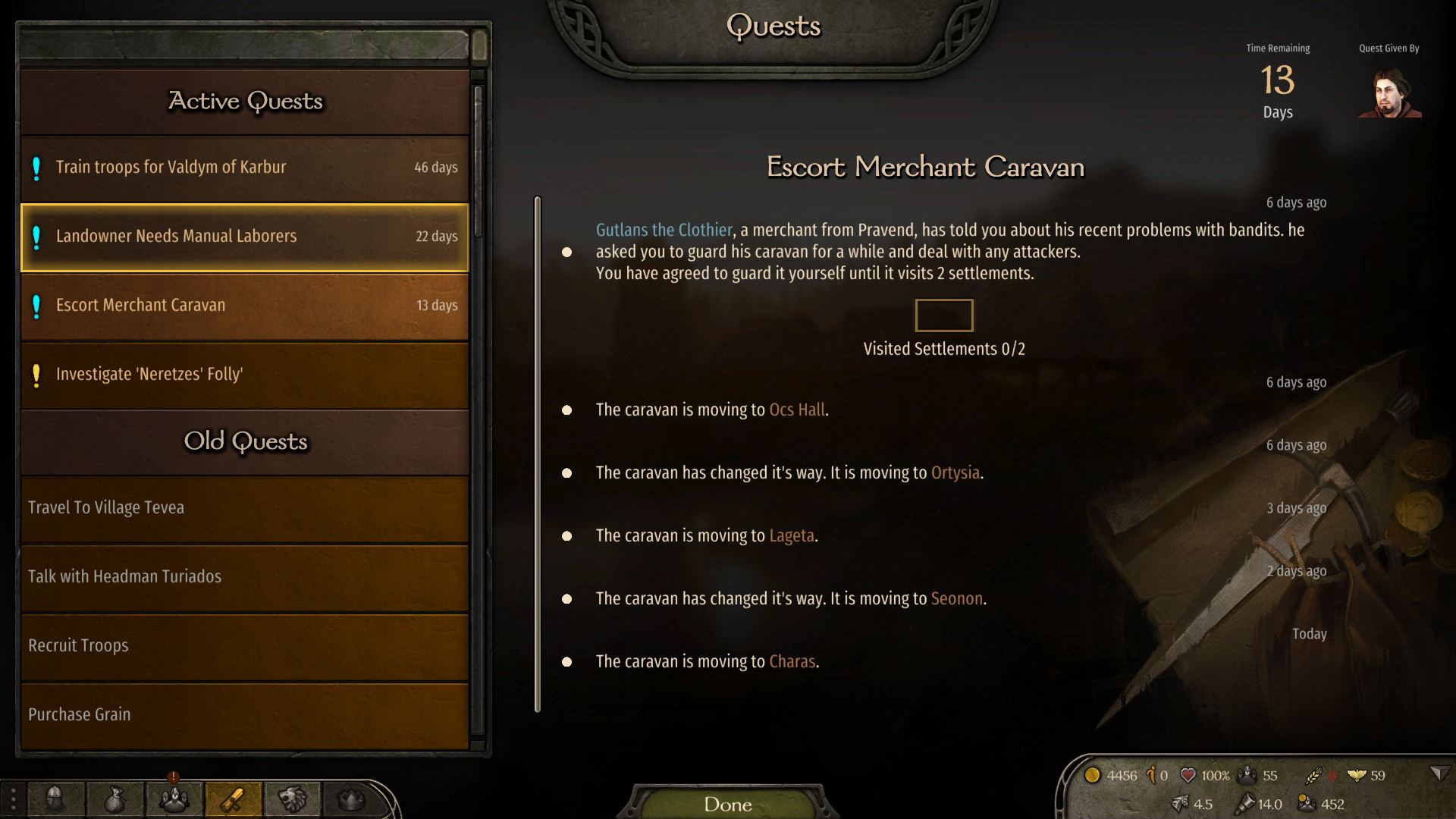 In this instance I started in Pravend and nearly got to - count 'em - FIVE cities and never got credit for any because it didn't enter them! If you look up this itinerary on the map, you'll see I went an incredible distance in this quest, and I couldn't finish it, as my soldiers started starving.

BUG 2: a caravan should GO to the place it is heading for! Changing destinations once it nears the target town is stupid- they'll never sell anything!

I believe caravan speed being unrelated to its defenders and capricious changes of itinerary have been faults since the very beginning. I have seen both over the whole EA period. I didn't find these on the open issues, though.

And just for good measure...

TechnoSarge said:
BUG 1: a caravan should restrict its speed to the warparty they contracted to defend them
Click to expand...

Hey, you can write a thread about this in our suggestions forum.

Can you please send a save file so we can inspect the "caravan changing destinations" issue further? You can upload the file to http://upload.taleworlds.com:8080/ address. Please paste the link to this thread as description so i can identify it.

The Escort Caravan quest is very buggy, the caravan doesn't stick to its original destination and will suddenly change course after a short distance.

I reported a similar bug before.

I have uploaded a save. Unfortunately, the only one I had was just after fighting off the attackers, so it is about midway through its careening route; it was attacked between Ortysia and Lageta, and probably at the time of the save had switched to go to Seanon.

Hello, i have informed the devs about the issue. Thank you for reporting it in.

I did a lot of caravan escort in my current game (started with e1.5.7 | Main).
They usualy change destination within reason :
I saw only 3 real bugs with them :

I have been informed that this issue is fixed on our development branch and the fix will be implemented with the upcoming patches. Thanks for reporting!
You must log in or register to reply here.